Rao, one of the five rights activists arrested in connection with the Bhima Koregaon case, was so far under house arrest in Hyderabad. 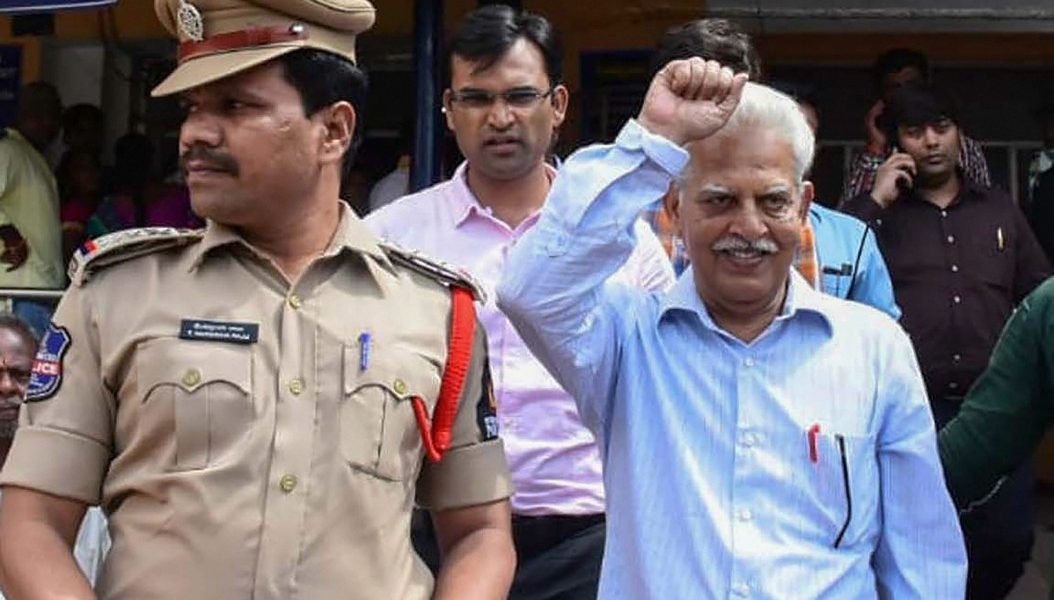 Pune: Telugu poet Varavara Rao was taken into custody on Saturday by the Pune police from his home in Hyderabad.

Rao, one of the five rights activists arrested in connection with the Bhima Koregaon case, was so far under house arrest in Hyderabad.

Joint Commissioner of Police (Pune) Shivaji Bodakhe said an extension of his house arrest, granted by the Hyderabad high court, expired on November 15.

Activists Rao, Ferreira, Gonsalves, Bharadwaj and Gautam Navlakha were arrested on August 28 after Pune police conducted raids at various places in the country in connection with the Bhima Koregaon violence case.

The police alleged that the activists had links with the Maoists, who backed Elgar Parishad event held in Pune on December 31 last year. The Parishad, the police alleged, led to the violence at Bhima Koregaon war memorial in Pune district the next day.

However, the activists were put under house arrest on the Supreme Court’s order. The apex court subsequently said Pune police can go ahead with the probe.

Of the five activists, Navlakha has not been taken into custody yet.

“He will be produced before a court in Pune on Sunday,” the officer added.

On November 15, police filed a chargesheet against activists Surendra Gadling, Mahesh Raut, Shoma Sen, Rona Wilson and Sudhir Dhavale in the same case. These five had been arrested on June 6.

The chargesheet alleged that Maoists were trying to mobilise and incite Dalits, and Elgar Parishad was part of this strategy.

Also read: Activists’ Arrests: The Exceptional Has Been Made the New Normal

The conclave “aggravated” the violence at Koregaon Bhima, the chargesheet said.

It did not name Rao, Bharadwaj and three others who were arrested in August.

On January 1 this year, Dalits came under attack at an event which commemorated the 1818 Koregaon Bhima battle.

In the battle, forces of the Peshwa, the ruler of Pune, were defeated by the British East India Company. While Dalits see the victory as an assertion of their identity as the British forces included Mahar (a formerly untouchable caste) soldiers, Hindu right-wing organisations opposed the celebration.