Babu told 'The Wire' that police did not seem to have a search warrant. 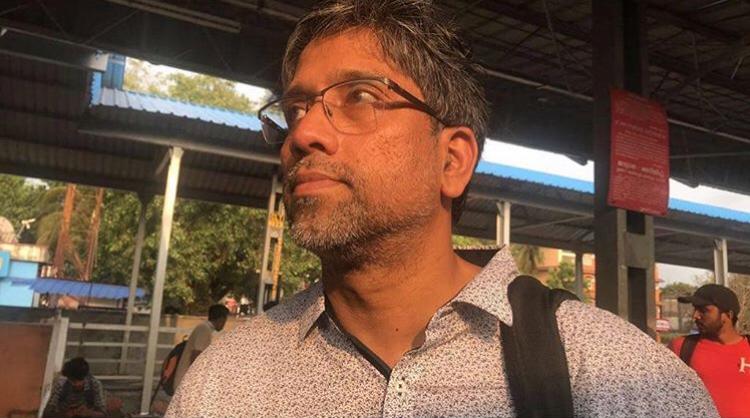 Babu, his wife Jenny Rowena who teaches at Miranda House, and their school-going daughter were home at the time of the raid. Babu told The Wire that all three were held in the house during the raids and were not allowed to contact anyone or step out of the house while it went on.

Babu also said police had conducted the raid without a warrant. “They knocked at my door at around 6 am. They said they wanted to enquire about the Bhima Koregaon case which they are investigating. My laptop, mobile phones, two booklets printed for the G.N. Saibaba defence committee, and two books were confiscated,” he said.

The two books include Yalavarthi Naveen Babu’s From Varna to Jati:Political Economy of Caste in Indian Social Formation and Understanding Maoists: Notes of a Participant Observer from Andhra Pradesh by N. Venugopal.

Babu has also been barred from accessing his email and other social media handles. “And all this was done without an official search warrant,” said Rowena.

Today Pune police entered our house at 6.30 in the morning. They said that @hanybabu (my husband) is involved in the Bhima Koregaon case and that for this, they could search the house without a search warrant. They searched for 6 hours, took 3 books, lap top, phone, hard disks

The Wire has tried to contact Assistant Commissioner of Police Shivaji Pawar, who is the head of the investigation, but several calls and text messages went unanswered.

Babu is a vocal anti-caste crusader and an active member of the committee formed for the defence of G.N. Saibaba, a Delhi University professor who was convicted for his alleged links with the Maoist movement. Saibaba, who is over 90% disabled is at present serving a life term at the Nagpur Central Jail.

The academic is well-known for his work on caste oppression, linguistics and the government’s suppression of dissent in universities. His articles include ‘Breaking the Chaturvarna System of Languages‘, ‘Converging struggles and diverging interests: A look at the recent unrest in universities‘ and ‘Unequal rights: Freedom, equality, life and liberty of citizens and “others”‘.

Babu said that since he is an active member of the human rights movement in the country, he had, on several occasions, been in touch with prisoners’ rights activist Rona Wilson and Surendra Gadling, a UAPA expert and lawyer from Nagpur. Both Wilson and Gadling were arrested in connection with the Bhima Koregaon violence of January 1, 2018. Police have claimed that the arrested were involved in the Maoist movement and have been a part of what they call “urban Naxalism”.

“I kept asking them what was all this about. Police said they are looking for leads in the ongoing investigation into the Bhima Koregaon case and that while I have not been named as an accused so far, I am a suspect. They were not ready to divulge anything more,” Babu said.

Babu said that although he found it strange that police had landed at his residence, he said he was not surprised at all. “The way police have been targeting activists and intellectuals in the country, I was not surprised. If not me, they would have gone after someone else,” he added.

In the evening, on Tuesday, Babu tweeted a statement on the raid, which in addition to what he had told The Wire, contained the essential plea that a considerable portion of several years’ worth of his work as a teacher and researcher was saved in the hard disks police had confiscated.

This is my statement regarding the police raid at my apartment this morning. @jennyrowena pic.twitter.com/aQBKoI38rp

The Delhi University Teachers’ Association has released a statement condemning the raid. Signed by president Rajib Ray, the release notes Babu’s prowess as a teacher of great calibre and a social justice warrior as well. “Such raids without search warrants are against the very essence of democracy, individual freedom, and open the door for planting evidence,” it notes.

Others arrested in connection with the case include Sudhir Dhawale, a writer and Mumbai-based Dalit rights activist, Mahesh Raut, a young activist from Gadchiroli who worked on displacement, Shoma Sen, who had been head of the English literature department at Nagpur University, advocate Arun Ferreira, advocate Sudha Bharadwaj, writer Varavara Rao and former academic Vernon Gonsalves.

In November last year, police filed its first chargesheet in the case, which ran over 5,000 pages and in which it claimed that those arrested had “active links” with the banned Communist Party of India (Maoist) and had helped organise the ‘Elgar Parishad’ of December 31, 2017, under the banner of the ‘Bhima Koregaon Shaurya Din Prerana Abhiyan’ in Pune.

The supplementary chargesheet filed early this year accused the remaining accused of participating in the crime and additionally named fugitive Maoist leader Ganapathy as the mastermind behind the Elgar Parishad.

Last year in August, Pune police had conducted similar raids at the residence of professor K. Satyanarayana at the English and Foreign Languages University (EFLU) campus in Hyderabad. Ranchi-based rights activist Stan Swamy’s house was also raided on two separate occasions. Like Babu, Satyanarayana and Swamy too had not been charged in the case when these raids were conducted. But in close similarity, police also collected electronic gadgets and books from their respective residences.

Among others named in the FIR but who are yet to be arrested are rights activist Gautam Navlakha and professor Anand Teltumbde. Both have secured protection against arrest at the high court. Police have challenged the orders.

Note: This story was edited to include the statements by Babu and DUTA.