There Is No Case. Release the Bhima Koregaon 16 and Compensate Them

A second report released on April 21, 2020 by Arsenal Computing contains more damning evidence of how files were planted on Rona Wilson's computer. 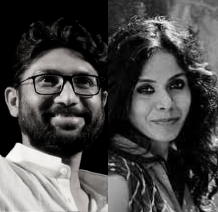 It is a year since we jointly authored an op-ed denouncing the arrest of Professor Anand Teltumbde on Ambedkar Jayanti.

We highlighted the fact that his incarceration in the Bhima Koregaon case had less to do with any so-called conspiracy, and more to do with his Dalit-centred Marxist politics, which was seen as a direct threat to the corporate-Manuvadi government of Modi.

The first raids in the Bhima Koregaon case were conducted on April 17, 2018.

Three years have rolled by, and more than 16 prominent activists, intellectuals, social workers, lawyers, cultural artists are in prison on fabricated, false charges.

At the moment, elections in four states and a Union Territory and the COVID-19 pandemic taking its toll on India appear to have given a pause to the case. However, when things return to ‘normal’, there could be many more arrests. The dragnet has been widened to target those mobilising for Dalit assertion around the country, and the National Investigation Agency (NIA) has so far summoned more than 50 people from six states.

Against this backdrop of targeted harassment of activists around the country, the two detailed reports released by Arsenal, a US-based independent digital forensics firm, that have been reported in the Washington Post and other regional media outlets in February 2021, need our collective attention and action. Arsenal meticulously looked into a copy of Rona Wilson’s laptop hard-disk and concluded that ten files were placed remotely into his hard-disk through NetWire, a malware. These files were in a separate folder which Rona Wilson himself had never created, opened, modified or viewed.

Now, a second report released on April 21, 2020, by Arsenal contains more damning evidence of how the intrusion took place and shows that 22 more files were planted. Their latest report includes data showing the hacker-attacker typing commands to deliver documents to a hidden folder on Rona Wilson’s computer – which was likened by Mark Spencer, Arsenal’s president, to the equivalent of a “videotape of someone committing a crime.”

These planted documents are not some random acts of internet hacking. These form the core of the NIA’s case against the 16 people accused in the Bhima Koregaon case. It is on the basis of these planted documents retrieved from Wilson’s computer that sensational claims were made about a plot to assassinate Prime Minister Narendra Modi.

These documents paved the way for India’s anti-terror law, the Unlawful Activities Prevention Act (UAPA), to be invoked against the accused. This law allows the state to hold them prisoner for as long as they please, with scant any recourse to bail or an early trial. Instead of finding out who hacked the computer of Rona Wilson and his co-defendants, and bringing that culprit to trial, the NIA opposes the admissibility of the Arsenal report as evidence in this case.

This leads us to the inevitable question, why has the Modi government were targeted and incarcerated the Bhima Koregaon 16?

None of them committed crimes of any sort. None of them indulged in any violence. They remain in jail on the basis of claims made by the police based on electronic evidence. Now, when the two Arsenal reports make it abundantly clear that the electronic evidence was itself planted, all claims of conspiracy fall. The deployment of UAPA suggests the “conspiracy” claims were weaponised in order to hold these activists in jail indefinitely. There has been a history of such conspiracy cases, like the Meerut Conspiracy case by the colonial state, that also invoked sedition.

What does the Modi regime hope to achieve by keeping the BK-16 in jail through any means necessary? They want to curtail their activist work, they want to silence their demands for a more democratic world, and they want to silence any noise which they make about the dangers of a Manuvadi fascist state.

We also wish to point out that the malicious prosecution around the Bhima Koregaon case is not simply about the 16 activists who have been held in jail in the most oppressive circumstances. It is also an explicit threat to anyone in India who is articulating Dalit rights, and to anyone who is challenging the corporate sell-out of this country by Modi’s regime. It is a clear example of how the state machinery can be used to crush even the faintest murmurs of dissent.

We want to use this opportunity to remind everyone that the Arsenal reports have clearly exposed that there is no basis for a case, that all the electronic evidence was planted. In the absence of any case, the only right thing to do is to release all the accused, and to compensate them for the loss of time and suffering they have endured in prison.

This is a matter of justice. State institutions cannot enjoy absolute impunity which engenders abuse of the rule of law. Violating the democratic rights of its citizens cannot become a matter of routine procedure for investigating agencies whose agenda is dictated by the ruling political dispensation. We demand compensation because we demand accountability of state structures and an acknowledgment that there has been a violation of rights.

We urge all democratic, progressive and Ambedkarite voices and movements to join the campaign to demand the release of the Bhima Koregaon 16. In these coming months, after the pandemic comes to an end, we need to dedicate our collective energies to securing their release.

Jignesh Mevani is an independent MLA from Vadgam, Gujarat. Meena Kandasamy is a writer and poet.