A Diplomat in Tribal Country: Remembering Bastar Before the Fall

A former foreign secretary revisits his notes from his time Bastar in 1971, before the district became the heart of the ‘Red Corridor’. 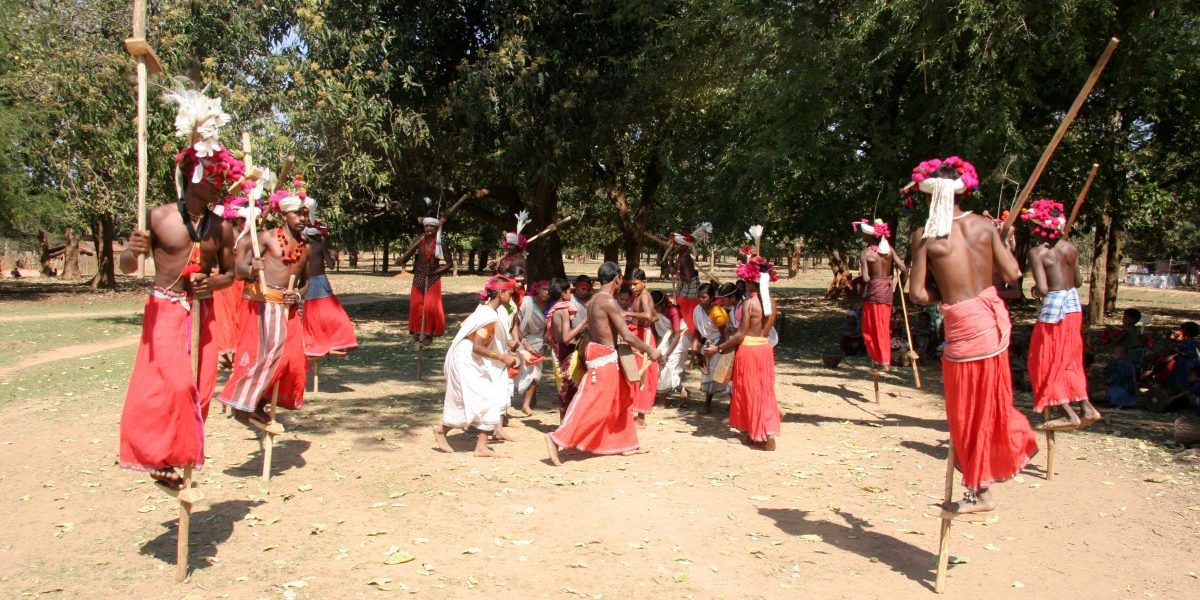 Members of the Muria tribe during a performance in a Bastar village. Credit: Yves Picq/ CC BY-SA 3.0

In May and June of 1971, as part of my training for the Indian Foreign Service, I had a five-month attachment with the district administration in Jabalpur. For three weeks, I had the opportunity to travel around the district of Bastar – then in Madhya Pradesh – with an already-legendary district collector, B.D. Sharma, a guardian and champion of the tribal communities living there.

Going through my old notes, I came across my report to the collector of Jabalpur, covering part of the period I was in Bastar. It reflects the shallow experience and even immaturity of a new entrant in the civil services, but it also captures the flavour of Bastar before it became the heart of the ‘Red Corridor’.

It also reflects how we have let down our tribal communities, who asked for nothing but a chance to live their own peaceful and uncluttered lives.

… Tribal society and life follows what at first sight seems a very dreary and drab routine.  See them after the sun sets, and any impression that one might have had about a drab life disappears.  The gentle breeze carries the strains of a now forgotten primeval music – the gentle throb of the drums, the long wail of the ‘tori’, the tribal horn and the high pitched singing of voices freed by the magic salfi, collected from the tree that stands in every tribal courtyard and then fermented.

Youth has a special place in the tribal community. Each village has a sort of youth club which is known as the Ghotul, made famous by Elvin’s dubious researches.  Every evening, pubescent boys and girls gather in the ghotul.  It’s taboo for any elder to enter.  They sit around the camp fire, talking of love and romance, narrating stories from the inexhaustible tribal folklore, drinking the soothing and exhilarating salfi, signing songs whose words they make up spontaneously and dance in gay abandon till late at night.

In Abhujmar, the girls go back to their parent’s home but among the Muria, premarital sex is not frowned upon. Marital fidelity is highly valued but not strictly enforced so that to the officious prude from the city, Muria morals are not likely to inspire generous comment.

I had opportunity to witness one of the dances at a ghotul in a village called Devgoan.  What struck me most was the fact that the boys were more lavishly attired that the girls.  They wore magnificent headdresses of feathers and beads and a belt of tinkling bells.  The girls had red flowers in their hair, set in place with a comb (now plastic, since our civilisation has moved in) and necklaces of gaily coloured beads.

They danced in simple rhythm, arm in arm, singing in that peculiarly high pitched tone which to a stranger sounds quite eerie – everyone was in high spirits and one could not help envying their utter contentment with the simple pleasures of their secluded lives.

The tribal community will have a feast at the slightest excuse.  Any misdemeanour by a member is usually punished with a feast paid for by him, for the entire village.  Even in the ghotul, where tribal social hierarchy is duplicated, fines imposed upon a recalcitrant member are usually collected to pay towards the great ‘Navakhana’ or new year feast.  Intoxicating drinks like salfi and rice beer are a must. The whole of Bastar is a prohibitionist’s nightmare.

Surviving despite the state

Government programmes have had little impact upon these people.  One witnesses a profound suspicion among them of anything that is official. Loans or even outright grants are firmly refused on the ground that later the government will confiscate whatever they have.

Their suspicions have some basis. Forests are their life. The whole tribal economy is heavily dependant upon the forests. They also feel emotionally bound to the woods among which they live. In many areas, however, the forest department has debarred them from taking any product out of the forest.

What they are most disheartened about is the government penalising them for practising ‘penda’ cultivation. This, they say, strikes at their entire way of life and their survival. It is difficult to convince them. Men of great patience are required to help them adjust to the forces they do not understand, and hence cannot accept.

It is precisely this sort of sympathy and patience that seemed lacking from most of the lower staff we met around Narayanpur. What they failed to realise was that a totally secluded society is bound to resist any drastic change in its mode of living. That the transformation of such a primitive, tradition and superstition bound society into the mainstream of cultural progress, will take time. Forcing the pace will result in the sort of disintegration and degradation that one witnessed at Bailadilla.

For the individual tribal, the security of communal living is lost and he is not well equipped to face the strong ways and means of a more cunning society. This is not a plea for putting the clock back in these areas. One would only wish to see that the change for these innocent people is gradual and above all humane.

Also read: Ground Report: Where Chhattisgarh Stands on the Last Day of the Polls

After Bastar, I had the opportunity to spend a few days with the S.D.O. at Yashpur in Raigarh district. The prominent tribal group is that of the Oraons. The Oraons in Yashpur are mostly Christians, having been subjected to a long period of missionary activities.

It is not strange that they have happily and willingly become converts. Backed up by huge resources, the Catholic missions have helped the once primitive tribals to overcome their near-destitute state. In time of scarcity, they were given free food and clothing.  In sickness, they were treated free in the up-to-date mission hospitals.  Their children were given free education in the mission schools, and above all treated as human beings entitled to the minimum respect due to a human being.

What a sharp contrast to the generally contemptuous and at best patronising attitude of the more ‘advanced’ non tribals and government officials.  True, conversions have been made with the bait of economic benefit, but it is also a fact that Oraons are today better fed, better clothed and better educated than their more unfortunate brethren elsewhere.

If the quantity and more importantly, the quality of government aid had been as good, the tribals need not have looked to the strong medicine of the white cassocked reverend father, who has now replaced the traditional ‘Shaman’ or witch doctor as friend, guide and helper.

Is it not strange that he helps the tribal to get the aid due to him from the government, by way of filling up the endless forms for him and chasing the officials concerned? How can the tribal look to the government for aid and advice, when it is so unapproachable, so distant and frustrating.

To me, it is quite obvious that unless the right sort of people are entrusted with the job of dealing with the tribals, little progress can be achieved. The usual bureaucratic machine is incapable of solving the problems of such simple communities. A greater personalised way of dealing with them is essential.

Shyam Saran is a former foreign secretary of India