The inquiry report has found that there is no proof that any of the villagers killed or injured were Maoists. However, it has not recommended any compensation for the 17 villagers killed and 10 injured. 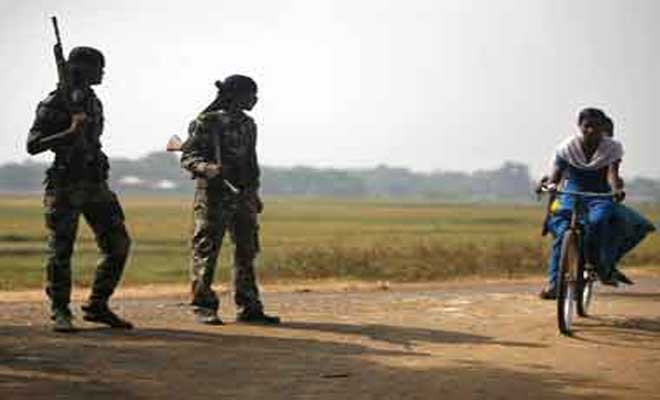 New Delhi: Nearly seven and a half years after the alleged encounter between security forces and alleged Maoists, in which 17 villagers (seven of them minors) were killed and six security personnel and 10 villagers injured in Chhattisgarh’s Bastar region, a court of inquiry has found that there is no evidence to suggest that those who were killed or injured by security forces were Maoists.

Justice V.K. Agrawal, a retired judge of the Madhya Pradesh high court who headed the single-member inquiry commission, said in his report:

“It has not been proved that the persons killed and injured in the incident other than security personnel were Naxals as there is no satisfactory evidence in that regard.”

Moreover, the report states that the claim made by the security forces that they fired in response to villagers “does not stand the test of scrutiny.”

According to the report, the firing was unilateral and conducted only by personnel of the Central Reserve Police Force (CRPF) and the state police.

“The conduct of DIG S. Elango as well as Deputy Commander Manish Bamola [who were leading the operation] of not firing a single bullet shot during the incident, as per their own admission, clearly indicates that there was no firing by the members of the meeting; because had there been firing from the persons present at the meeting both the above senior officers would have certainly fired in retaliation and self-defence,” reads the paragraph 146 of the 76-page report.

Security forces claimed to have killed Maoists in a fierce gunfight in the dense jungles of Bastar on the intervening night of June 28 and 29, 2012. Notably, apart from the villagers killed in the incident, two out of the 10 villagers who were injured – Madkam Soma and Kaka Chenti – were arrested from the hospital as display of alleged proof that Maoists were present during the incident. Both were acquitted by a local court in Bastar’s Jagdalpur last year.

The alleged encounter was projected as a major success by both the then Bharatiya Janata Party state government, as well as the Congress-led Centre. Then Union home minister P. Chidambaram went on to describe it as one of the “biggest offensives against Maoists,” in which three important leaders of the movement were killed, namely Somulu, Nagesh and Mahesh.

However, locals had insisted from the beginning that those killed were not Maoists and that this was a clear case of unprovoked, excessive and unilateral firing on the part of the security forces. A few days after the incident, a fact-finding team of the state Congress concluded that the incident “seems to be fake” and demanded a CBI inquiry into the matter. This eventually led to an apology by Chidambaram when it became apparent that those killed were indeed ordinary villagers.

“If any innocent person has been killed, I am deeply sorry. If any girl or boy or man or woman not involved with the Maoists at all has been killed, I can only be deeply sorry,” Chidambaram had said, adding “I share (Union tribal affairs minister Kishore Chandra) Deo’s sense of sadness and anguish at the loss of lives.”

Reacting to the findings of the report, Kamla Kaka, whose 15-year-old nephew Kaka Rahul was killed in the firing, told The Wire over telephone from Bastar, “Now that it has been proven that it was a fake encounter and those killed were innocent, security personnel responsible for it should be punished. If we are still ruled by the constitution then those responsible for killing innocent people should be punished.”

She was one of the first few people to raise questions about the alleged encounter. Immediately after the incident, she along with Adivasi leader Manish Kunjam and others travelled to Raipur and Delhi to meet Raman Singh and P. Chidambaram, demanding an inquiry into the matter.

Apart from Kaka and Kunjam, advocate Sudha Bhardwaj had played a pivotal role in campaigning for this inquiry to reach a logical conclusion. Bhardwaj, who was subsequently arrested in the Bhima Koregaon case and is now lodged in Pune jail on charges of being a Maoist sympathiser, was instrumental in submitting the villagers’ affidavits to the commission.

Sudha Bhardwaj who filed the first affidavit for the villagers is now falsely accused & in jail. This is what happens to those who fights for human rights. Don’t prosecute Sudha. Prosecute the forces who were responsible for this massacre. https://t.co/rHkOE7XlVu

According to Kunjam, who is based in Bastar and is president of the Adivasi Mahasabha, this is the first time that the findings of a government-instituted inquiry commission’s report has been in favour of villagers and victims.

Kunjam expressed hope that this report would have an impact over other cases such as the Tadmetla incident (2011) and the Edesmeta ‘encounter’ (2013). Kunjam, however, noted that the lack of recommendations to ensure justice for the victims of the families was a shortcoming of the report. “The commission should have recommended some sort of relief for the family of victims in terms of compensation and jobs along with the punishment to those guilty of killing innocent people,” Kunjam told The Wire.

The commission has indeed not recommended anything in terms of compensation to villagers or the prosecution of the security personnel involved in indiscriminate and directionless firing, which resulted in the killing of 17 villagers. Recommendations made by the commission largely have to do with better training of security forces, along with improved gadgets, means of communication, intelligence and relations between security forces and locals.

This despite the fact that the complainants in their written submission before the commission prayed for the registration of a new FIR against all the CRPF and police personnel who participated in the firing. They also sought a compensation of Rs 15 lakhs to the kin of the deceased villagers and Rs 10 lakhs to all injured villagers. “The meagre sums of Rs 2 lakh and Rs 20,000 already provided are not enough to compensate for the loss of life and injury,” complainants had noted in their statement.

Advocate Isha Khandelwal, one of the lawyers who represented the complainants, said the report while finally acknowledging that villagers were telling the truth from the very first day had nothing to shed light on what the state should do so that the cycle of impunity ends.

“The state government should register an FIR and make sure a fair investigation follows and the responsible officers are held accountable and suspended till that happend,” Khandelwal told The Wire, adding that accountability is what is required at the moment. “Fake encounters is a reality and this report clearly establishes that,” she added, emphasising that the harassment and killing of Adivasis must stop in the name of combating Maoists.

Meanwhile, BJP has called the ‘leak’ of the report a breach of privilege of the Chhattisgarh assembly. “This amounts to the contempt of the Vidhan Sabha. The government has committed a major crime as the judicial commission report was leaked to the media particularly when the Assembly session was on,” said former chief minister Raman Singh.

On Monday, Indian Express reported that the commission report had created “tremors within the Chattisgarh government”. According to the newspaper, while the contents of the report were discussed, some members of the Cabinet were in marked discomfort.

“The report has been with the government for over a month and the Vidhan Sabha session is on. So why the delay in the Cabinet officially taking it up? Any government needs time to peruse a report, especially one as important as this, but it could have been worse if the Cabinet was misled,” a Cabinet member was quoted by Express as having said.

Sources told the newspaper that the report was previously mentioned in the cabinet meeting on November 15. “But at the time, the Cabinet was told by officials that the report held nobody to account, and was of little purpose or value. At this point, ministers like Kawasi Lakhma, who is from Bastar, said he is from the area and what happened was wrong. Health minister T.S. Singhdeo said that it was the Congress, under the late Nand Kumar Patel, that had raised the issue of the tribals being innocent, and had demanded a judicial inquiry. But this was all on the premise that the report held nobody to account,” sources told Indian Express.

The commission report is likely to be tabled in the state assembly on Monday or Tuesday.