329 People Held at Border After Trying to Enter Bangladesh From India, Says Report

The report on 'The Daily Star' quoted Bangladeshi authorities claiming that those arrested were 'mainly from Bengaluru' and had fled fearing police action. 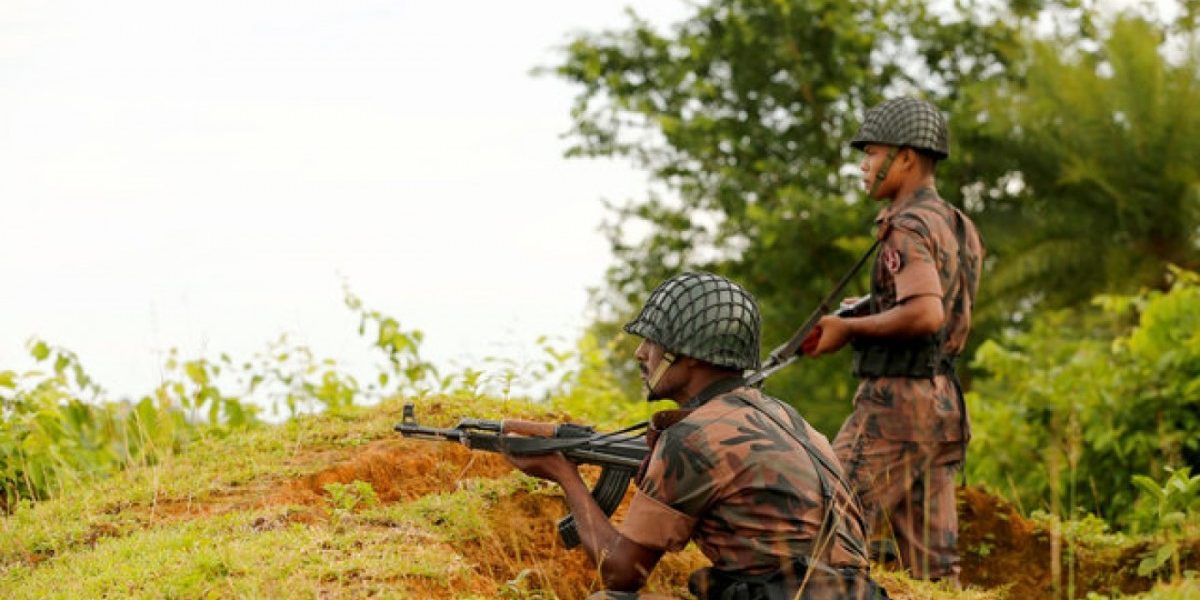 New Delhi: As many as 329 people, including children and women, were taken into custody by Border Guards Bangladesh (BGB) on the charge of trespassing into the country from India in the last three weeks, according to a new report in a Dhaka-based paper.

The report, published in The Daily Star on November 22, quoting BGB and police officials, said that those arrested “were mostly from Bengaluru, the capital city of Karnataka. Some of them had shifted to the city from Assam.” It said they claimed to be Bangladeshi citizens but were detained because they couldn’t show any documentary proof to back their claim.

“They also claimed they fled from India fearing harassment and detention by the police there.”

The report said, “The arrestees, who entered the country through the borders in Jhenidah and Jashore’s Benapole, were detained by the Bangladesh Border Guard and handed over to police. They were sent to district jails by courts after cases were filed against them for trespassing.”

Among those held between November 1 and November 10 by the BGB Battalion-58 posted in Jhenidah, 67 were minors, 69 men and 78, women. They were said to have entered Bangladesh through the border points at Jaluli, Polianpur and Khashalpur in the Maheshpur upazila.

Rahedul Alam, the officer in-charge at the Maheshpur police station, told the newspaper that as many as 17 cases have been filed against them at the station.

Habildar Moktar Hussain of the 58 Battalion, who told the English daily that those arrested “were mostly from Bengaluru, the capital city of Karnataka. Some of them had shifted to the city from Assam,” was also quoted as saying, “Many of the arrestees claimed that they had gone to India from Bangladesh four to five years ago, but came back fearing detention by Indian police.”

Lt. Col. Kamrun Ahsan, the director of the Maheshpur BGB-Battalion-58 was also quoted as saying that those arrested “went to India four to five years ago”. He said the BGB has been detaining such people from the beginning of November, adding, “Most of them are Muslims”.

The news report also gave more details about a few detainees who claimed to have entered India from Bangladesh without documents and returning “in the face of heightened vigilance by Bengaluru Police.”

The Wire had collated local news reports from Bengaluru on October 27 stating that as many as 60 persons, including minors, were rounded up by the state police on the charge of being undocumented Bangladeshi immigrants during a raid in three shanties across the city.

The Karnataka government is also constructing a detention centre for undocumented foreigners, which will be the first outside of Assam. Assam has six such detention centres, while one more is being built in the state’s Goalpara district.

On November 21, Union home minister Amit Shah told the parliament that aside from Assam, the exercise of the National Register of Citizens (NRC) would be conducted across the country. The updated NRC in Assam left out nearly 20 lakh applicants who would now need to approach the foreigners’ tribunals to reclaim their Indian citizenship. Those left out include both Hindus and Muslims.

Though the ruling BJP has been turning the promised deportation of ‘illegal Bangladeshis’ into a poll plank since the 2014 general elections, raising the pitch it in the 2019 polls to polarise voters, it has also diplomatically termed it an “internal matter”.

While H.T. Imam, political advisor to Bangladesh prime minister Sheikh Hasina, was quoted in news reports in 2018 stating that Modi had “assured” Hasina that those left out of the final NRC in Assam would not be deported to Bangladesh, Indian external affairs minister S. Jaishankar too called it “an internal matter” at a press meet in Dhaka in August.

However, in the end of September, Hasina raised her concerns about the matter in a meeting with Modi in New York. Bangladesh foreign minister A.K. Abdul Momen later told reporters that Modi told Hasina that there “will be no impact on Bangladesh and there is no need to be worried about it”.

The report on the arrest of these 329 people entering Bangladesh and claiming to be Bangladeshi citizens is the first instance of such a reverse migration that has made it to news since the issue around the Assam NRC heated up.