BHU Debars 11 Students for Leading 2017 Protests Against the Administration

Two of the 11 students who were disqualified by BHU have already left the university; the fate of the remaining nine is contingent upon their "good behaviour". 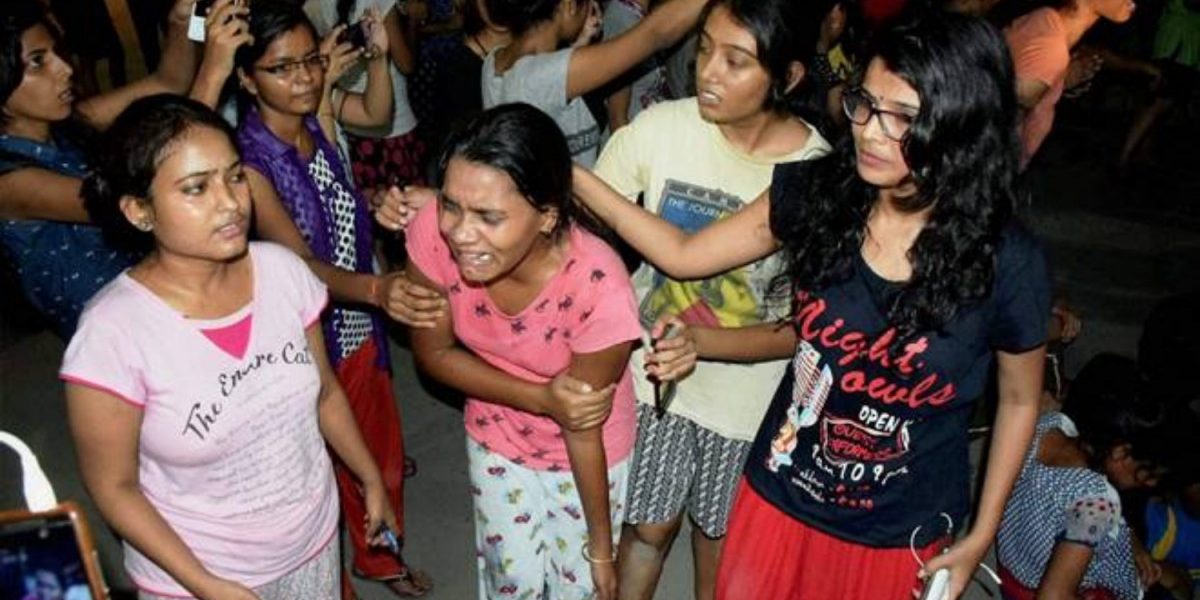 Multiple students were injured during protests against the BHU administration in 2017. Credit: PTI

Varanasi/Banaras: The 11 students who led the protests against the sexual molestation of a female student on the campus of Banaras Hindu University (BHU) have been barred from taking up courses in the future. The order of the standing committee comes after students objected to proctor Royana Singh’s statement that the September 2017 protest was “sponsored”.

In September 2017, thousands of students, mostly women, protested when a BHU student was allegedly molested by three men on campus. LiveWire reported that when the woman went to the proctor and warden to file a complaint, she was turned away, her claims were dismissed. Instead, she was accused of being responsible for the incident. Out of anger, students started protesting and demanding a more secure campus.

The peaceful protest eventually turned violent as the police lathi-charged the crowd, injuring several students in the process. The story attracted national attention and resulted in the vice chancellor, G.C. Tripathi, going on indefinite leave. On April 25, 2018, a committee headed by former high court judge V.K Dikshit issued a report giving Tripathi a clean chit and stated that the student protest was “politicised and sponsored”.

Also read: A Year Ago, BHU Students Protested Against the Administration. Now They’re Getting Debarred

Subsequently, the newly appointed proctor, Royana Singh, made the same declaration – labelling the protest ‘sponsored’ – during which pizzas and soda was distributed. The students accused the proctor of maligning them and approached her on May 2 but were met with no response. The next day, Singh constituted a standing committee to probe the matter and lodged FIRs against 11 named students –including charges of attempted murder – at the Lanka police station. Singh alleged that the students presented themselves at her office without an appointment and attempted to force their way in by breaking the glass on the door. The attempted murder charges, however, have now been dropped due to insufficient grounds.

On July 24, the BHU standing committee invoked the provisions of ordinances in its charter and charged the 11 students with acts of vandalism, assault, dharna and pradarshan. The Times of India procured the 145-page order issued to the students. Out of the 11 barred students, two of them have transferred to Delhi University and Jawaharlal Nehru University respectively, the Times of India reported. Before leaving, both students made statements that they were harassed by BHU authorities.

According to a Times of India report on November 6, the order is based on “[an] examination of oral and written statements of students, Singh and staff”. The order states that a group of female students were “shouting abusive and anti-university slogans and demanding the chief proctor herself give [an] explanation on her alleged interview regarding the incident”.

The order also notes that the protest at the main gate “disrupted the flow of traffic and movement of patients in BHU” which constitutes a “severe act of indiscipline and warrants disciplinary action”. The order ultimately recommended debarring the concerned students from the university due to their refusal to “accept their mistakes”.

Nine out of the 11 students continue to be enrolled in their master’s programme but are barred from taking up any courses at the university in the future. However, the Times of India reported that BHU indicated that it would be willing to reconsider the committee’s decision on the 11 students if they keep their behaviour “in check” for the next six months.