Attacks on RTI Activists Are Rising. We Need Accountability Laws.

The recent attack on an RTI activist in Rajasthan's Barmer must be seen within a larger culture of violence in the country, being perpetrated to settle scores while the state says nothing.

The Right to Information (RTI) application has long since drawn violence for its use as a tool to disrupt the corrupt status quo in the country and another such incident has recently taken place in Rajasthan.

Amra Ram Godara, a farmer and RTI activist from Chimniyon ki Dhani, Barmer was abducted in a white Scorpio on December 21, brutally beaten and left near his house in a near fatal condition. He suffered multiple injuries; his hand was fractured, nails were shot into his legs and he was forced to drink a bottle of urine.

Godara had asked several questions of the Kumpaliya village panchayat relating to the Mahatma Gandhi National Rural Employment Guarantee Act (MGNREGA): underpayment of workers who constructed a rain water harvesting tank; corruption in road construction; arbitrary allotment of housing under the PM Awas Yojana (Grameen) and the illegal liquor trade going on in the village. He had raised these issues during a ‘Prashasan Gaon Ke Sang Abhiyan‘ camp, a special, village-level programme by the Rajasthan government to resolve grievances.

The issues were raised on a legitimate platform, protected by rights conferred by the RTI Act, yet Godara was assaulted. Four of the guilty have been apprehended, but justice for Godara is still far away. It will be a long time until he recovers from the injuries and can once again support his dependent family.

The brutal and inhumane manner in which Godara was attacked and the increasing number of such attacks on RTI activists and other human rights defenders for using legitimate, legal processes raise some troubling questions about our polity.

After the incident with Godara, another RTI user was attacked in Barmer, this time in Balotra, following which a third person was threatened on WhatsApp for filing RTI applications. FIRs were filed in both instances but action by the police and the administration seems insufficient to deter such attacks.

More than 100 RTI activists or users have lost their lives since 2011 in their fight for the most important currency of power – information. Hundreds more have been attacked all over the country for seeking a less corrupt government and a more ethical society. RTI and other activists demanding ethical governance are under attack, not just because they expose the corruption in the government but also because they are the torchbearers of a revolution; because they seek a devolution of power in a participatory democracy where every person is sovereign.

It is imperative in this socio-political scenario to protect those who are ready to speak truth to power. Section 4 of the RTI Act puts an obligation on the concerned authorities to provide all the information related to the functioning of the government in the public domain and on their respective websites. When an RTI activist is attacked, the Information Commission must disclose all the information sought by that person on its web site. If perpetrators of violence know that such attacks will not suppress information but amplify it, the violence may be mitigated to some extent.

The Whistle Blowers Act (WBA), passed by Parliament in 2014, has still not been notified by the Union government. The protection of whistleblowers is a big challenge, especially in a country like India. The RTI Act has converted every RTI user into a potential whistleblower and providing protection and anonymity to each and every one of them is an almost impossible task. Innovative methods need to be thought of to prevent these targeted attacks.

Also read: Maharashtra Has the Dubious Distinction of Recording the Highest Attacks on RTI Activists

In the year 2012, following a series of attacks, including one in Barmer, the RTI campaign in Rajasthan demanded and had instituted a protocol where any attack on an RTI user or anyone filing a complaint against corruption would draw an immediate mandatory response from the state government. This response would entail a state government team being sent to audit the institution where the original RTI query or complaint had been filed. This resulted in the uncovering of corruption on a much larger scale and helped convey the message that any physical attack would result in much stronger action against the entire institution.

The recent attack on Godara has also resulted in a similar order, passed on December 27, under which a three-member committee has been constituted to look into the issue.

The increasing acts of violence on information-seekers rekindled demands for an accountability law which would make public servants accountable for their sundry acts of omission and commission in the delivery of public service. What this needs is an independent grievance redressal mechanism, including social audits. Through this, activists like Godara, fighting lone battles against corruption and lack of accountability, will get protection. The people calling for this grievance redressal law realise that, while information serves to disclose wrongdoings, it does not alone fix accountability on the authorities.

This incident is located within a larger culture of violence being perpetrated to settle scores while the state says nothing. The Union government’s deafening silence on the recent Dharma Sansad in Haridwar where Hindutva leaders openly called for the genocide of Muslims is a case in point. The state has been shirking its constitutional duty to enforce the rule of law and book those behind provocations which incite violence. The impunity granted to such acts, violating all constitutional guarantees, will allow multiple vested-interest groups to use caste-religion combinations to further promote corruption and violence. 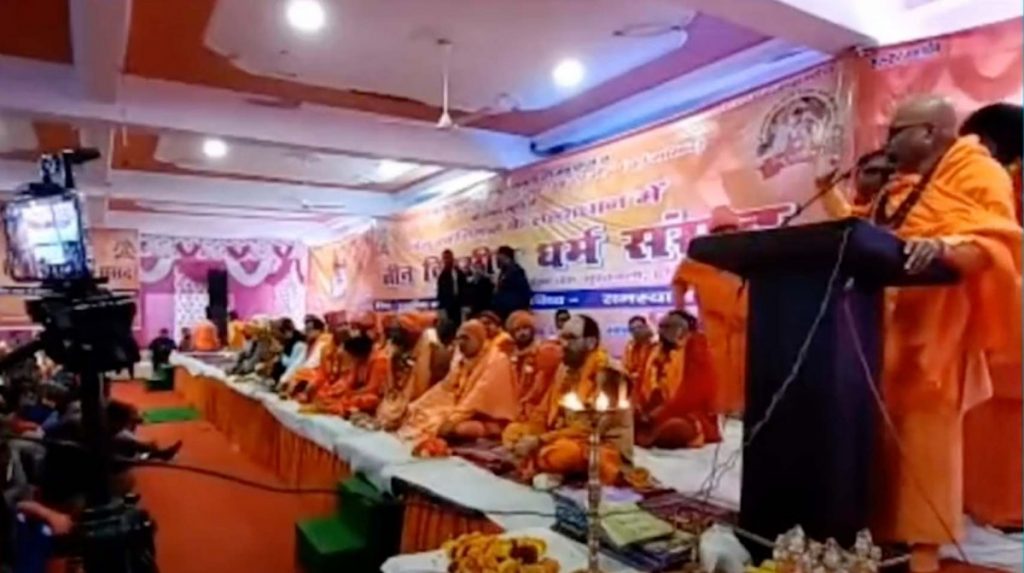 While we question the executive and elected representatives, we must also address the question to ourselves. How and why have we allowed this culture of violence to grow and develop? The contemporary social sanction given to violence has cultivated insensitivity and self-righteousness among ordinary citizens who are now more ready to settle scores using violence. This mode of thinking is irrational and comes at a great social cost, often leading to fatalities. Once the role of an authority like the state, vested with the specific task of ensuring compliance with the rule of law, is weakened, people take the law into their own hands and all hell breaks loose.

But this violence would not find encouragement if people at large did not condone it. There is a need to introspect and take urgent action to build a country which is based on the ethics of the rule of law; of non-violence and compassion. As Bell Hooks, African-American feminist civil rights activist, rightly said, “The politics of love is the most powerful antidote to the politics of domination.”