In contrast to the Supreme Court's ruling, people were asked to travel more than 300 km within 24 hours to appear for the hearings. 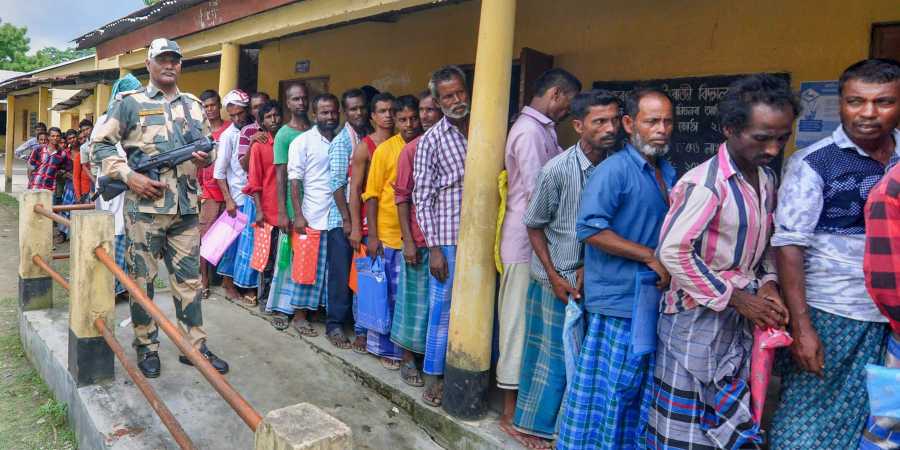 New Delhi: Many parts of lower Assam were struck by panic after several people, mostly Muslims, who have been included in the draft National Register of Citizens (NRC) were issued notices to attend “re-veritication” hearings.

In Muslim majority villages such as Kanahara, Goroimari, Sontoli, Kalatoli, Topamari and Maligari, in Kamrup district, almost 50% of the residents received similarly notices, almost simultaneously, The Hindu said. All those who have been issued the notices are included in the draft NRC.

Amid the panic, a road accident was reported around 11.30 pm on Sunday. According to Scroll, a bus traveling from Kamrup to Golaghat, transporting people to the NRC hearings, collided with a truck carrying hot tar. Several people, including children, suffered burn or other injuries, the report said.

Last week, the BJP-led government released figures of district-wise exclusion from the NRC to make another case for the sample re-verification. The figures show that most Hindu-majority districts have higher exclusion than Muslim-majority ones. The data, however, doesn’t tell if those excluded were Hindus or Muslims.

Meanwhile, Scroll reported that though the rules dictate that people should be given at least 15 days notice before the re-verification hearing is held, the fresh batch of notices gave applicants barely 24 hours.

The notices cited the Citizenship (Registration of Citizens and Issue National Identity Cards) Rules 2003, which were amended in 2009. “The Standard Operating Procedure that the Centre came up with for the NRC exercise say that a person has to be given at least 15 days to appear for a hearing. In a sudden bombardment of notices on August 3, people have been asked to go to faraway places for hearings on August 5, 6 and 7,” senior advocate H.R.A. Choudhury told The Hindu.

The sudden notices also violate the Supreme Court’s directive issued on April 10, when it had said that people should be called for hearing to a centre within a convenient distance in the same district. “The notices have also violated the SC ruling on July 23 against the government’s plea for re-verification,”  Choudhury told the newspaper.

Officials claim they are performing their duties in accordance with the rules, with one circle officer telling Scroll, “We have the right to call for a hearing even an hour before the final version of the NRC.”

The officer also claimed that the notices were issued only to people who could not prove their citizenship “beyond doubt”.