The Story of Atabor the Bandit, or How the NRC Reinforces Divisive Narratives

By imposing a narrow nationalist register, the NRC has merely highlighted the impossibility of discerning who belongs where. 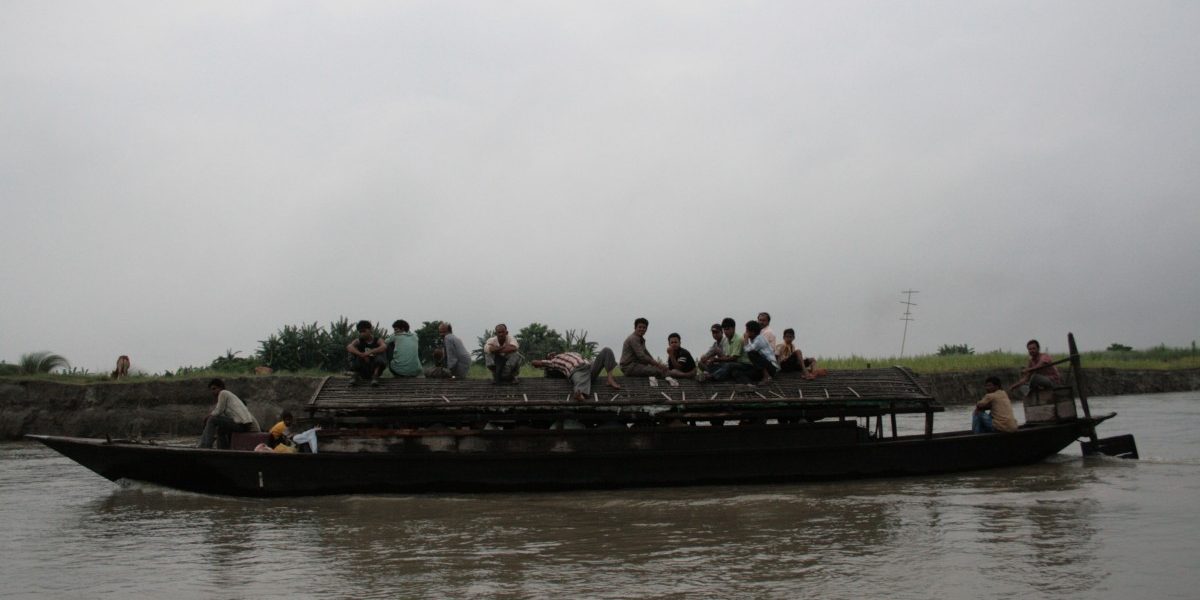 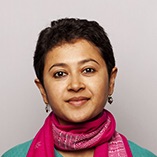 On July 30, 2018, the final draft of the National Register of Citizens (NRC) was announced – minus the names of 40 lakh people in Assam. The rationale for implementing this lengthy process to list ‘citizens’ was to identify Bangladeshi migrants who reportedly compromise India’s national security and amplify land and identity politics in Assam. Although this effort was invariably cast in a language of law, security and order, my research in the region suggests that such policies have precisely the opposite effect. By imposing a narrow nationalist register, the NRC has merely highlighted the impossibility of discerning who belongs where. The NRC neglects Assam’s complex geographies, as well as the arduous histories of both Bangladesh and India.

I first travelled to Assam in 2007 on dissertation fieldwork, seeking to explore the life-worlds of undocumented Bangladeshi labourers. My Assamese friends in Guwahati suggested that lower Assam’s border char (seasonal inland) areas may be a good location for fieldwork. In these shifting territories, the mighty Brahmaputra’s waters created and recreated land; the river and its numerous tributaries also made these locations thriving centres of trans-border business. There, I encountered indignant Assamese farmers rather than Bangladeshis. At the slightest mention of Bangladesh, senior householders retrieved their property and identity documents out of old tin trunks. Insisting that they have tilled Assam’s land for generations, they angrily waved these documents.

I sat in during two Foreigners Tribunal hearings in Assam. Assam’s specially constituted border police – who identified people as ‘suspected Bangladeshis’ – channelled Hindus and Muslims, rich and poor into nondescript buildings that housed the tribunals. Those summoned held that the police had not interrogated them or visited their houses. Others claimed that jealous neighbours had unjustly framed them. Some insisted that their own family members who intended to deprive them of land inheritance used these tribunals to serve their agenda. Yet, others said that even after the tribunals had reinstated their Indian citizenship, neighbours continued to suspect their credentials.

Police officials casually mentioned “push-back check-points”, from where Indian troops physically pushed unauthorised Bangladeshis out of Assam. “Push-backs” were routine statecraft. When Bangladeshi border guards did not push people back into Assam, they invariably returned on their own.

Since the publication of the NRC final draft, we have read many critiques of this process. Let me complicate the critiques with a story about Atabor, the bandit from a char in Bangladesh. In the border chars, almost every village had a legendary figure in the guise of a fearful bandit. In Bangladesh, villagers stated that they feared raiders from Assam, contrary to what I had heard in Assam. In Assam’s chars, villagers demoted local raiders to petty thieves capable of stealing one or two cattle heads, but feared raiders from Bangladesh. Atabor the famous bandit was a household name. Everyone agreed that he could even tell the precise time by gazing at the stars.

One morning, Atabor’s son came searching for me. Completely unknown to me, a rumour had spread that I had travelled from Assam to search for my relatives in Bangladesh. More than my identity as an Indian Bengali from Kolkata, my connections to Assam influenced my fieldwork in Bangladesh’s chars. The news of my arrival had reached the deceased Atabor’s wife, Rupaiya Begum. Her neighbours made her feel guilty that she had not checked up on the girl from Assam. She at once sent her son to locate me.

That morning, six men arrived on three motorbikes and rudely circled the courtyard, leaving a trail of spiralling dust. Hearing a man loudly screaming at my host, that she was insulting him and his mother by sheltering me, I hurriedly rushed out only to face six hefty muscular men who towered over both of us. After an angry exchange, when we all agreed that I was not related to Atabor, we drank tea. Amicable conversations continued. 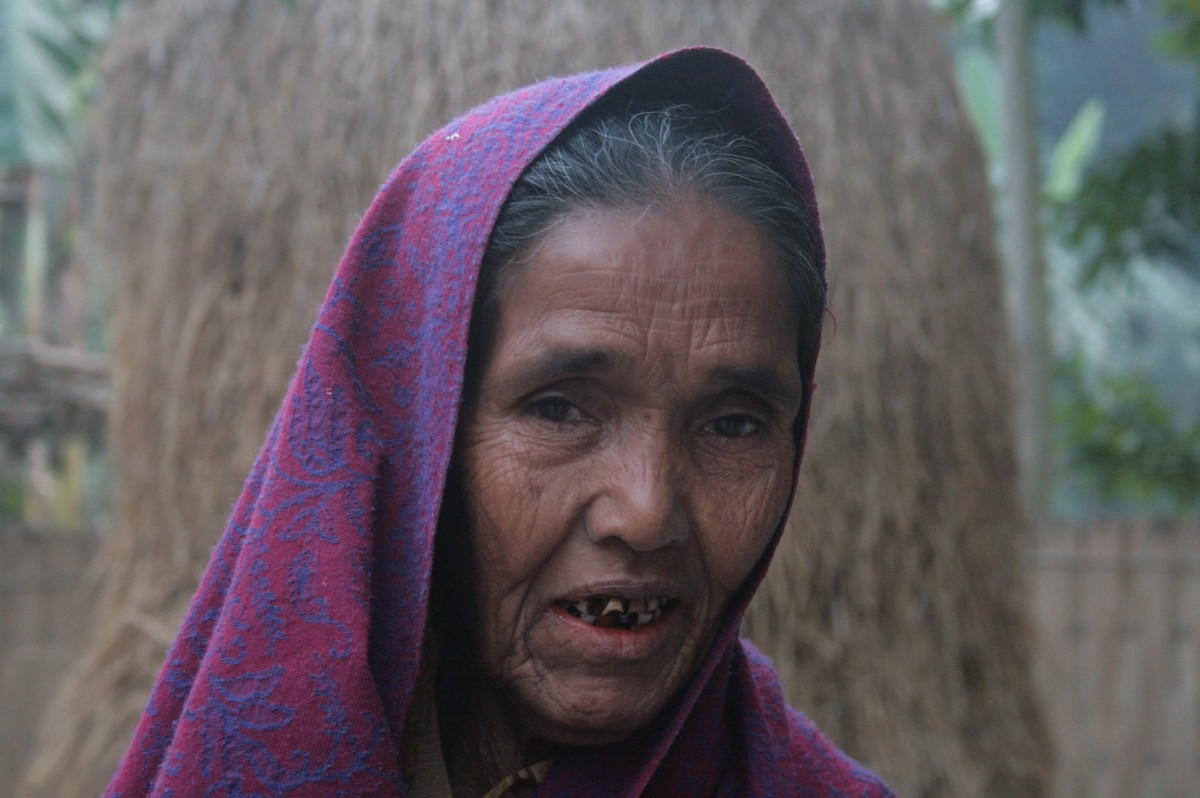 For reasons that I still do not know, I was unable to leave without meeting Rupaiya Begum. Upon my arrival, I found her son waiting in anxious anticipation for his consignment of smuggled bulls to arrive from Assam. Long ago, Atabor had himself conducted a massive raid in Assam. He had not only returned with a large consignment of bulls and cows, but also abducted the beautiful Rupaiya Begum. Since then, she had resettled in Bangladesh as his second wife. By the time their daughter was 16, Rupaiya insisted that she should be married in Assam. She hoped that her daughter’s presence would revive her contacts with her estranged family. Instead, Rupaiya’s domesticity and motherhood in Assam had ensured that she completely disappeared from her family’s lives.

By this time, India had deployed border troops in large numbers and the construction work of its new border fence with Bangladesh had made travel without passports risky. Villagers who travelled to Assam with increasing risk to life occasionally delivered news about her grandchildren. Rupaiya’s stoic silence and her aversion to making eye contact with me conveyed the pain of this separation.

Stories about Assam in Bangladesh’s chars forced me to rethink the fragments of contentious histories which I had heard in Assam. As I discussed the issue of Bangladeshi migration with the founder members of the Assam Movement (1979-1985) – the largest civil society anti-foreigner agitation which specifically aimed at deporting undocumented Bangladeshis – and with others who protested against this movement, I also sensed the deep resentment at India’s marginalisation and militarisation of Assam as a border state. Here, even my gazing at the governor’s bright pink bungalow from half a mile downhill had threatened his security to the extent that his sentries rushed down to check on me. The haunting spectre of unauthorised migration from Bangladesh, which has been brought to the public domain primarily from the point of view of India’s national security, has magnified rather than resolved issues in Assam.

Participants in the Assam Movement were not incorrect in identifying the 1970s as a critical decade for unauthorised migration from Bangladesh. Only that landless agriculturalists did not plan their migration with the aim of occupying Assam’s territory for Bangladesh. Neither did Bangladesh ever intend to plant a Bangladeshi politician to gain electoral majority and rule Assam. People crossed the border to escape starvation. In fact, a turbulent period fuelled by famine in 1974 and political crisis following the killing of Bangladesh’s founder president Shiekh Mujibur Rahman spiralled agrarian displacement.

Since India and Bangladesh maintained cordial diplomatic relations, border-crossing ensured survival. Especially from Bangladesh’s Rangpur district, which adjoined Assam, which was affected by the famine. Failing their roles as fathers and husbands and unable to cope with the distress, men abandoned their families and left for Assam. 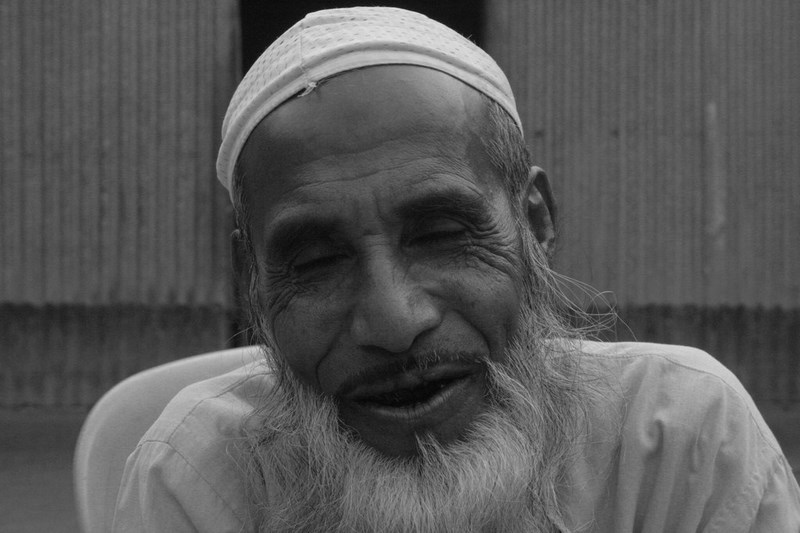 M.M., scared by the Assam Movement, returned to Bangladesh in 1982. Credit: Malini Sur

M.M.’s family had assumed that he had died of starvation, until he returned from Assam. Largely due to the Assam Movement’s campaigns, migrants like him were scared of the consequences of remaining in Assam. When I met him, he was still so guilty of abandoning his wife and children that he left the details of his seven-year life in Assam unstated. Yet others continued to live in Assam, but sent their young sons back to Bangladesh, fearing that they would have no job prospects. By this time, Assam’s territory had also shrunk considerably due to formation of new states in Northeast India. Yet, a spirit of generosity that I dearly associate with Assam, enabled those displaced to gain a stable foothold long after the legal cut-off date of March 25, 1971.

Let me conclude with another story. In Bangladesh’s border districts, despite our shared language, Bengali, several senior agriculturalists spoke to me only in Assamese. They said that India had unjustly classified them as “Pakistanis” and deported them from Assam in 1964. At that time, what is today Bangladesh comprised the territory of East Pakistan. In response to the disappearance of a holy relic from a mosque in the state of Kashmir and large-scale Hindu-Muslim rioting in India and Pakistan, India passed a new legislation – the Prevention of Infiltration of Foreigners Scheme for Assam – setting up Foreigners Tribunals and a special border police force there.

The newly constituted police force intensified surveillance and interrogations to identify “Pakistani spies”. Deportees recollected how the police had set up “mobile courts” by hastily assembling tables and benches near police stations. When the police summoned suspects to appear before the tribunals, it was to hand them deportation orders. Muslim peasants were given no opportunity to petition higher authorities. After serving notices and deporting Muslim families from one locality, the police would survey a new area and quickly set up their “mobile courts” in those. With a day’s notice and an allowance of one bag per person, the police herded them into military trucks and physically pushed them across Assam’s borders into East Pakistan. Despite their land gains and legitimacy as Bangladeshi citizens, they insisted that they were only Assamese.

Like rushed exodus of people from Assam in the late 1970s and early 1980s to Bangladesh, India’s long history of deportation and eviction is obscured in public memory. India’s early post-colonial police records detail agriculturalists arriving from East Pakistan in large numbers, even after the partition. Soon, English words like “Pakistani infiltrators” and “refugees” became popular terms in Axomiya. On the eve of the Partition, the British intelligence agents meticulously detailed the arrival of frontier farmers from eastern Bengal to harvest crops in Assam and to strategically occupy its grazing reserves. These actions were seen as Bengal’s Muslim League’s takeover of Assam’s territory for Pakistan, also by building a frontier force of peasants in the same chars where I lived decades later. Yet, both colonial and post-colonial record keepers have ambiguously framed the departures of Muslim peasants who fearing their safety, hurriedly left for East Pakistan. 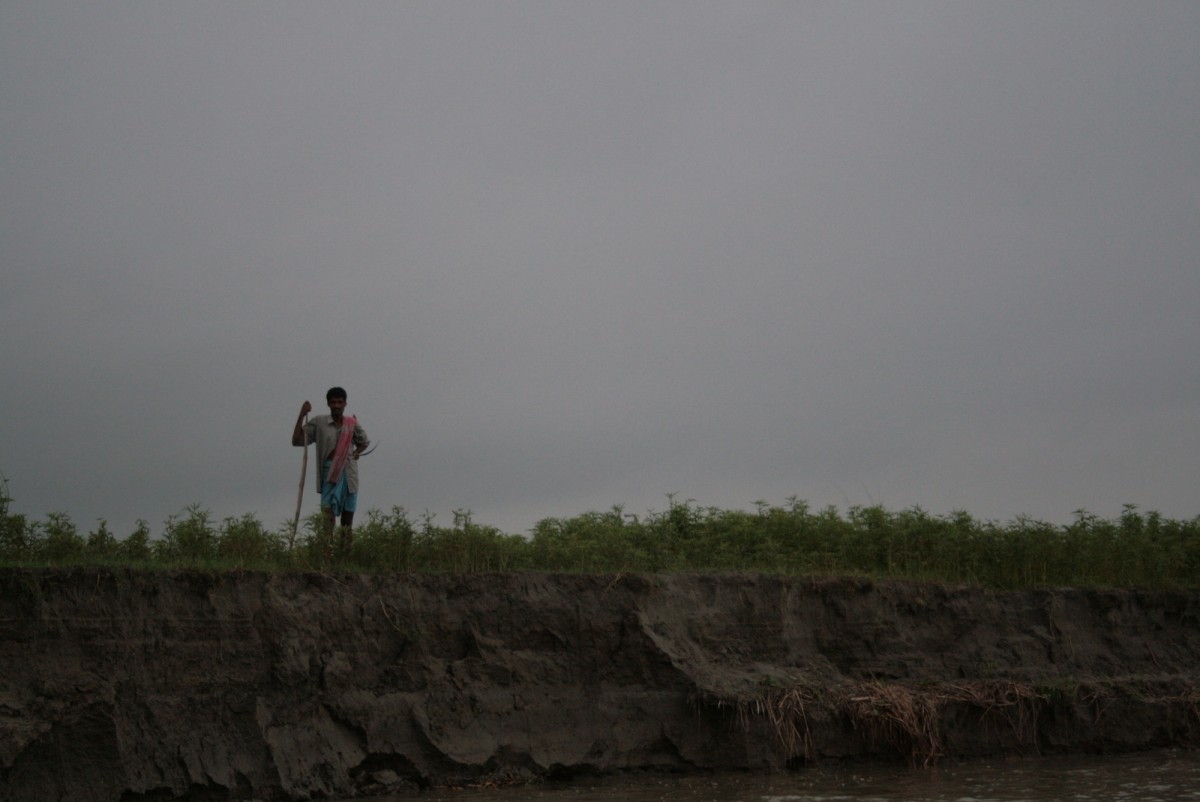 The politics which has driven the NRC cashes in on this narrative of eternal failure to control Bangladeshi migration. We forget that Indian troops shoot at and kill undocumented border-crossers. Along with political parties who have extended patronage to an impoverished Bangladeshi under-class as voters but done little else for them, the language of law and stability which the NRC invokes speaks to the same divisive politics which continue to marginalise people.

By establishing a narrow national threshold of proof, the NRC ignores what makes life possible in Assam and its margins. In a country where citizens and bureaucrats alike engage in numerous acts of documentary corruption, this list does not resolve issues surrounding land and identity conflicts. Instead of either establishing the Indian citizenship or migrant ‘illegality’, it destabilises their boundaries. In seeking to identify ‘genuine’ Indian citizens in Assam, politicians in Assam and New Delhi have unilaterally assumed that those unable to prove their citizenship claims are invariably Bangladeshis. Meanwhile, politicians in Assam’s chars – its Muslim-populated riverine settlements – have mobilised communal discourses of religious and ethnic marginalisation in a state where Muslims of Bengali origin consider themselves Assamese and where Bengali is also an official language.

Atabor’s exploits ensured that Rupaiya, who was Assamese, became a Bangladeshi. Her silent resignation without giving up hope that she may see her granddaughter one day, and the social pressures that she lives with to re-establish connections, speaks to the affinities which makes life possible and collective at the nation’s edge. These locations will continue to render fragile the distinction between Indians and Bangladeshis.

Malini Sur is a Senior Research Fellow at the Institute of Culture and Society, Western Sydney University.