In Fighting for NRC-Excluded, Rights and Aspirations of Assamese People Cannot be Ignored

The fear of Assamese speakers is around their land and identity. Activists supporting those excluded from the NRC either don't seem to understand this issue or are simply ignoring it. 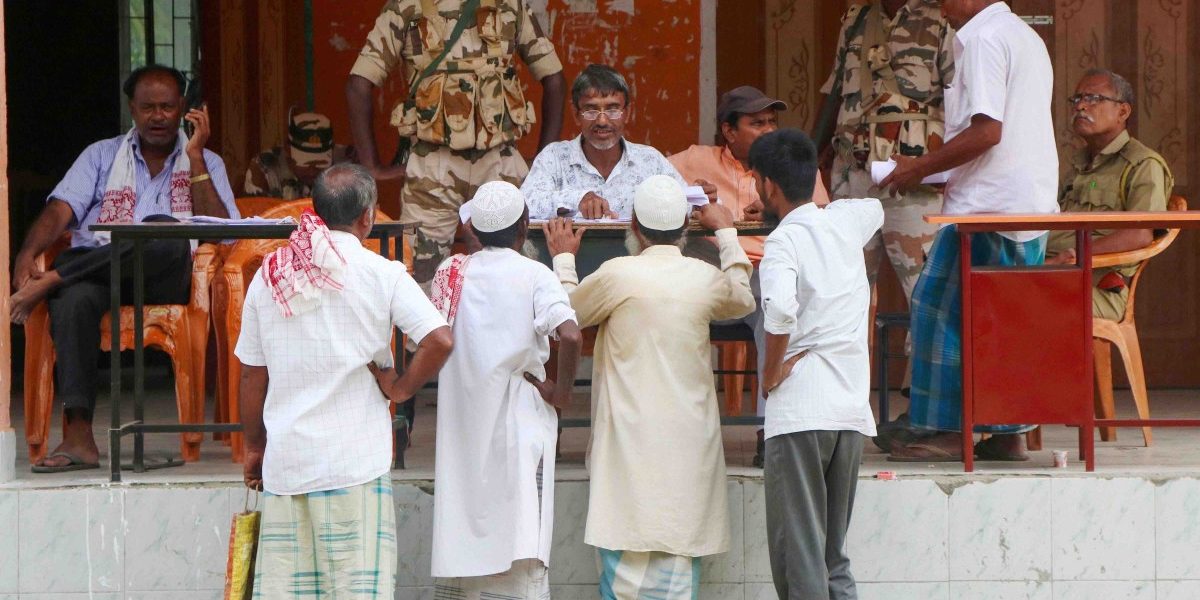 Should an identity and land issue be turned into a communal one? Photo: PTI

The long-awaited final National Register of Citizens (NRC) of Assam is out, but the questions raised by the July 2018 draft remain unanswered. The final register has excluded 19,06,657 persons from the list of citizens, down from 40,07,707 in the last draft. For this reduction, one has human rights groups to thank, who trained volunteers to put documents together and present them to the NRC authorities. They will have to continue to support the over 19 lakh who have now been left out.

However, the final NRC has not satisfied anyone. Political parties had claimed a high number of ‘illegal Bangladeshi immigrants’ varying from 30-50 lakhs. As a result, the All Assam Students’ Union (AASU) is disappointed with what they consider is a small number of exclusions from the NRC.

The Bharatiya Janata Party (BJP) leaders, on their part, also expected to see a higher number – all Muslims whom they threatened to expel to Bangladesh. While the names of those excluded have not yet been published, preliminary reports suggest that around a lakh are Nepali Hindus, a high number are Bengali-speaking Hindus and a few are Biharis. Some BJP leaders, therefore, claim that a significant number of illegal Muslim migrants have been included in the list and have demand re-verification.

What stands out amid the controversy around numbers, is the absence of a policy. Neither the Central nor the state government has said how they plan to deal with those who have been excluded. Expelling them to Bangladesh is out of the question because the country cannot afford to receive them.

Moreover, how does one prove that those who have been excluded are ‘Bangladeshi’ when India doesn’t even have an accurate figure of what it calls ‘illegal migrants’. While some put their numbers between 30 and 50 lakhs, the census – the only reliable source – indicates that there is a difference of 19,44,444 from 1951 to 2001 between what would have been the population of Assam if it had kept to the national average of growth and its real decennial growth.

Also read | Why Is No One In Assam Happy With the Final NRC?

This number of actual migrants would have multiplied and grown to around 40 lakhs. Estimates put the number of Bengali-speaking Muslims among them at around 17 lakhs. The rest would be Nepali, Hindi and Bengali-speaking Hindus. One has to find out how many of them entered Assam from Bangladesh after March 24, 1971, which is the cut-off date accepted by the Assam Accord of 1985 between the government of India and AASU that organised the Assam agitation of 1979-1985. So the stalemate continues.

On the other hand, human rights organisations from peninsular India (known in the Northeast as ‘mainland India’) have made significant efforts towards supporting those who were excluded from the July 2018 draft NRC. However, most of them have been exclusive in their view. They limit themselves to protecting the rights of those who have been excluded, failing to understand why the people of Assam are concerned about migrants.

Assam’s residents have seen what has happened in Tripura, where the proportion of the indigenous tribal population has been reduced from 59.1% in 1951 to 31.1% in 2011. Only around two lakh of the seven lakh East Pakistani migrants who entered the state till 1960 are Partition refugees who came prior to 1951.

The rest are landless peasants who came in search of land. The state government changed the land laws to de-recognise community-managed land, where the tribals lived. The migrants were resettled on that land and are now in control of the state. The fear of Assamese speakers – who are only around 50% of the state’s population – is around their land and identity.

The rights activists of mainland India, who have rushed to support people who are excluded from the NRC, either don’t seem to understand this issue or are simply ignoring it. They are rightly raising their voice against what they feel are inhumane conditions in detention camps. But their failure to understand the concerns of the Assamese population makes a dialogue between them and the local people near impossible.

That is where the country as a whole has to ask some serious questions. The first is whether they should stop at condemning Assam for what the human rights activists consider the violation of the rights of the excluded people. Instead, one should ask whether one state should be asked to bear the burden of rehabilitating all of them and let the rest of India sit back and condemn their failures. That is what happened in Tripura. When its indigenous people revolted against the loss of their land and identity, they were called terrorists.

No one asked whether the rest of India had an obligation to resettle some people who have reduced the Tripura tribal communities to a minority. Activists from mainland India have a right to speak of the rights of those who are excluded from the NRC. But should they not be concerned about the land and identity of the indigenous people?

Also read | NRC-Excluded Won’t Be ‘Stateless,’ Will Have All Rights Till They Exhaust Legal Remedies: MEA

While trying to protect the rights of those who are excluded from the NRC, the country as a whole needs to reflect on the future of Assam and its people. One cannot expel those who are excluded to Bangladesh. With its high density of around 1,400 per sq. km, it cannot afford to receive more people. Assam, on its part, cannot be condemned for its apparent failures. Their point of view has to be understood and dealt with. Is the rest of India ready to rehabilitate some of them in other states or will it sit back and expect Assam to rehabilitate all of them and then condemn it for its failures?

Are there alternatives like work permits without voting rights? Can the rest of India afford to keep quiet when the Centre is trying to introduce a communal element through the Citizenship Amendment Bill, which states that people from the minority (read Hindu) communities of Bangladesh and Pakistan should be accepted as Indian citizens within three years and Muslim are to be excluded? Should an identity and land issue be turned into a communal one? These are questions for human rights activists from all over India, not merely from Assam or the Northeast.

Walter Fernandes is a senior fellow at North Eastern Social Research Centre, Guwahati. He can be contacted at walter.nesrc@gmail.com.