In Assam, a Myth, WhatsApp and Lack of Faith in Justice System Have Fuelled Lynchings

The recent brutal killing of two young men after suspicions that they were child-lifters did not happen in a vacuum, and scholars argue that the state must put in place strong anti-lynching legislation to avoid such violence. A protest rally against the lynching two men in central Assam’s Karbi Anglong district on suspicion of being 'child lifters', in Guwahati on Sunday, June 10, 2018. Credit: PTI 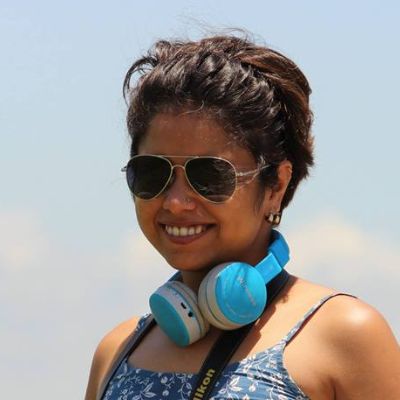 Guwahati: Assam in 2018 seems to be engulfed by a noxious miasma hanging in the air. This miasma is the result of the violent lynching of two young boys, combined with the return to medieval folk myths, rumours, the violent image of death and the methods of killing which have been employed.

On June 8, two young boys from Guwahati, Nilotpal Das and Abhijit Nath, were lynched in the remote Panjuri Kachari village under the Dokmoka police station in Assam’s Karbi Anglong district. The youth were lynched on suspicions of being xopadhora or child-lifters, a popular myth among various communities in Assam. The exact circumstances leading to their death are not very clear at the moment, with different narratives emerging, but what is true is that rumours around child-lifters were circulating through social media and WhatsApp forwards for some months now.

Karbi Anglong is not the only district in Assam where such rumours have been floating. In February, two Sikh men from Punjab were mistaken to be child-lifters and beaten by a mob in the Kamrup district. The video of the two men begging for mercy was widely circulated on social media in March.

Within 24 hours after the death of Das and Nath, regional media had reported more such lynchings in different parts of the state. Amar Asom reported on Sunday that two youth were nearly lynched to death in Hojai because they were mistaken to be child-lifters. Meanwhile in Biswanath Chariali, an elderly man of 65 years, Khelan Sengnar, was lynched to death because he was thought to be a witch. This fear has been seen in the past too; the state witnessed horrific killings in different districts in 2016, where people were brutally beaten or lynched to death because they were assumed to be xopadhora.

The xopadhora is not just an urban myth in Assam but is prevalent across the urban-rural divide and across class divisions. The moot question, however, is why it is still such a persistent belief in the state.

“The xopadhora was a myth to control children in Assam. The xopadhora was an alien and the fear of this alien was basically to discipline a naughty child,” explains Professor Pradip Acharya, retired head of the department of English at Cotton University.

Child rights activist Miguel Das Queah adds, “The xopadhora myth has been a traditional child protection narrative in society. This is a myth that we, including our parents, have heard. And this is one reason why we as children were always scared to approach strangers. So we must keep in mind that this did not always carry a negative connotation.”

The xopadhora has generally been described as someone with long hair, carrying a jhola, who kidnaps children. One important characteristic of this child-lifter is that he does not belong to the community and is always male. It is no wonder that the WhatsApp rumours which were spread in Karbi Anglong district mentioned the entry of a large gang of child-lifters from Bihar who were dressed as woman or were transgender, and had long hair. 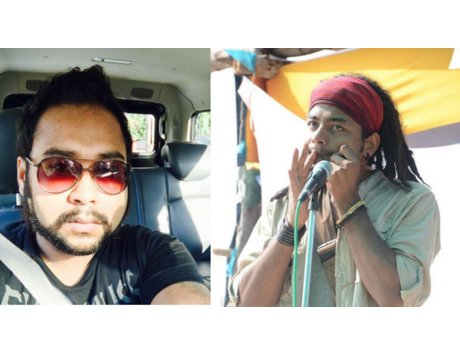 Abhijit Nath and Nilotpal Das were on vacation when they were lynched. Credit: Twitter

This is the main point of difference between the myths of witches and child-lifters. The witch is always from the community and witch-hunting has also led to many mob lynchings in Assam. Because the child-lifter is not from the community, this has led to attacks on individuals which have been based on pure xenophobia. In the gruesome videos that released post the lynching in Karbi Anglong, one of the victims could be seen pleading with bloodied hands and face that he is an Assamese. In the videos where the Sikh men were attacked, the two men could be seen begging with folded hands that they are not child-lifters. The mob had thrown off the turbans of the two men and their long hair was hanging to their shoulders. Is it really a wonder then that Das, the young artist who was killed, also had long dread-locked hair?

The situation, now compounded by various rumours circulating on social media, needs to be viewed with some perspective. The fear of the child-lifter is not completely baseless in contemporary Assam. The state has one of the highest number of child trafficking cases. In a 2017 news report, senior journalist from the region Rajiv Bhattacharya wrote, “Assam has topped the list among the states in 2015 with as many as 1,494 cases out of a total of 1,539 in the entire country. In the same year, only eight were convicted although 1,552 persons were arrested and chargesheets filed in 365 cases. Clearly, Assam has a long way to go to check the menace in spite of the existence of 14 anti-human trafficking units in the state including one attached to the Government Railway Police (GRP).”

From the data released by the National Crime Records Bureau for the year 2015, Assam “accounts for 22% of the total reported cases of trafficking across India. Assam also has the highest number of child trafficking – 1317 cases, which account for 38% of the national figure”.

“The geographical hotspots from where children are trafficked in Assam are conflict-stricken areas, the hill areas, the Char areas, Bodoland Territorial Areas District (BTAD), from the tea communities, from flood-affected communities and from relief camps,” elaborates Queah. “Basically, the whole state. And from communities where children are vulnerable due to marginalisation and the subsequent underdevelopment.”

Data from the NCRB analysed by the Universal Team for Social Action & Help (UTSAH), a Guwahati-based NGO, show a substantial increase in crimes associated with trafficking. The organisation analysed data from 2012 to 2015.

Manjit Das, an associate professor of economics at the Bodoland University in Kokrajahar and Tarali Nayak, a research scholar, lists down a few main reasons for the rise in child and women trafficking cases in Assam, in a co-authored paper, ‘Trafficking of Women and Child from Assam: A Macro Study’.

They argue that the factors can be categorised under three divisions: supply, demand and perpetuating factors which include reasons such as poverty/structural inequalities in society, ethnic conflicts, child marriage, unemployment, lure of job in big cities by fake placement agencies, natural calamities, fake marriage, increasing urbanisation; lack of educational facilities; erosion in traditional values, migration of labourers from rural to urban areas/floating population; open border, demand for domestic help in metros, geographical location of the state, etc. 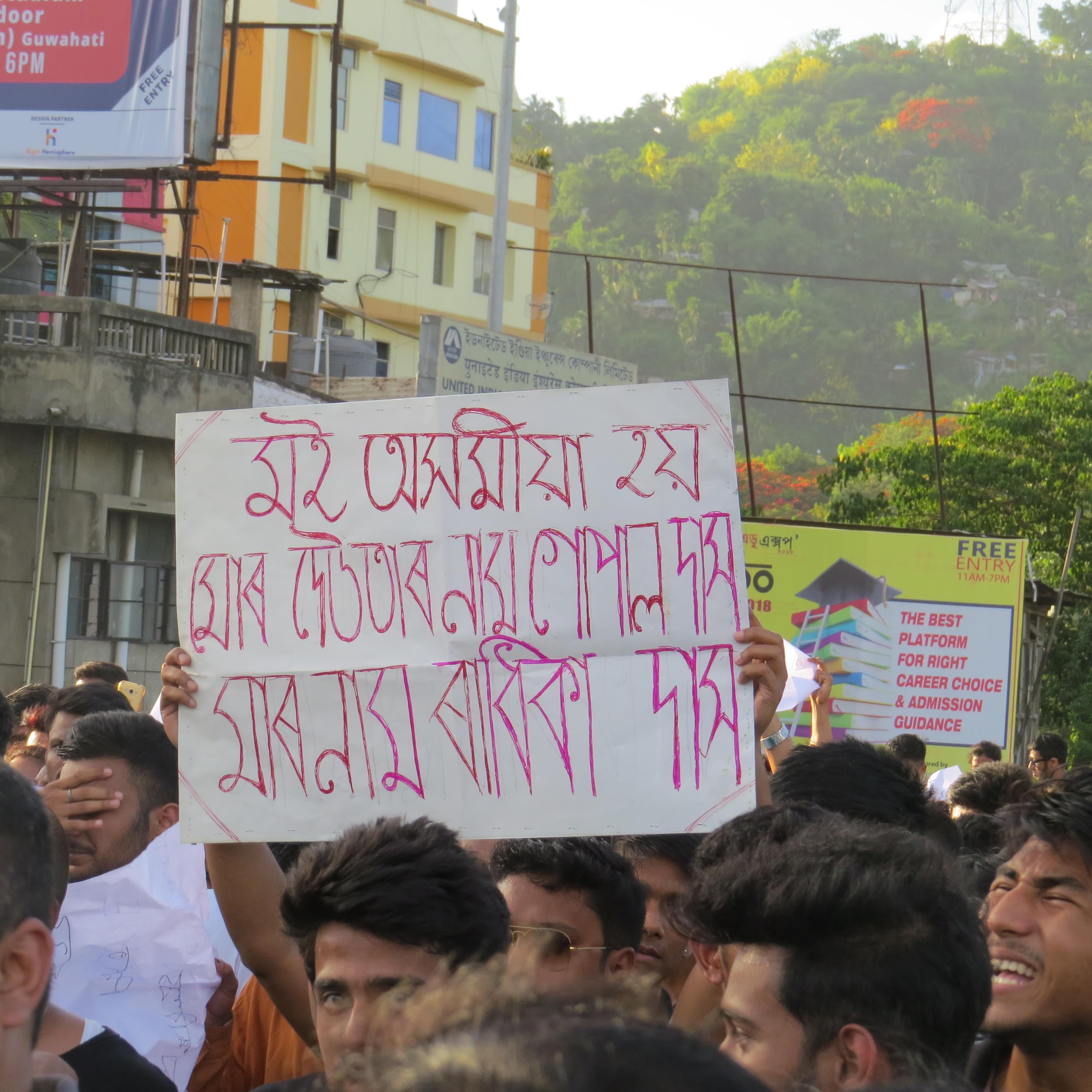 At a spontaneous protest in Guwahati on June 10, a protestor holds up a poster that quotes Nilotpal Das’s last words that were captured on video. He said, “‘I am an Assamese. My father’s name is Gopal Das. My mother’s name is Radhika Das.” Credit: Shaheen Ahmed

No faith in the criminal justice system

The instinctive response to the killings has been one of extreme shock and trauma, and also, dangerously, an anti-tribal sentiment. Guwahati, the biggest city in the northeast and where the two deceased are from, has not been a stranger to mob violence.

In 2007, in the middle of the city, an Adivasi woman, Laxmi Orang, was publicly stripped and beaten up along with some Adivasi men who were protesting in the city with the All Assam Adivasi Students’ Association (AAASA) against the delay in granting of ST status to tea plantation workers of Assam.

In 2012, a horrific public molestation of a young girl took place on the city’s arterial road, GS Road, which was telecast live on news channels. Civil society condemned these events in strong terms, but the condemnation arising now on social media and on the streets is that of ‘junglee (savage) tribals’, with the demand for capital punishment for the accused. Assam has witnessed spontaneous protests across the state and in Guwahati, a protest called by youngsters saw a turnout of almost 2,000 protesters marching through the city streets. The old cries of the Assam movement ‘aah oi ulaai aah (all of you come to the streets)’ reverberated through the city roads.

“The anti-tribal sentiment was expected but it is really unfortunate. There should not be place for any such sentiment in Assamese society,” stresses poet-author Kamal Kumar Tanti.

Das and Nath’s close friends organised a silent vigil on Monday in Guwahati, where scores of youth turned up in black clothes with a gamusa tied around their mouths. Their main demands were fast-tracking of the justice process (which includes filing the chargesheet within 60 days), maintaining peace in Assam, action against police officials at Dokoma for dereliction of duty and introducing strong anti-lynching legislation. 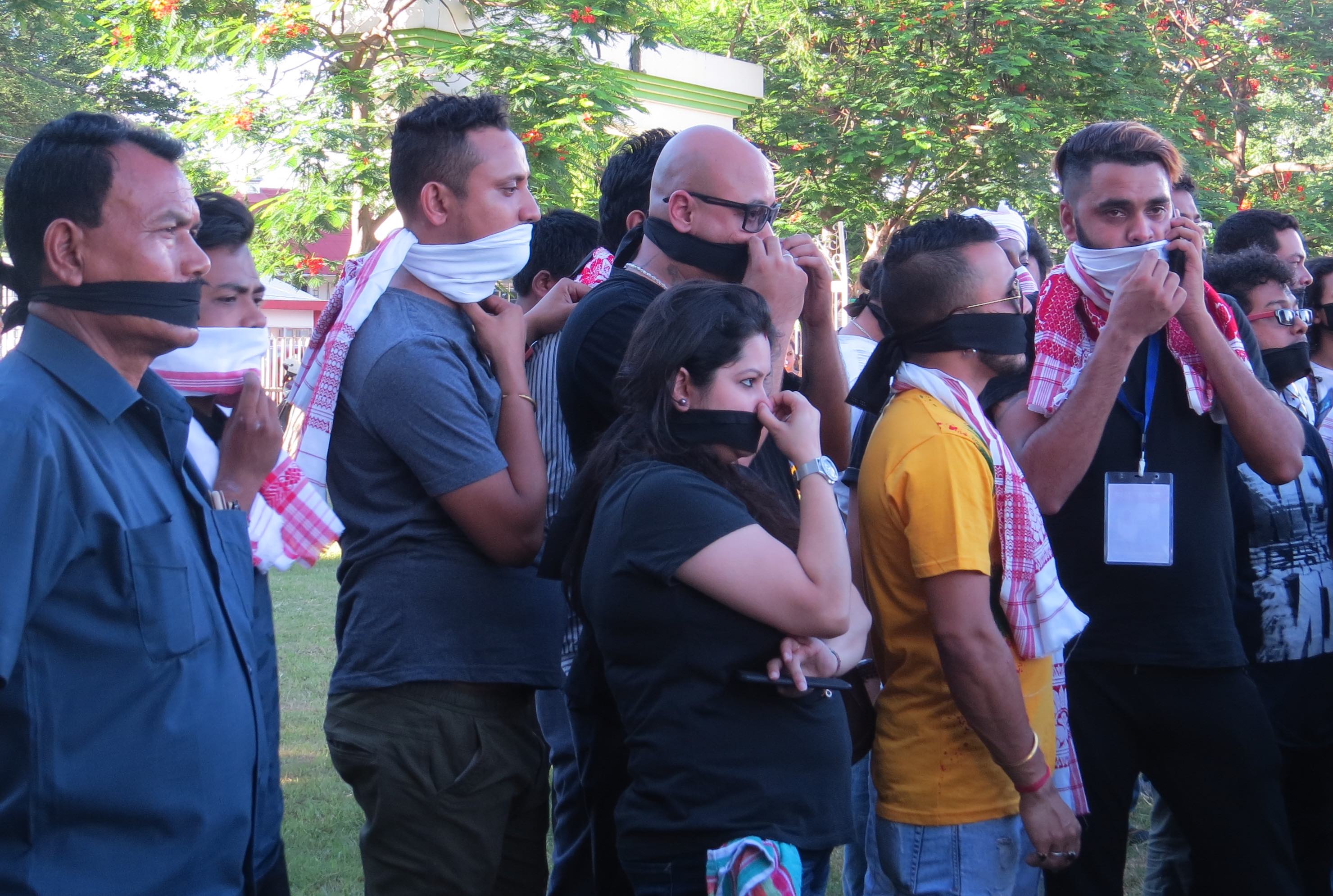 At the protest called by the victims’ friends in Guwahati on June 11. Credit: Shaheen Ahmed

The Karbis are one of the main indigenous tribes of Assam, who are mostly settled in the North Cachar Hills. They are mostly agriculturalists and a large number of them practice their indigenous religion. The 2014 Assam Human Development Report notes, “The income inequality is found to be the highest in Karbi Anglong (0.593 percent).” It is also one of the districts with the highest rates of poverty, 42.5%. A candlelight march was organised at Diphu town, the district headquarters of Karbi Anglong district, on the evening of June 10 by the local population, condemning this heinous incident.

There is much truth to what Queah argues, “This is the time to reflect and understand the concept of justice. This is also the time to look at history and not an event in isolation. Lack of education is leading to hatred and in such circumstances superstitions will increase. There is a total lack of faith in the criminal justice system.”

Social scientist Uddipan Dutta also echoes this sentiment, “There is a complete loss of faith in the criminal justice system in Assam right now. What we need is a strong anti-lynching law to put an end to this mindless violence and the state must act on it.”

Karbi Anglong also witnessed another horrific mob lynching of a 21-year-old Assamese man, Jhankar Saikia in 2013. His family is yet to receive justice and his perpetrators are out on bail.

“He was my inspiration. It was because of his artistic, sensitive and beautiful soul, that I have looked at life positively,” says Ittisha Sarah as she remembers her close friend Das.

Friends and family of the two deceased are trying to cope with the trauma and horror of what happened. Till the state intervenes and takes concrete steps against all forms of mob lynching, the miasma that hangs over Assam shall not fade.