They were also charged under Sections 120B (criminal conspiracy), 121 (waging war against the government) and 123 (concealing with intent to facilitate design to wage war).

New Delhi: Assam police slapped sedition charges against noted public intellectual and Sahitya Akademi awardee Hiren Gohain for a speech he delivered at a rally in Guwahati on January 7, opposing the Centre’s decision to pass the Citizenship (Amendment) Bill, 2016 in the Lok Sabha.

Section 144 (unlawful assembly) have been imposed in Guwahati city.

A part of Nagarik Samaj, a citizens’ group, Gohain is among a few noted names from the state to have recently filed a petition in the Supreme Court opposing the Bill.

A vocal opponent of the BJP and RSS, Akhil Gogoi was charged with sedition and subsequently under the National Security Act (NSA), for another speech in September 2017. He was absolved of the charges by the court and released from jail in December that year. 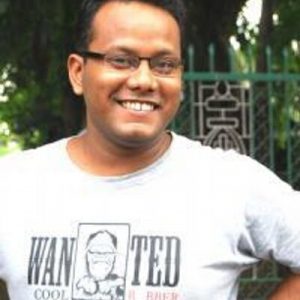 As the news about the case spread, Gohain, speaking to The Wire from Guwahati, said he was present at a Jana Sabha organised by the Forum Against Citizenship (Amendment) Bill along with the Left Democratic Front. The gathering was organised to condemn the Centre’s decision to table the Bill in the Lok Sabha without taking into consideration the interests of Assam and its indigenous people.

“Unfortunately, 2-3 youth from among the audience got emotional, raised the demand for Assam’s independence due to the Centre’s nonchalant behaviour. I got up twice to silence them, told them that the question of Assam’s independence can’t come before exhausting all the democratic means of raising one’s voice against the Centre’s decision.” He said, “I didn’t support them but told them the way to go about it by using all democratic means.”

“However, after the news was reported, some RSS men put pressure on the government to act against me and the others. And that is why the police had to file an FIR,” Gohain said. Interestingly, former state DGP Harekrishna Deka, also a member of the citizens’ forum and a petitioner in the Supreme Court case against the Bill, was present at the meeting.

Guwahati police commissioner Deepak Kumar told reporters that a case has been registered against all three of them under Section 124A dealing with sedition, besides Sections 120B (criminal conspiracy), 121 (waging war against the government) and 123 (concealing with intent to facilitate design to wage war).

Latasil police said they are “presently examining” the footage of the meeting and claimed that police permission was not taken to organise the public rally. Gohain said, “The police haven’t come to my residence yet.”

Meanwhile, widespread anger has spread in the state for bringing such a charge against Gohain. AASU advisor Samujjal Bhattacharjee condemned the government’s move. A report in he Sentinel newspaper quoted senior journalist Haidar Hussain saying, “This is a suicidal move by the government. We are meeting now and soon shall chalk out more protests programmes against this draconian attitude of the Assam government.”

Massive public outrage has been noted throughout Assam and the rest of the Northeast against the Centre’s move to grant Indian citizenship to Hindu Bangladeshis, among others, by bringing in an amendment to the Citizenship Bill, 1955. The Bill stands in contradiction to the citizenship cut-off date decided for Assam in the Accord of 1985.

The anger against the Central and the state governments have been widely expressed on social media too. Among creative voices opposing the Bill on social media is that of a young cartoonist from Barpeta, Nituparna Rajbongshi. He shared a number of cartoons on the Bill, some featuring chief minister Sarbananda Sonowal in a nude caricature, through his Twitter handle.

However, on January 9, a number of BJP supporters tagged Assam police’s Twitter handle seeking action against Rajbongshi for ‘disrespecting’ the chief minister. An FIR was also lodged against a Digboi-based youth by the president of the Tinsukia branch of the BJP youth wing, Bharatiya Janata Yuva Morcha, for sharing the nude cartoon of the chief minister on his Facebook page.

The police reportedly interrogated the youth and let him off, though the case has not been withdrawn yet.