Rahul Chetry has speculated that there is a 'conspiracy' behind the move. 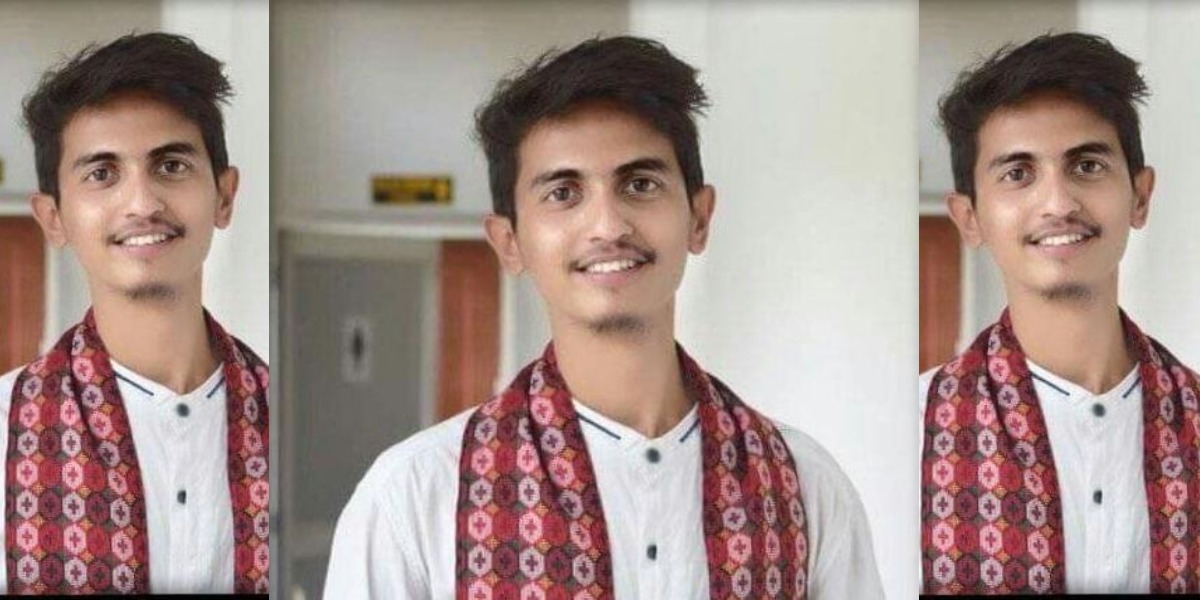 Guwahati: Rahul Chetry, a 24-year-old who is the general secretary Dibrugarh University Post Graduate Students’ Union (DUPGSU) has become the latest individual in Assam to be issued a summon by the National Investigation Agency (NIA) for taking part in an anti-Citizenship Amendment Act (CAA) protest. Chetry has been asked by the NIA to appear at its office, which is located at Sonapur in the outskirts of the city, on Friday for the ‘purpose of answering certain questions relating to the case’.

Chetry is among the slew of students’ union leaders and academics in the state who have been asked to appear before the NIA for anti-CAA protests. In February, former Cotton University student leader Pranjal Kalita and IIT Guwahati academic Arupjyoti Saikia were summoned by the NIA for the same purpose.

The 24-year-old student has been summoned under Section 160 of the Code of Criminal Procedure (CrPc) to appear as a witness. The same section was used to question Saikia and Kalita also. It should be noted that Saikia was questioned by the NIA at its office on multiple occasions. Chetry, in the meantime, has prepared a legal team to ‘meet out the challenges’ as posed by the NIA. He said it is ‘quite unfortunate’ that in contemporary India, taking part in democratic protests is seen as “something else”.

He speculated that the move by the NIA is conspiratorial. Chetry said that the notice he received is actually addressed is in the name of his brother Rubul Chetry, who has been living in the UAE for more than a year. Rahul’s name is written in black ink, overlapping the name Rubul. While speaking to The Wire, Chetry said his brother Rubul is totally nonchalant about the political happenings in Assam and hasn’t even spoken about it on social media platforms. 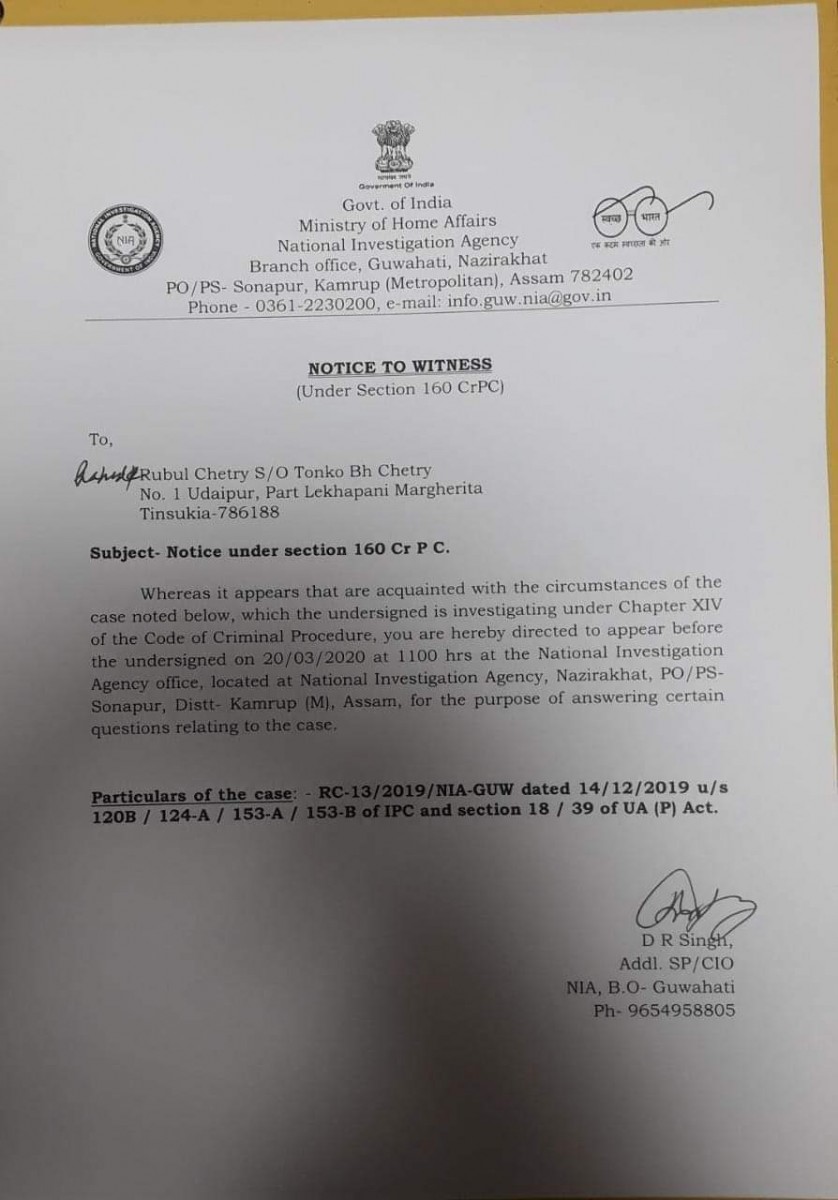 The notice received by Rahul Chetry is actually addressed to his brother.

Chetry, who is also the Assam state general secretary of the Bharatiya Gorkha Yuva Parisangha (BGYP), said it is “surprising” that the notice was issued in the name of his brother. “It is even more surprising that my name was written on it with black ink. My brother has nothing to do with anti-CAA protests and doesn’t even use social media platforms to express his views. I feel this is a conspiracy,” he said. “They are doing it because they couldn’t prove the charges brought against Akhil Gogoi, that he is a Maoist. I took part in peaceful protests at Dibrugarh University. I took part in peaceful protests through democratic means and it is quite unfortunate that people are being asked to appear before the NIA just because they took part in protests,” Chetry said.

Nanda Kirati Dewan, the president of BGYP, said that even being called as a witness by the NIA implies “something else”. “We are taking precautionary legal measures. We are wary that his statement may be recorded and he may be forced to sign on something. That cannot be done. We may also move the Gauhati high court if Rahul is detained more than 24-hours,” Dewan said. “Our legal team will be ready to provide all assistance. It should also be noted that on previous occasions, people who have been called as a witness were put behind bars. Rahul is a vocal student leader and the community’s youth face in the anti-CAA movement.”

In the final National Register of Citizens (NRC) in Assam, released in August last year, an estimated one lakh Gorkhas have been excluded. There are about 25 lakh Gorkhas in the state. Leaders of the Bharatiya Gorkha Parisangha (BGP), a pan-India organisation and one of the parties to the NRC case at the Supreme Court, contend that these Gorkhas were excluded because they were ‘arbitrarily’ tagged as doubtful voters, and a majority of them were not even served notices.

In September 2019, members of Assam’s Gorkha community have said that they will not approach the Foreigners’ Tribunals (FTs). They will instead take legal recourse if any member of the community has to appear before the tribunal, after being excluded from the NRC.

The Gorkhas in Assam were recruited by the British as part of the Assam Light Infantry. The 1815 treaty of Segowlee, signed between the East India Company and Nepal, throws light on the history of Gorkhas in Assam. The BGP also went on a week-long tour of multiple districts in Assam to know about the ground reality of Gorkhas excluded from the NRC.