As NRC Appeals Process Begins, Confusion and Panic Still Prevail for Those Excluded

While some documents have been rejected without any reason provided to the applicants, refugees scamper to find documents other than their registration certificate. A strike by outsourced employees is also hindering the process. 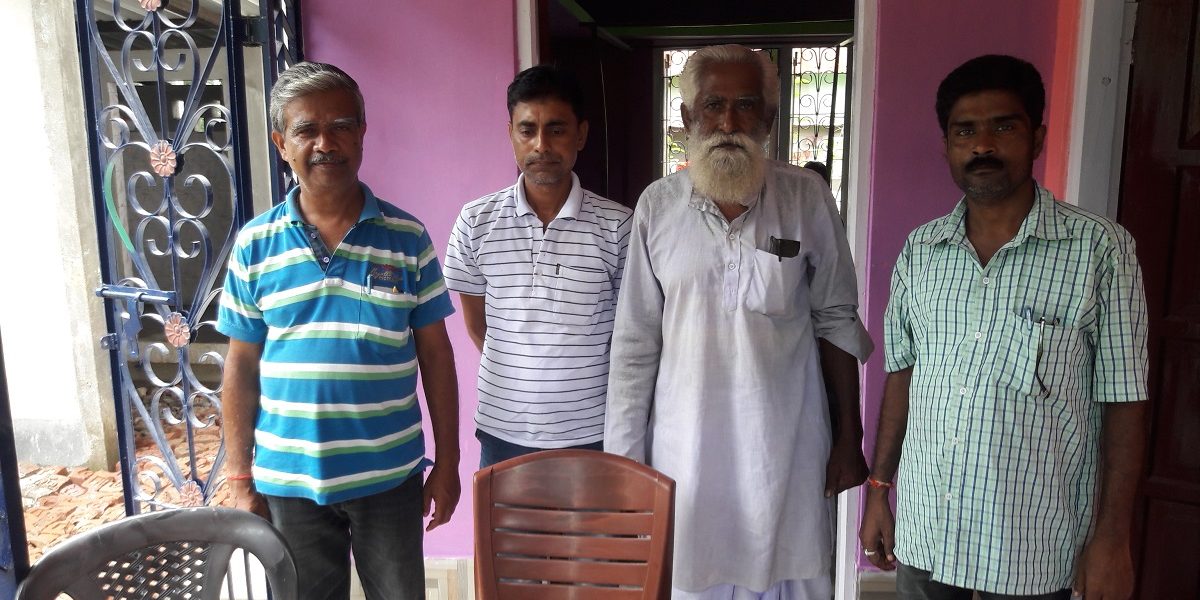 Guwahati: Amidst despair, hope, an ‘indefinite’ strike, protests and a long stare at uncertainty for lakhs of people, the process for claims and objections regarding the entries in the final draft of the National Register of Citizens (NRC) has begun in Assam.

On September 25, the 60-day period for the NRC authorities to begin accepting forms from 4,07,007 applicants to provide an opportunity to reclaim their residency in the state. This process was initiated as per the September 19 directive of the Supreme Court. The NRC Seva Kendras (NSK) will also accept forms objecting certain entries in the final draft, which was released on July 30 by the Registrar General of India in Guwahati, the Central government department which is conducting the update process.

The September 19 directive of the apex court categorically excluded five documents from the 15 used to verify claims of the applicants till the final draft. Many in the state, particularly those from the Bengali Hindu community, have protested, alleging harassment. The SC directive was based on an affidavit submitted by NRC state coordinator Prateek Hajela, who suggested that the 1951 NRC, pre-1971 voter’s list, citizenship certificate, refugee registration certification and ration card documents be dropped. Till October 23, when the court would hear the objections of the stakeholders, the claims forms could be filed based on only ten documents.

Sitting on a wooden bench on the veranda of an old, decrepit house in Birubari area of Guwahati, which serves as a NSK for the locality, 55-year-old Dulali Mallik looked pensive. When asked, she told this correspondent that she was asked by the “sirs” of the NSK to come after October 23. With six members in her family excluded from the final draft, including her husband and grandchildren, the past two months had been anything but calm. She had hoped that on September 25, perhaps things would change. But at the local NSK, she was instead told to produce other ‘valid’ documents besides the school certificate, ration card and the gram panchayat certificate which she had submitted to prove her residency in Assam before 1971.

The old and decrepit house at Birubari locality in the city that serves as a NSK. Credit: Gaurav Das

“No actual reason was provided for rejection of our applications. Now I am told to produce land document if I have any. Exclusion of ration card from the list of documents to claim citizenship has been tough. We were relying on it. Now, I have to go through the process of verifying the old documents. I had submitted the gram panchayat certificate from the office of Madarihat gram panchayat in Alipurduar. My husband had given school transfer certificate from Duramani CK High School in Jalpaiguri. I have to wait for almost a month now and return after October 23,” said Mallik.

As the day progressed, more people joined Mallik to sit on the wooden bench, waiting for their turn to meet the NSK officials. Among them was Abanti Sarkar, a 38-year-old rang mistri (house painter in colloquial Assamese or Bengali). After an hour of waiting, he lamented the loss of his hajira or daily wage. When asked, he too replied that no specific reason was provided to him for the exclusion of his and his wife’s names from the final draft.

“My daughter’s name is in the final draft. I had submitted voter ID card and school certificate. I now have to produce my grandfather’s passport. That is the only document I can bet on to prove my Indian citizenship,” said Abanti.

As the crowd begins to grow, the gathering becomes more diverse. Among those was Bobby Das, a 40-year-old housewife accompanied by her daughter in her early twenties. “All members in my family have been included in the final draft except me. The reason was not specified. I had submitted my father’s legacy of 1966 voter list in my application. Now, I have to submit my father’s bank account details. All these new developments of excluding some documents have been quite confusing. Nonetheless, I have to do it, no matter how tedious,” said Das.

Junnu Devi with a NRC official checking for last minute entry into receipt for claims and objections. Credit: Gaurav Das

Another woman waiting for her turn to meet the NSK officials was Junnu Devi, a 29-year-old Bihari woman. “I hope I am not told to come after October 23. This entire process has taken a toll on me. The names of my parents and five brothers are in the final draft, but mine is not. The reason given was some problem in the legacy data of my grandfather. Maybe, it was because during submission, I was asked about an aunt who was mentioned in the documents I had submitted. I said I don’t know about her. I was told to go Pani Kheti to meet her, which I have done now. As for new documents, I have brought my father’s land document of 1970,” said Devi.

About three kilometres from the Birubari NSK stood a barely furnished two-room house with a couple of benches, tables and chairs to serve as the NSK for the Kumarpara locality. Besides Assamese caste Hindus, the locality has a considerable Muslim population and Hindi-speaking communities, including Marwaris, Biharis and Jains. 40-year-old Safwana Begum made her way inside the NSK. She enquired repeatedly about the pen-ticked five excluded documents from her claims and objection form with the NRC officials.

“It is not easy for me to leave all household work and run errands for the NRC. But I can’t ignore it either. My husband’s name is included in the final draft, but mine and my daughter’s are not. I had submitted my PAN card, bank passbook and my grandfather’s land records in my application form. Now I am told I need to have father’s land record as well. Exclusion of some documents have made it quite difficult for some people,” said Begum.

Yet another visitor to the NSK is 20-year-old Deep Mandal, who is there on behalf of his mother. “The reason given for my mother’s exclusion from NRC was that List A documents were not produced. The issue now is, almost everyone has a ration card in their possession. If this gets rejected, it becomes all the more complicated. The ration card document which my mother has, dates back to 1958. Now we have to look for other documents. Perhaps my mother now has to give her father’s old land documents,” said Mandal.

The confusion among the applicants of Guwahati city about submission of the ‘right’ documents turns to worry when this correspondent reached Sonapur circle located within Kamrup (metropolitcan) district. Pockets of Sonapur are mostly inhabited by Bengali Hindu refugees from East Pakistan/Bangladesh. Most of them have refugee registration certificate, a document which was given to them or to their parents when they settled here in 1964-65, after migrating from erstwhile East Pakistan. This past Tuesday, many from Durung, Gaon Dimoria, and Pub Malaibari and nearby places protested at Dispur, the state’s administrative headquarters, against the exclusion of refugee registration certificate.

Pramode Sarkar, employee at a local Panchayat office, said the Supreme Court’s exclusion of the refugee registration certificate does not bode well for several people. “Scores of people in my village of Pub Malaibari, especially refugees, have no other documents other than the certificate. This is the very document which the government of India gave us. Now they are rejecting it,” he said.

“We have no other option but to wait till October 23. My father faced persecution and harassment in Sylhet because he was in favour of the region remaining with India in 1947. In 1964, my father arrived in Assam as a refugee, but now the same land which granted him shelter is turning against his family. Both my wife and I have been excluded from the final draft. I don’t have any other document prior to 1971. Back then, survival was more important than procuring documents,” he says. He linked his situation to an Assamese proverb, ‘Panit hah nosora obostaha”, which basically means ‘ducks can no longer wade on waters’.

Echoing the same view was Babul Das, a local NRC field level officer from Durung. “Most people here only have documents that have been excluded by the Supreme Court. The most important one is the refugee registration certificate. A significant number of people from Durung will now have to wait till October 23, they have no other option,” said Das.

The commencement of receiving claims and objections was also marked by a strike called by many of the outsourced data entry operators working at the NSKs. They have been protesting against non-payment of three months’ salary. Some operators skipped work on the first day of the process.

The government had outsourced data entry work to Integrated Systems and Services (ISS), which is a propriety firm established in 1997. ISS, which is a channel partner of Wipro Limited, provides information technology services to all the states in the northeast region. It is also the sales partner for Wipro and Sun Microsystems in the northeast.

According to one employee from ISS, the strike is only a ‘partial’. “Some employees have been striking for over a month. The government claimed lack of funds, but has assured that salaries will be paid very soon. There are more than 5000 data entry operators working for the NRC in Assam,” the employee said.