Over 17 people have reportedly been taken into custody and hundreds injured in a lathi charge by the police. 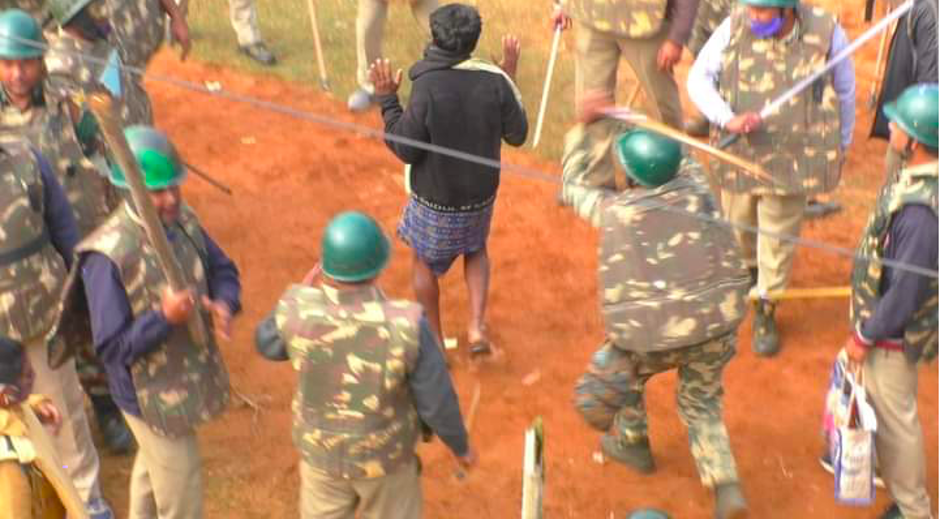 New Delhi: For the past two months, residents of Dhinkia village in Erasama tehsil, Jagatsinghpur district of Odisha have been resisting the transfer of over 1,173.58 hectares of land. The land is being acquired for Rs 65,000 crore for a 13.2 million tonnes per annum (MTPA) integrated steel plant, along with a 900 MW captive power plant, and a 10 MTPA cement grinding and mixing unit to be created by Jindal Steel Works.

Residents of the region allege that the projects and the corporate take over of the land will lead to the devastation of livelihoods of over 40,000 villagers and will impact three villages of Dhinkia, Nuagaon and Gadakujang in the district.

Amid the resistance movement which has been ongoing for decades – first against the corporate giant POSCO and now against Jindal Steel Works – the villagers are now faced with a crackdown from police forces.

On January 14, over 500 police personnel reportedly reached the village and lathi-charged residents and arrested activists. More than 100 people have allegedly been injured and several others have been taken into custody. In a bid to protect their land, the villagers had set up barricades to prevent the entry of government officials and the police.

Amid the rampant arrests and targeting of activists, residents are now fleeing the village and living in fear. Speaking to the Wire, Jindal Pratirodh Bheetamati Suraksha Samiti spokesperson Prasant Paikray said, “People are now fleeing the village in a bid to escape arrests, the crackdown is brutal. Over 17 people have now been arrested, earlier 11 people were arrested. Amid the crackdown over 100 people have been injured, this includes women and children.”

He added, “During the course of the last two months, the police have set up at least three camps in the region – with an intent to attack and suppress the movement.”

Paikray said that while there is a case pending in the high court on the matter, no substantial hearing has taken place because of the COVID-19 pandemic.

The forces have arrested and allegedly tortured activist Debendra Swain. Swain is a member of the the POSCO Pratirodh Sangram Samiti (Anti-POSCO Campaign), now recast as the Jindal Pratirodh Bheetamati Suraksha Samiti. Other members state that Swain has faced torture in police custody, as his face and eyelids were swollen when he was produced at the Erasama court. Police, however, claim that the injuries occurred because of tussle while apprehending Swain in Dhinkia. This alleged tussle also finds a mention in the FIR.

Speaking to The Wire, Manorama, a resident of the village, said, “There is a threat to our community and our livelihood, we are fearing entering the village. We are currently trying to organise ourselves and fight for those who have been jailed.” 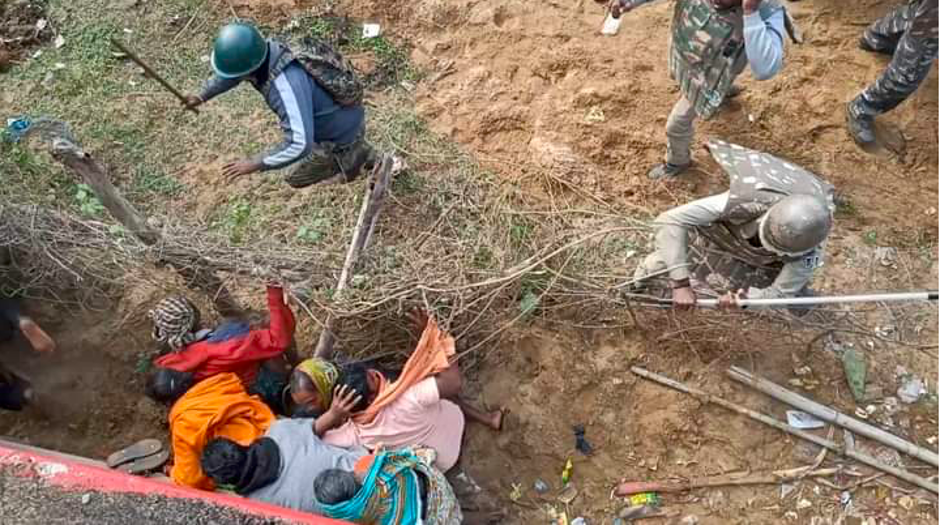 Several human right organisations, students’ groups, farmers’ organisations and social and political activists from all over the country have issued a statement strongly condemning the alleged police violence against villagers of Dhinkia.

Prafulla Samanta of the National Alliance of People’s Movements (NAPM) was stopped from visiting the site and taking up the issue with the locals. He told The Wire, “The company’s goons in connivance with the police forces are attacking villagers and unleashing a crackdown in a bid to benefit corporates and take away the land of the community.  This is not just a struggle for land, but also simultaneously a battle for survival and their livelihood. There will be enormous heat and air pollution. The big question is, why the pressure to take over community land? For over 10 years people have fought a battle for this land with cases still ongoing. Moreover, there is no MoU between the government and the Jindal group. So we beg to ask where the government is, why are they siding with corporations?”

The current mobilisation has taken shape over the years. After a 12-year-long struggle against the construction of a mega steel plant by the POSCO Group came to an end, Dhinkia is witnessing yet another resistance movement.

In 2011, the gram panchayats of Gobindpur, Dhinkia and Nuagaon had made unanimous resolutions against the transfer of land to POSCO, as mandated by the Forest Rights Act. Activists in the state hold that the entry of development projects in the region is unprecedented and alarming, and comes with increasing ecological risks for the coastal areas.

The total area of the land is over 4,000 acres, out of which over 3,000 acres is forest controlled land. The claim made by the community is that this land is a traditional livelihood source. They state, as per the law, the forest rights recognition process has not been followed in a bid to take over this land.