The All Nyishi Youth Association went on a 36-hour strike demanding the ouster of chief minister Pema Khandu for his alleged involvement in Rs 2,000 crore scam. 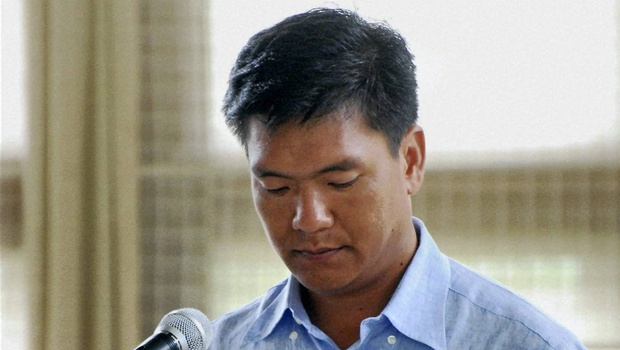 New Delhi: The Arunachal Pradesh Police took over 100 people into preventive detention on Friday, January 14, for a 36-hour strike demanding the resignation of chief minister Pema Khandu by All Nyishi Youth Association (ANYA), a major tribal youth group of the state, Indian Express has reported.

Declaring the strike “illegal”, the authorities charged around 25 members under the stringent Arunachal Pradesh Unlawful Activities (Prevention) Act, 2014, which empowers the police with sweeping detention powers. They were sent to judicial custody for 12 days.

Meanwhile, ANYA declared that their strike was “successful” after normal life was hit in Itanagar and nearby areas such as Naharlagun. Representing the largest tribal group Nyishi in the state, AYNA accused Khandu of being involved in a scam amounting to Rs 2,000 crore government funds.

The strike call by ANYA came after the Supreme Court’s dismissal of a petition with similar allegations, seeking a probe against Khandu, filed by the Arunachal Justice Forum. The petition was disposed of in December 2021.

On Friday evening, after the strike came to an end, police stated that there was a “deep conspiracy to destabilise” the BJP government in the state, by disturbing law and order and affecting communal harmony in the state as well causing loss to lives.

According to police, those who are under detention had “confessed to having brought in weapons” to use during the strike, including catapults and local daggers called daos.

Earlier, the local administration had suspended internet services in Itanagar and neighbouring areas starting from Wednesday to prevent the protestors from going ahead with the strike. The internet services were restored after the strike ended on Friday evening.

State inspector general (law and order) Chukhu Apa said, “For the first time, we noticed that bandh callers hired anti-social elements on payment from outside the state to create a law and order problem.” He added that the police had prevented protestors from conspiracy to cause serious breach of peace in the state, and seized Rs 3 lakh of the Rs 10 lakh “given to bandh callers by their handlers”.

According to police, protestors set fire at the Food and Civil Supplies Directorate office at Papu Hill in Naharlagun. Nine people, including eight juveniles, were detained for arson. Although officials claimed that protestors had a plan to “attack installations like important government buildings and infrastructure”, they did not specify targets.

“There are no reports of any untoward incident. Most of the bandh callers were arrested and put under preventive detention. Those found directly involved were charged under Section 3 of the Arunachal Pradesh UAPA. They include leaders of the organisation that called the bandh,” Itanagar Capital Region deputy commissioner Talo Potom said.

The police also charged those who allegedly violated Section 144 under Section 107 of the CrPC, and were released later on personal bail bonds.

Others not involved in the bandh but found to be allegedly violating Section 144 were charged under Section 107 of the CrPC. They were released on personal bail bonds.

Meanwhile, ANYA president Byabang Joram denied police claims, accusing them of maligning the outfit, and issued an “ultimatum” to release its activists. He also asked how could the police book them under Arunachal Pradesh UAPA when it was actually the police who had attacked their vehicles.

“We didn’t do anything wrong. We aren’t criminals. Our boys, who didn’t join the strike, were picked up from their homes, their house owners and relatives were arrested,” he claimed.

The Arunachal Pradesh UAPA law is different from UAPA law in operation in other parts of the country, dealing with criminal activities such as bootlegging but also people “activities… prejudicial to the security of the state”.