Are We Allowing Fathers to Be Equal Parents?

A move from maternity to parental care framework is healthy for everyone. 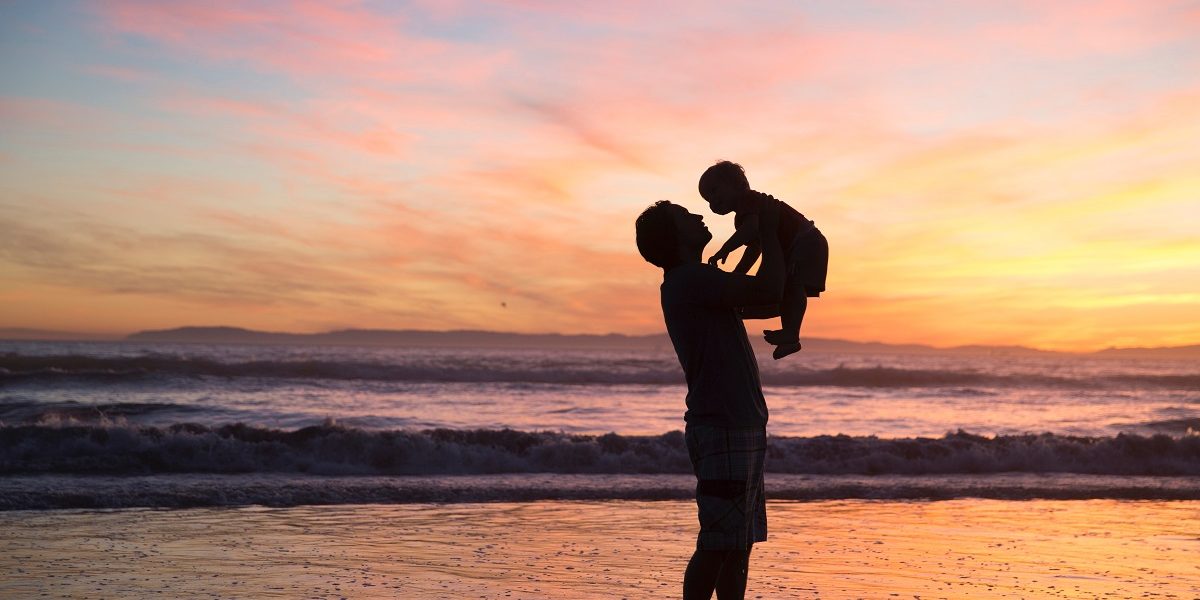 “I still remember the day my daughter was born. I had to show up for my work the very next morning,” says Mukesh Kanaujia, 32, who runs a laundry in Pune. “Even two years later, it’s 11 pm by the time I reach home and my child has already slept off. It’s almost like my daughter doesn’t know me at all.” Mukesh’s story is not an isolated story in the stories of fatherhood of our times in our country. And this is unfortunate.

A ground-breaking study by the World Health Organisation called the First Thousand Days: A Critical Window of Opportunity points out how well or how poorly mothers and children are nourished and cared for during the time of the child’s conception to its second birthday has a profound impact on how a child’s brain begins to grow and develop and when the foundations for their lifelong health are built. The study published in the globally respected Lancet medical journal states how quality nutrition, nurturing relationships, and secure environments in the first thousand days of a child’s life shape its cognitive levels. If a child receives all of these, every child, irrespective of gender, caste, class, and race will be able to attain its full potential. While economic, health and social interventions around mother’s responsibilities are ridiculously high in number, here’s the million dollar question: where are the fathers?

The Maternity Benefit Act, 1961 protects the employment of women in the formal sector during the time of her maternity and entitles her of a ‘maternity benefit’ – i.e. full paid absence from work – to take care for the child. In 2017, the Act was amended to guarantee a minimum of six months of paid maternity leave from the earlier stipulated three months. The Act and its amendment provide for 26 weeks of leave with pay to biological mothers, 12 weeks to those who adopt and 6 weeks of paid leave for women who might miscarry or face a pregnancy-related illness.

In contrast, in India, paternity benefits right now remain arbitrary to a private employer’s internal policy. However, the Central government introduced a fifteen-day paternal leave policy for its male employees. And here’s another question before us: are we, as a society, and is India, as a state, promoting outdated gendered division of labour by laying the responsibility of child care only on a mother’s shoulders?

In India, paternity benefits for new fathers are not legally mandated as yet and this has disastrous effects on women’s participation in the workforce too. According to the International Labour Organisation’s 2012 numbers, 80.2% of India’s workforce was made up of male employees. This means only one in four workers in the formal workforce in India was likely to be a woman. The same report states that the second most common reason for women dropping out of the workforce is pregnancy and childcare. Interestingly, in comparison, studies show that new fathers work more after their child is born to cope up with the loss of income, in case of a double income family. The proportion of time they invest in paid work also increases due to the increased cost of child care.

Also read: Adoptive Parents Are Being Short-Changed by the Maternity Benefits Act

So what are Indian fathers losing out on? Like Mukesh, in the process of fulfilling the gender role of a ‘provider’, fathers are losing out on the process of building wholesome bonds with their child during the neonatal period. In essence, the sufferer in this politico-economic environment are not only parents, but primarily the child.

UNICEF’s executive director Henrietta H. Fore says, “​We cannot be ‘For Every Child,’ if we are not also ‘For Every Parent’. We have to ask more of governments and more of employers if we’re going to give fathers the time and resources they need to nurture their children, particularly during the earliest years of a child’s life.” 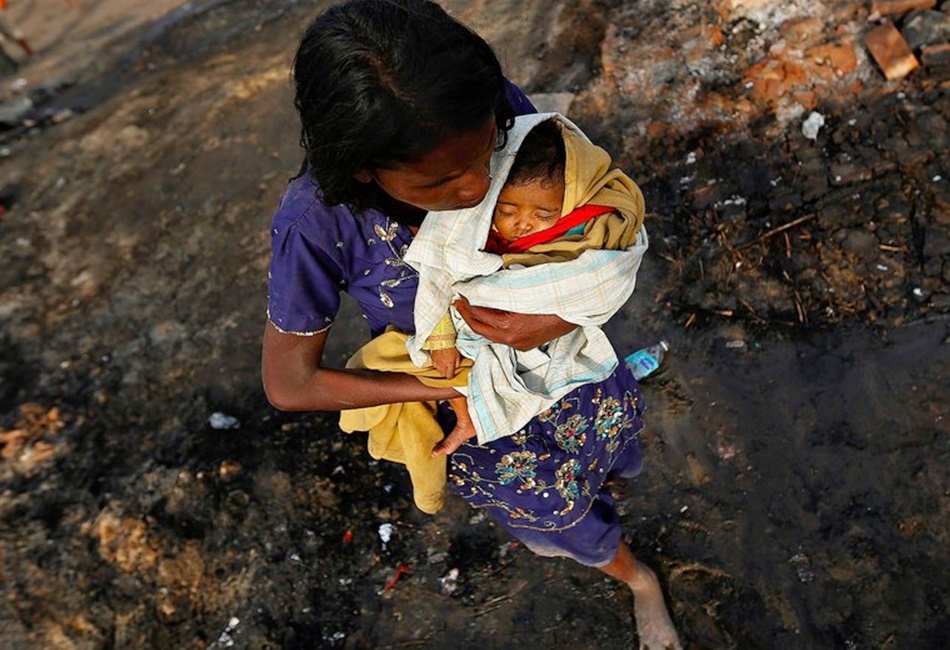 To envision this society, we need to envision fathers as active co-parents, who are not just “helpers” in parenting but also persons who take up equal responsibility. To begin with, we need to mandate minimum 90 days of leave for fathers, which can be encouraged through quotas which lapse if fathers don’t avail them. This idea is borrowed from the renowned Swedish parental leave model, which has set world standards for ensuring father’s participation in unpaid reproductive work. It’s simple, we provide a fertile environment for a man to question regressive gendered division of labour, establish better parental bonds with his child, and share an egalitarian relationship with his spouse.

Not that we haven’t thought of this. Former Member of Parliament, Rajeev Satav of the Congress introduced the Paternity Benefit Bill in 2017 as a Private Member’s Bill. “I am a father and have experienced the challenges faced in devoting sufficient time towards childcare. Being a member of the Block Panchayat during our son’s birth, and a member of the Legislative Assembly when we were blessed with a daughter, I was amidst the people soon after the birth of my children,” recounts Satav in an interview with Youth ki Awaaz.

“It was my wife, Dr. Pradnya, and our families who took on the onus of taking care of our infants. It struck me then how fathers in India aren’t expected to lend an equal hand when it comes to infant care and this fact always lingered with me.”

While the Bill proposed 15 days of mandatory and paid leaves for fathers whose wife gives biological birth to their child, in both informal and formal sectors, it also makes special provisions for adoptive fathers too. But the Bill has been criticised for not being inclusive of fathers in live-in relationships, fathers who are not in heterosexual relationships and fathers who are not cisgender, especially trans-men. 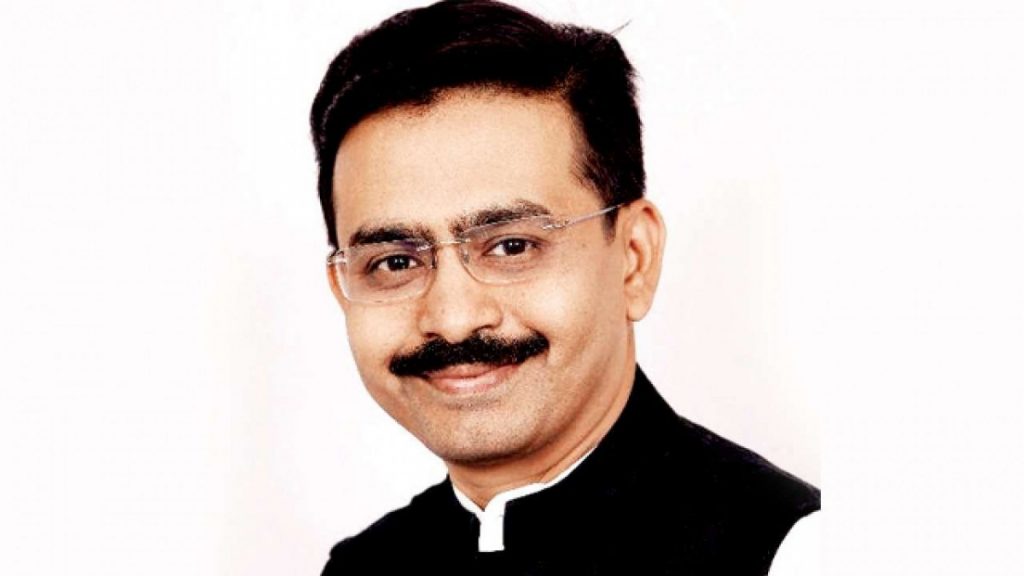 Janhavi and Swarup Mohite, who work in finance and human resource departments in multinational organisations, are looking forward to welcoming their very first baby in another two months. “Not that Swarup doesn’t have any leaves. His company gives new fathers 15 days of leaves,” shares Janhavi. Are these leaves enough? In Janhavi’s opinion, “No, but one of us will have to go for work since childbirth is an expensive affair.”

While we don’t have a law ensuring paternity benefits as yet these benefits at the moment are subject to whims and fancies of the employers. In a bid to meet international work standards, organisations in the formal sector do make an attempt to introduce paternity benefits.

To extend the question further, will paternity leaves alone radically change an essentially patriarchal minded society? The answer is: No, they won’t. Along with lack of leaves, fathers also face a number of societal and internal pressures to not be involved fathers. Erin M. Rehel, a Youngston University-based research scholar on policy and fatherhood states that other barriers which hinder fathers from taking leaves after their child is born are concerns about reactions from superiors and colleagues, a worry about violating the image of an ideal worker, mothers who discourage increased fathers’ involvement, limited exposure to child care and most worryingly, a reluctance to take leave because fathers lack interest in parenting.

In the Indian context, in a joint family set up, the grandparents also play a significant role in the child’s upbringing. Without the father’s involvement, grandmothers especially are secondary hands-on caregivers. Thus, unpaid housework and child care might also get redirected to other female members of the household. Second, families often outsource domestic chores to domestic workers who are largely female. Thus, it is again a female contributing to child care responsibilities. However, structural changes and supportive work environments can be a fertile ground for changing attitudes of men towards child care.

What do men stand to gain by being involved fathers? Apparently, a lot! A report by the international coalition for men with gender justice, Men Care, states that greater involvement by men in daily care work brings benefits for everyone. Having involved fathers is good for gender equality. It is good for women’s health too. It leads to better relationships within couples and can be linked with a reduction in rates of men’s violence against women. Fathers lower risk-taking behaviours like alcohol consumption and unruly driving. Active co-parenting fathers also report better sex lives with their partners. And having fathers who they can count on is good for children too. There is ample evidence from all over the world that engaged fatherhood has a positive impact on boys and girls – and the relationships they will share as adults. Girls are more empowered, and boys are more likely to believe in gender equality and to share the unpaid work if they saw their fathers do the same.

A move from maternity to parental care framework is essentially healthy for the economy too. Studies show that countries that fail to invest in the well-being of women and children in the first 1,000 days lose billions of dollars to lower economic productivity and higher health costs. Investments by employers and the state in fathers involvement is an investment in higher participation of women in the workforce, well-being of children and an investment in men’s all round well-being too.

Today, we need to create a scenario, where Mukesh and Swarup are able and willing to go home and play with the children they so look forward to having.

This article has been republished from Charkha Features.