Are the Green Shoots of Governance Seen Since 2014 Wilting Under Increasing Fragility?

Under the BJP government since 2014, India has seen a deterioration of freedom of speech and expression, and an increased schism between different groups. Due to this, the improvement in governance has not really paid off. 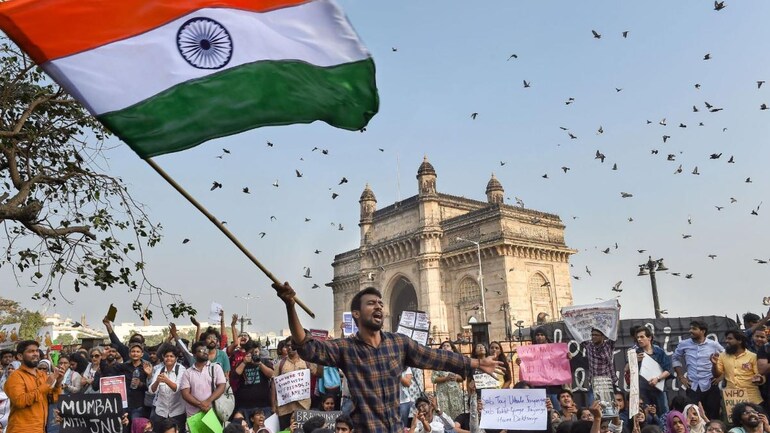 The sustainability of growth, in the long run, depends not only on sound macroeconomic policies but also on good governance and low fragility.

Traditional macro-prudential policies alone cannot sustain high rates of growth, because the risk to key drivers, such as investment and productivity, can emanate from corruption, political instability and a host of other noneconomic factors. Hence, foreign investors not only assess the country’s economic policies and regulatory regime but also its governance and fragility.

We consider recent developments in India’s governance and fragility based on the World Bank’s Worldwide Governance Indicators (WGIs) and the Fragile States Index (FSIs) compiled by the Fund for Peace, a reputed non-profit think tank.

The former is based on the perceptions and judgements of a wide variety of survey respondents in the Bank’s member countries while the latter are derived from quantitative and qualitative information on the social, economic, and political pressures building up in 178 countries around the world.

The two sets of indicators complement each other and while they need not move in lockstep, government policies cannot cause a significant divergence between the two in the long run.

For example, while the ‘rule of law’ component captures the state of a country’s legal system, the ‘human rights’ component of the FSI focuses on individual civil rights as adopted by the United Nations.

Consequently, it would be unreasonable to expect human rights to steadily improve in a country where freedom of expression and the rule of law are worsening. After all, it is the court system that has to ensure that human rights are extended and enforced in practice.

As someone once said, “Something’s gotta give”– either governance improves and makes the country less fragile overtime or the country descends into chaos as a result of an enduring schism between the two.

It is important to note that fragility is not confined to poor developing countries. The United States, arguably the most powerful country in the world, saw its fragility increase by 10 ranks in a four-year period under Donald Trump’s presidency. The undermining of independent institutions, harsh divisive rhetoric along racial lines, and efforts to overturn his loss in the November 2020 presidential elections were the main drivers of America’s fragility.

The latest WGIs show nascent but sustained improvements in four indicators of India’s governance since the BJP came into power in 2014.

These green shoots of better governance are assessed in terms of changes in the percentile scores on those dimensions of governance between the last year of the Congress government in 2013 and the score attained in 2019 under the BJP. First, India’s ‘regulatory quality’, which determines the ability of government agencies (such as the tax authorities, the Reserve Bank of India, the customs and excise authorities, etc.) to formulate and implement sound policies for private sector development, improved their standing among 200 countries by 13.5 percentile points compared to their position in 2013.

Second, ‘government effectiveness’, which captures perceptions of the quality of India’s civil and public services, their policy formulation and implementation, and the credibility of the government’s commitment to such policies, improved by 11.75 percentile points over that period.

In contrast, under the Congress, when Indians were subjected to various financial scams, corruption worsened steadily from the 41.41 percentile rank in 2003 to the 36.97 rank in 2013, the last year of its rule. By the end of 2019, less corruption and better financial integrity led to an improvement in that index by 10.6 percentile points since 2013.

Finally, ‘political stability’ and the ‘absence of violence’ improved by 9.1 percentile points by the end of 2019 compared to where the Congress left in 2013. However, as the scores are still very low, we can say that India still has a long way to go in order to foster peace and stability.

On the downside, ‘voice and accountability’, which includes freedom of expression and reflects an independent media, free of government censorship and coercion, deteriorated by nearly 4 percentile points between 2013 and 2019.

The deterioration may seem small but the lack of media freedom under the BJP has become quite evident. A number of distinguished economists including Abhijit Banerjee, Kausik Basu, Raghuram Rajan, and Amartya Sen have lamented the decline. Out of the 180 countries ranked, India’s Press Freedom Index slipped to the 142nd position in 2020 from the 140th the previous year.

In an interview with Karan Thapar, Basu noted that intolerance espoused by Hindutva is likely to make it difficult for India to attain high rates of economic growth in the foreseeable future. In fact, if history is any guide, majoritarian policies have never ended well for countries that tried them. So, there is no reason to believe that they will work in India which, by several yardsticks, is one of the most diverse countries in the world. The three most important drivers of fragility in 2020 were, in declining order, ‘group grievance’, ‘demographic pressures’, and ‘human rights’.

‘Group grievance’ focusses on divisions and schisms between different groups in society and their role in access to resources and inclusion in the political process. ‘Demographic pressures’ consider the pressures upon the state deriving from the food supply, access to safe water and other life-sustaining resources including the quantity and quality of healthcare.

However, the largest deterioration in the FSI in 2020 relative to 2013, the last year of Congress’s rule, was due to the worsening of human rights. Were it not for the improvement in inequality as a result of various schemes to help the poor, the increase in fragility would have been worse.

Because governance and fragility tend to move together, it is likely that the hard-won green shoots of better governance will wilt sooner or later under the troubling rise in fragility. For a brighter, more inclusive future, the government should foster freedom of expression and association and encourage an independent and pluralistic media.

Furthermore, the government must hold public officials accountable, strengthen human rights and civil liberties under the rule of law, and allow civil societies such as NGOs and think tanks to participate fully in India’s governance.

Both governance and fragility need to improve steadily in order to create the conditions for India’s economic growth in the long run. The present scenario of some nascent improvements in governance alongside deteriorating fragility sends mixed signals to investors and is unsustainable.

Dev Kar, a Fellow at Yale University, is Chief Economist Emeritus at Global Financial Integrity and a former Senior Economist at the International Monetary Fund. His book, India: Still A Shackled Giant, was released by Penguin Random House India in October 2019.