Those seen as ‘victims’ of trafficking need their own voice in the process of their welfare, rather than a paternalistic policy system that negates their agency. 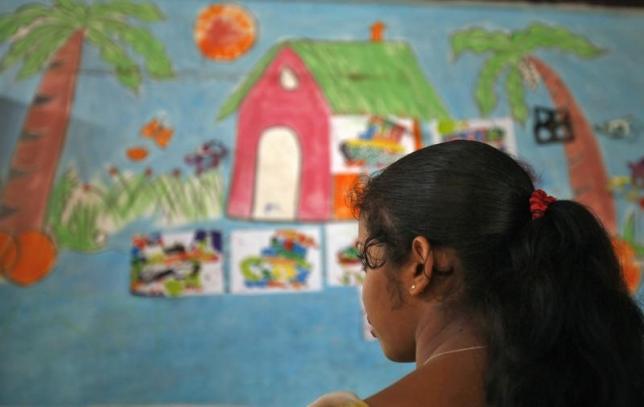 A 16-year-old girl stands inside a protection home on the outskirts of New Delhi November 9, 2012. Credit: Reuters/Mansi Thapliyal/Files.

From the origin of the “anti-trafficking” metonym in colonial British rule to the latest legislation, regimes in India have invariably silenced the voices and affected the wellbeing of those it aimed to protect from trafficking.

For instance, the Immoral Traffic (Prevention) Act, 1986 (ITPA), a central law on trafficking in India, conflates trafficking with prostitution; and this conflation resulted in harmful consequences for the lives and livelihood of consensual adult sex workers. The Verma Committee, established by the Indian government, also exposed the ITPA and recommended a revision in anti-trafficking policies. It led to an amendment to Section 370 of the Indian Penal Code in 2013.

But the amendment to Section 370 reproduced the existing system of criminalisation, which has been in place since colonial anti-trafficking interventions. The noticeable change that Section 370 intensified is that it covered other areas of labour exploitation along with exploitation in sex work in its added definition of human trafficking, but contrarily it also undermined the agency of supposed trafficked persons by denial of their consent and choices at the time of rescue or rehabilitation.

The current regime of India didn’t reconsider the same bill for passage during the following sessions in the parliament. But along with the approval of the group of ministers in June 2020, an article written by Meenakshi Lekhi (an MP from the ruling BJP) on August 19, 2020, signals a reconsideration of the revised bill. Meenakshi Lekhi has given some recommendations and propagated the need for improvement of the anti-trafficking bill of 2018.

Also read: Children Will Be More Vulnerable to Trafficking After COVID-19

However, there remain some contradictions and ambiguities in the article and recommendation made by the BJP MP, which I would like to address, with the intention of contributing to India’s new anti-trafficking policies.

Lekhi has suggested that references to Acts like the Juvenile Justice (Care and Protection of Children) Act, 2015, the Protection of Children from Sexual Offences (POCSO) Act, 2012 and the Child and Adolescent Labour (Prohibition and Regulation) Act, 1986 are essential to ensure transparent and speedy procedures for child safety and welfare.

On the other hand, she argues that similar existing laws including the Immoral Trafficking Prevention Act (ITPA), Bonded Labour System (Abolition) Act, 1976, the Child Labour Act, and Juvenile Justice Act cover the ambit of trafficking and the government needs to state whether it will replace or supersede these existing laws to avoid confusion and overlap.

The contradiction that emerges with such a suggestion is that since these laws are essential and, replacing or superseding them will dismantle the institutions, frameworks and justice delivery mechanisms already in place. It also points out an issue that there are existing laws that cover the ambit of trafficking, and why the government can’t revise, connect and improve existing legislation. Improving and linking existing legislation can deliver results faster than developing new institutions and infrastructures with new laws.

The BJP MP also recommended a requirement to recognise new forms of trafficking such as ‘post-disaster trafficking’. This appears as an indistinct form that has potential to affect the disaster-induced migrants, because the existing design of trafficking is conflated with migration and results in the forceful rescues without the acknowledgement of a rescued person’s consent, affecting their livelihood.

Framing such a form of trafficking, therefore, will promote the system to target or rescue anyone who migrates due to a disaster, which will affect the wellbeing and livelihood of consensual adult migrants. Also, ‘post-disaster trafficking’ is not a form but shows a situation that can cause trafficking. The existing definition of trafficking already covers the ambit of such situations.

Lekhi also suggested that adding provisions mentioning the rehabilitation of women viz. aged sex worker, who have limited avenues to generate livelihood is crucial. It contradicts the very notion of sex work since aged sex workers don’t look for “rehabilitation” but a retirement plan, considering their profession as work.

Therefore, bringing consensual adult or aged sex workers into a rehabilitation plan contradicts the very idea of considering sex work as work, which sex workers have been fighting for decades. It would be a paternalistic response and would deny the dignity to such a person. The state should provide a welfare support system to such a person. It would, therefore, be great if the government plans a policy that provides pension, retirement and other labour benefits to those sex workers who aim to remain or retire, like other labour professions.

Over the years, my research engagement with the diverse stakeholders including community members of anti-trafficking target groups points that those seen as ‘victims’ of trafficking need their own voice in the process of their welfare or justice, rather than a paternalistic or infantilised policy system of state or its representatives. It is obviously the design of the current anti-trafficking system that creates harm, and negates their agency and voices, and hence gives power to institutions like the police, state departments and anti-trafficking “crusaders” to impose their moral and social judgement, policies and intervention programs.

If the government intends to reformulate a comprehensive and just anti-trafficking law, it should provide a platform in the law to hear and consider the choices of persons whom they aim to rescue as trafficked. Several studies have also provided evidence that shows that the criminalisation framework produces more harms to those seen as victims.

Also read: Trafficking of Minor Girls From Jharkhand – When Will It End?

It is therefore time for the government to reconsider and revoke the colonial criminalisation anti-trafficking framework, improve and link effectively existing laws (rather than producing new ones) and design a program that respects and encourages community wisdom, local community-driven or personalised interventions for minimising exploitations in respective labour sectors.

Jaffer Latief Najar works as a PhD researcher at International Institute of Social Studies, The Hague, Netherlands (ISS). Before joining ISS, he was leading a team of national research and policy project on human trafficking, commissioned by National Human Rights Commission of India in collaboration with UN and Tata Institute of Social Sciences, Mumbai. Views expressed are personal.