"It has already come to light that in many cases, these 'anti-Romeo squads' have become an even greater source of harassment and fear for women and men," 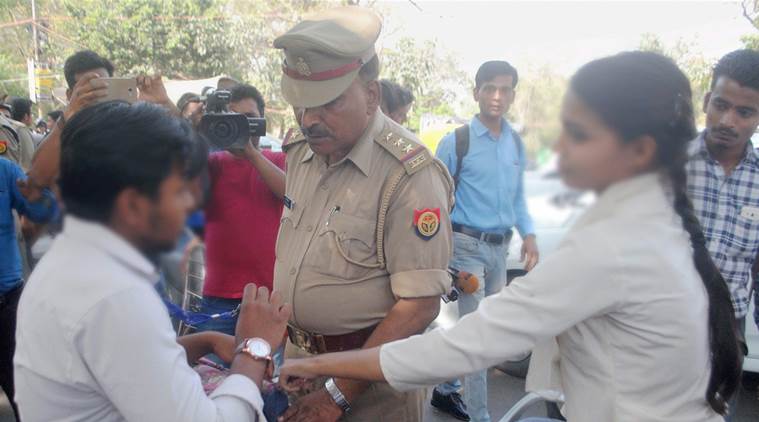 New Delhi: Advocates of women’s rights including activists Aruna Roy, Kavita Srivastava, Kalyani Menon Sen and lawyers Indira Jaising and Vrinda Grover, among others, have issued a statement demanding that ‘anti-Romeo squads’ in Uttar Pradesh be disbanded immediately, and the FIRs and complaints against advocate Prashant Bhushan be dropped.

Anti-Romeo squads of plainclothes policemen as well as vigilante civilians have been dispatched across UP apparently to ‘protect women’, but instead were reported to be harassing young couples who were found together in public spaces. These squads, the activists’ statement says, cannot address the real issue around harassment and sexual violence, but will instead further limit women’s freedoms by indulging in moral policing.”It has already come to light that in many cases, these ‘anti-Romeo squads’ have become an even greater source of harassment and fear for women and men,” they have said. “We are clear that maintaining law and order is the primary function of the state and nothing can be done contrary to law, while addressing the issue of women’s safety. The so-called anti-Romeo squads are being encouraged by a state which reneges on its own obligations to maintain law and order. When the right to personal liberty and privacy is compromised by these squads, the state must be held fully accountable for such violations, and must be made to restore the dignity of the citizens, who are targeted by these squads by adequately compensating them and acknowledging that their rights have been violated.”

The statement also criticises an Allahabad high court judgment that legitimised civilian action if it were to ‘protect’ women, saying that this would further encourage vigilantism and moral policing. “The court instead could have asked the state government to present a grievance redressal mechanism both for instances of sexual harassment of women and excesses committed by the ‘preventive mechanism called anti-romeo squads’, it in this detail that the commitment of the state towards ending violence against women and not encroaching on people’s privacy would have been established,” the activists have said.

The activists have also raised the complaints and FIR that have been filed against Supreme Court lawyer Bhushan based on a tweet where he said that “Romeo loved just one lady, while Krishna was a legendary eve teaser. Would UP CM Yogi Adityanath have the guts to call his vigilantes anti-Krishna squads?”

While as feminists they may not agree with Bhushan’s tweets, the statement reads, the case against him is a clear example of abuse of power. “As feminists, our viewpoint on the subject of the tweet is different from that of Advocate Prashant Bhushan. In our understanding, there is a sharp distinction between consensual friendship, flirtation and love between two adults, irrespective of differences of class, caste or religion in which nobody has the right to interfere and between sexual harassment, stalking and sexual assault of women, on the other. The FIR registered against Adv. Prashant Bhushan by Hazratganj Police is a clear case of abuse of power, as no such offence is made out on the basis of the tweet in question. This is yet another example of the prevailing high level of intolerance to opinion that is at variance from the majoritarian viewpoint.”

Given this, the activists have asked that the anti-Romeo squads be immediately disbanded and replaced by long-term legal and institutional measures to ensure women’s safety, and the FIRs against Bhushan be dropped.