"We are protesting peacefully, please let us. And if you have so much trouble with it, then withdraw [the CAA], and we will all go back to our respective houses." 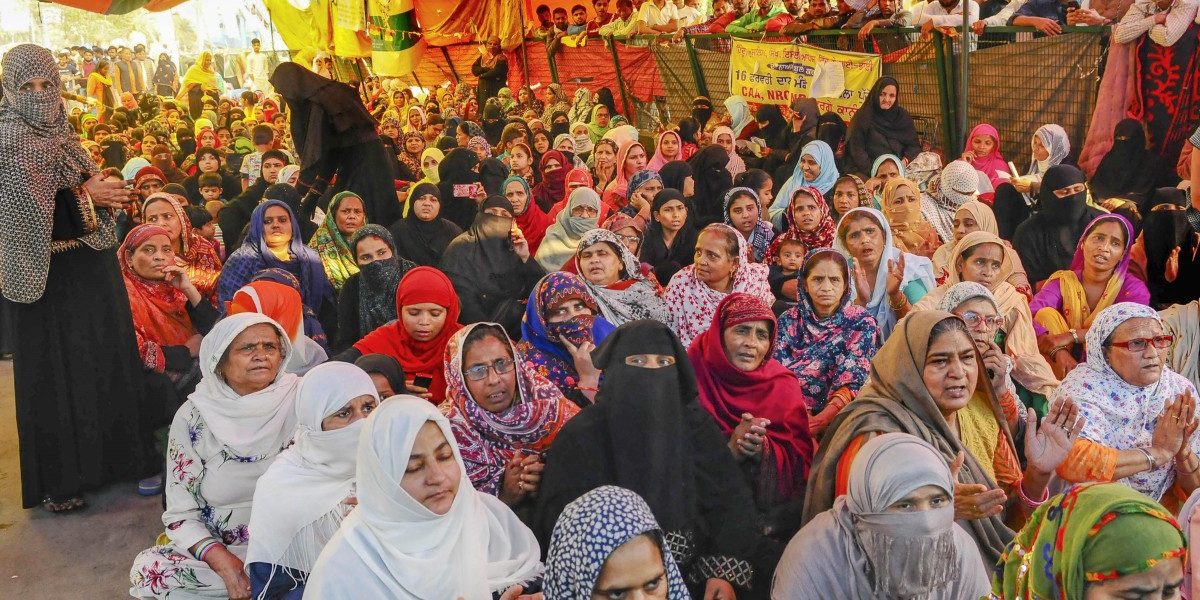 New Delhi: Despite the riots across North East Delhi last week – triggered by Hindutva mobs wanting to ‘clear’ anti-Citizenship (Amendment) Act sit-in protests – protesters in other parts of the city are standing their ground.

“We will keep sitting here till the CAA and NRC (National Register of Citizens) are withdrawn,” a protestor at Shaheen Bagh told The Wire.

Early last week, as the policed ‘cleared’ the sit-in at Khureji Khas, women’s groups called for people to show up in large numbers to protect the remaining sites. On February 26, The Wire sensed confusion at Shaheen Bagh, as one protestor said, “Today is the last day here”, but another refuted the same claim by saying, “No, our protest will continue undeterred.”

Literally translating to the reservoir of the queen, the Hauz Rani sit-in protest started in the last week of January. Right from the very beginning, women here have stood firm against police threats in Hauz Rani’s Gandhi Park. Situated on the road across Max Hospital, Gandhi Park carries a poster of Dr B.R. Ambedkar.

One of the protestors, while speaking to The Wire, said, “This dark law that they have brought in (referring to the CAA), what was the need to bring it? We just want that our prime minister withdraw this law…We are protesting peacefully, please let us. And if you have so much trouble with it, then withdraw it, and we will all go back to our respective houses…Why does the RSS keep demanding that we must go back to Pakistan? Why will we go to Pakistan? If we wanted to go, we would have left with Jinnah. India is our birth place. We will live here and die here. We will not move from here. You need to stop dreaming that Muslims will leave India. Modi Ji, stop seeing this dream. Let the country function according to the constitution.”

Also read: ‘We’ve Been There’: A German Student’s Apology for Letting India’s Democrats Down

On Sunday, February 23, 2020, which was also the first day when Delhi witnessed violence over the CAA, this sit-in at Hauz Rani allegedly experienced a violent lathi charge by the police. After Chandrashekhar Azad’s call for a Bharat Band, as shops in Hauz Rani remained closed, the women decided to march through Malviya Nagar to draw attention towards their cause. While returning from their march, and heading towards Gandhi Park, the police unleashed a storm of lathis at the protestors, stating that there was no permission for the march. While speaking to The Wire, a protestor revealed, “My daughter’s foot was stuck in between the road and the barricades. She couldn’t take it out. A policeman came and asked a man on a motorcycle to run the vehicle on her foot.”

In another account, it was revealed that women were molested by the policemen as they groped them, and hit them with lathis on their chest, stomach and private parts. The policemen also allegedly held the girls by their hair and pushed them to the ground. In light of these atrocities, protestors asked, “Ye humaray desh ke rakhwale hain, ya izzat lootne wale hain? (Are they the guardians of our country, or are they those who assault the women?)”

Numerous people have called out the partisan behaviour of the police. While the forces continue to attack civilians who peacefully protest, there seems to be a failure on the part of the police to arrest those inflicting violence, particularly in parts of North East Delhi.

Dominated by the women, this sit-in is made up of people hailing from regions as far off as Darbangha in Bihar. A protestor angrily exclaimed, “We have had the house in Darbangha from five generations. Year after year our family has lived there. Why do I still have to show my papers for living in India?” At the heart of this question is the larger question that asks if a piece of paper supersedes the time that generations of families have spent in the country.

The protestors are also wary of the loopholes of the system in India. One of the protestors stated, “In the India we live in, these rich people will pay someone off to buy the papers. But where will the poor person go?” The protestors have time and again asserted that the implementation of the CAA and NRC will affect the people from the lower socio-economic groups most significantly. As time passes by, they are also concerned about the daily days of labour they cannot give in. A protestor at Hauz Rani expressed, “No one leaves their work and sits on the road for months. No one likes sitting on the road. We are more inconvenienced by protesting than they are. They can at least listen to us.”

For the last few weeks, the women at these protest sites have been juggling household work and protesting. They coordinate how many people will be present at the protest site and when, and accordingly make the required arrangements for their family members.

The cycle of violence

Delhi has stood witness to communal violence right from the time of Partition in 1947 to the Sikh massacre in 1984. Year after year, generations have had to deal with inter-generational trauma, and negotiating through complex feelings of hatred. The year, 2020, seems to be adding to a similar cycle of violence.

As one protestor said, “Kapil Misra gives speeches that reek of violence. Are they not humans? They don’t want brotherhood. We want brotherhood. Who has died in this violence? Those who had little children. Tomorrow they will ask, ‘How did my father die?’ When the mothers will tell them that this is how their father was killed (in the midst of communal riots), then they will only have space for hatred in their hearts. They will only have feelings of seeking revenge. And they will burst like volcanoes. And then they will be blamed for being terrorists. Why? Because right from childhood that child has felt wounds.