For the Modi Government, Trouble Is Still Brewing in the US Congress

Some analysts see a resurrection of the old anti-Modi “Coalition Against Genocide”, which prevailed in the US Congress to deny him a visa while he was chief minister of Gujarat. 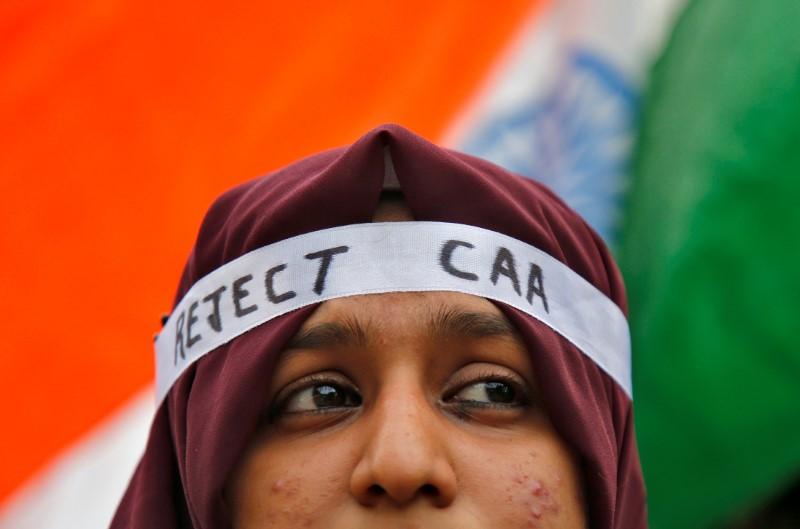 Washington: The impeachment of President Donald Trump has grabbed Congressional attention for obvious reasons, but trouble for India over the Citizenship (Amendment) Act and continued detentions in Kashmir is brewing just below the surface in the US Congress.

Democratic Congresswoman Pramila Jayapal’s resolution asking the Indian government to lift all restrictions in Kashmir as soon as possible is alive and gathering support within the party, as well as quiet acquiescence from Republicans.

The resolution, which now has 49 co-sponsors, including five Republicans, is still in the House Foreign Affairs Committee. It has sat there since December 6 when it was introduced by Jayapal, the first Indian-American woman to be elected to the House of Representatives.

While the resolution deals with the situation in the bifurcated union territories of Jammu and Kashmir and Ladakh, additional measures by Prime Minister Narendra Modi’s government on who is and can be an Indian citizen have raised further questions.

There is growing disquiet about the Citizenship (Amendment) Act (CAA), the National Register of Citizens (NRC) and the National Population Register (NPR) and how they might overlap and affect large numbers of Muslims in India. Confusion prevails over how each component of the alphabet soup might ultimately be implemented.

India’s Republic Day celebrations in Washington saw more than a thousand protesters walk from the White House to the Indian Embassy against the CAA. Some read the preamble to the Indian constitution.

It’s clear that Indian-American groups have become energised. Some analysts see a resurrection of the old anti-Modi “Coalition Against Genocide”, which prevailed in the US Congress to deny him a visa while he was chief minister of Gujarat. Shaik Ubaid, a New York area doctor formerly with the Indian American Muslim Council (IAMC) and founder of the earlier Coalition Against Genocide is back in the fray.

The IAMC is now leading an increasingly vocal campaign to pressure the US Congress to take cognisance of current developments in India.

Last week, the IAMC organised a briefing for Congressional staffers and invited an array of critics to speak on the CAA and NRC. The 90-minute programme included speakers from Human Rights Watch, Amnesty International, US Commission on International Religious Freedom and Magsaysay awardee Sandeep Pandey, who spoke about his many personal run-ins with the Uttar Pradesh government.

The master of ceremonies set the tone when he challenged the US government, asking why it hadn’t taken a strong stand against India. It’s “inconceivable” that with its massive intelligence capacity and diplomatic heft, the administration doesn’t know that millions of Muslims are about to be rendered “stateless”.

John Sifton, the Asia advocacy director at Human Rights Watch, claimed the government of India and its embassies were putting out “misinformation”. He also claimed that India couldn’t argue that its moves are an “internal matter” because international law was being violated.

While a state has the right to determine citizenship, it is not allowed to act in a discriminatory manner on the basis of race, religion, colour and ethnicity. India is a signatory to various covenants on human rights, which ask countries to curtail hate speech and curb xenophobia. He called India’s NPR “slow moving and insidious”.

Franciso Bencosme of Amnesty International was even more strident. He said Amnesty had documented “a clear pattern of use of excessive force, arrests and bias in police and administrative response”. The prime minister’s “silence on police brutality and crackdown has spoken louder than his words”.

He said the US Congress should address the situation as a human rights issue, not a partisan issue or liberalism vs fascism issue.

Harrison Akins of the US Commission on International Religious Freedom, an organisation that the Modi government has a special distaste for, repeated his group’s call for targeted sanctions against “individuals” – a veiled reference to India’s home minister Amit Shah. The US government has a “vast array of tools” which it must deploy to deal with the situation in India because the BJP and company are “reinventing the history and social landscape” of the country, he said.

The barrage of criticism is likely to put some members of Congress off – as it has certain Indian American groups which refused to be part of this coalition.

One of the groups that pointedly decided not to be part of the “Coalition to Stop Genocide” was Young India, a group of Indian Americans who try to follow the strategy of “satyagraha”.

Members of the group instead went to the Gandhi statue outside the Indian Embassy last weekend to sit on a dharna to protest against “the growing polarisation in Indian society today.” They began with an all-religion prayer meeting followed by speeches that highlighted the “need for pluralism in an ancient and heterogeneous society like India.”

Key organisers felt that the “Coalition to Stop Genocide” was more interested in name-calling, publicity and aligning with groups to get larger numbers, including those that advocate separatism. There was no transparency, one member said.

“What people in Shaheen Bagh are doing is a satyagraha and we wanted to express our solidarity with them in a peaceful manner. We object to the use of the word “genocide.” India is on a perilous path but it’s incorrect to use that word,” he explained.

“IAMC justifies the use of the word genocide seeing that ‘Genocide Watch’, the world’s most authoritative organisation on the subject, has already issued two genocide alerts for India last year,” Rasheed Ahmed, IAMC Director of Public Relations said. “Genocide Watch alerts said that both Kashmir and Assam are at the eighth stage of the “10 stages of Genocide”. Even the protesters at Shaheen Bagh and elsewhere in India have used the term genocide.”

‘No need for CAIR’

The fact that CAIR co-sponsored the January 27 briefing on Capitol Hill  has also triggered disquiet in some sections of the anti-CAA protestors.

Though CAIR is a US-based organisation with a focus on Middle East politics, it has money, outreach and influence – attributes that Indian American groups are looking for in their effort to increase pressure on the Modi government through legislative action. But CAIR’s association with IAMC at the Congressional briefing led to internal disagreements within the Coalition Against Genocide with Ubaid saying on Twitter that the IAMC had been “foolish” to involve CAIR. Ubaid said the IAMC “can help CAIR more than CAIR can help it so there was no need for CAIR.”

Note: The story has been updated to note Sheikh Ubaid is no longer part of the IAMC but is a founder of the Coalition Against Genocide. His quote from a tweet which appeared after the original story was published has also been added.