Bhardwaj founded the Satark Nagrik Sangathan in 2003, whose pioneering work has been to create report cards for elected representatives across a field of categories. 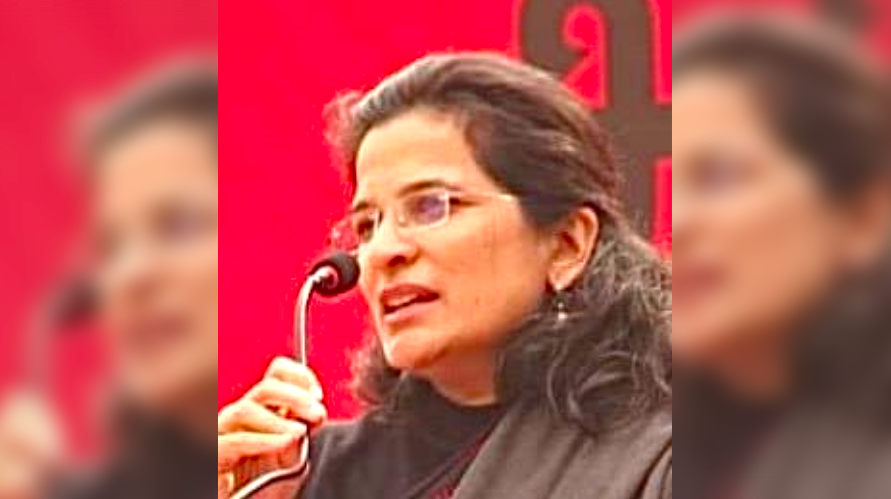 New Delhi: The US state department has announced Anjali Bhardwaj as one of the 12 inaugural winners of the International Anticorruption Champions Award. The Right to Information activist told The Wire that the honour was a “message of support” for those working in the field of deepening democracy.

On Tuesday, US Secretary of State Anthony Blinken announced that he was establishing a new International Anticorruption Champions Award. This honour would recognise “individuals who have worked tirelessly, often in the face of adversity, to defend transparency, combat corruption, and ensure accountability in their own countries”.

“As President Biden has emphasized, our commitment to truth, transparency, and accountability is a mission that we must live at home and exemplify abroad. I commend the dedication of these 12 brave individuals to these same ideals,” he stated.

Eleven others from around the world will also be honoured, alongside Bhardwaj. They are Ardian Dvorani of Albania, Diana Salazar of Ecuador, Sophia Pretrick of the Federated States of Micronesia, Juan Francisco Sandoval Alfaro of Guatemala, Ibrahima Kalil Gueye of Guinea, Dhuha A. Mohammed of Iraq, Bolot Temirov of the Kyrgyz Republic, Mustafa Abdullah Sanalla of Libya, Victor Sotto of The Philippines, Francis Ben Kaifala of Sierra Leone, and Ruslan Ryaboshapka of Ukraine.

Congratulations to @AnjaliB_ for being named one of the inaugural @StateDept International Anticorruption Champions Award winners! This award recognizes courageous work of anticorruption advocates from around the world. Read more: https://t.co/Af95S4urVF #UnitedAgainstCorruption pic.twitter.com/hNzCYPSTVx

Speaking to The Wire on Tuesday night, Bhardwaj said, “I think that at a time like this is a strong message of support for everyone who is showing truth to power and trying to deepen democracy”.

Thank you 🙏 This is a recognition of the collective effort of people and groups across the country who hold power to account ✊🏽 https://t.co/ZXIbLy8fGT

She noted that the times are challenging, with governments making a “constant attack on the Right to Information legislation”.

“The struggle is quite intense, especially at this time, when we are seeing an attack on all legislations that empower people and on people who  demand accountability and transparency in the country,” she said.

Bhardwaj said that if globally there was a “strong voice supporting transparency and accountability,” then it would be worth it to look forward to its positive impact on India too.

During his presidential election campaign, Joe Biden had repeatedly emphasised that he would put furthering democracy worldwide as one of the priorities of his administration’s foreign policy.

“Around the world, corruption threatens security and stability, hinders economic growth, undermines democracy and human rights, destroys trust in public institutions, facilitates transnational crime, and siphons away public and private resources. The Biden administration recognises that we will only be successful in combating these issues by working in concert with committed partners, including courageous individuals who champion anticorruption efforts and countries working to fulfil their commitments to international anticorruption standards,” his secretary of state Antony Blinken had said.

Bhardwaj founded the Satark Nagrik Sangathan in 2003, whose pioneering work has been to create report cards for elected representatives across a field of categories.