Driven to a frenzy over purported statements given by Maoist sympathisers, Andhra police have arrested several human rights activists from Andhra Pradesh and Haryana. 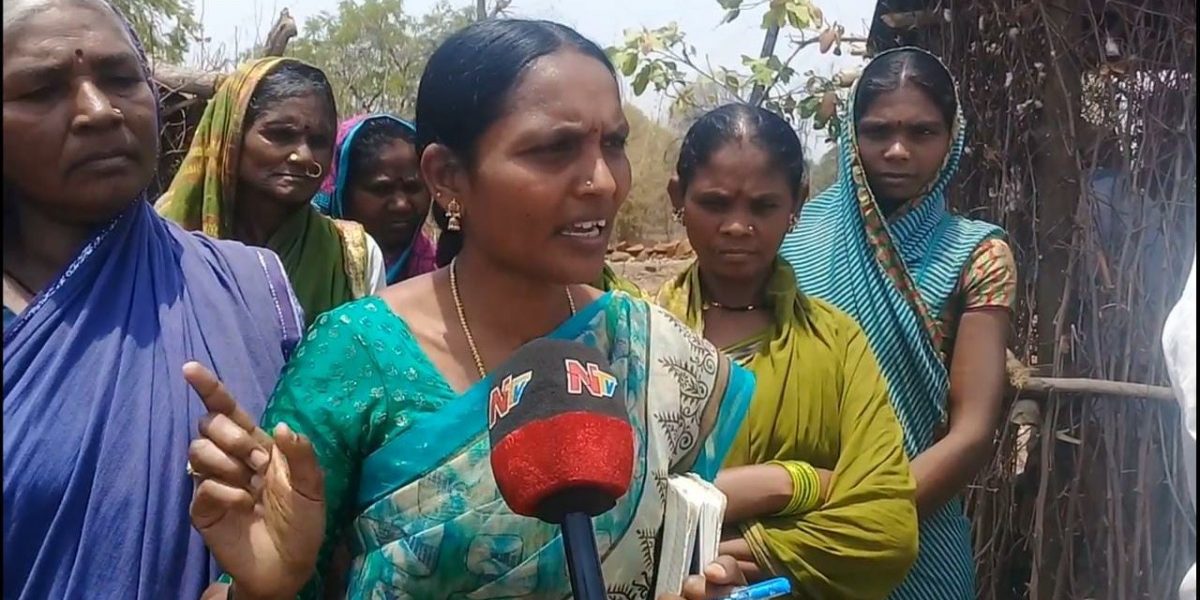 Suguna, who along with her husband has been held by police and slapped with UAPA charges. Photo: By arrangement.

Hyderabad: Athram Suguna, a 38-year old school teacher of the Gond tribe from Telangana’s Fakrigutta in Adilabad district, has been caught in a cat-and-mouse game with no end in sight.

Suguna works as a school assistant in a zilla parishad high school at Utnoor. After a group of suspected Maoist sympathisers supposedly spilled the beans on a network of Maoists to the police, the latter have framed her in a case under the draconian and stringent Unlawful Activities (Prevention) Act.

Tadvai police had nabbed four suspected Maoist sympathisers on November 2 when they were allegedly on their way to Chhattisgarh to meet top Maoist leaders. The four are Haribushan, Damodar, Kankanala Raji Reddy and Mylarapu Adellu. They were held following a complaint received by A. Srinivas, Circle Inspector of Police of Pasra circle.

On November 3, Mulugu Assistant Superintendent of Police P. Saichaitanya held a press conference and quoted the suspected Maoist sympathisers as having said in the course of interrogation that as many as 27 persons had links with the outlawed extremists.

Caught in the cross-fire

Among those charged under UAPA are Suguna, her husband Bhujanga Rao, also a teacher in tribal welfare residential school at Pittabhongram, her brother K.Venkatesh and several other representatives of various organisations working for the benefit of tribal people.

Also read: In Bastar, a Journalist Is Caught in the Crossfire Between Police and Maoists

Bhujanga and Suguna, talking to The Wire, flatly denied that they had links with Maoists. Bhujanga is vice-president of the state branch of Human Rights Forum (HRF). Suguna is the president of Adilabad district unit of the same rights group. “We are only working to defend the rights of tribals, improve healthcare, water supply and transport facilities in the agency area,” Suguna said. 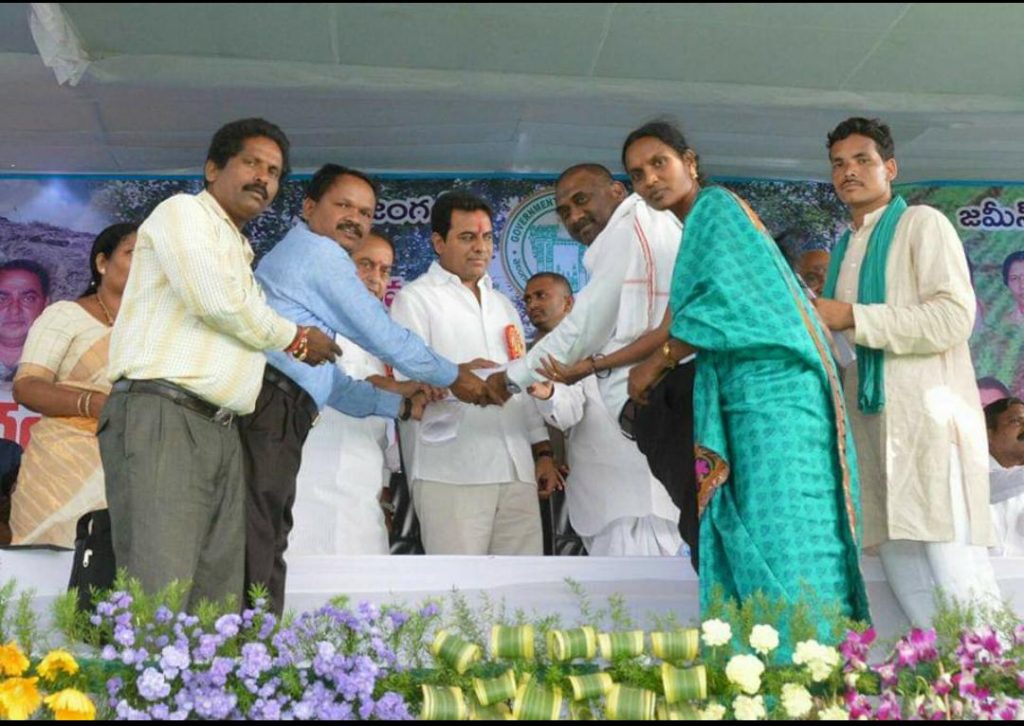 Athram Suguna presenting a memo to Telangana’s IT minister on the problems faced by Adivasis.

Suguna has received a memo from the Adilabad District Education Officer to face an inquiry and prove her innocence.

The Andhra police, on November 22 and 24, slapped UAPA charges on 67 activists representing rights and women groups, literary and Dalit organisations. Those framed include V.S. Krishna, convener of the HRF Andhra Pradesh and Telangana units.

Cops are complainants, witnesses too

The police on November 22 claimed to have apprehended a TV journalist, identified as Pongi Naganna at Munchingipattu in Visakhapatnam Agency after he was charged with acting as a courier for Maoists. On November 24 the police arrested one Kambhampati Chaitanya at Piduguralla of Guntur district on suspicion that he was working for Maoists. According to the police, information revealed by the accused in the two cases has become the basis for slapping the UAPA Act on so many others.

Interestingly in all the three cases either the sub-inspectors or the circle inspectors were the complainants. The witnesses were subordinate police constables.

HRF leader Krishna told The Wire that the police targeted the HRF for its role in bringing justice to the rape victims of Vakapalli in Visakhapatnam Agency.

Eleven women from the Kondh tribe in Vakapalli, an Adivasi habitation in Visakhapatnam district of Andhra Pradesh, were allegedly raped by personnel of the state’s elite anti-Maoist force, the Greyhounds, on August 10, 2007. HRF extended legal aid to the rape victims and ensured the case came up for trial. “The police, therefore, nursed a grudge against the HRF and implicated its activists in the UAPA case in an apparent bid to intimidate them and wean them away from tribal people,” Krishna said. 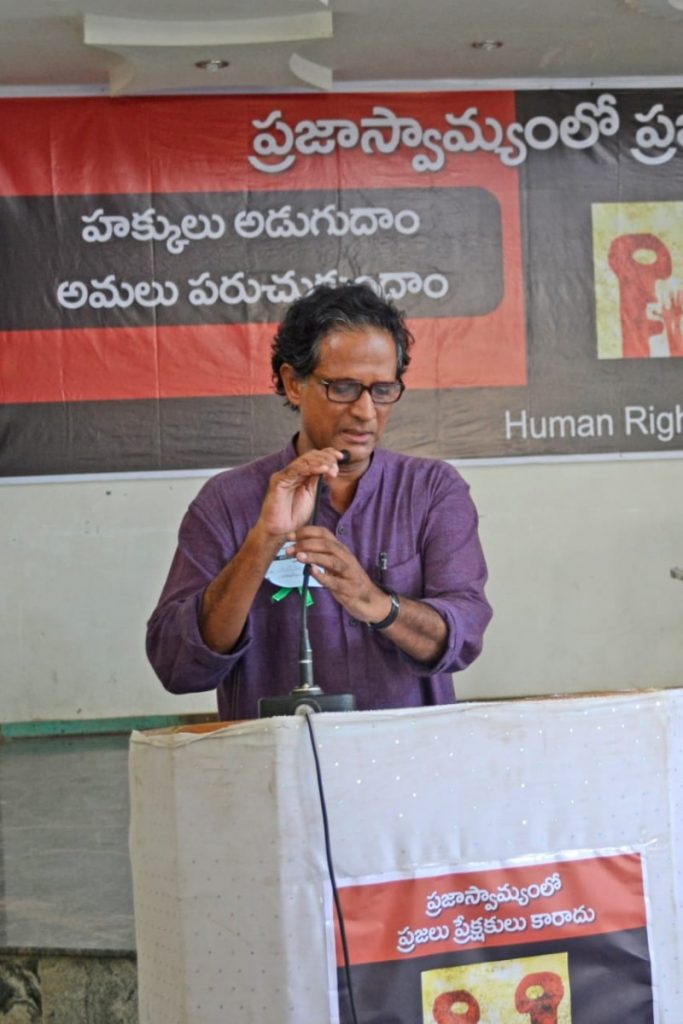 V.S. Krishna, one of the activists slapped with UAPA charges. Photo: By arrangement.

Krishna too said he had no links with the Maoists and was taken aback at the information purportedly divulged by the suspected Maoist sympathisers arrested at Munchingipattu and Piduguralla.

“HRF is not a surrogate or front of any political party. We were formed in 1998 with the firm conviction that a broad-based and truly independent human rights movement is desirable and possible,” Krishna asserted.

K. Balagopal broke away from the APCLC (Andhra Pradesh Civil Liberties Committee) and founded the HRF. He was also said to have treated the violence perpetrated by left-wing extremists and the police on an equal plane and as an attack on human rights.

Veteran Virasam (Revolutionary Writers Association) leader Varavara Rao from Telangana, trade union activist and lawyer Sudha Bharadwaj from Chhattisgarh and Delhi University professor G.N. Saibaba are among several people against whom UAPA charges have been invoked and who have been in jail since being charged.

The reports of Maoists staging a comeback in Andhra Pradesh and Telangana after retreating into the Dandakaranya on the Andhra Odisha Border (AOB) was believed to be a trigger for the police to go on an overdrive and launch a crackdown on organisations with suspected links to the banned party.

The police are alarmed over the movement of action teams of the Maoist party in the Godavari valley in Telangana and Visakhapatnam’s Agency area.

Playing on their minds is the fact that the run up to the 2019 general elections, Maoists had gunned down TDP’s sitting lawmaker Kidari Sarveswara Rao and former lawmaker Siveri Soma in Araku area in Visakhapatnam.

In October, the police top brass of Telangana, Chhattisgarh and Maharastra had held a meeting at Wajedu in Telangana’s Mulugu district to take stock of Maoists’ attempts to revive their activities.

The rights groups believe that the state is resorting to laws such as UAPA to stifle democratic voices against its excesses.

“As a tribal, I have been working for my fellow tribals as a rights activist. How can it be construed as left wing extremist activity?” asks Suguna.