Sameer Ahmad Bhat's assassination is the latest on a slew of attacks on local political leaders by militants. 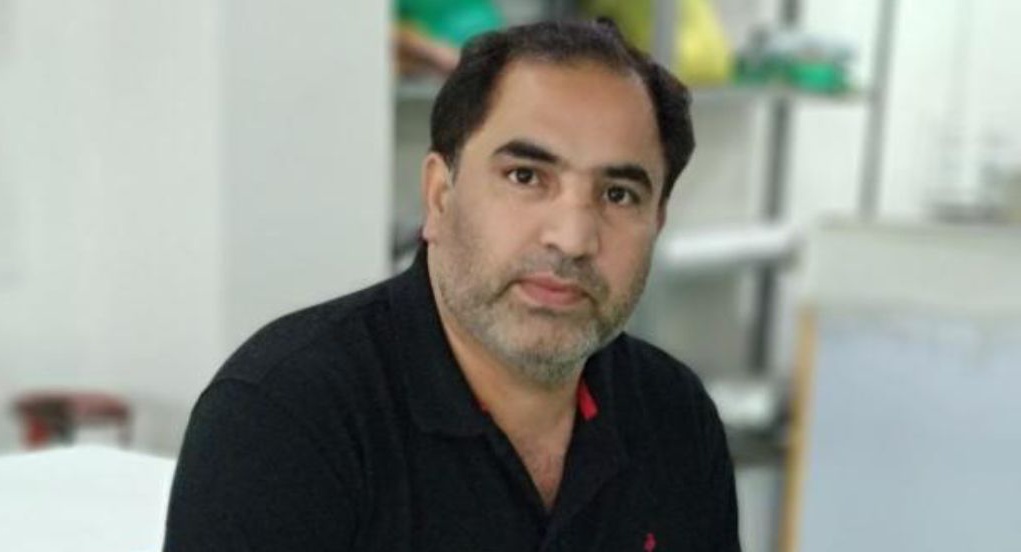 Sameer Ahmad Bhat, who was killed by militants outside his home on the outskirts of Srinagar. Photo: Courtesy his family

Khonmoh: When a youngster from the neighbourhood came looking for sarpanch Sameer Ahmad Bhat at his residence in this industrial area in Srinagar outskirts on Wednesday (March 9), Sameer’s brother, Firdous Ahmed Bhat, felt stressed by the youngster’s second companion – a complete stranger with ‘innocent’ looks.

The family was aware of the militant threats that the panchayat members have been facing in Kashmir; Sameer too got a death threat last year, so he was discouraged from leaving the safety of the four walls of their iron-gated house where access to visitors was restricted.

Firdous rang up his brother, who was in his room on the second storey, and described the two young men and their complaint. A family in the neighbourhood wanted iron poles for a stable power connection. They had spoken with Sameer last week. Now, their son had come with an application which required his signature.

“He will be out soon. You wait here,” a relieved Firdous told the two youth lurking in the park, closed the main gate and disappeared into the backyard. 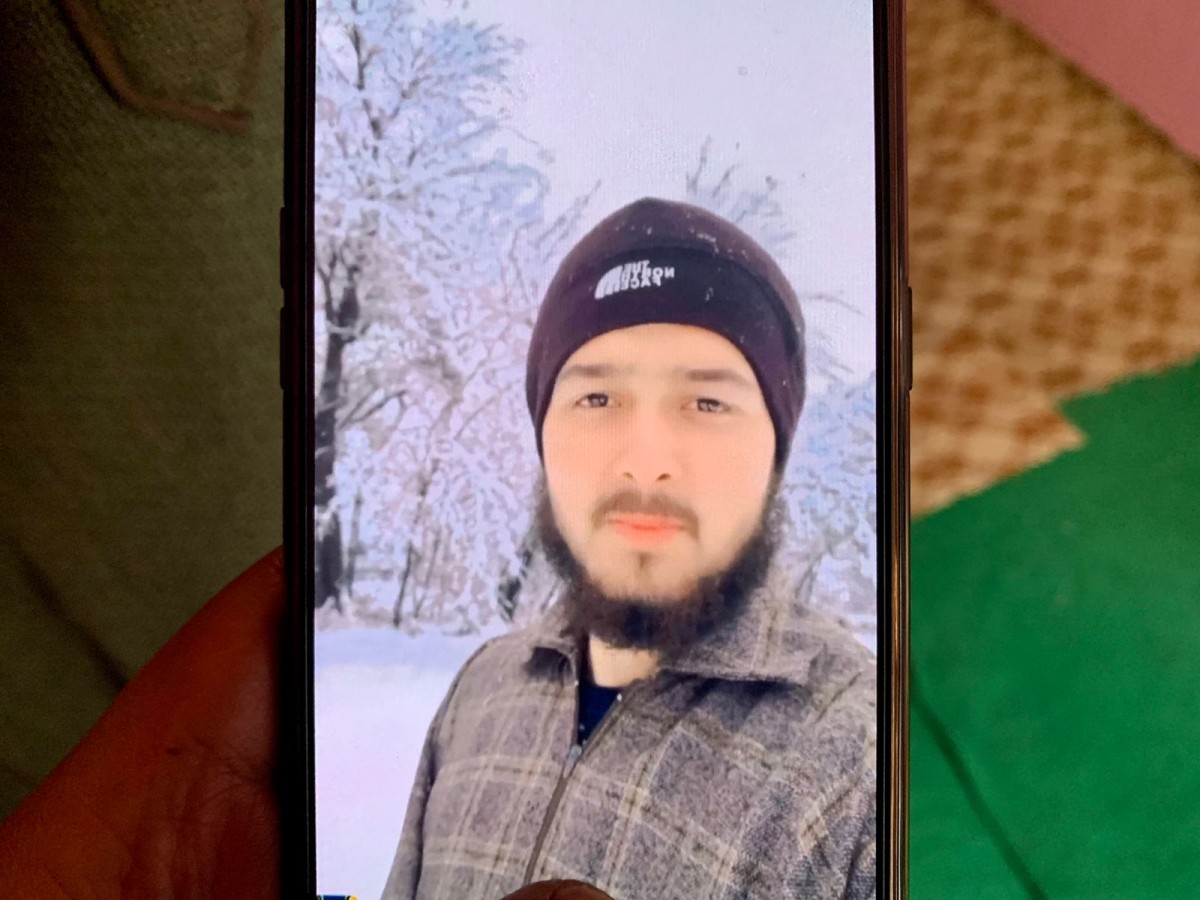 The local youngster who had come along with the assassin under the pretext of seeking help from Sameer. Photo: Jehangir Ali

Barely two minutes passed before gunshots rang in the air.

“I rushed to the park with a wooden plank. The two youths were fleeing. I tried to stop the one who was holding the pistol,” said Firdous, still in shock. “But he looked in my eyes and fired a couple more shots in the air. The sound terrified me. I didn’t know what to do.”

As the assassin and his associate fled, Sameer collapsed near the main door of their double storied house before he could even put on his shoes. At least two pistol shots had punctured his chest and back. Blood dripped from his clothes and spilled on the stairs. His sister-in-law started screaming as she emerged from the door.

Alarmed by her shrieks, a concerned neighbour came running over and checked Sameer’s pulse. There was none. Regardless, the two brothers – Firdous and Aijaz Ahmad Bhat, an accounts officer in Bharat Sanchar Nigam Limited’s Srinagar office – lifted Sameer with the help of neighbours and hauled him into a car. Aijaz drove to a local hospital from where Sameer was rushed in an ambulance to Srinagar’s SMHS hospital. He passed away on the way.

“In my lifetime I never saw him speaking angrily or harming anyone. He was not only a brother. He was a father-figure to our family. We counted on him for everything. His death has orphaned us,” said Aijaz, struggling to hold back his tears.

Angry over the alleged mistreatment at the hospital, Aijaz, the youngest brother among five siblings, which includes two married sisters, said: “We had to beg the administration to return his body so we could bury him in time. Except for an assistant sub-inspector of police, no one from the administration checked on us, although they were all sending out tweets.”

A senior police officer told The Wire that a local youth who brought the assassin to Sameer’s residence on Wednesday has been identified as Saqib Ahmad. “He has been absconding after the killing and has likely joined militants. We are questioning his parents. The perpetrators will be brought to justice soon,” the officer said. Aijaz Ahmad, Sameer’s brother, is unable to come to terms with the tragedy that has befallen their family. Photo: Jehangir Ali

Sameer’s killing is the third incident this month involving Kashmir’s panchayat members. On March 11, another sarpanch, Shabir Ahmad Mir, was shot dead in Kulgam’s Adoora village. On March 2, a panch, Muhammad Yaqoob Dar, who contested the panchayat election in 2019 as an independent candidate, was also shot dead outside his home in Kulgam district.

The panchayat election was held by the Union government two months after J&K’s special status was read down on August 5, 2019. The BJP-led government was hoping to elbow out the regional parties like National Conference and People’s Democratic Party from J&K’s political scene by empowering the alternate panchayat system of governance in the union territory.

Amid deepening political uncertainty which was precipitated by the incarceration of three former chief ministers of J&K among other senior political leaders and activists, the election had to be held two times after more than 60% of 19,582 panch and sarpanch seats in Kashmir went uncontested in the first election held in September 2019.

Sameer was elected from Khonmoh halqa panchayat, a cluster of villages around the Khonmoh industrial area, some 15 km from Srinagar, which often remains in news for pollution-causing cement factories. For the J&K administration, which is run directly by New Delhi, he was going to be the face of the new system of governance.

However, after the pomp and show of elections fizzled, the absence of basic amenities like guarded homes and the alleged denial of personal security made the panchayat representative easy preys for militants to settle the scores with the ruling establishment, which has gone hard after militants and their sympathisers after the dilution of Article 370. 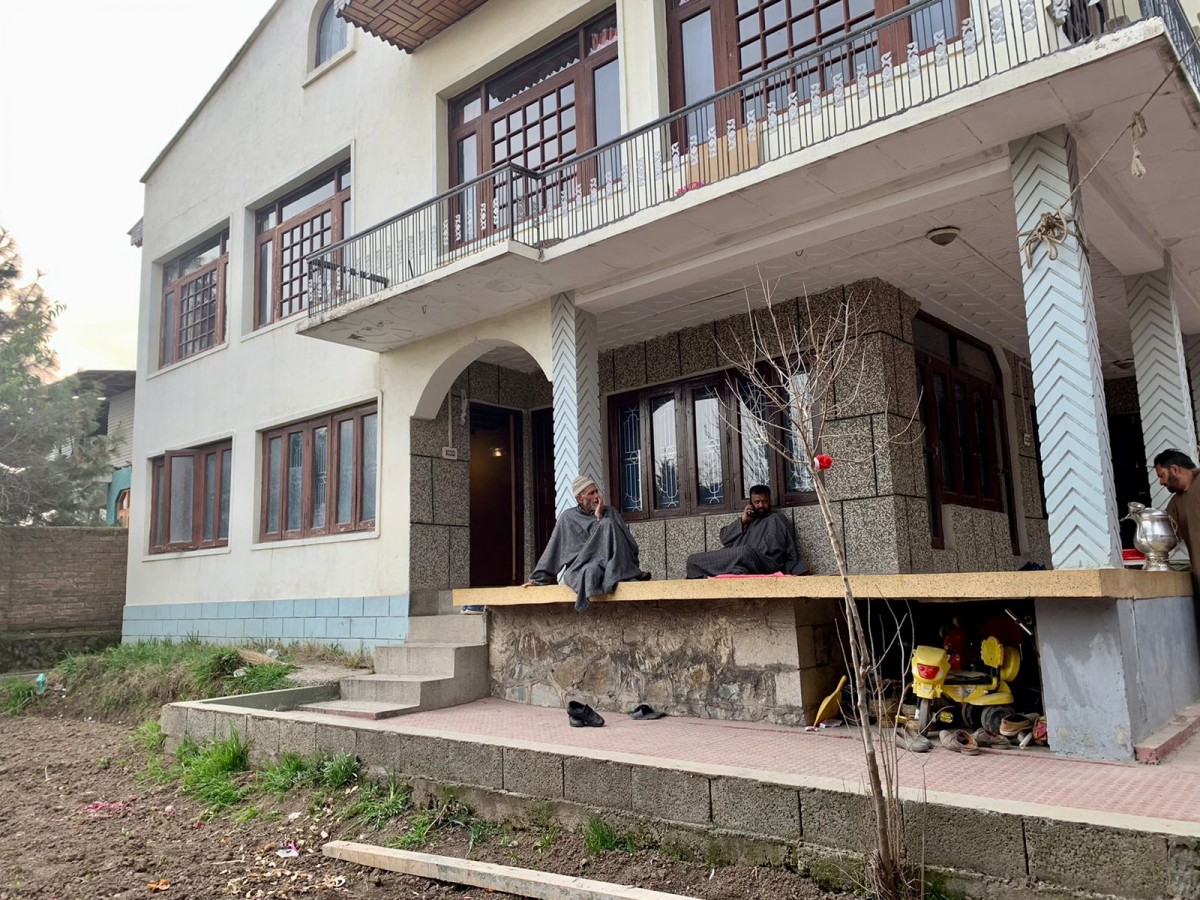 Sameer was shot by militants outside the main door of his house on Wednesday evening. Photo: Jehangir Ali

A number of locals told The Wire that several developmental works were approved in Khonmoh after Sameer took over as sarpanch. A cluster of springs choked by household garbage was revived and developed into a picnic spot for locals. Besides, locals had found a representative for resolving civic issues like power connection and water problems, and for implementing social programmes and other welfare schemes of the government.

“Bailal (a Kashmiri term used for older brother) used to say that if anyone commits to work for the development of Khonmoh, we should not shy away from joining hands with them,” said a local who didn’t want to be named, adding that Sameer worked closely with government departments for timely execution of developmental works.

Sameer was outspoken too. Despite warnings by militants and repeated requests from his family, he didn’t back down. In a video posted by J&K’s Jal Shakti department in October last year, he can be seen praising the government’s Jal Jeevan department. “Both the quality and quantity of water has improved. All the homes, schools, anganwadi centres and other places are getting continuous water supply due to Jal Jeevan Mission,” he says.

According to his family, Sameer had also felt the need for security cover but the J&K administration allegedly didn’t oblige, citing inadequacy of security personnel in the UT. The Wire tried reaching out to Inspector General of Police (Kashmir) Vijay Kumar for a comment. This article will be updated if he responds. 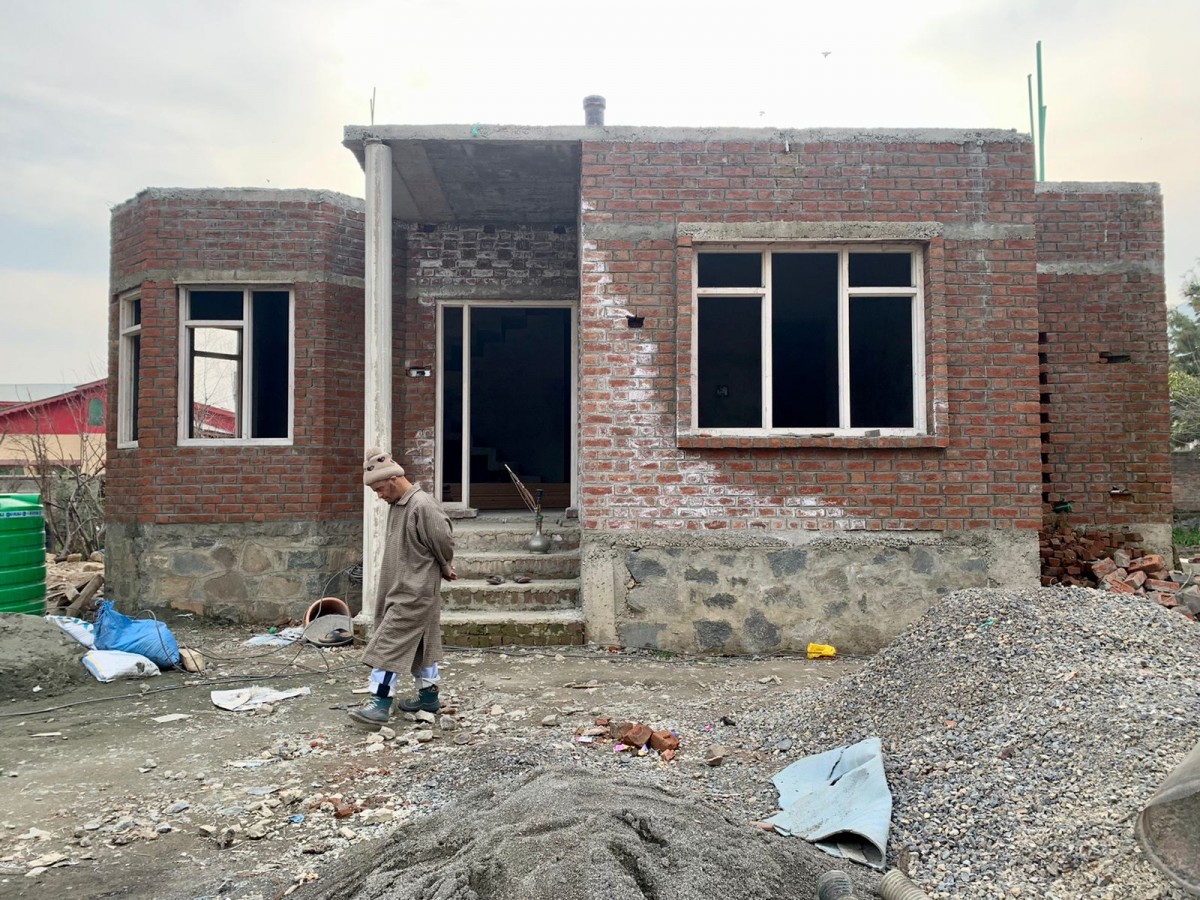 Sameer was building a new home for himself, adjacent to his family house in the Khanmoh area of Srinagar. Photo: Jehangir Ali

According to his family, Sameer’s tryst with politics dates back to the early 2000s, when the People’s Democratic Party came to power in J&K for the first time and formed a coalition government with the Congress. “(PDP founder and former Union home minister) Mufti Syed wanted him to contest from Sonawar constituency but he was very young at that time,” said a relative, wishing to remain anonymous. PDP sources also confirmed his association but said he had quit the party.

Some years later, after suffering losses in an LPG gas business, he went to Mauritius where he spent at least eight years. His family doesn’t know much about his work in the African country. But he returned home around 2010 with a wife, much younger than him, who couldn’t adjust to the conservative way of life in Kashmir. The couple separated, soon after which Sameer got married to a local woman.

From both marriages, Sameer has no children, which has increased the burden of his passing for his family. In the park where the assassins waited for their target to come out on Wednesday evening, a large tent has been erected for female mourners. 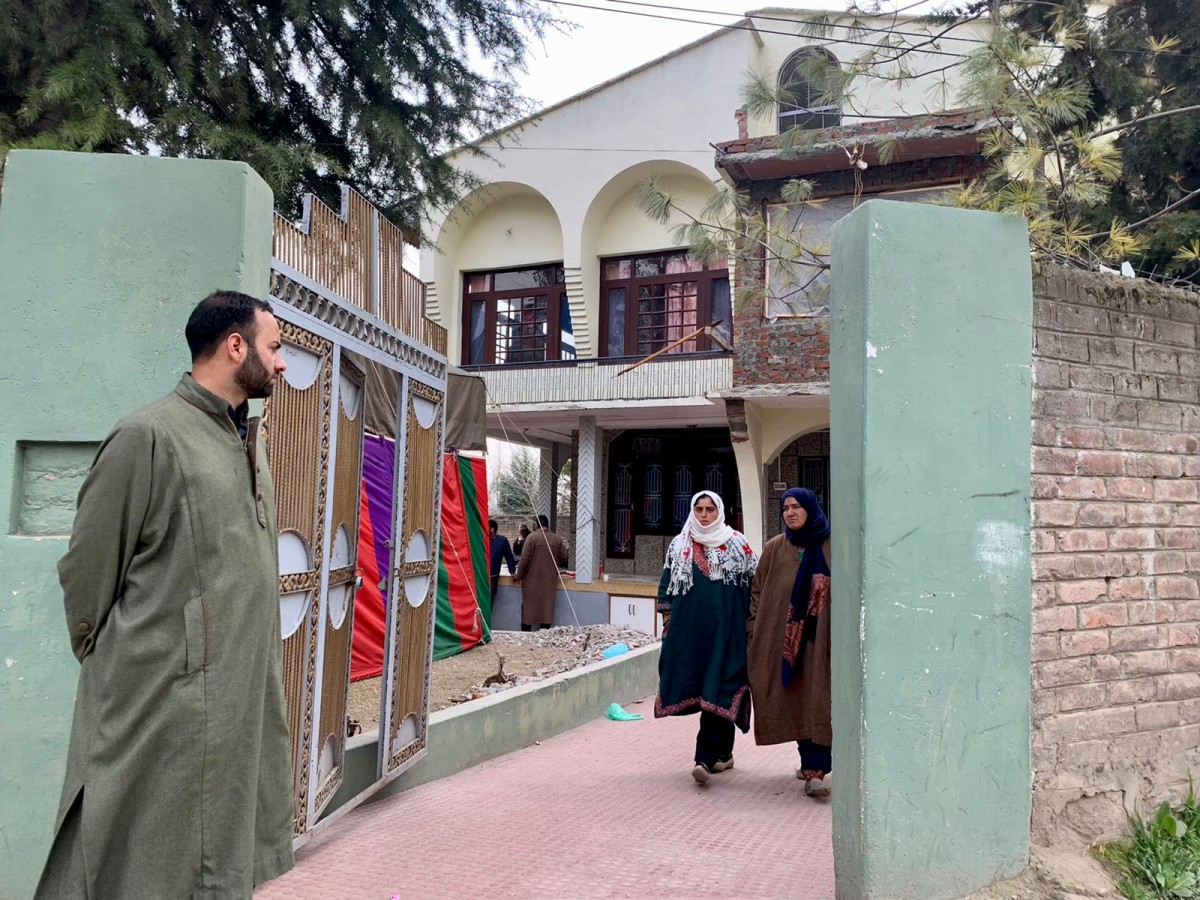 Young and old women with sad faces enter and exit the tent in threes and fours. Sameer’s mother, his widow and his two sisters are all inside in a state of shock. The sound of their heartbreaking shrieks can be heard on the main road.

“You were the cure of my ailment,” Arifat, his childless widow, screams, as other women try to console her, “Why did you leave me alone? What will I do in this world?”

Sameer was the sixth civilian to have been killed in Kashmir in March in militant attacks. Two civilians died in a grenade blast in the heart of Srinagar earlier this week. Another civilian was killed when militants triggered a low intensity Improvised Explosive Device in a busy market in Udhampur on Wednesday. No militant outfit has claimed responsibility for these attacks.