In his deposition recorded on November 21, the 2001 batch IPS officer told the court that Shah was a part of the “criminal-politician-police nexus” and Prajapati, his associate Sohrabuddin Shaikh and Sohrabuddin’s wife Kausar Bi were killed as the behest of this nexus.

Elaborating on his claim, which was also made in the chargesheet Tamgadge filed in 2012, the officer said, “Shah and Gulab Chand Kataria (now the Rajasthan home minister) were the politicians who gained from the nexus.” He further named Sohrabuddin, Prajapati, their close associate Azam Khan and others as the “criminals” in this link. The CBI’s claim is that Shaikh and Prajapati ran an extortion racket in connivance with the police and politicians. When Shaikh decided to go against his alleged masters, a conspiracy to eliminate him was hatched on November 23, 2005.

Tamgadge’s statement comes at a very crucial time in the trial, since one witness after another has been turning hostile. Although his predecessor, also a senior IPS officer, Amitabh Thakur, did not turn hostile, he failed to reiterate the evidence from his investigation when he took the witness stand. On November 19, Thakur told the court that the CBI did not have evidence to prove that Shah and senior IPS officers received “monetary and political benefits” from these alleged fake encounters. In addition, Thakur even claimed that the CBI did not have any motive to show for the 22 people presently facing trial. 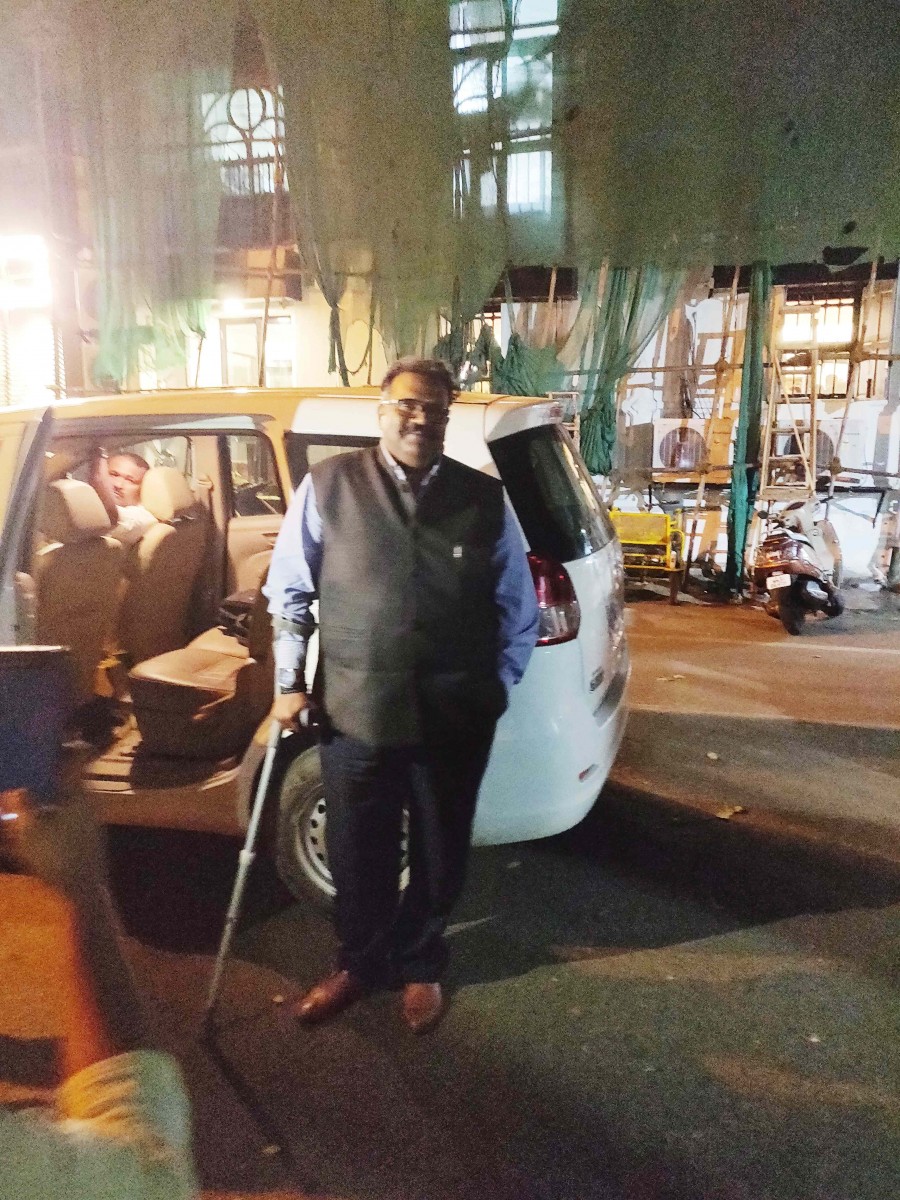 Shah, Kataria and several top IPS officers including Vanzara, Pandiyan and Dinesh have already been discharged from the case. Only 22 men – 21 low-rung policemen and the owner of the guest house where Kausar Bi was allegedly kept before she was killed – are currently facing trial, though 35 people had been accused of the crime at the start.

While Shah was first named as an accused in Thakur’s investigation, it was Tamgadge who questioned and eventually arrested him. Shah, however, was discharged from the case by a special CBI judge, M.B. Gosavi, on December 30, 2014, a decision made all the more controversial by the CBI’s refusal to appeal it.

Tamgadge, a police officer from the Nagaland cadre, was the 210th witness in the case. At present, he is posted in Kohima as deputy inspector of police. From 2011 to 2015, he held multiple posts in the CBI, the most important of which was as superintendent of police of the special crime branch of CBI, Mumbai.

Following a few questions by chief public prosecutor B.P. Raju, Tamgadge was exposed to a series of questions by defence lawyers. His deposition went on for over nine hours.

Answering a question posed by defence lawyer Abdul Wahab Khan on whether call data records (CDRs) of the accused established the conspiracy, Tamgadge named Shah, Vanzara and several other officers from Gujarat, Rajasthan and Hyderabad.

“The CDRs of Amit Shah, Dinesh M.N., Vanzara, Pandiyan, Vipul Agarwal, Ashish Pandya, N.H. Dhabi and G. Srinivasa Rao were available with us along with other substantial evidence to prove that there was a conspiracy hatched before the murders.” Of those named, Pandya, Dabhi and Rao continue to face trial; the others have been discharged for lack of evidence.

CDRs form a crucial part of the chargesheets filed by both Tamgadge and Thakur before him. The CBI had included calls between these men, before and after the alleged offence, in its chargesheet. However, the trial court, while discharging 13 of the 35 accused, had said there was insufficient evidence against them.

According to the CBI, Sohrabuddin, Kausar Bi and Prajapati had travelled together on a bus on November 23, 2005, when Sohrabuddin and Kausar Bi were allegedly kidnapped by a police detachment. Shaikh was later shown killed in an alleged encounter on November 26, 2005. Kausar Bi’s body was never recovered but the CBI, on the basis of circumstantial evidence and statements of witnesses, said in its chargesheet that she was abducted and eventually killed too. Prajapati was arrested and sent to an Udaipur prison, and later killed in an encounter in 2006.

Thakur, who was deputed to the CBI between 2010 and 2012, had filed the main chargesheet in the Sohrabuddin-Kausar Bi case. Tamgadge took over the investigation in April 2012, and filed a concluding supplementary chargesheet. At that time, the investigation into Prajapati’s killing was separate and Tamgadge, along with his team, filed a different chargesheet in the case in September 2012. Later, both cases were clubbed as they were treated as a part of a “larger conspiracy”.

Another crucial revelation made in Tamgadge’s deposition was the role played by Dinesh M.N., then the superintendent of police, Udaipur, in forming a police escort team which eventually killed Prajapati on December 28, 2006. Tamgadge explained how the police escort team was handpicked by Dinesh, and assigned the job to ferry Prajapati from Udaipur prison to the court and back. The same team had ferried him twice before he was finally killed. Tamgadge detailed the sequence of events that led up to Prajapati’s killing.

According to Tamgadge, Ashish Pandya, police sub-inspector in the special operation group, Palanpur, shot himself in the left arm to show that he was injured during the alleged encounter. He substantiated his claims with forensic reports and expert findings which said that such an injury is possible even when it is “self- inflicted”.

Besides these alleged encounters, Tamgadge also supervised the investigation into the killing of Ishrat Jahan. Under his supervision, the agency had filed two chargesheets in this case arraigning a slew of senior Gujarat police officers who were considered close to then Gujarat chief minister Narendra Modi and home minister Shah.

In 2014, just a few weeks before Modi was sworn in as the prime minister, Tamgadge was removed as supervising officer from several encounter cases in Gujarat. He was eventually repatriated to his home cadre, Nagaland.

In 2015, his security cover was withdrawn and an attempt made by the CBI to prosecute him in two cases that critics said were trumped-up – one of dereliction of duty and another of falsely implicating the subject of an anti-corruption investigation.