Amartya Sen on the Class Factor in the Economics of Disaster

Amartya Sen, COVID-19, The Argumentative Indian, a peace webinar— why they tell us that the poor will always be the frontline victims in natural or man-made tragedies. 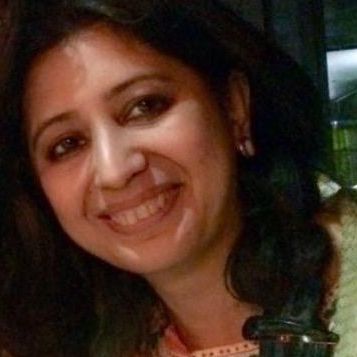 An eleven-year-old boy is playing in the garden in front of his house in Dhaka, oblivious to the world outside. He may have overheard snatches of hushed conversation among adults. But anything in that was unlikely to have prepared him for what happened next at his front gate—a knifed man, bleeding, stumbling towards him. Perhaps another little boy would have run away. Not this one. The tug of destiny pulls him towards the man, who perhaps sees in those precocious eyes a human contact in inhuman times.

The boy who reaches out to the injured man will grow up to be Amartya Sen, a Nobel laureate in economics, who still recalls holding the man’s head in his lap on that fateful day. The man – whose lot in life so far had overwhelmingly been inequity, injustice, poverty, helplessness – tells the boy his wife had warned him against going out looking for work. But he felt he had no choice, though violence raged outside, as his children were starving. Amartya Sen’s father took the man, a Muslim daily wage labourer, to the hospital. But he didn’t survive.

The tragic incident is not just dramatic but representative of the order of human tragedies. When Amartya Sen (born 1933) was a boy of 11 in Dhaka, the year would have been 1944-45. Pre-Partition Dhaka had a higher Muslim demographic even then. But the victim was a poor Muslim and the helper a middle-class Hindu. This underlines the relative cocooning of the privileged class even during times of unrest, irrespective of identity.

The labourer joined the ranks of those faceless, nameless, innumerable victims of history for whom the threat of disease or violence is a lesser fear than starvation. The man went looking for work (livelihood) so that he could feed his hungry children (poverty) as he did not have the option to stay home (social inequity).

I am listening to the economist-philosopher recounting something that happened over seven decades ago at a webinar organised by the South Asia Peace Action Network (SAPAN). The theme of which was the region’s response to the COVID-19 pandemic. The decades melt when professor Sen delivers his searing line: “He went out to seek contact, the economic contact of a job, not the kind of contact where a knife would be put inside his body.”

When we look at the pandemic-induced lockdown, it’s the backdrop that has changed not necessarily the actors. The people worst hit were migrant labourers and daily wagers. Professor Sen says how the sudden lockdown in India exposed many to hunger and other deprivations: “Physical distancing because of the virus takes a social and economic form depending on who you are and where you live. Then the threat is just not from the virus but also from hunger.”

The economic inequity could not have been more stark. For the middle-class (at least, the uninfected) the lockdown was a stay-at-home picnic of food deliveries and binge-watching online serials. Society has seen that COVID-19 is not just a bio-medical issue. For many, it’s a struggle for economic survival and a fight against the injustice of hunger and poverty. “The physical distancing necessitated must be balanced with the need of economic survival for the disadvantaged. We have to learn to maintain physical distancing but at the same time create economic and healthcare closeness. We need a system that allows us to rely on each other and continue working together.”

Professor Sen mulls over the irony of the vaccine situation in India. “It would have helped if the vaccine had come earlier to us. India is the largest producer of COVID-19 vaccines yet it is suffering tremendously because of lack of vaccines.”

Several decades ago, the daily wage worker who lay dying in Sen’s childhood garden was killed by a socioeconomic system that did nothing to protect the disfranchised. Whether they’re claimed by a mad mob or an indifferent virus – the poor pay the highest price during a natural or political calamity.

In his book The Argumentative Indian (Allen Lane, 2005), a collection of essays on the tradition of public debate and intellectual pluralism in India’s history, Sen writes that even after considerable years of democratic politics, India’s record in social equality and distributive justice remains unimpressive. Inequality in class, or gender and caste, translates easily into political equality, he writes. But it does not necessarily translate into social and economic equality.

Perhaps the mass of poor, ignorant voters serves to create vote banks. A large voting population is too consumed in the business of food, shelter, and disease to ask what their rights are and what the government is doing to ensure those rights. The large scale deaths and mismanagement during the COVID-19 pandemic is a glaring example of the absence of a functioning public healthcare system.

Professor Sen further writes in the book that this inequality can be corrected by “committed public action and participatory activities”. He talks about why employing “social and political use of ‘voice’ – through arguments and agitations – to advance the cause of equality in different spheres of life” is the crux of political participation in a democracy. The message is clear: speak out for yourselves and for those who don’t have a voice within the system. “The job of a citizen is to protest,” said professor Sen. The book cites the implementation of the midday meal scheme as a successful example of widespread popular agitation.

As professor Sen writes in his book, what we see today is a frustrated democracy. What we need, he says, is “a more vigorous practice of democracy”. The idea of a vigorous democracy, which strives to be truly of, by, and for the people, cannot happen with only public votes but also needs questioning voices.

The activist in me attended the webinar, the journalist wrote about Amartya Sen. I automatically ended up referencing it to a book that I had used to teach the complexities of English to a German student. Incidentally, I have also personally sold this book at our bookshop quite a few times. All these roles, neatly wrapped up in one man’s personal anecdote from the haunting past of our subcontinental history that refuses to die.

Rehmat Merchant is a freelance journalist and language coach in Bangalore. She can be reached at rehmat.merchant@gmail.com.