The police had said the alleged incident was concocted with a motive to shift the case out of Behror court, a conclusion its critics say is a ‘quick fix'. 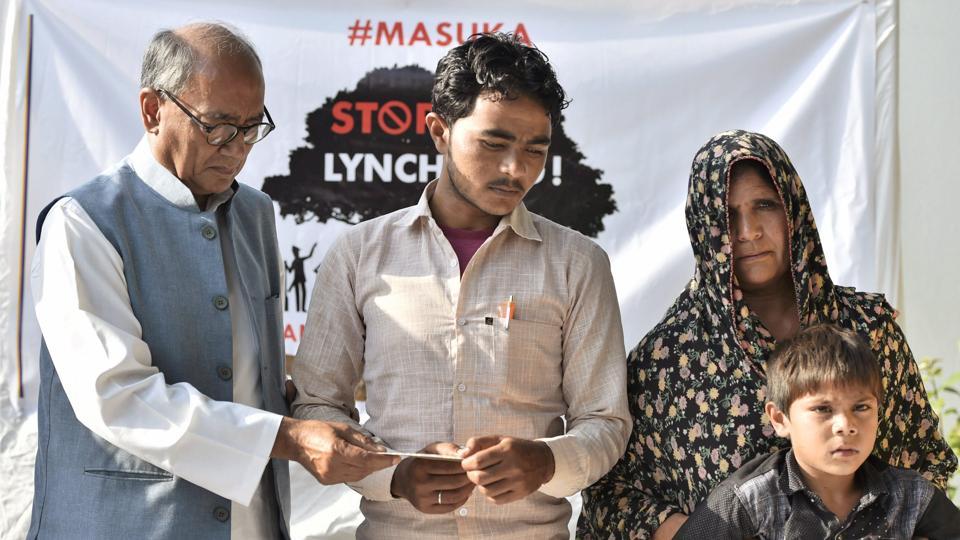 Jaipur: Concluding its investigation of the alleged attack on four key witnesses in the Pehlu Khan lynching case on September 28 while they were on their way to court to give their testimony, Alwar police has called the incident ‘concocted’. As per the police, CCTV footage and eye-witnesses near the site of the attack couldn’t corroborate the claims made by the four witnesses – four witnesses – Irshad, Aarif, Rafiqe and Azmat.

Speaking to The Wire, Kushal Singh, deputy superintendent of police, Alwar said, “Investigation of the matter is completed and the allegations have turned out to be false. We have scientific evidence, statement of eye-witnesses and CCTV footage to prove that the incident of attack on the witnesses was concocted.”

“At 8:54 am, they passed the toll booth [near the site of offence] and at around 9:16 or 9:18 am, crossed it back. From the toll booth to the opening in the divider and back to the booth, the patch is only of 20 minutes, which means they were travelling non-stop even during the attack. On the CCTV footage near the U-turn, they were seen taking the turn with no other car before and after 15 minutes of their crossing.”

Also read: How a Botched Investigation Helped Get Six Accused in Pehlu Khan’s Killing off the HookThe police claimed that they relied on the CCTV footage of the U-turn as it was hardly at a minute’s distance from the place of firing. However, they also admitted that there were variations in the complainants’ version of the spot where the alleged firing took place.

“If there was a car pursuing them which later fired, then it is not possible that it could not be seen in the CCTV footage as there is no cut in the highway on that route and one has to pass through the opening in the divider where the CCTVs are placed,” said Sanjay Poonia, station house officer of Neemrana police station and the investigation officer in the case.

The witnesses near the spot haven’t confirmed the attack in their statements to the police.

“We spoke to the staff of the dhaba and restaurant near the location where the supposed firing took place but no one heard any gun shot. Even, when these men were attacked, they didn’t dial 100 or approach any one of the five police stations nearby but were operating Facebook and informing the NGO and the media.”

“Our SHO called them to ask their location so as to provide them protection but they didn’t tell us their location and went to Alwar directly. When people are fired at, they panic and reach out to the police out of the fear of the assailants attacking back but in this case, even after the attack, they were going fearlessly to Alwar,” Singh added.

Asked about the short span of time police took to gather the evidence and investigate the witnesses in this case, he replied, “When we found the evidence from the CCTV footage then what shall we wait for? Even if we ignore all the other evidences, CCTVs aren’t partial to anyone, they don’t lie. No black SUV crossed the toll 10 minutes before the alleged attack at the spot mentioned by the witnesses and 16 minutes after it then how are we not to believe that the allegations are false? The investigation is completed, the final report in the matter will be soon presented.”

However, community leaders and activists believe that the investigation report has been skewed. “Today, the condition of Muslims in India is that even if someone kill them and say they haven’t done it, the police would still believe them. We have no reasons to not believe that Pehlu Khan’s sons were attacked while they were heading to give their testimony in the murder case of their father,” said Maulana Hanif, chief imam of Alwar.

The complainants have maintained that the allegations of the attack aren’t false but a ploy by the police to weaken their case.

“The police has colluded with the accused and that’s why even those six men named by our Abbaji before dying were given a clean chit. We don’t believe the police anymore, that’s why we went to meet the SP directly. We were attacked, there was a car that pursued us and fired too. They are calling it fake to weaken our case. Tomorrow, they can kill us too and  prove that they didn’t kill us. It’s not a big thing for them,” Aarif, Pehlu Khan’s son who was present in the car during the alleged attack took place told The Wire.

“We don’t understand why the police had hurried with the investigation report. We are not aware of the grounds on which they have concluded the incident fake. If they’ll file FR, then we’ll file protest petition against it in the court. As we have seen how unfair the investigation was in this case, one cannot trust the police blindly. For them, even Pehlu’s lynching was a story, what more could I say if they call this incident fake?” said Asad Hayat, the lawyer who was accompanying the witnesses to court when the alleged attack took place.

“When the Rajasthan police had to make arrests in serious murder case of Pehlu Khan, they took months but when they wanted to discredit them, they took mere 24 hours to complete the investigation. Making an issue out of the 100-200 metres variation in the complainants’ statement on the spot of offence is absolutely bizarre. When one sits in a car, one could always make such a mistake. They have just done a ‘quick fix’ through the CCTV footage,” Kavita Srivastava, PUCL’s Rajasthan president told The Wire.

“By shutting the case within 24 hours, the police has basically served two purposes – saving its own skin as they are facing a case of contempt in the Supreme Court in the Tehseen Poonawalla case and pandering to their constituency. We will definitely contest this investigation.”