In Allahabad, houses of families living on plots called the Anglo Indian Domiciled Trust Property (AIDTP) are set to be destroyed. The land is being converted into a parking space under the Smart City project. 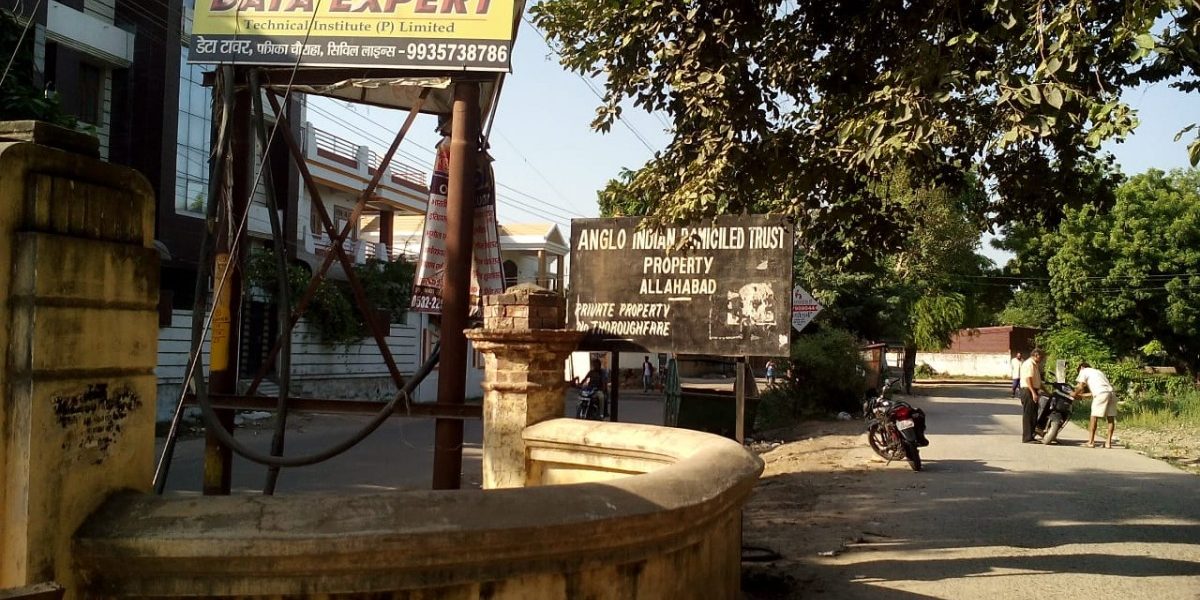 The property from where 25 Anglo Indian families are being evicted. Credit: Raja Chowdhury

Allahabad: Around 25 families belonging to the micro-minority Anglo Indian community in Allahabad will become homeless in October. While people will be busy celebrating Navratri, houses of several Anglo Indians will be demolished by the Uttar Pradesh government in the name of beautification for Kumbh Mela and the Smart City project.

The fate of 25 families living on plots called the Anglo Indian Domiciled Trust Property (AIDTP) hangs in balance. Most of the families have been living there for more than three generations now. The AIDTP was established in the early nineteenth century for retirees and widows. The first lease was renewed in a timely fashion, but due to apathetic attitude both of the trust committee and the government officials, the second renewal could not be carried out.

Also Read: In Order to Be Successful, the Bhubaneswar Smart City Project Needs to Be More Inclusive

An order in this regard released by the district magistrate on August 31 mentions that the lease of land measuring 11 acres or 203 square feet expired several years ago and as point no 9 on paper number 4 of the lease deed, the state government has the right to aquire the land for public work. 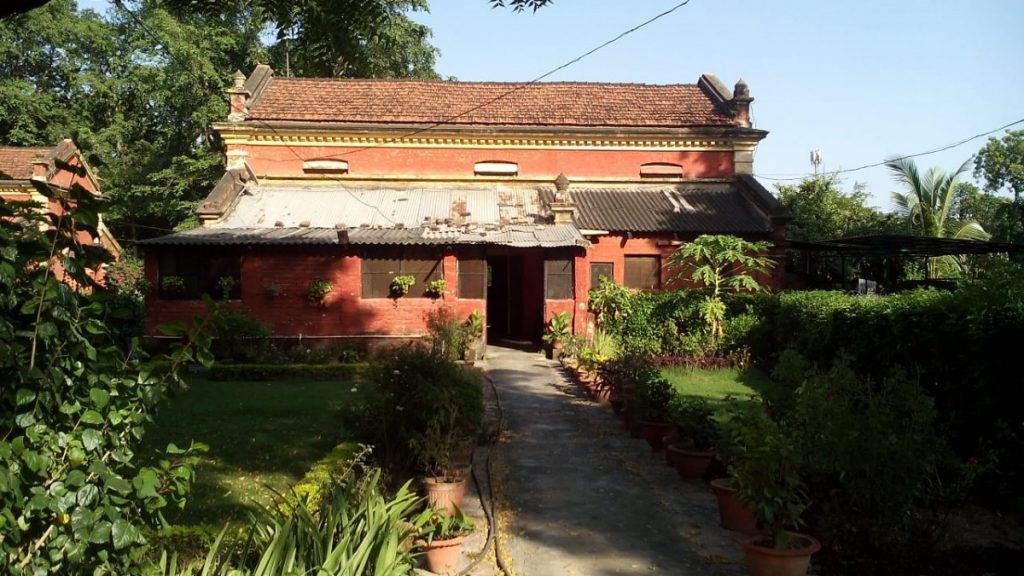 A house on the property. Credit: Raja Chowdhury

The order also mentions that as a part of the ongoing smart city project, the land on Nazul plot is required for developmental work. A proposal in this regard was sent to the Adityanath government which cleared it through its order on August 28. While other files, related to pension woes, salary woes and inter departmental documents travels year after year in the state government offices, this file went from one department to the other at a rocket speed.

The order also directed the president of the trust to ensure that the property is vacated within a month after receiving the letter and once vacated, the DM has to be informed through a letter. In case of non-compliance, the buildings will be removed by force.

The most surprising element is the quick movement of department officials in this case, raising a serious doubt on the intention of the state government.

Land to be turned into a parking space

According to sources, the land is now proposed to be turned into a parking space, destabilising 25 families which have devoted their life in nation building. Most of the residents here are teachers in minority institutions or are senior citizens.

While other files, related to pension woes, salary woes and inter departmental documents travels year after year in the state government offices, this file went from one department to the other at a rocket speed.

One of the residents on condition of anonymity said, “We belong to the Anglo Indian Community, which is a micro-minority community in India. We are citizens of India and holders of Aadhar and voter ID cards. We too have voting rights according to the Constitution of India and utilise it too. We are an integral part of India and its community. Our community has served this country in the railways, air force, army, schools, telegraphs and the electricity department. We still serve in the field of education and are leaders in the field. Most of today’s bureaucrats and politicians are from Anglo Indian Schools and have been taught by Anglo Indians. It is a shame that we are being treated in this manner. We have served this country well and given our all to it.”

The district magistrate of Allahabad, Suhas L.Y. said he had nothing to do with the order. “It was the department of urban development that cleared the proposal. I do not remember issuing any such particular order. Order for 15 or 16 such properties were issued. This must have been one of them,” he told a newspaper.

‘We  are not going to be trampled upon’ 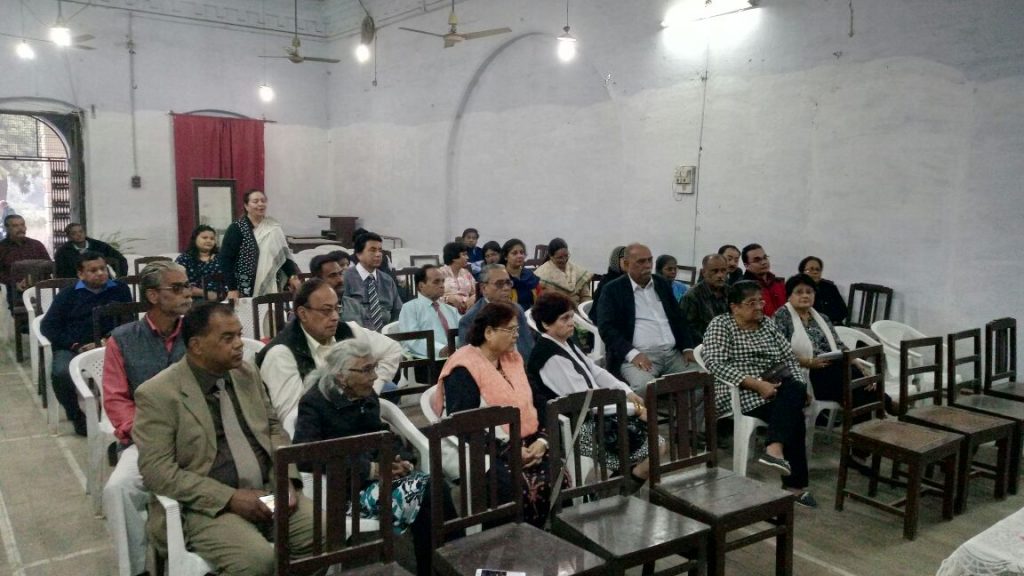 Another resident adds: “How could the government take such a step without realising the repercussions of this huge decision? Most of the people who live here are old and sick and want to spend the last days of their life in peace instead of being harassed and rendered homeless. They will probably die if they are shifted from here. It is not fair. They should have thought about this very seriously. We are not going to be trampled upon and will not let the government take away our fundamental rights. We will fight, come what may.”

The community is falling prey to suppression tactics. The representations presented to the district authorities before and after getting the vacation notices have gone unheard.

The MLA from the Anglo Indian Community in Uttar Pradesh, Denzil John Godin said he would take up the issue with chief minister Adityanath to find a amicable solution to the crisis like situation. “The Anglo Indian community in Allahabad has done a lot for the society and they cannot be deprived of their rights like this. I am sure the CM will do something in this regard,” he said.

Godin added, “No steps have been taken all these years by the district administration to renew the leased land on pretext of a new law that was framed. But the people who live here for many decades cannot be turned homeless just like that.”

Sources also said that a few residents are moving the court to get a stay as they cannot wait more. They have no trust left on the committee which used to look after the trust affairs. “The lease should have been turned into freehold a long back. We are paying the price for the wrong approach of the officials. This situation has arose only because of them,” said one of the residents.