Gogoi's allegation that the NIA tried to recruit him into the RSS is now in the public domain, and must be probed for the sake of all those involved. 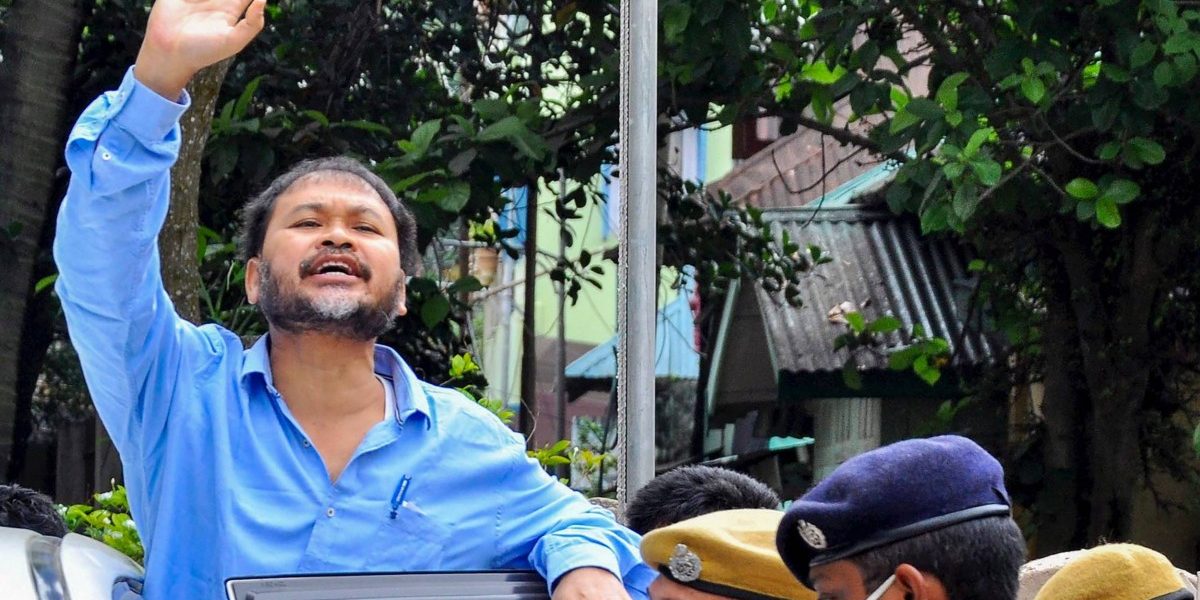 Recently, a special National Investigation Agency (NIA) court refused to frame charges against the Sibasagar MLA, Akhil Gogoi, in a case filed against him under the Unlawful Activities (Prevention) Act (UAPA) for allegedly inciting violence during protests against the Citizenship (Amendment) Act (CAA) in December 2019.

The court found no evidence to support the charge. Gogoi was thus acquitted to walk free.

(In passing, a techie from Kashmir was similarly found not guilty of charges that he was allegedly constructing a “terror module” under the same draconian UAPA by a court in Gujarat, although this unfortunate victim got his reprieve only after having served 12 years imprisonment as an undertrial inmate.)

Not to speak of what the Delhi high court had to say about the misuse of the UAPA while granting bail to three civic protesters against the same troublesome CAA.

It is to be hoped that the Supreme Court, which has now determined to go into the application, misapplication, perhaps even the desirability of the UAPA provision, will pronounce, at the least, free the lawfully protesting citizen from the chilling effect of this undemocratic and oppressive law. Especially as in many recent pronouncements, honourable judges have spoken to the matter, underscoring the mistaken or wilful misapplication of both the UAPA and the sedition law.

But what is most alarming now is what Gogoi said in an interview to NDTV. He claims that while he was in custody, the NIA sought to recruit him into the BJP/RSS, and, following his refusal, inflicted torture on him.

The news channel has wisely refrained from putting the stamp of truth on Gogoi’s startling averment for now.

But, his claim having been voiced, with no denial yet coming from the NIA, the matter is one of extreme worry and consequence for the citizen’s perception of how the state apparatus operates in the republic, and at whose call.

Also read: Interview | Amit Shah Should Resign Because of My Acquittal: Akhil Gogoi

It stands to reason that the government of the day must set in motion an independent investigation into the charge levelled by Gogoi. If he is found to have been fibbing, he clearly must bear the burden of that act. If, on the other hand, his claim is found to be based on fact, responsibility for the allegedly tainted behaviour of the NIA will need to be fixed.

If the NIA indeed did press Gogoi in the direction he claims he was pressed, it will be foremost in the interest of the home minister to clear the air if indeed it is to be established, at least in this case, that the party and the state are not one and the same, as they are in China.

What better opportunity to distinguish ourselves from that one-party totalitarian regime?

Needless to say, investigation into the charge levelled by Gogoi is best conducted by a sitting judge either of the high courts or of the Supreme Court, in order to ensure that the proceedings thereof yield a determination that carries uncontroversial credibility.

Perhaps the Supreme Court may think it fit to go suo motu into the matter, given that the entire edifice of law enforcement is in a sense impugned by what Gogoi has said to NDTV.

At a time when questions have been raised both at home and in the democratic world abroad about the quality and content of democracy in India, NIA, a premier agency, deserves to be given the opportunity to clear itself of the allegations in question – or, if found guilty, held to account.

All those who truly worry about the institutional strength, or lack thereof, of Indian democracy, must fully take in the meaning of what the honourable chief justice of India has spoken recently in an address: that “the mere right to change rulers is no guarantee against tyranny”.

That this debate comes down to us all the way from the writings of the French philosophers, the American anti-colonial revolution and then the French revolution suggests how persistent our vigil against the dissolution of the democratic state into operative tyranny must always be.

Consider that, however degradedly and dangerously, the theoretical roots of the Second Amendment to the American Constitution (amendment incorporated in 1791) – the citizen’s right to bear arms – goes back to those histories of the struggle for liberation. (Even as, paradoxically, that right was also rooted in a fear of slave revolts in the southern states.)

Be that as it may, the public averment made by Gogoi with respect to the alleged functioning of the NIA, and, by inference, of the political dispensation that holds jurisdiction over it, is too far-reaching merely to be brushed under the carpet, or dissolved into canny gibberish on friendly media channels.