One in every ten families from Particularly Vulnerable Tribal Groups was unable to access rations, pension, and other life-or-death entitlements. 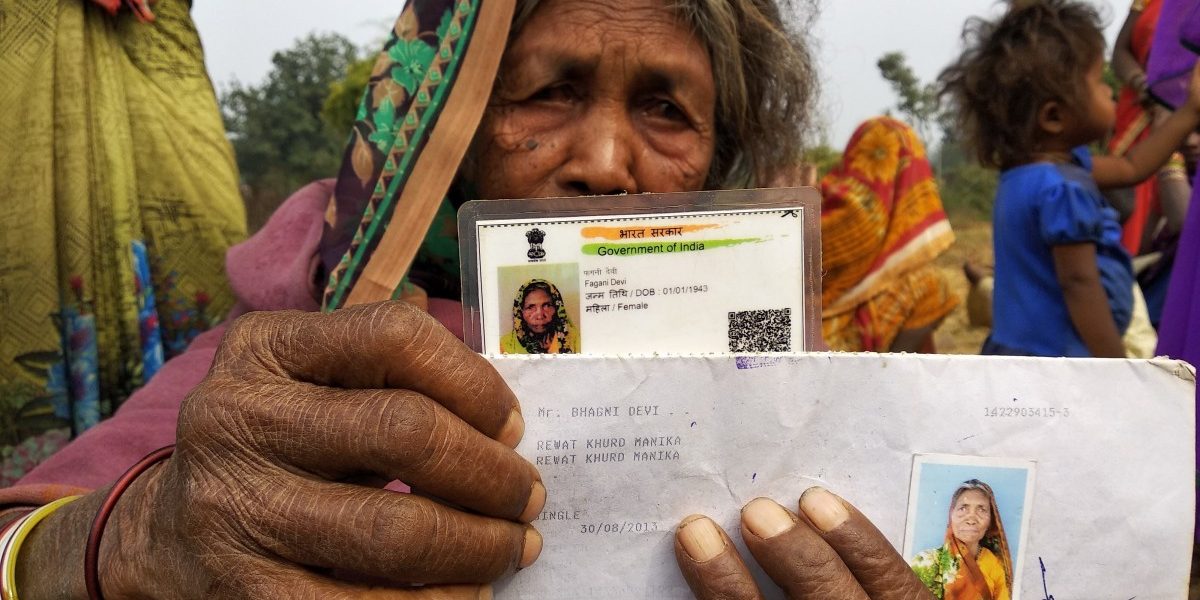 New Delhi: In the Manika and Satbarwa blocks in the Palamu-Latehar division of Jharkhand, families from ‘Particularly Vulnerable Tribal Groups (PVTGs)’ are finding it harder to access crucial government schemes because of Aadhaar, a new survey has found.

Conducted by the local NREGA Sahayata Kendra and independent researchers, the survey looked at the 325 PVTG families that live in the region. These families, the survey report says, live on the margins of society and largely survive on forest-based activities and forest products.

Two government schemes – the public distribution system and social security pensions – are important lifelines for these households, the survey report says. However, ever since Aadhaar was linked to welfare schemes in the states, they have been having a hard time accessing the benefits.

One of the people surveyed was Fagani Devi from Rewat Khurd village, Manika, a widow living alone. According to the surveyors, she does not have a ration card. While she used to get a pension, that was discontinued in 2017, around the time Aadhaar was linked to social security pensions. According to economist Jean Drèze, who was part of the survey team, this may be because her name on her Aadhaar card – Fagani Devi – is different from her name on her bank passbook – Bhagni Devi.

Her troubles don’t end there. While she received Rs 56,000 some time ago to build a house under the Pradhan Mantri Awas Yojana, she alleges that a local Pragya Kendra official (business correspondent) pocketed the money after taking her thumb impression. Now there are is just a small pile of brick where her house was supposed to be.

Fagani Devi’s case is not an isolated one. According to the summary findings of the survey, more than 10% of PVTG pensioners are being deprived of their pensions, a large number of them for Aadhaar-related issues. Others went several months without pensions during the period of transition to Aadhaar. In addition, 4% of the respondents did not have an Aadhaar card, and said that they were unable to get one because of issues such as blindness or fingerprints that could not be read. 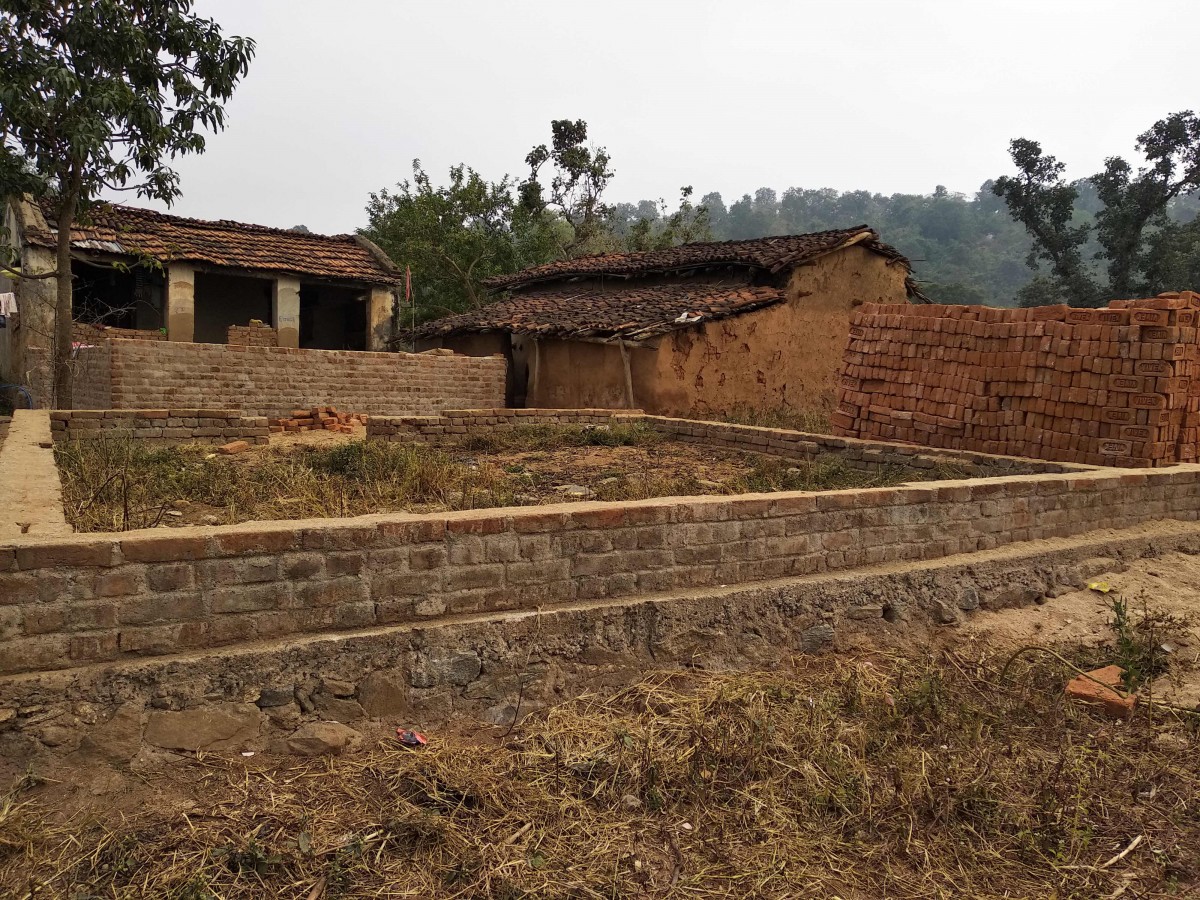 The pile of bricks in the distance, where Fagani Devi’s house is supposed to be. Credit: Special arrangement

According to the survey results, 42% of the PVTG families said that they faced Aadhaar-related problems of one kind or the other while trying to access welfare schemes. Given that hunger is a major issue and the families find it hard to make ends meet, these problems become even more serious, the survey report says. “Almost half (43%) of the respondents said that some members of the households had to sleep hungry at some point in the preceding three months. As many as 10% said that they had gone hungry “many times” in that period.” 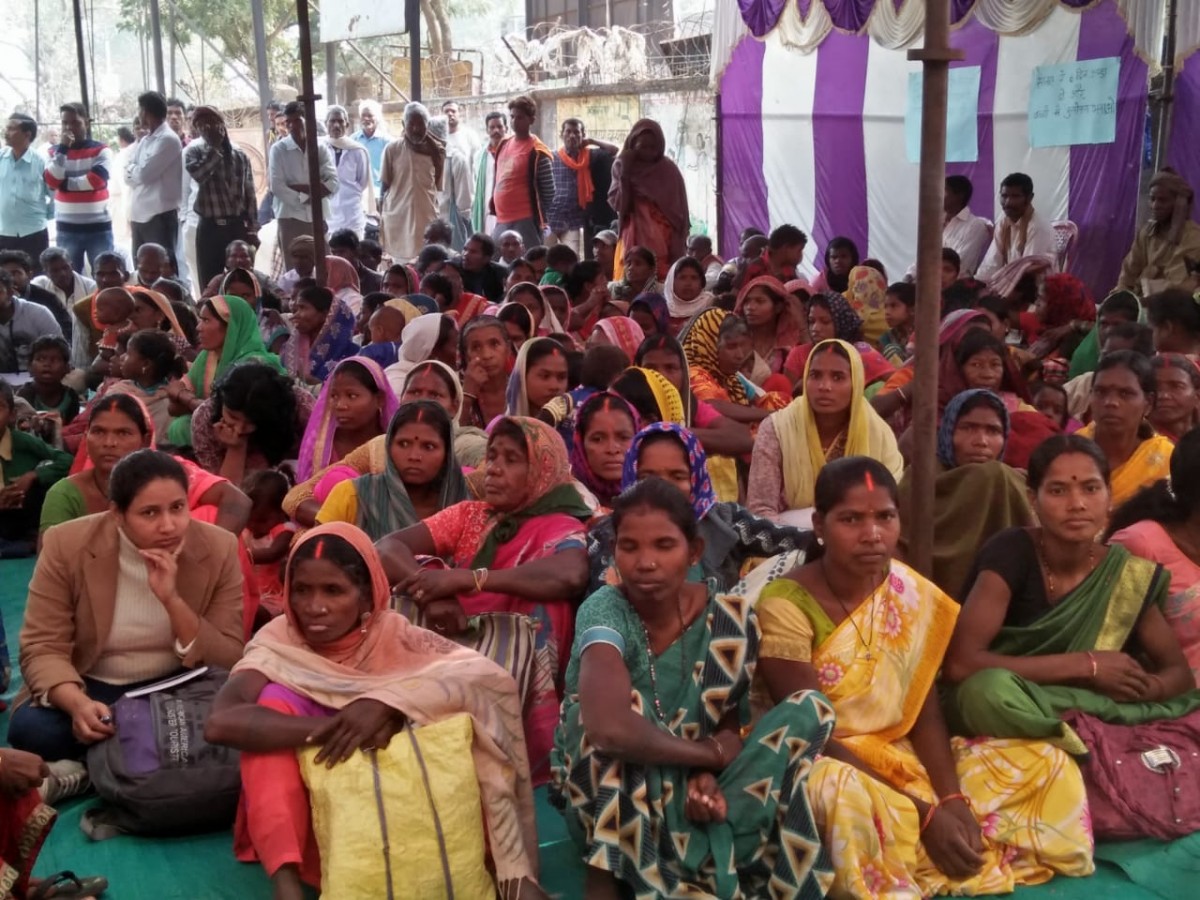 To raise these issues, the NREGA Sahayata Kendra organised a public hearing on Thursday in Manika. Several PVTG men and women shared their experiences and the problems they were facing in accessing welfare scheme. However, the Right to Food Campaign said in a statement that authorities’ response was “disappointing”, as “they promised action instead of taking action even in cases where clear evidence of irregularities had been presented”.

The Right to Food Campaign and the researchers involved in the survey have made ten demands on the government to ensure that PVTG families are not left in the lurch due to technical glitches or because of corruption on the part of officials. The demands include issuing an Antyodaya card to families that do not have one, making sure all families get the stipulated pension, arrangements be made so that those who do not have Aadhaar cards can get one and strict action be taken against named local officials who have allegedly been involved in corruption.