Aadhaar: A Primer to Knowing Your Rights 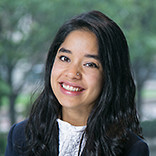 The Aadhaar project is regulated by the Aadhaar Act, 2016, which was amended in July 2019 (along with the Telegraph Act and Prevention of Money Laundering Act), based on the Supreme Court’s September 2018 judgement on Aadhaar.

Under the amended Aadhaar Act, your basic rights are as follows:

Example 1: A PDS dealer puts your fingerprint (and Aadhaar number) in a point of sale machine at the ration shop, to verify that you are the rightful owner of the ration card bearing that Aadhaar number. This is an example of biometric authentication.

Example 2: A bank asks you to perform biometric authentication in a similar way, before linking your bank account with Aadhaar. In the process, the bank gets access to your demographic information in the CIDR. This is called ‘e-KYC’ – short for ‘know your customer’.

Offline verification is a new method of identity verification of an Aadhaar holder, introduced by the July 2019 amendments, which does not involve authentication. How this will be done is not specified in the amendments. One possible example could involve showing a printed Aadhaar “card,” which has your photograph, Aadhaar number, name and address, and a QR code. The “requesting entity” uses special (UIDAI-provided) software to “read” the QR code using a scanner, and matches the details stored in the QR code against those on the printed Aadhaar “card”.

In all cases of Aadhaar authentication (mandatory or voluntary), the following safeguards apply:

1) It must be based on informed consent.

2) You must be informed in writing of any purpose for which identity information made available to the requesting entity may be used or disclosed.

3) The information you give can be used only for the purpose to which you have consented.

4) Alternative means of verification must be made available in cases where authentication is not possible ‘due to illness, injury or infirmity owing to old age or otherwise or any technical or other reasons’.

For offline verification, safeguards (1)-(3) apply, along with the following:

1) The information you provide must be used only for the purpose of verification.

2) You must be informed of ‘alternatives to submission of information requested, if any’.

3) The verification-seeking entity cannot collect, use or store your Aadhaar number or biometric information for any purpose.

Under the amended Telegraph Act, a phone company must identify its clients through one of the following means: (1) Aadhaar authentication; (2) offline verification; (3) passport; (4) “other officially valid documents or modes of identification” that may be notified by the Central government.

The same provision applies to banks under the amended Prevention of Money Laundering Act. As of now, other valid documents for opening bank accounts include passport, driving licence, voter ID, NREGA job card, proof of possession of Aadhaar number and letter issued by the National Population Register. Under an amendment brought in by the Finance Act, certain high-value transactions will require Aadhaar authentication.

1) It is authorised to do so by the UIDAI.

2) Authentication is based on informed consent.

3) Other means of identification are also made available.

4) All the general safeguards apply.

The amended Aadhaar Act does not explicitly authorise private companies to make offline verification mandatory, but nor does it seem to prohibit it – this is an important ambiguity.

1) Consent of parents is required for Aadhaar enrolment.

2) Children can “opt-out” of Aadhaar within six months of turning 18, if they wish.

3) No child can be denied any subsidy, benefit or service for lack of Aadhaar or Aadhaar authentication.

What about the Aadhaar card?

The Aadhaar Act does not say anything about the Aadhaar card – the word “card” does not appear in it at all.