A Myopic Biopic of Kashmiri Pandits

It is nauseating that a film claiming to highlight the horrors inflicted on Kashmiri Pandits has become part of state propaganda. 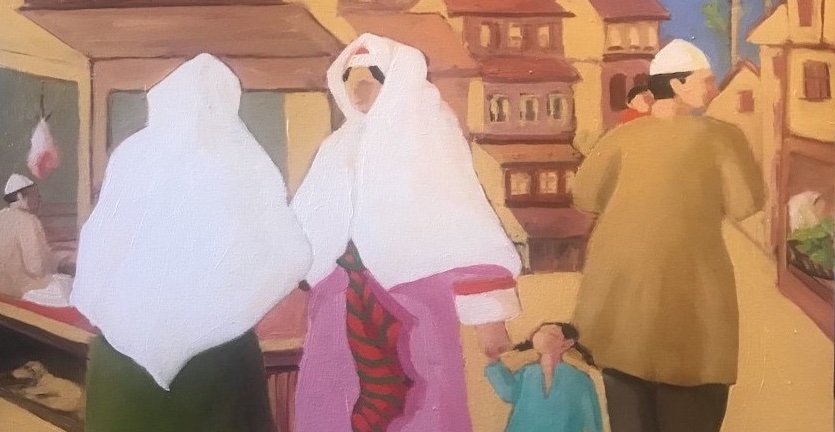 Let me start with a disclaimer. I have not seen The Kashmir Files. Nor do I plan to.

First, like the vultures who preceded the advent of Mihirakula, the screeching and flying feathers that have heralded this movie about the valley of Kashmir augur hate and anger, and that is not my shtick.

Which brings me to the next thing. The movie is called The Kashmir Files but is actually focused only on the horrors visited on Kashmiri Pandits, aka Hindus. Now it appears it has become part of state propaganda, and that is nauseating.

The atrocities visited upon us Pandits by some Muslims during the insurgency were horrifying especially as we had until then lived intertwined harmonious lives, bound by our language, culture and cuisine. Not even in our nightmares had we ever imagined such a reversal, or that Pandits would be targeted with heinous behaviour heretofore unknown in the valley. Despite the attacks not a single Pandit was seen or heard of lifting a finger to hurt any Muslim compatriots, most of whom failed to protect them. The resultant mass exodus of Pandits led to the virtual genocide of a community that had existed in the valley for millennia before most of them converted to Islam.

Why did this happen? What turned the very people who happily lived with, worked with and for Hindus (2-3% of the population) for decades, suddenly mad? What happened between the 1970s and the 1990s that made it unthinkable that we, Pandit women, could any longer walk through the streets of Srinagar at midnight coming back from mehndiraat at an ancestral home on Safa Kadal, the Seventh Bridge? We were accompanied by an old Muslim retainer we called Amma, short for Ahmed. My mother’s parents had Noora, short for Nooruddin, who was the gopher for my grandmother with missives of all sorts. And there were thousands of others – colleagues, friends, bosses.

I crossed the river and back every day to go to the Presentation Convent School and our boatman was Habiba, a mild somewhat consumptive young man who came over to the house once a month for his salary, a cup of tea and a sesame roll. Once I slipped while getting into the shikara from a muddy bank and hung on to its side in shoulder high water until Habiba realised what had happened. Then he set up such a furore that all the other boatmen, great swimmers, rushed to help me back on the boat. I walked home drenched in water but didn’t think twice that my life had been saved by Kashmiri Muslims.

Also read: The Script Is Shoddy, Truth Is Distorted But The Sole Intent of ‘The Kashmir Files’ Is Manipulation of Emotions

We Kashmiri Pandits did not think like that then. We thought that our safety in a valley where we were a microscopic minority was natural, and no incident disabused us of that notion.

Our demographic profile was illogical. While we were less than 5% of the population, we had a much greater proportion of jobs, college and university admissions. This changed under the proactive steps taken by Sheikh Abdullah, and over the next decades there was more just representation for Muslims. Muslims and Pandits returned agricultural land to the tiller, but our farmer would himself deliver the small share we still got. He sat with my grandfather on the sitting room carpet after removing his pulhor, the straw slippers worn by us Kashmiris before the advent of Bata footwear. 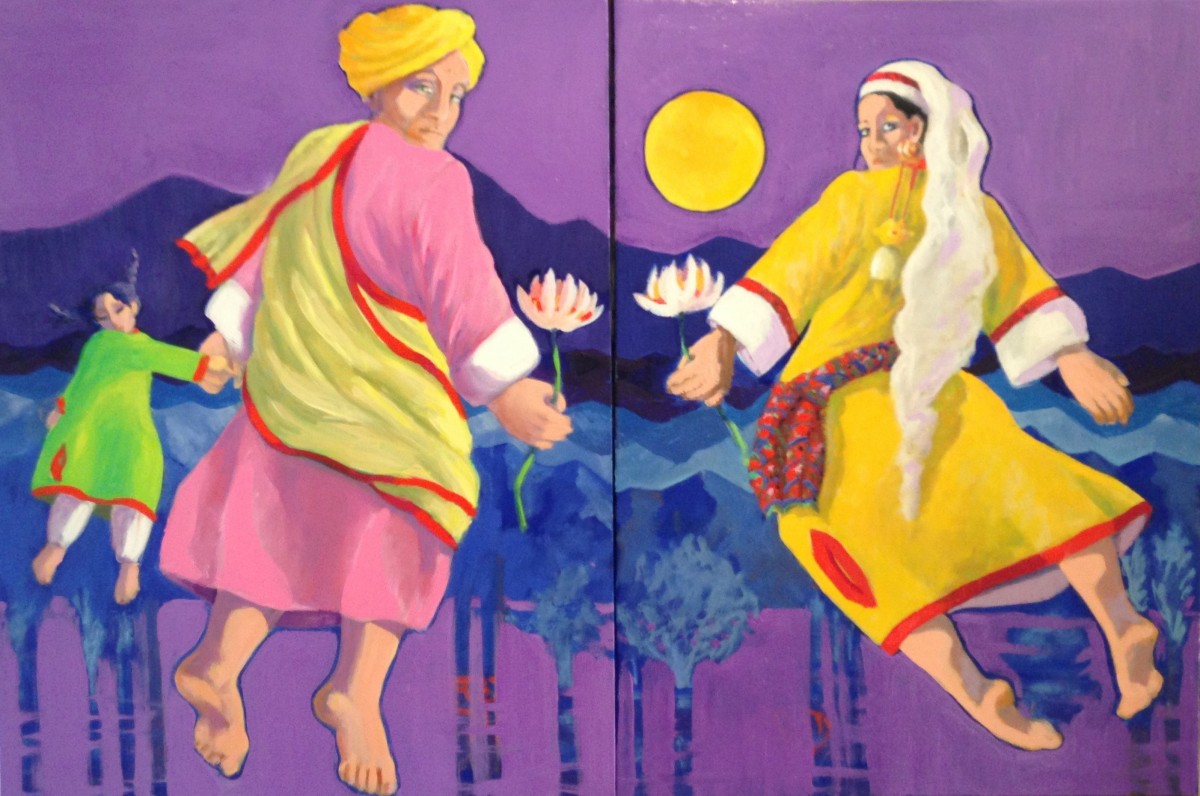 I could go on and on, as could almost every Pandit family, about our intertwined lives. But after the guerilla camps in Pakistan, the insurgency and resultant fanatical murders and rapes of innocent Pandits, it is hard to reconcile the past with the present. The grotesque unthinkable has happened, but where do we go from here?

Or more importantly, where are we now?

For me, personally I will always regard Kashmir as my homeland, although I have not lived there for years. Culturally and emotionally, I am a Kashmiri born and bred, and the evaporation of a beautiful viable life in the valley keeps me awake some nights. The house I grew up in, a venerable structure, is no more. I still have nightmares about its walls caving in, about my grandparents sitting on their porch where the world and his wife visited them unannounced.

What can I do about it?

Vilifying Muslims serves no purpose and has no legs. Today, Pandits are going back in droves to Kashmir, for short and long periods; they have started buying property there. They stay with or mingle with their beloved old friends, all Muslim, who tell them that they yearn for them. Some have conducted weddings in their villages at which Muslim ladies who used to sing and perform the festive folk dance rov have done so again. Stories abound of emotional reunions in the valley, this does not generally happen in other parts of the world. Once again we must be careful not to take this for granted.

We took a lot for granted, the security and privileges we enjoyed and the goods and services accessible to us. The Muslims were, except for a handful, hewers of wood and drawers of water and that appeared to be the natural order of things. We even looked down upon Jammu wallahs who, with typical Brahmin prejudice, we regarded as more brawn than brain and referred to them publicly as Dogra dangar, or cattle. We had an exaggerated sense of our importance and superiority which was attenuated somewhat by an extremely pacific view on life. We were never a violent crowd, something that occasioned contempt from the Dogras who also thought we were somewhat unclean and lacking spine for being so close to the Muslims.

We were oblivious to our myopia, even Indira Gandhi among others paid no heed to us when we asked for special treatment. She took one look at the demographics and realised the percentage we Pandits had did not warrant what we were asking for then. She may have not been many things, but she was a savvy politician.

Since The Kashmir Files came out, I, like many Pandits, have been inundated by emails, memes, social media messages and phone calls. This week, I was told by at least four people that I must see it. That this is historical, the cinematography is brilliant, it is a BIG hit all over India, time somebody told our story, time somebody eased our pain, they said, you have to see it!

“If we do not archive what happened, our history will disappear.”

But is our history only the tragedy that befell Kashmiri Pandits? What about the acreage of graveyards in Kashmir of young Muslim men and women? And the innumerable numbers still unaccounted for?

I wrote a book on the life we had, The Tiger Ladies: A Memoir of Kashmir, and made a series of paintings about the fleeing of Hindus from the valley titled “Pandits at Nightfall”, to express my heartache. Neither received even a flicker of recognition from all the people jumping up and down now. Even C-Span, which filmed my book reading in Washington, was disappointed, this being the height of anti-Muslim sentiment in the US. If only I had said something critical, it would have been perfect; the one thing missing – and this I was told to my face – was that there was no accusatory anger in my words.

As to recording history, not much attention is paid to the horrors faced by the Muslims, i.e., 98% of the valley’s populace. Since the catastrophe, thousands of articles and photographs on what happened to us Pandits in Kashmir have been discussed, been circulated and seen. By now, I do not need any further proof of the betrayal of our life by a handful of armed hooligans who destroyed us, their devastated parents, and our life in Kashmir.

What do I want?

I love Kashmir and Kashmiris. I will not pull off the scab from a slowly healing sore and make it bleed just because it fits into some bigot’s agenda and helps those who see India as a Hindus-only country. From all I have heard, and this includes Kashmiri Pandits, this is what the movie does, and I can take no more hurt and hate. Nor can they, and they have made public announcements to that effect saying it will only cause more divisiveness and is cooked up just to improve electoral chances. Pandits are being used by people some of whom look down upon Kashmiris as hatho, a subspecies, a curse from our long serfdom under foreign rule for centuries.

I want to go back to my Kashmir, knowing fully well that in my lifetime it will never be what it was; too much water has flown under its seven bridges for that. I want to bask in the love and hospitality that seems to have returned steadily to my beloved valley. Of course, there are people who cannot bear to see harmony, it does not suit their purpose so they will always sabotage it.

Home is home and I have too few summers left to waste for the political benefit of contemptible opportunists.

Sudha Koul is the first woman IAS officer from Kashmir.