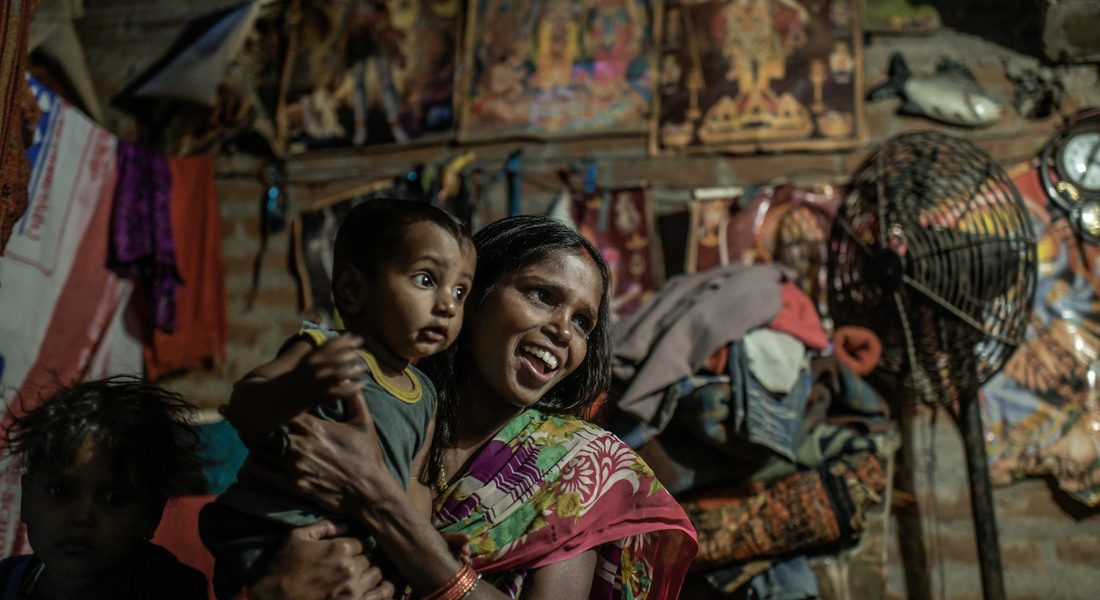 The report details shocking levels of wealth inequality in the country, adding that wealth is being further concentrated in the hands of the richest while the poor are pushed deeper into deprivation. “High levels of wealth disparity subverts democracy,” the report says.

This is a common trend across the world – in the last year alone, the wealth of the poorest half of humanity, 3.8 billion people, fell by 11%, while a new billionaire was created every two days between 2017 and 2018 across the globe. In India, the wealth of the top 1% increased by 39%, whereas that of the bottom 50% increased by merely 3% in 2018.

The report makes many other such comparisons. It says that in 2018, 26 wealthiest people owned the same as the 3.8 billion people who make up the poorest half of humanity, down from 43 people the year before.

There’s a special focus on women’s work in the report, discussing how they remain the poorest of the poor. A section dedicated to the same is titled “inequality is sexist”.

Citing a report from UN Women, it says that globally women earn 23% less than men while men own 50% more of the total wealth than women. In India, women are still receiving 34% less wages than their male counterparts for the same work.

On the unrecognised and unpaid care work, it says, “If all the unpaid care work done by women across the globe was carried out by a single company, it would have an annual turnover of $10 trillion – 43 times that of Apple.”

Tax breaks for the super-rich

The report claims that top rates of tax on the wealthiest and corporations are the at their lowest in decades, and that “unprecedented levels of tax avoidance and evasion” ensure that the wealthiest continue to pay less taxes.

“There can be no moral justification for this behaviour beyond the discredited neoliberal dogma that if everyone maximizes their selfishness, the world will somehow be a better place,” it adds.

The report doesn’t mince words on tax evasion, saying that the “super-rich are hiding $7.6 trillion from the tax authorities”. It also alleges that corporates “hide” money offshore to evade taxes. “Together this deprives developing countries of $170bn a year,” it says.

India added 18 new billionaires to the list just last year, taking the total number of billionaires in the country to 119. Their total wealth is higher than the Union budget of India for 2018-2019 (Rs 24,422 billion), the report says.

The country’s combined revenue and capital expenditure of the Centre and states for public health, sanitation and water supply is less than the wealth of India’s richest billionaire Mukesh Ambani. Inequality in India is based not just on class but caste, but gender as well. “A Dalit woman can expect to live almost 14.6 years less than one from a high-caste,” the report says, asserting that this inequality costs India its human potential.

Under funding and privatisation of public services, gender inequality leading to violence against women, the burden of unpaid care work, fiscal injustice for women and other marginalised groups, and corruption are listed as the major reasons for increasing wealth inequality in India.

Highlighting the shortage of health specialists in rural areas, the report compares India’s 0.7 doctors per 1,000 people to the UK’s 2.8. It further states that “most insurance schemes (including the new Ayushman Bharat) fail to cover outpatient costs that account for 68% of expenses.” While India boasts of “world class health services at low cost” and ranks 5th on the Medical Tourism Index, in terms of quality and accessibility of healthcare to its own citizen, it ranks 145th among 195 countries.

The dropping enrolment ratio in government schools, particularly for girls, while private schools see an uptick in admission, points to the state’s neglect, the report suggests. It further says that private players in health and education are often unregulated or under-regulated, leading to exorbitant profit margins and hence, exclusion.

Regarding unpaid care work, the report says that Indian women spend around three hours on it daily while it’s just around 30 minutes for men. This often discourages women from joining the labour force and earning decent wages. “Unpaid care is a huge hidden subsidy to the economy, which is ignored by standard economic analysis,” it says.

Recommendations for the government

In addition to the figures explaining the extent of wealth inequality, the report also has recommendations for the government to move towards a fairer society.

“Getting the richest one percent in India to pay just 0.5 percent extra tax on their wealth could raise enough money enough to increase government spending on heath by 50 percent,” the report says.

Also read: As India’s Inequality Spirals, How can the Government Step in and Intervene?

Oxfam recommendations to the government include progressively making school education free, ensuring reduced out of pocket expenses on health, and meeting global benchmarks of 6% and 3.5% of GDP on education and public health respectively.

Other recommendations include strengthening quality public healthcare, strict enforcement of the Right to Education norms, stopping commercialisation of education and health, and an increased focus on gender budgeting.

It also recommends revising the NSSO definition of ‘work’ to include domestic work as an economic activity. A policy framework to recognise care as a universal right guaranteed by the state through an effective social protection system is also recommended.

“Economic inequality plagued by caste, class, gender and religion need to be tackled on a war-footing. Government must now deliver real change by ensuring that the super-rich and corporations pay their fair share of tax and invest this money to strengthen public healthcare and education. Governments can build a brighter future for everyone – not just a privileged few,” Amitabh Behar, CEO of Oxfam India, said.