6,500 Migrant Workers Have Died in Qatar Since It Was Named FIFA World Cup Host

These labourers are from five countries in South Asia, with 2,711 of those who died hailing from India. 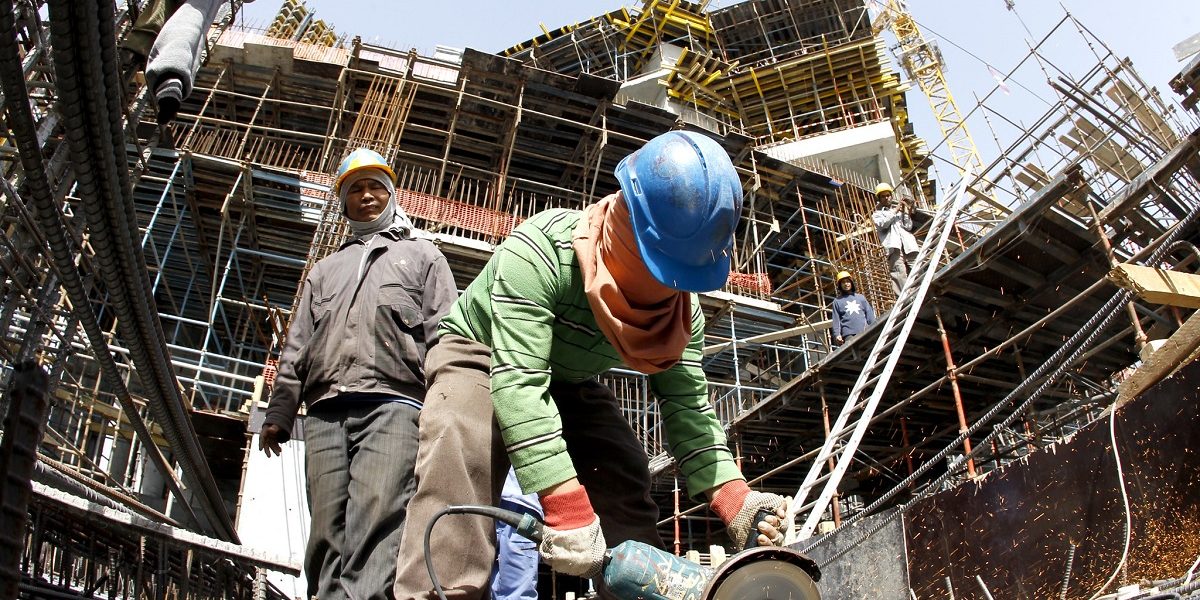 As Qatar gears up to host the 2022 World Cup, an investigation by The Guardian has found that thousands of migrant workers have died in the country over the past decade. Since Qatar was unexpectedly awarded the hosting rights for soccer’s biggest tournament, more than 6,500 migrant labourers from five countries in South Asia have died. The Guardian noted deaths among workers from India, Pakistan, Nepal, Bangladesh and Sri Lanka between 2011 and late 2020 with 12 dying each week on average during that time period. The true death toll is likely to be significantly higher given that the analysis did not include deaths from other countries known to send large numbers of workers to Qatar such as Kenya and the Philippines.

Like other countries in the region such as Saudi Arabia and the UAE, Qatar is highly reliant on migrant workers, the majority of whom tend to voluntarily come from Asia and parts of Africa. Qatar’s population stood at 2.6 million in 2017, of which 313,000 were Qatari citizens and 2.3 million were migrant workers. The country has been plagued by allegations of human rights abuse and labour violations for years with international organizations consistently reporting that migrant labourers have been subject to serious exploitation and abuse. According to the US state department, expatriate workers face conditions equivalent to involuntary servitude with some labour violations taking the form of beatings, sexual assault, restrictions on freedom of movement as well as the withholding of salaries.

Qatar has undertaken a massive construction program to prepare for the World Cup including building seven stadiums, a new airport as well as broad additions to its public transportation network. Due to the fact that occupational fatalities are not categorized by role and place of work, The Guardian could only directly attribute 37 deaths to stadium construction work. It is likely that a significant portion of total deaths in the analysis occurred on projects related to the World Cup. Causes of death noted in official records range from blunt trauma to asphyxia and hanging but the most common one is “natural death”. Often attributed to heart of respiratory failute, this cause of death usually has no legitimate medical explanation and may be linked to Qatar’s harsh climate.

The Guardian relied on government sources for the research and it shows that 2,711 workers from India died in Qatar between 2011 and 2020, while 1,641 Nepali workers also died, in addition to just over a thousand from Bangladesh. Pakistan’s embassy in Qatar also stated that 824 of its citizens died working in the country over the last decade or so. Qatar’s government has not disputed the figures, even stating that the number of deaths is proportional to the size of the migrant workforce. The pandemic has not played a considerable role in deaths. The rate of infection has remained low in Qatar with around 250 people dying from the disease so far. 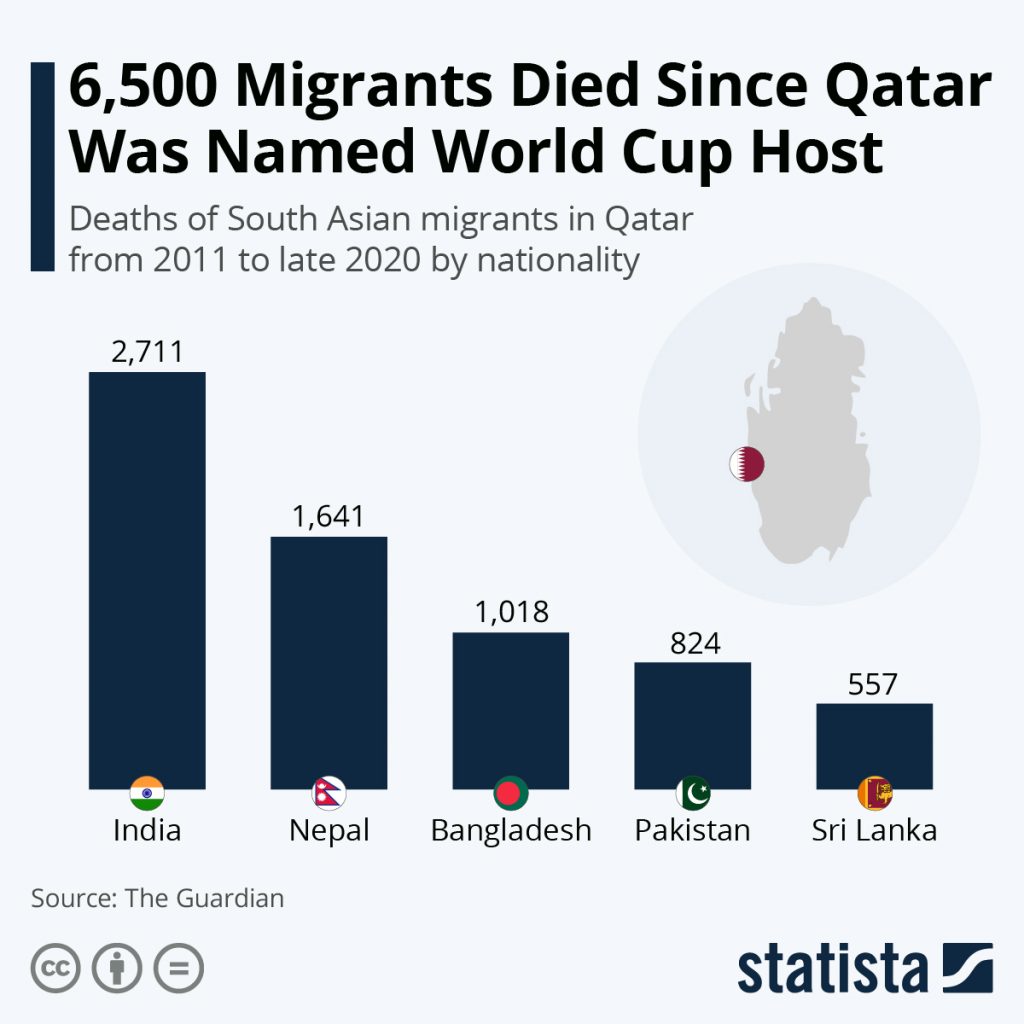