Six of the Kashmiri women who were allegedly gang raped by Indian soldiers in 1991 have died, the remaining 17 survivors still await justice. 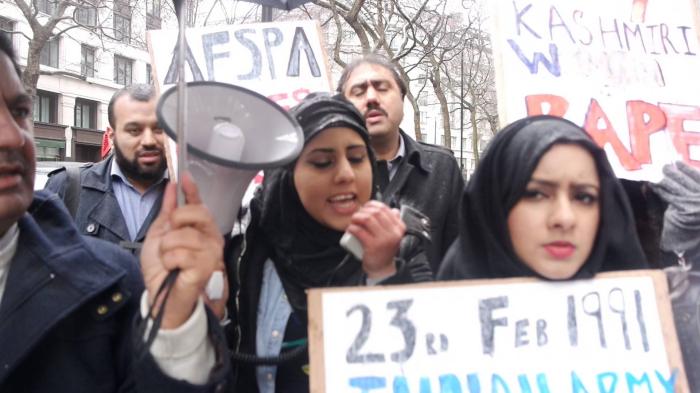 “…the revelations in 2004 of sexual exploitation and abuse by a significant number of United Nations peacekeeping personnel in the Democratic Republic of the Congo have done great harm to the name of peacekeeping.”

These are the words of Kofi Annan from the letter that he submitted to the president of the UN General Assembly (UNGA) in March, 2005. He further acknowledged in the letter that measures in place to deal with the problem were “manifestly inadequate” and demanded a “fundamental change in approach”. Annan was then the UN secretary general, the highest administrative officer of the organisation. His actions led to the tabling of the Prince Zeid report that executed a robust investigation and gave an accountability-based analysis of the sexual violence perpetrated by peacekeeping troops, that were operating with impunity granted to them by the UN itself. Since the report’s submission, the UN has taken several administrative measures to hold the defaulting troops accountable. They include the adoption of the UNGA resolution on criminal accountability of troops, establishment of the Conduct and Discipline Unit, the expulsion of troops whose units were linked with the abuses and finally, obligating Troop Contributing Countries to exercise criminal jurisdictions for the offences committed by their military personnel.

It has been 26 years since four personnel of the Rajputana Rifles allegedly raped at least 23 women in Kashmir’s twin villages of Kunan and Poshpora. It was supposed to be a cordon-and-search operation to trace militants, but turned out to be the blackest of nights in Kashmir’s violence-ridden history. As per the 2012 Jammu and Kashmir State Human Rights Commission (J&K SHRC) report – the men in the villages were first ordered to come out of their houses and taken to a separate location. Then members of the security forces who had “turned into beasts” forcefully entered these houses and “gagged the mouths of the victims and committed forced gang rape against their will and consent”. Even minor girls as young as eight years of age were not spared.

A recently published book – Do you remember Kunan Poshpora? – exhaustively documents aspects related to the incident. In the book, amongst many gory accounts, one of the survivors shares her story: “Three army men caught hold of me and 8-10 army men raped me in turns. They had huge battery torches with them and they used them to see my naked body, while making lewd remarks”.

Many independent investigations and fact finding missions (including the one led by a former chief justice of the Jammu and Kashmir high court – Justice Bahauddin Farooqi) have concluded that the Kunan Poshpora case has seen unprecedented proportions of ignorance with regards to normal investigative procedures that must be followed after such a crime.

In 2014, as a jolt to the Indian government, the divisional bench of state high court comprising Chief Justice M. M. Kumar and Justice Hasnain Masoodi took up the SHRC report and decreed “the government should explore the possibilities of payment of compensation within three weeks.” This was the first time that members of the higher judiciary acknowledged that the heinous crime did indeed take place as until then reports of the gang rape had been considered terrorist propaganda.

Since then there have been two petitions in the Supreme Court against the high court order – one by the supposedly pro-people state government and another by the Indian army. A stay on the high court’s order has already been obtained. And as of now, we don’t know how long the case will now go on. 26 years – justice is already delayed, already denied. Six victims of the alleged crime have died. Lest the horrors of history repeat, the struggle for justice continues.

The first step towards solving the problem is to acknowledge its existence. While filing the petition against the high court order, the army claimed that the alleged incident was “a hoax orchestrated by militant groups and part of a cleverly contrived strategy of psychological warfare to discredit the security forces and to jeopardize counter-insurgency operations”. Here, we should recall the fate of the army’s depositions in front of the judicial enquiry commission which was headed by a former Manipur judge, Upendra Singh, in the Thangjam Manorama rape and death case. None of the army’s versions were accepted by the commission. The inquiry established that troops of 17th Assam Rifles brutally tortured Manorama in front of her family. Thereafter, she was shot multiple times, including her private parts. Singh found this completely “incomprehensible” and submitted in the report that it was likely that Manorama was shot in her genitals to cover up the crime. The army’s submissions, based on an FIR and other documents, were declared a “naked lie”.

In Union of India & Anr. v. State of Manipur & Anr. (2014), the Supreme Court bench comprising Justice T.S. Thakur and P.C. Ghosh directed the Centre to pay Rs 10 lakh to the Manorama’s mother. Like the Jammu and Kashmir high court order in the Kunan Poshpora case, this was also an acknowledgement that some deviant characters in the army do commit heinous crimes, just like members of the civilian population.

There are other official documents that scream of the army’s excesses. The Justice Verma Committee report for instance, says that brutalities committed by the armed forces have led to a “deep disenchantment” due to the serious allegations of “persistent sexual assault” in areas of conflict. It further noted that impunity for systematic or isolated sexual violence is being legitimised by the Armed Forces (Special Powers) Act (AFSPA). Additionally, the committee strongly recommended certain amendments for our existing criminal laws and the AFSPA, but the government has taken little action on those specific points. Although, after the Criminal Law (Amendment) Act, 2013 includes the armed forces under Section 376(2)(c) of the Indian Penal Code; accountability is still missing from the cases tried in military courts.

In 2005, the Justice Jeevan Reddy Committee had already recommended repealing of AFSPA for the simple reason that it does not provide for any transparent system through which the Centre or other state institutions can ensure that citizens are protected from such actions.

In August 2015, then UN Secretary General Ban Ki-moon fired Babacar Gaye (the peacekeeping chief of the Central African Republic) for failing to take adequate action against cases of sexual exploitation and called the incidents a “cancer” in the UN peacekeeping system.

In India, the army has its own military courts, whose trial and conviction rates are yet to be assessed. For civilians, in cases of rape, the National Crime Records Bureau data (from 2015) places the conviction rate at around 28%. With AFSPA still unaltered, we can imagine the corresponding statistics for the armed forces.

One common fallacy regarding the army’s impunity must be clarified. Army officials are not immune under AFSPA if they sexually assault women or commit rape.  Section 7 of the Act provides protection from prosecution for “anything done…in exercise of the powers conferred”. These “powers” include causing death, search and arrest without warrant; and they cannot be taken as a token of liberty to sexually assault residents. But, under AFSPA-related offences, military personnel cannot be prosecuted unless there is a prior sanction by the central government. Responding to an RTI application filed by an NGO, the Jammu and Kashmir Home Department stated that “no sanction for prosecution has been intimated by the Ministry of Home Affairs and Ministry of Defense to the State Government from 1990-2011 under the J&K Armed Forces Special Powers Act” (emphasis added).

The Justice Verma Committee clearly suggested that no sanction from the Centre should be required if the person has been accused of committing sexual offence in the disturbed areas where the AFSPA operates. But this suggestion is yet to be adopted. In addition to all this, court martial case proceedings remain opaque. Amnesty International India has raised serious doubts over the manner in which investigations and trials are conducted in our military justice system.

Being responsive and sensitive

Manorama’s brutal murder shook everyone who heard about it. Because of our national media’s inherent bias against the North East and Kashmir, the incident attracted negligible coverage. To make their voices heard, women from the region walked nude through Imphal and protested right in front the Assam Rifles headquarters. Monetary compensation ordered by the Supreme Court provided some respite. But is that enough?

Kunan Poshpora survivors have been staging regular protests but their voices are stifled and the mainstream media continues behaving as usual. Our ‘collective conscience’ has in fact become selective. Some of the highest officials at the UN have acknowledged and responded to the offences committed by peacekeeping troops. Can we learn from them? Or are nation-state dynamics so different that we have to continue carving out an absolute immunity for armed forces without any accountability whatsoever? We are also party to major international human rights treaties. In 2014, the CEDAW (Convention on the Elimination of all Forms of Discrimination Against Women) Committee called upon the Indian state to review AFSPA as per the Justice Verma Committee’s recommendations and ensure that the “security sector is subject to effective oversight”.

The world is watching us and we cannot play innocent or oblivious. We must imbibe the spirit of the principles of fairness in our criminal justice administration and act against offenders.

Truth has a peculiar nature – it cannot be defeated. Every act of tyranny, or deprivation of justice, has the power to haunt not only the offenders but also us, as a society. We talk of winning the hearts of the Kashmiri population. Government of India, let us start with being just.