Why Sikhs Are Angry With the Ayodhya Judgment

The 1045-page judgment not only refers to Sikhism as a 'cult' but also quotes accounts of Sikhs worshipping idols, which experts believe is an affront to the religious history of Sikhs. 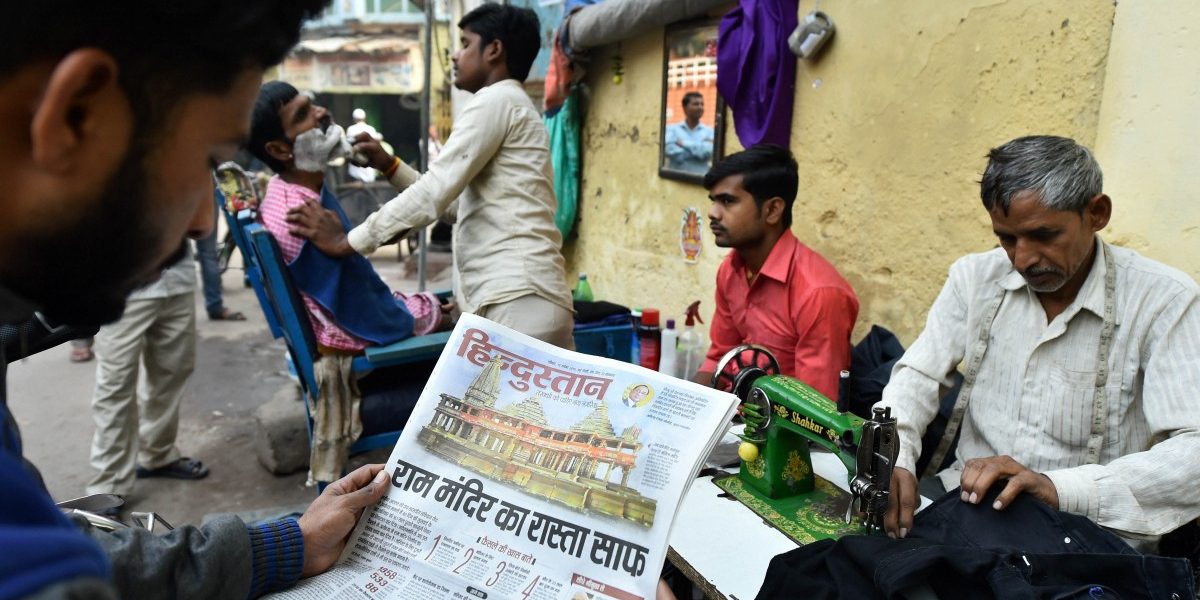 As it attempted to sort out a century-old Hindu-Muslim issue with its 1045-page judgment on the Ayodhya land dispute, the Supreme Court has inadvertently riled Sikhs. It has described their religion as a ‘cult’ and seems to have relied on the testimony of someone who Sikhs believe has “misinterpreted the purpose of Guru Nanak Dev’s visit to Ayodhya in 1510-1511”.

The court relied on the testimony of one Rajinder Singh, ‘a person having interest in the study of religious, cultural and historical books of Sikh cult’ who had been fielded as a witness by Hindu parties to strengthen their claim to the disputed site.

The apex court further noted on Rajinder Singh’s evidence, “In his examination-in-chief, he has referred to several books about Sikh cult and history.”

The Kendri Guru Singh Sabha in Chandigarh has publicly criticised the judgment and described it as an “affront” to the Sikh community. “The court has called us a ‘cult’ — a word which bears a definite negative connotation. The learned judges should have consulted experts before doing so,” said professor Gurdarshan Singh Dhillon, a Sikh historian associated with the Sabha.

The Cambridge English dictionary describes a cult as “a religious group, often living together, whose beliefs are considered extreme or strange by many people”. The Merriam Webster dictionary says that a cult is “a religion regarded as unorthodox or spurious.”

Neena Singh, a Delhi lawyer, has written to the Supreme Court registrar that she and a group of Sikh lawyers will be submitting a representation to the Chief Justice of India soon, asking for a correction of the portion of the judgment that refers to Sikhism as a cult. “It is derogatory and goes against all that Sikhism stands for. The judges should have rebuked the witness for using such language against a peaceful and independent religion like ours. The community is shocked and hurt by the false submissions of the witness and the judgment of the Supreme Court,” Singh said.

This is not all.

Sikh intellectuals are also angry over the allegedly false janam sakhies or biographical writings about the Guru that have been taken on record by the apex court from the evidence presented before the Allahabad high court. These state that Guru Nanak Dev went to the alleged Ram Janambhoomi in Ayodhya for ‘darshan’.

“Guru Nanak Dev went to religious places like Mecca or Ayodhya to preach and spread the message of one formless God. He did not go for ‘darshan’ at any place. There is no place for idol worship or ritualism in Sikhism and the Guru, in fact, preached against it,” said Singh.

Gurpreet Singh, president of the Kendri Guru Singh Sabha said, “Instead of relying on an unknown person, the court should have asked for opinions from Sikh historians or the Akal Takht or the Shiromani Gurdwara Prabandhak Committee who would have produced authentic ‘janam sakhies’ written by renowned Sikh writers and not a ‘fictitious’ account that has been presented before it.”

There is another reference in the judgment to a nihang or armed Sikh warrior, Faqir Khasa, lighting a havan fire and doing puja at the alleged Ram Janambhoomi on November 28, 1858.

Quoting a report by the Thanedar of Oudh, the judgment notes, “The report spoke of an incident during which Hawan and Puja was organised inside the mosque by a Nihang Sikh who had erected a religious symbol.”

This has also attracted the ire of the Sikhs who say that in Sikhism there is no custom associated with fire and puja. Nihang Sikhs are baptised Sikhs who do not engage in pujas.

But more than anything else, Sikhs are uncomfortable with how the Supreme Court has seen it fit to insert the Sikh religion into what they believe is purely a Hindu-Muslim conflict. “This was entirely unnecessary. We do not wish to take sides in this issue. To distort our 550-year-old history and religion is a humiliation and only serves to diminish the faith in the eyes of the world,” said the Sabha president.

The apparent “ignorance” of the Supreme Court about the basic tenets of the Sikh faith has confounded Sikh scholars and experts, some of whom have seen it as a definite affront to its glorious heritage.