The Mumbai Cathedral That Has Stood Witness to the City's History

This year, the St. Thomas Cathedral will celebrate its 300th anniversary. When the East India Company finally took over Bombay in 1668, after a deal with Charles II, among its first declarations was that it would do nothing to impose religion – Christianity – on the natives.

This was a major strategic move – the Portuguese, who had come to western India a century earlier and now controlled a lot of territories, were enthusiastic about spreading Christianity; various Catholic orders were prospering under Portuguese rule and going about conversions with gusto. This had angered the locals who had escaped Portuguese held bastions such as Bassein. The Company did not want to make the same mistake.

Charles Aungier, the second Company Governor of Bombay invited migrants from Surat, where he was the president of the EIC’s factory and trading operations, to come to the seven swampy islands and set up shop there. Businessmen, artisans and skilled workers began moving to their new home, despite its obvious limitations, such as a lack of mercantile activity and unhealthy surroundings.

But there was a need to minister to the religious needs of the small but growing numbers of British soldiers, traders and their families. Aungier announced that a church would be built, very close to Bombay Castle where the Company had set up headquarters, on the island of Bombay. He wrote to the Court of Directors in 1672 and again in 1674 and got a positive response two years later. A foundation stone was laid, but all work came to a halt for over 30 years – the British were too busy fighting the various marauders – the French, the Marathas and the Sidis of Janjira – all of whom wanted to take over the islands. The authorities also had to face a rebellion by British soldiers. Finally, in 1718, a small church was consecrated for divine service as the first Anglican church in Bombay.

“The entire church was decorated in shades of green for the occasion with palm branches and plaintain trees,” writes Vijaya Gupchup in her official history of the cathedral.

“This year, on Christmas, the cathedral will celebrate its 300th anniversary and plans to include a seminar, walks and an exhibition of rare artefacts,” says Reverend Avinash Rangayya, the church priest.

Kept safely in the deep vaults of a bank, the most precious artefact of them all is a cup once owned by Aungier, who is often called the founder of modern Bombay. It was he who began the fortification of the city, created an early policing system and established a mint and a customs house. 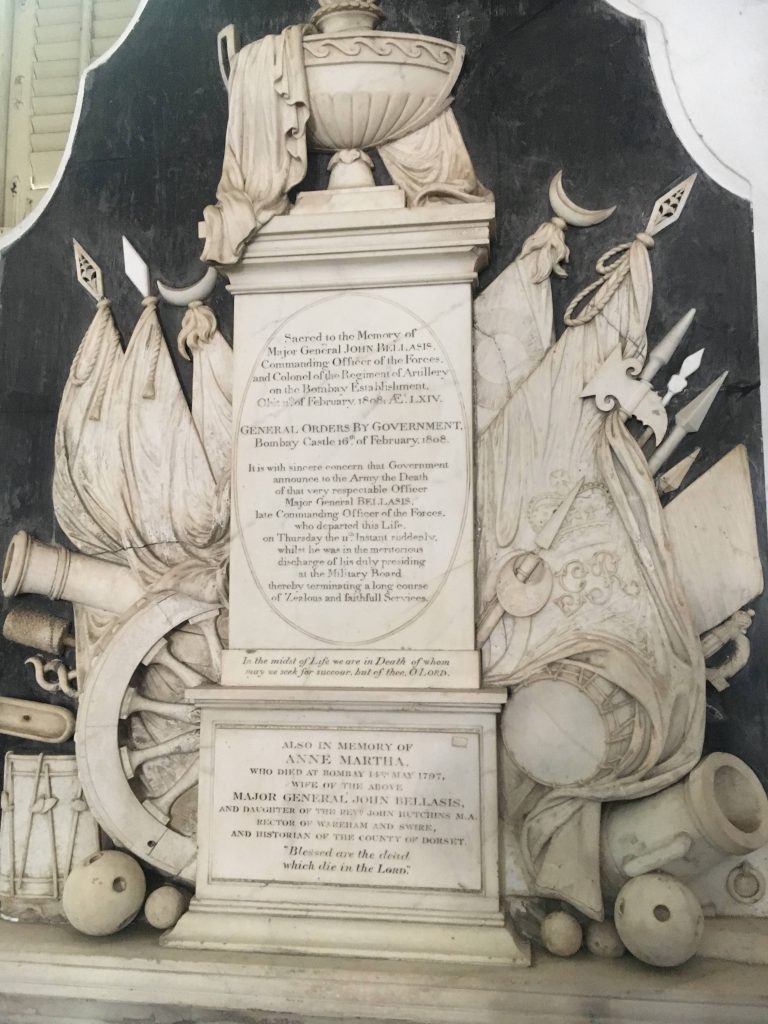 Under Aungier, the population of the islands increased rapidly, and by the time the church was constructed in the early 18th century, the Anglification of Bombay was almost complete. The English population had grown, by the arrival of many women who had come to faraway Bombay, encouraged by the Company which did not want its soldiers marrying Catholic women. The church was now a place for marriages, baptisms and burials of the whole of Bombay Presidency, which included Gujarat, Karnataka, Sindh, Aden and parts of Yemen.

Today, Rev Rangayya proudly says, it has records going back to 1739, all neatly written and stored in large registers that are frequently referred to not just by Indians but also descendants of Company families who frequently visit. “Our certificates are used for official purposes too,” he says.

In 1838, helped by funds raised from the local English community, it was raised in height and also consecrated as a cathedral – it is now the Mother Church of 88 Anglican churches in the city. Because of its height, it was regarded as a lighthouse for ships approaching the nearby harbour.

The Bombay Fort itself – part garrison, part commercial centre, part gated colony – used to be accessible only through three securely guarded gates and came to be called Churchgate, a name that is still used in the city.

The imposing cathedral has been witness to not just the growth of the city but also has been witness to history being made in and around where it stands. It saw the construction and then, in the 1860s demolition of the fort walls, after which the grand Victorian Gothic structures were built, kickstarting the development of a rich, modern metropolis. 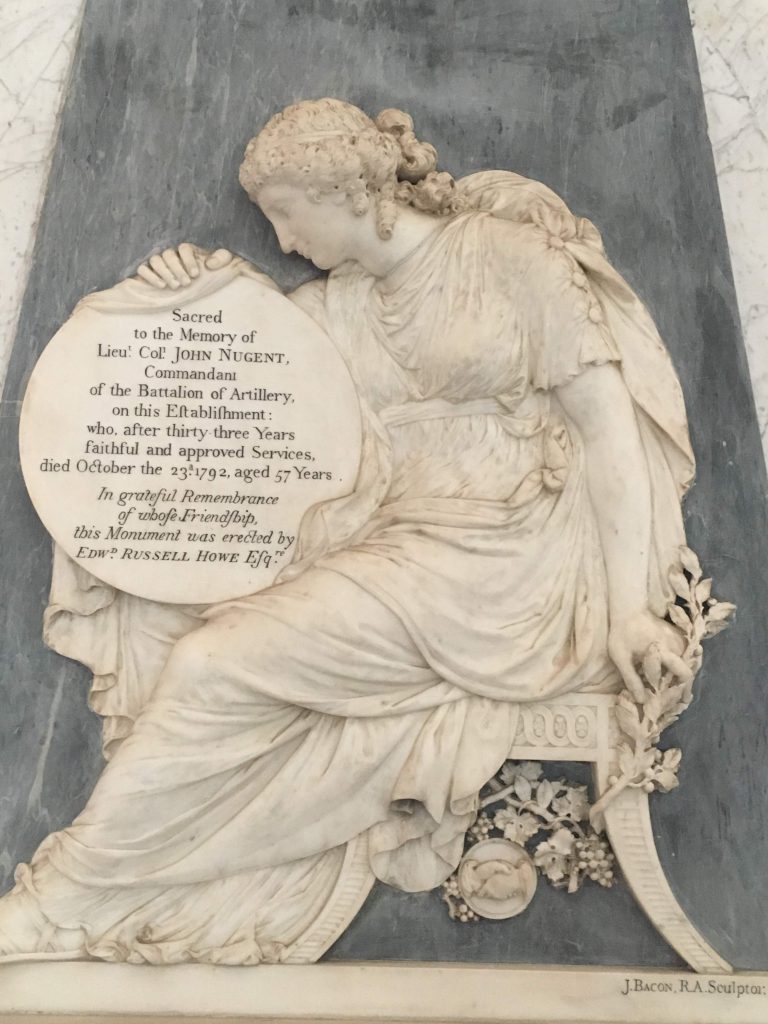 Not far away from the cathedral stands the Gateway of India, where King George V landed in 1911 and then, 37 years later, soon after India became independent, the last of the British troops in the country left to return home. And in the late 1950s, the city saw riots as locals demanded that a separate Maharashtra state be created and Bombay be handed over to it. A monument to those who died in the riots stands a few hundred metres from the cathedral.

The cathedral’s interiors too are redolent with history. Several memorials – many of them made of marble and quite elaborate – of prominent British names, including officials, army officers and judges who lived and died in the Presidency. Some names of administrators are instantly recognisable – Carnac, Bellasis, Duncan – because streets were named after them. Indian motifs, including people, clothing, musical instruments, are frequently used in the plaques.

Right in the front of the altar, where the congregation sits, are two chairs that had been used by King George V and Queen Mary when they visited India in 1911 and passed through Bombay on their way to the Durbar in Delhi. Light pours in through stained glass windows.

Because the Cathedral was a very significant structure and situated in the Fort, where most of the British community resided, it was considered the point zero from where Bombay began. “All milestones were measured from here, specifically from the baptismal font,” says Reverend Rangayya. Many of the milestones have disappeared, either buried under road works or simply carted away, though a few of them have recently been tracked down by enthusiasts.

On most days the Cathedral is a quiet, peaceful presence in a busy commercial district, but prayers are held on Sunday and special festival days. But the congregation has been dwindling over the years. “We are in south Mumbai, whose population is declining. Many of our parishioners have migrated to the suburbs and go to a local church.”

The average turnout on a Sunday is around 200 people, though, on Christmas day, this could even go up to 1000, many of them coming from far and wide and not all necessarily Christians. With the anniversary approaching, however, interest has been rising among local history buffs and foreigners who come to explore this hidden gem that is so closely connected with Bombay.