Ali Shariati and his family, one day after his release from prison in 1975. Photo: Wikimedia

Ali Shariati, the revolutionary Iranian thinker and activist who was born 87 years this week, loomed large over the Iran of half a century ago as a reformist, progressive and revolutionary thinker. His daring and critical approach to theological and philosophical questions earned him praise and hate during his lifetime, including prison time. A fresh translation of one of Shariati’s most important works, Tashii Alavi-o-Tashii Safavi (‘Alavi Shiism and Safavid Shiism’) – originally delivered as a long speech at Hussainiya-e-Irshad in 1971 and published in book form a year later in 1972 – has recently been translated into Urdu by Mohammad Zaki Hyderi along with another speech titled Tashii Surkh-o-Tashii Siyah (‘Red Shiism and Black Shiism’) and is newly accessible to South Asian readers. 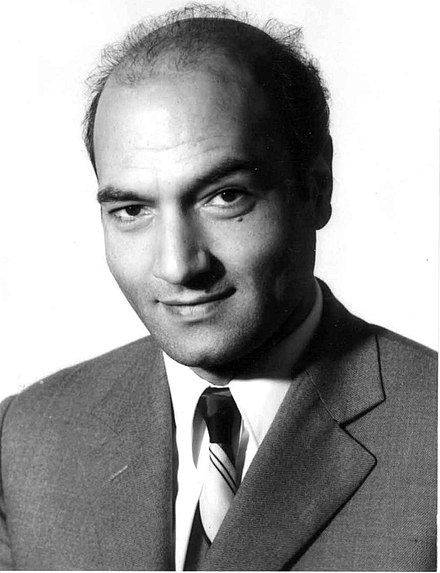 In this book, Shariati divides Shiism into two different periods and two opposing approaches.  The first period runs from Ali (the fourth caliph of Islam) to the pre-Safavid period in Iran; and the second part from the advent of the Safavid Empire to the present day.

He has labelled the first kind of Shiism as ‘Alavi Shiism’, whose standard-bearer was Ali himself. The second type is labelled ‘Safavid Shiism’, whose founder was the architect of the Safavid empire, Sultan Shah Abbas Safavi. By dividing the history of Shiism in this way, Shariati has proved that there is as much of an ideological, conceptual, cultural, doctrinal, logical, educational and social difference between the two as the earth and the sky.

Shariati considers Alavi Shiism to be one based on freedom from compromise and personal interests, and based on resistance, revolution, unity and knowledge and consciousness. On the other hand, he sees Safavid Shiism as one that is used to pave the way for the ascension of power by the Safavid family and later invented as a religious sect to make religion a means for the security of that power. 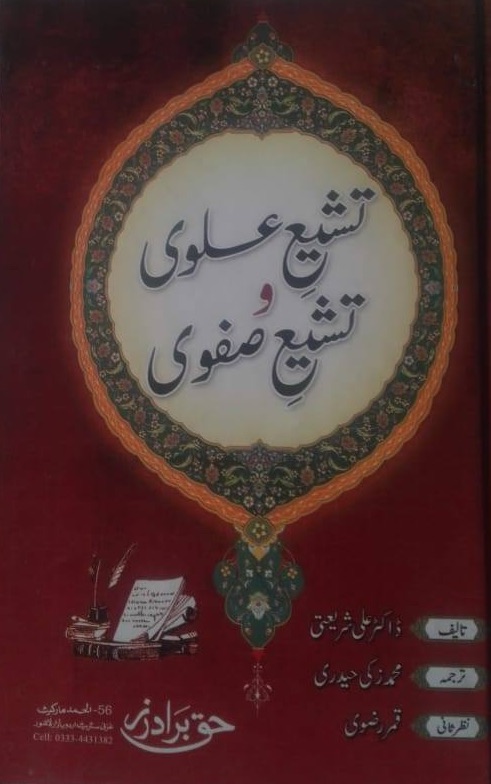 Shariati’s believes that Alavi Shiism was a revolutionary ‘movement’ which had always remained in conflict with the opprressive rulers of the time. But with Shiism becoming a part of the royal court, becoming the official religion of Iran, its essence becomes one of transforming itself into an ‘institution’. And in this manner, its crusading and revolutionary spirit is cast aside. In this way, Safavi Shiism’s focus was merely to protect this institution i.e. ‘empire’. And in pursuit of this objective, Shiism was given the form of a few religious rituals with its followers kept so busy in those athatnd they began to consider the accomplishment of a few rituals as the purpose of their faith rather than revolution and transformation.

Thus, Shariati’s work is not really a book but inflammable material which at least eight years before the Iranian Revolution of 1979 invited the reader to ask troubling questions like whether the faith of the Shia and Shiism itself is merely azaadaari (mourning) and festivity. More than 40 years later, these questions remain.

Going beyond rituals and practices

Undoubtedly, it is difficult for any school of thought to maintain its strength and hold over the centuries without rituals and practices. History is full of examples of faiths, isms, schools and movements which remained confined to books or to just a few individuals because of a lack of practices and eventually became totally extinct. Today, ordinary Shiites accept that the practices of Hussain are the foundation of their faith. The majalis (assemblies) and mourning processions at one level are a guarantee of the permanence of the Shiite school – no conscious Shiite can deny this. But all this has become the totality of the faith in that either Shias mourn one Imam or the other or then become happy organising a festivity on the occasion of the birth of some other Imam. The question Shariati forces one to raise is – was the faith of the Imams merely this? Was the faith of the people in the Imams limited merely to commemorating their birth and martyrdom and listening to lectures about their virtues and travails? If not, then where did this faith limited to rituals come from – and reach the point where the sole duty of Shiites appears to be to weep over the martyrdom of the Imams and be happy at their birth?

In addition, after one has participated in Shiite congregations and assemblies, further questions agitate the mind. In Pakistan, the network of lectures (congregations and festivities) is much wider than any other university network in the world. Every other day, in every nook and corner of Pakistan, a common Shia listens to a majlis sitting before a religious scholar but his life appears to be devoid of training. If one hears most of the congregations of today, what every speaker says can be summed up in this way: “Our imams were great, our imams were oppressed. They faced great troubles, but they suffered in silence and remained in mourning.”  A revered and venerated personage can speak to thousands of individuals from the biggest pulpit of the city for 25 years but cannot claim with a hand over his chest that he has created a revolutionary transformation in the lives of even ten individuals.

Ordinary Shias have been listening to his speech in the first ten days of Moharram for 25 years but their conduct, speech, way of life, domestic environment, matrimony, manner of business, office matters, etc. do not change one bit. Why? Because the Pakistani Shias take faith from the pulpit and from the pulpit most of the speakers only tell him that your imams were either great or oppressed! So why would his life indeed be affected? Therefore, the common Shia of today kisses the likeness of Zuljanah with devotion but treats the family at home unethically.

That is why one is forced to ask whether the Shia were always like this. Was Shiism like this from the very beginning or did it become so illogical, soulless and lifeless afterwards? Thus, to read Ali Shariati today is to know that Shiism was not what it has become today. He showed how Shiism took on a new aspect in the 16th century. To understand the lessons of Shariati is to understand that even today two types of Shiism are alive on an ideological level: one Shiism is limited to rituals while the second Shiism is stepping out towards revolution, going beyond these rituals.

As Shariati wrote while contrasting Red Shiism, which is concerned with salvation for the masses, with the Black Shiism of the clerics:

‘The history of Islam follows a strange path; a path in which gangsters and ruffians from the Arab, Persian, Turk, Tartar and Mongol dynasties all enjoyed the right to the leadership of the Muslim community and to the caliphate of the Prophet of Islam, to the exclusion of the family of the Prophet and the rightful Imams of Islam. And Shi’ism begins with a “No”; a “No” which opposes the path chosen by history, and rebels against history. It rebels against a history which, in the name of the Qur’an, kings and Caesars, follows the path of ignorance, and in the name of tradition, sacrifices those brought up in the house of the Qur’an and the Traditions!

‘Shi’ites do not accept the path chosen by history. They deny the leaders who ruled the Muslims throughout history and deceived the majority of the people through their succession to the Prophet, and then by their supposed support of Islam and fight against paganism. Shi’ites turn their backs on the opulent mosques and magnificent palaces of the caliphs of Islam and turn to the lonely mud house of Fatima. Shi’ites, who represent the oppressed, justice-seeking class in the caliphate system, find in this house whatever and whoever they have been seeking …’

He concluded: “The minds of the people are prepared. The hearts of the enslaved masses are throbbing for revolt under the curtain of secrecy. One spark will be sufficient …’

Note: All translations are by the writer.

Raza Naeem is a social scientist and an award-winning translator currently based in Lahore. He has been trained in political economy from the University of Leeds in the UK and in Middle Eastern history and anthropology from the University of Arkansas at Fayetteville, USA. He is also the president of the Progressive Writers Association (PWA) in Lahore. He may be reached at razanaeem@hotmail.com.