“Enmity, hatred, jealousy and retaliation do not foster religious sentiments and spiritual growth," Sri Chandrasekhara Bharati, the 34th Acharya of the Sringeri Sharada Peetam had once said. 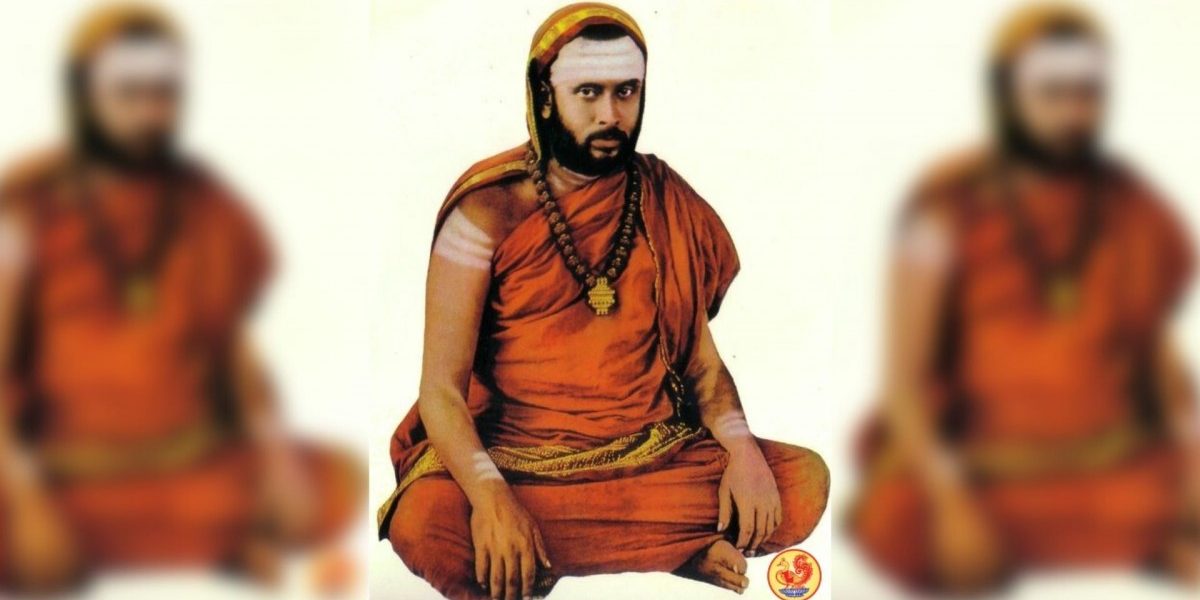 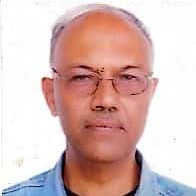 Indians who seem to draw vicarious pleasure by harassing and humiliating minorities are challenging the religious code of conduct enunciated by the highly revered Adi Shankara.

The founder of the Shankaracharya order, who revived Hinduism and created an organisational structure to perpetuate its ideals, had set up four maths at Sringeri, Dwaraka, Puri and Joshimath.

The first one came up at a beautiful spot near the river Tunga at Sringeri in present-day Karnataka where an unbroken lineage of Acharyas has devotedly kept alive the Shankara tradition of respecting all sects and religions.

Sri Chandrasekhara Bharati headed the Sringeri Sharada Peetam from 1912-1954 as its 34th Acharya. Like his predecessors, he was a man of vast learning, humility and renunciation who transformed the lives of innumerable people who came in contact with him.

Once, the Acharya visited Tiptur town in Karnataka’s Tumkur district where Muslims and Hindus were at loggerheads for a long time. The Acharya was in a palanquin and was accompanied by a large procession, which included musicians. They were to pass by a mosque; the authorities had taken elaborate steps to prevent trouble, which was widely expected.

But a miracle happened as the procession neared the mosque. Present there were a large number of Muslims who bowed their heads to the Hindu religious head. At their request, the procession halted. An elderly Muslim read out a poem in Urdu welcoming the Acharya. Another person read out a welcome citation. The Muslims offered fruits and flowers to Sri Chandrasekhara Bharati, triggering jubilation in the gathering. The Acharya blessed the community, and the procession went ahead.

Also read: Hindutva and the Steady Politicisation of Religion

A Muslim boy, however, sowed seeds of trouble by claiming that Muslims had succeeded in making the Acharya stand silently before the mosque. A section of Hindus were incensed on hearing this. They decided to take out another procession in the town, accompanied by music, and pass by the mosque. When this was suggested to the Acharya, one of his biographies – A Legacy of Blessings: Sri Sri Chandrashekhara Bharathi – notes that he expressed disgust.

According to the book, the Acharya berated the devotees:

“Giving heed to the idle gossip of some youth, have you concluded that the Hindu community was insulted? In retaliation to the gossip of an irresponsible youth, it is wrong to hurt the sentiments of the respectable members of that community. Your thinking is not based on morality or dignity. The respect you achieve by playing musical instruments before a mosque or the disrespect felt by the members of the Muslim community are negligible. You using us as a pawn to settle scores and satisfy your bloated egos has left us disgusted. We will not be a party to such things.”

The next day, a miffed Acharya left Tiptur along with his attendants. People pleaded with him to stay on. He did not. He added: “Enmity, hatred, jealousy and retaliation do not foster religious sentiments and spiritual growth. Your display of devotion is more out of your ego than out of respect. We will not stay here anymore.”

Some of the devotees then rushed to Honavalli, the next town where the Acharya camped, and sought forgiveness. 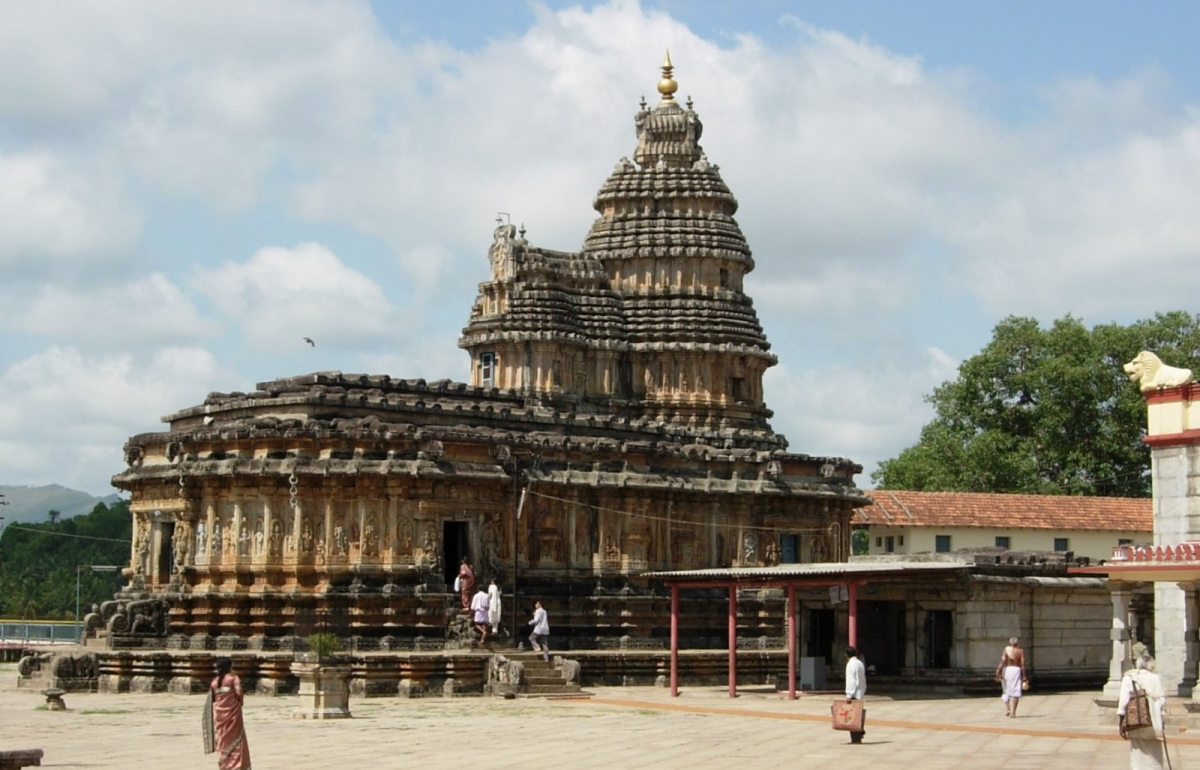 The Acharya’s exposition of Hindu religion and teachings were such that people from all communities offered him utmost respect. In 1939 or 1940, Abdul Kareem, a police officer, called on the religious leader and conversed with him in Tamil. The officer told the Acharya that he had deep faith in God and that this has prevented him from doing any wrong. The Acharya replied: “That is the aim of all religions.”

When a Westerner came to India and offered to convert to Hinduism, the Acharya surprised him by asking: “Why do you want to be converted? What is the shortcoming in Christianity?” When the visitor, identified in the book as Senex, said that Christianity had not given him peace of mind, the sage responded: “This is unfortunate. Have you sincerely taken up spiritual practices as prescribed by your religion? Be honest. Have you understood the teaching of Jesus Christ and attempted to lead life accordingly? … I suggest that you put in the best efforts first to be a true Christian. Take up spiritual practices as ordained by Christ.”

Also read: Bhagat Singh and Savarkar, Two Petitions that Tell Us the Difference Between Hind and Hindutva

The Acharya, as the book reveals, then went on to give a spiritually logical explanation against religious conversion. “It is not by accident that you have been born a Christian. Taking into account the karma accumulated in your previous births, to make your present birth fruitful, the Lord has decided that Christianity suits you best and has ordained that you be born a Christian. Thus your liberation is in following Christianity and not in following other religions. It is not necessary to change your religion. What needs to be changed is your way of life and your spiritual efforts.”

When another Westerner who too wanted to embrace Hinduism was given the same answer, he told the Acharya: “Your religion inspires a Christian to be a true Christian, a Muslim to be a true Muslim, and a Buddhist to be a true Buddhist. I realised today the unique outlook and greatness of Hindu religion.”

Like some of the Hindu sages of that era, Sri Chandrashekhara Bharati had mastered yoga and was thought to possess many supernatural powers which he occasionally used, only to help devotees. But he never exhibited his powers, nor did he use them to gain fame or name.

Whenever he helped ailing devotees recover, he attributed the development to God. It is not that he did not know those bits of history when some Muslim invaders attacked Hindu temples or Christian missionaries tried to convert poor Hindus. The genuinely holy knew that the follies of some should not be held against entire communities.