Sinead O'Connor, Shehla Rashid and the Only 'Good Muslims'

A tweet-length expression of her faith left Rashid relegated to the ranks of rioters and lynchers. 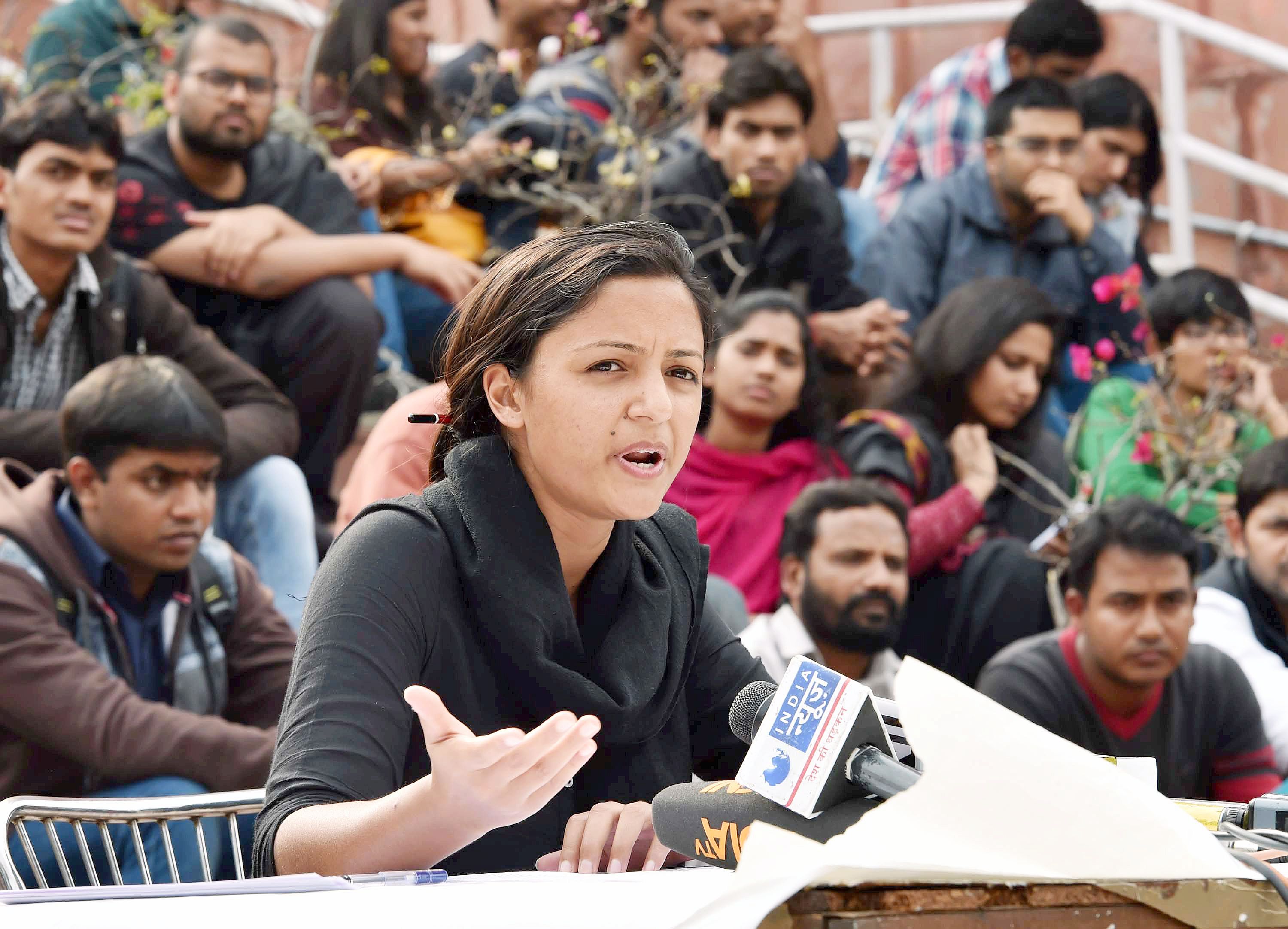 When Shehla Rashid, a student leader, tweeted to welcome Irish singer Sinead O’Connor into the Islamic fold, she could not have expected much of a controversy. Islam, like Christianity, is open to new converts, and it’s not unusual to welcome new members.

The attacks were led not by the usual right-wing, however, but by liberals. Rashid was accused not just of being a hypocrite, but of being the “other side of the ghar-wapsi gang, the two sides of the same coin”.

This charge was reiterated by Pawan Khera, a spokesman for the Congress Party:

What is the difference between the underlying mindset of this ? and that of the ‘Ghar Waapsi’ gang? https://t.co/AJ6gmo9jHT

He also claimed that statements like Rashid’s ‘mainstream the narrative of otherness based on faith’. (Apparently, the Congress’s often pusillanimous responses to anti-Muslim violence – or the tactical temple-hopping of its president – do not further any narrative of ‘otherness’).

Many others, including Rashid herself, pointed the blindingly obvious distinction between the voluntary conversion of a famous European celebrity, and organised conversions through coercion. But that was beside the point. What this controversy was really about was the readiness of many liberals to condemn any Muslim as a fundamentalist for a normal expression of their faith or identity. It grates against their expectations of a ‘good Muslim’. The fundamental issue here then, is not about Rashid, but about these expectations. This eagerness to condemn Rashid was not really a reflection of Rashid’s hypocrisy or extremism, but of their own latent prejudice.

Also read: An Attempt at ‘Reconciliation’ of a Fractured Country

The most fascinating aspect of prejudice is its invisibility. Most misogynists claim that they don’t hate women, just a certain kind of women. Similarly, most racists plead that they have many black friends, they just despise a particular kind of black people.

Bigots define the parameters of appropriate behaviour, and all those who behave contrary to these arbitrary expectations are then fit to be despised. It is the same with Islamophobes. When Rashid spoke out on one aspect of her faith, she violated the bounds of behaviour expected of ‘liberal Muslims’.

‘Liberal Muslims’ must keep their faith private and hidden.

Liberal Hindus are allowed to drone endlessly on the exceptional features of their faith without losing their claim to liberalism. Shashi Tharoor remains the standard-bearer of Indian liberalism despite writing a book-length expression of pride in his Hindu faith. But a tweet-length expression of her faith left Rashid relegated to the ranks of rioters and lynchers.

The Hindu Right, to give them credit, is crude and simplistic in their bigotry. The only Muslim acceptable to them is a ‘cultural Hindu’, which leaves out, by design, the vast majority of Muslims actually living in the country. The archetype of their ‘good Muslim’ model is Dr Kalam, a man versed in ancient Sanskrit texts, devoted to Carnatic music, and a follower of Swami Pramukh Maharaj. The missiles he helped develop no doubt cemented his nationalist credentials. For the Hindu Right, the atypical outlook of Dr Kalam is a foil against which the vast majority of Muslims can be painted as fundamentalists and separatists.

Also read: Why Secularism is in Crisis Today

In contrast, the cohort of liberal Hindus allows Muslims a lot of leeway on culture and aesthetics. They often are eager participants themselves in what is seen as ‘Muslim culture’ – they revel in Urdu poetry, swear by ghazals and qawwalis and relish ‘Muslim food’. This, no doubt, makes them feel very cosmopolitan and self-satisfied about their open-mindedness. They often find themselves lecturing right-wing Hindus on the virtues of tolerance and secularism.

But Muslim identity is more than cultural markers; more than Urdu, Mughal architecture and Muslim food. Muslim identity also has an ideological part – a set of beliefs and worldviews. Some of these beliefs might be at odds with the beliefs of Hindu liberals, but being ‘tolerant’ does not mean being tolerant of the construct of the acceptable Muslim in your head. It means being tolerant of actual Muslims out there, with all their diverse beliefs and lifestyles.

Particularly for liberal Hindus, being tolerant does not merely mean being comfortable with your upper-middle-class Muslim friends. It means being comfortable with the masses of ‘other’ Muslims who live in slums and ghettoes, with their veils and beards and green flags, who provoke your discomfort, if not suspicion.

This is not an argument that Islam or Muslims should be especially shielded from criticism. (Nor is this a sweeping criticism of all Hindu liberals, many of whom readily came to Rashid’s defence.) Any religion can legitimately be the subject of criticism, and of advocacy for the rights of marginalised sub-groups. What ought not to pass off as legitimate criticism, though, is reproducing the same prejudices and biases that drive horrific anti-Muslim violence.

Many liberal commentators believe that the way to counter Hindutva is to ‘balance’ their criticisms of Hindutva with criticism of Indian Muslims. They seem to believe that this embellishes their claim to objectivity. ‘Both sides are at fault’, they say, in a discernible echo of President Donald Trump.

But the project of Hindutva necessitates the demonisation of Muslims. In buying into the same right-wing assumptions on the essential extremism of Muslims, liberals don’t counter Hindutva, they become complicit in it.

In the US, it would be unthinkable for a mainstream commentator to suggest that Jews are partly responsible for the rise of anti-Semitism. It would be a sackable offence to lecture Jews on how to assert their Jewish identity or how to celebrate their Jewish faith.

In this country, though, with its far more intense and systemic problem of violence against minorities, these opinions still pass off as legitimate criticism. Or even worse, as courageous contrarian takes.