Men, women and children responded with a full throated 'Sat sriakal' to a call of 'Bole so nihaal'. And suddenly, Sikhs, Hindus and Muslims were united not by similar trauma but by a sense of oneness. 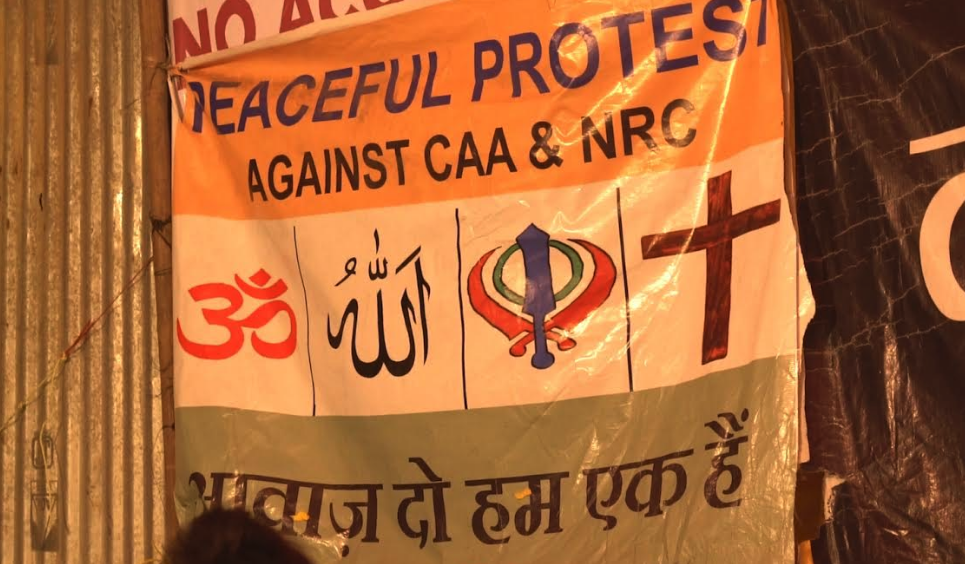 New Delhi: Ever since the Modi government pushed the Citizenship (Amendment) Act through parliament, slogans of ‘inquilab zindabaad’ and those seeking azaadi from faashiwaad (fascism) and pitrasatta (patriarchy) have been raised at Shaheen Bagh every night.

Last Sunday, on the 30th day of the protest, something different happened.

A multi-faith prayer was held on the patch of road that the protesting women of Shaheen Bagh have occupied in defiance of a government move that they say is aimed at rendering lakhs of Indians, and especially Muslims, stateless.

Sikhs did their kirtan, Muslims offered namaz and Hindus performed a havan, all at the same time, to say that the protest against the CAA and the impending National Register of Citizens is not a religious one at all.

The presence of members of other religions in a protest organised by residents of a Muslim neighbourhood matters. It shows that it is not Muslims alone who are opposed to the CAA and NRC. It is a protest by citizens of India against a discriminatory law that makes the acquisition of citizenship a function of religion for the first time in Indian history and which, by excluding Islam from the list of acceptable religions, questions the national identity of the country’s Muslim minority. On day 28 of the protest, two days before the multi-faith prayers were held, a young boy recording the speech of a Sikh student from Punjabi University, Patiala (PU) on his iPhone, screamed “Bole so nihaal” with long drawn emphasis on the words.

The entire gathering of women and children responded with a loud “Sat sriakal,” some even raising their fists in the air.

‘Bole so nihal’ is a shout of victory raised by Sikhs and many Punjabis across the world. It was coined by the tenth Sikh guru, Gobind Singh. It means whoever utters (the following phrase), shall be happy and fulfilled.

The utterance of a Sikh jaikara at Shaheen Bagh also dilutes the claim that the identity of those protesting the CAA can be established by their “clothes.”

The boy who raised this jaikara was not a part of the group of students from PU who had traveled from Patiala in solidarity with the protesting women, children and men of Shaheen Bagh. He was filled with passion, I assume, after listening to the speeches of Beant Singh and Jaspreet Kaur, the two PU students.

Jaspreet Kaur, a PhD student and a member of the Democratic Student Organisation said that minorities in India have always been viewed as secondary citizens of the country.

“In 1984, Punjab’s political demands were turned and twisted by the government of the day to carve out a narrative against Sikhs. This was followed by hundreds of fake encounters of Sikh men carried out by the state. Today, Indian Muslims are a target of the state. The amendments to the Citizenship Act, which will be followed by a nationwide NRC, is a clever move by the state to render lakhs of Muslims stateless. This is another round of institutionalised discrimination against a minority community in this country. We must stand with Indian Muslims today,” said Jaspreet.

Her speech brought home another point – that the fight is not between Hindus or Muslims or Hindus or Sikhs or Sikhs and Muslims as those in power would like it to be – but has always been against the state, which sees religious identities as a mere tool to advance its own agenda.

Beant Singh, a research scholar at Punjabi University, said that Prime Minister Narendra Modi’s words ‘kapdo se pehchaano’ – indicating that anti-CAA protesters are Muslim and can be identified by their clothing – reminds him of the brutal hunting down of men wearing turbans and beards in Delhi and later during encounters in Punjab.

“What the PM said recently is nothing but the same thing that happened with Sikhs,” he said.

Most Sikhs today are in solidarity with Muslims. They are actively opposed to the manner in which Muslims are being targeted. This is because they are reminded of how their own community was once targeted. But the presence of  Sikhs in solidarity with Indian Muslims today is not just about having “shared the same wounds”. It is also about using a very personal religious identity to say that religion doesn’t teach injustice, that they cannot allow injustice in the name of their faith.

So at Shaheen Bagh, Hindus, Sikhs and Christians are standing against injustice. They are saying that they won’t allow the targeting of Indian Muslims in the name of their religion.