Why Secularism is in Crisis Today

There is need to secularise secularism in India. This we can best do by interpreting it as a companion concept of democracy. 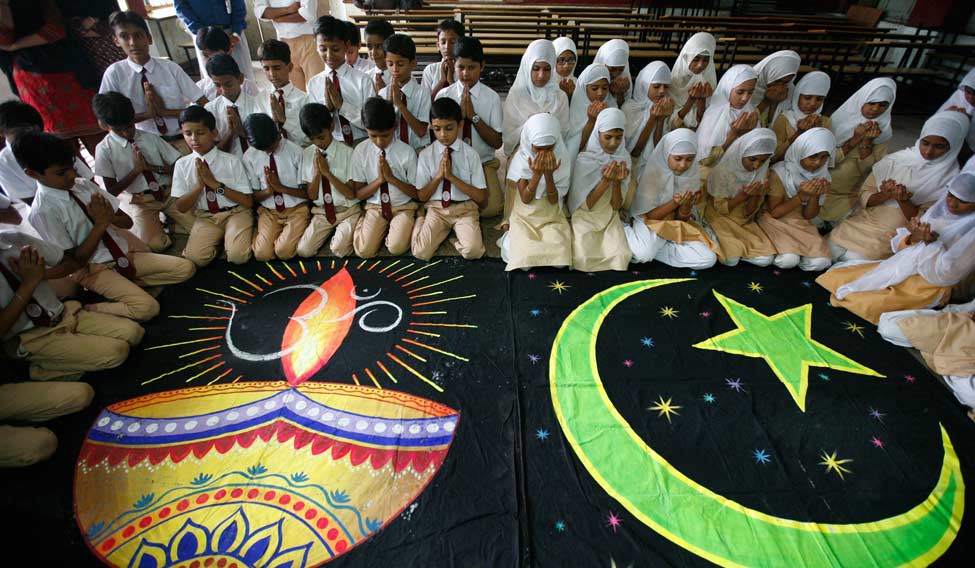 For a collective which consists of diversities, secularism is a must. Photo: Reuters

How do people who belong to different religious persuasions, speak different languages and hold different conceptions of the ‘good’ live together in a plural society with some degree of civility? This question has tracked the heels of political thinkers in India since the beginning of the 20th century. We have still not found an answer, because the empirical proposition that India is plural does not automatically lead to the proposition that plurality is of value. The two have to be connected.

We can think of at least three reasons why civil coexistence is of value. One, citizens who have neither broken a law nor harmed someone have been in contemporary India subjected to brutality because their community has been stigmatised or typed as the ‘other’. Unless a society learns to respect different religions, their members will always be vulnerable to acts that maim and kill. Two, individuals are social beings and realise sociability through membership of different associations. Undeniably, however, the community we are born into shapes our personalities in significant but different ways. It is from here we learn the first alphabet of a language that enables us to make sense of ourselves and of our relationships with others. Communities are of value. Three, pluralism is valuable because a monocultural society is soulless and bare. Stripped of the excitement of learning new languages, acquaintance with new values, familiarity with new cuisines, literature, music, art, sculpture and ways of conceiving the world, monochromatic societies are dull, predictable and tedious. Where would Bollywood music be without Urdu, the language of love and longing? Life in a plural society promises adventures and novel ways of understanding ourselves.

Therefore, the gap between the two propositions on pluralism has to be closed. What concept other than secularism can bridge the chasm? In India, today, secularism seems to has vanished from the political scene. Whatever remains of the concept is subjected to contemptuous remarks, some ribaldry and rank dismissal by the religious Right. The marginalisation of secularism is short-sighted, for the binary opposite of the concept is majoritarianism at best, and theocracy at worst.

At the same time, we need to recognise that secularism is in crisis because it has been overburdened. Secularism is not robust like democracy, or justice, it is a thin, limited and procedural concept. In India, this fragile concept has shouldered the onerous task of national integration, and of mandating the need for a uniform civil code, bearing responsibility for the eradication of the caste system, and standing in for democracy. Unable to bear the weight of too many political projects and ambitions, it is bound to implode.

Yet, moments of crisis prove productive because they propel reconsideration of a concept, and rescue it from its enemies and friends. We have to put concepts in their place. Secularism is not a standalone concept. In modern Europe, it rode to prominence on the shoulders of the secularisation of society or the privatisation of religion. In India, secularism was adopted against the background of, and had to coexist with, politicised religion, sometimes uneasily sometimes not so uneasily.

Every story has a beginning, even if the end is left to the vicissitudes of history. The politicisation of religion in India was initiated in the 19th century. The colonial power set out to control not only the political and the economic destiny of Indians, but also the way they thought about themselves, the way they interpreted their history and the present, and how they conceived of the future. Towards this end, European Indologists or Orientalists, missionaries, administrative officers of the East India Company, and intellectuals in prominent European universities, began to investigate the culture and the belief system of a people that were brought under the sway of the British Empire.

Colonial officials seeking to understand a society they planned to control and govern, set about reducing its bewildering complexities to manageable proportions. The first move towards homogenisation was the codification of, to use A.K. Ramanujan’s terminology, ‘context-dependent’ laws into a uniform system. The second legacy of colonialism that continues to profile waves of political mobilisation and strategies till today, is the unification of the plural traditions of Hinduism through the selection of and privileging of religious texts.

The bias in favour of an abstract, intensely metaphysical, and Brahmanical version of the religion is clear in the selection, translation and privileging of texts that were considered representative of Hinduism by Orientalists. The problem is that these texts were abstracted from the social context, as well as from internal debates and discussion. Colonialists gave importance to a highly metaphysical tradition within Hinduism and failed to consider and incorporate within the canon critical, rationalist philosophies and oppositional movements – Buddhism, Jainism, Carvaka philosophies for instance.

Public intellectuals and nationalists adopted the Vedantic tradition as the anchor of collective identity, and as public policy. The philosopher Bimal Matilal reminds us that Western scholars were fascinated by the highly speculative metaphysical system that occupied the overlap between religion and philosophy. And Indian intellectuals, after centuries of foreign domination, were looking for an identity that could help them assert themselves. Prominent national leaders sought an escape in the mythical aura of Indian spirituality. As a result, philosophy remained identified with mysticism and was regarded as inseparable from religion.

By the middle of the 19th century, political practices were linked to a regenerated religion, through for example the Ganesh festival in western India. The yoking of religious identity to nation-building projects lent a new edge, and a new assertiveness to the politicisation of religion. By the first two decades of the 20th century, we see the eruption of competitive nationalism, the making of a two-nation theory, and the demand for a state of ones’ own through the use of violence. 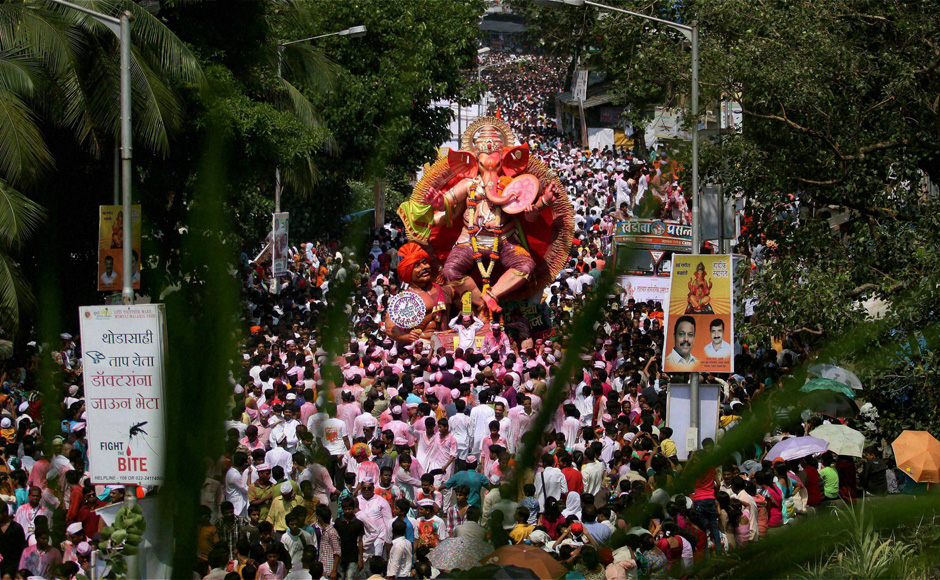 In the shadow of a massive communal riot between Hindus and Muslims in Kanpur in 1931, the Indian National Congress drafted the Karachi Resolution on Fundamental Rights. The declaration emphasised the right to religion, and the freedom to profess and practice any religion. The list of minority rights included the right to cultural autonomy and equal access to educational facilities. On March 31, 1931 M.K Gandhi moving the resolution on fundamental rights in the open session of the Congress at Karachi, argued that though Islamic and Aryan cultures are not mutually exclusive, we must recognise that Mussalmans look upon Islamic culture as distinctive from Aryan. We should therefore cultivate tolerance. Independent India will favour Hinduism no more than Islam, nor Islam more than Hinduism. Let us from now on, he concluded, adopt the principle of state neutrality in our daily affairs.

The deliberations of the constituent assembly, which met in December 1946 to chart out a constitution for an independent India, took place in the shadow of the breakdown of life in large parts of northern, western and eastern India in the middle of 1947. It is surprising that though the term secularism was often used in the pre-independence period, the concept was not spelt out or elaborated as a principle of state policy. Nor did it form part of the preamble to the constitution till 1976, vide the forty-second amendment. On balance, members of the constituent assembly agreed that the preamble to the constitution should not contain any reference to God. Beyond that, no one was quite sure what secularism stood for.

It was in 1961, in a preface to a work on secularism, Dharam Nirpeksh Raj by Raghunath Singh, P.M. Nehru elaborated the concept of secularism. We, he said, call our state a secular state. There is no good Hindi word for secular. Some people think it means opposed to religion. But this, he wrote, this is not the correct notion of secularism. It means a state that honours all faiths equally and gives them equal opportunities; that as a state it does not allow itself to be attached to one faith or religion, which then becomes the state religion. This is a modern conception. In India, we have a long history of toleration, but that’s not all that secularism is about.

Strictly speaking, we do not need to proclaim secularism in order to grant religious freedom. This freedom can emerge from, and form part of Article 19 guaranteeing the fundamental right to liberty. The principle of secularism goes further and establishes equality between all religious groups. The generic right to equality, granted by Article 14 of the fundamental rights chapter, can protect equality among religious communities. Secularism extends beyond equality and freedom. As a companion concept of democracy, secularism extends individual rights to equality to religious communities. Two, the state is not aligned to any religion.

The Supreme Court took up the task of defining secularism in the sense of equality in 1993, in the case of S.R. Bommai vs Union of India. This exercise was in response to the challenge mounted by the counsel, Ram Jethmalani. Secularism, he said, is a vague, ill-defined concept, a vacuous word, a phantom concept that will not bear the weight of the actions undertaken in its name.

The set of judgements in the Bommai case ruled that secularism is part of the basic structure of the constitution and cannot be amended, that it is derived from the Hindu principle of tolerance Sarva Dharma Sambhava ensuring the equality of religions, that no religion will be at risk in a secular India because the government should not be aligned to religion, and finally that there is an essential connection between secularism and democracy.

Bhikhu Parekh has argued that commitment to the principle of Sarva Dharma Sambhava is inappropriate for two reasons. One the Hindu belief that all religions are inherently partial and limited, is not shared by every religion. Two, different religions entertain different conceptions and also different concepts of God, and some even dispense with the notion of God. There is need to secularise secularism in India. This we can best do by interpreting it as a companion concept of democracy. This does not mean that that secularism can be collapsed into democracy. Democrats have the responsibility of reorganising vertically unequal, and unjust communities on the norm of freedom, equality, rights and justice. The principle of secularism is intended to ensure equality between religious communities. Together these companion concepts assure Indians justice.