Why does alleged “disrespect” for imagined figures like Padmawati and Manikarnika bring more crowds on the streets than the rape and murder of a child? 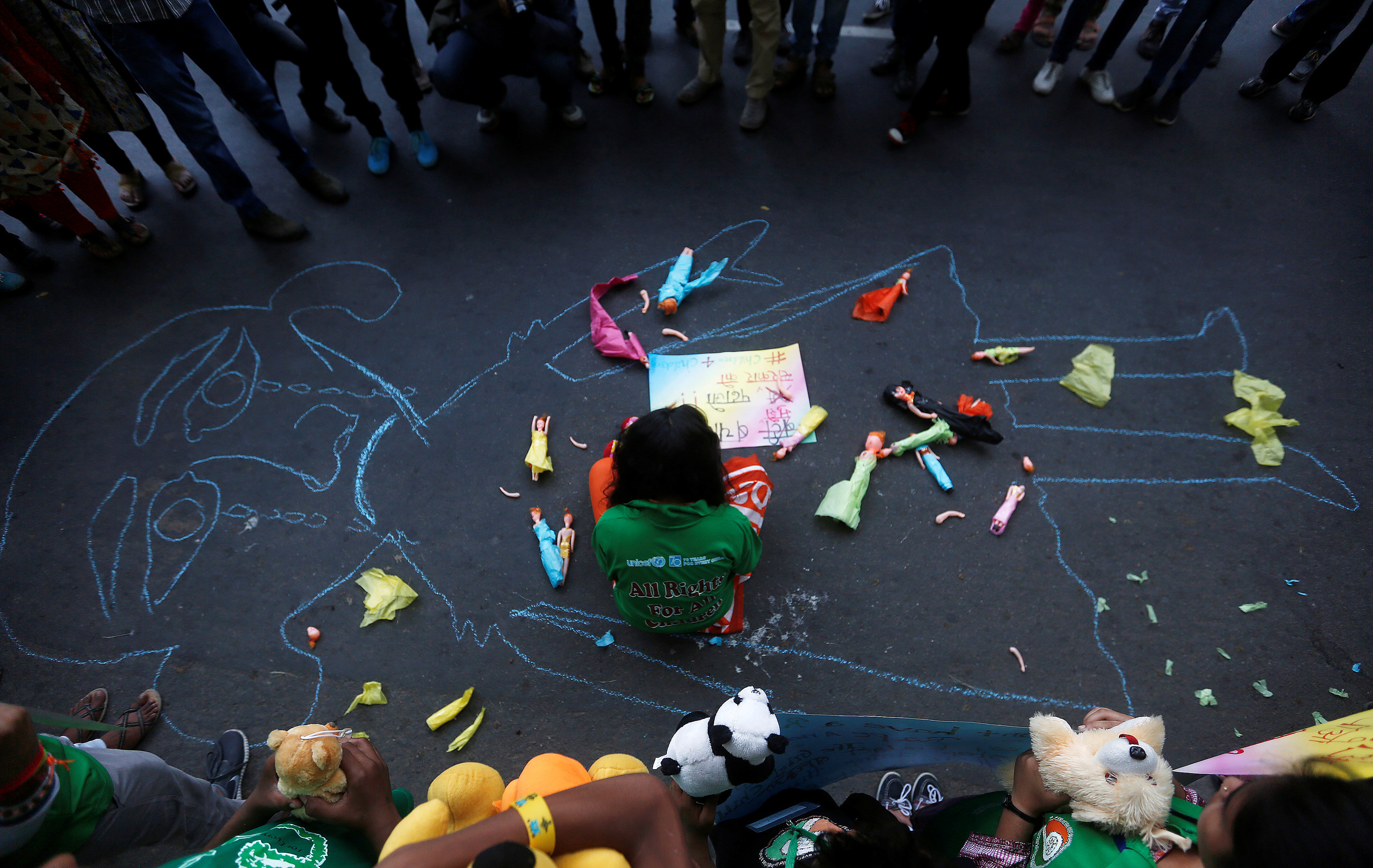 A child takes part in a protest against the rape of an eight-year-old girl, in Kathua, near Jammu and a teenager in Unnao, Uttar Pradesh state, in New Delhi, India April 15, 2018. Credit: Reuters/Adnan Abidi 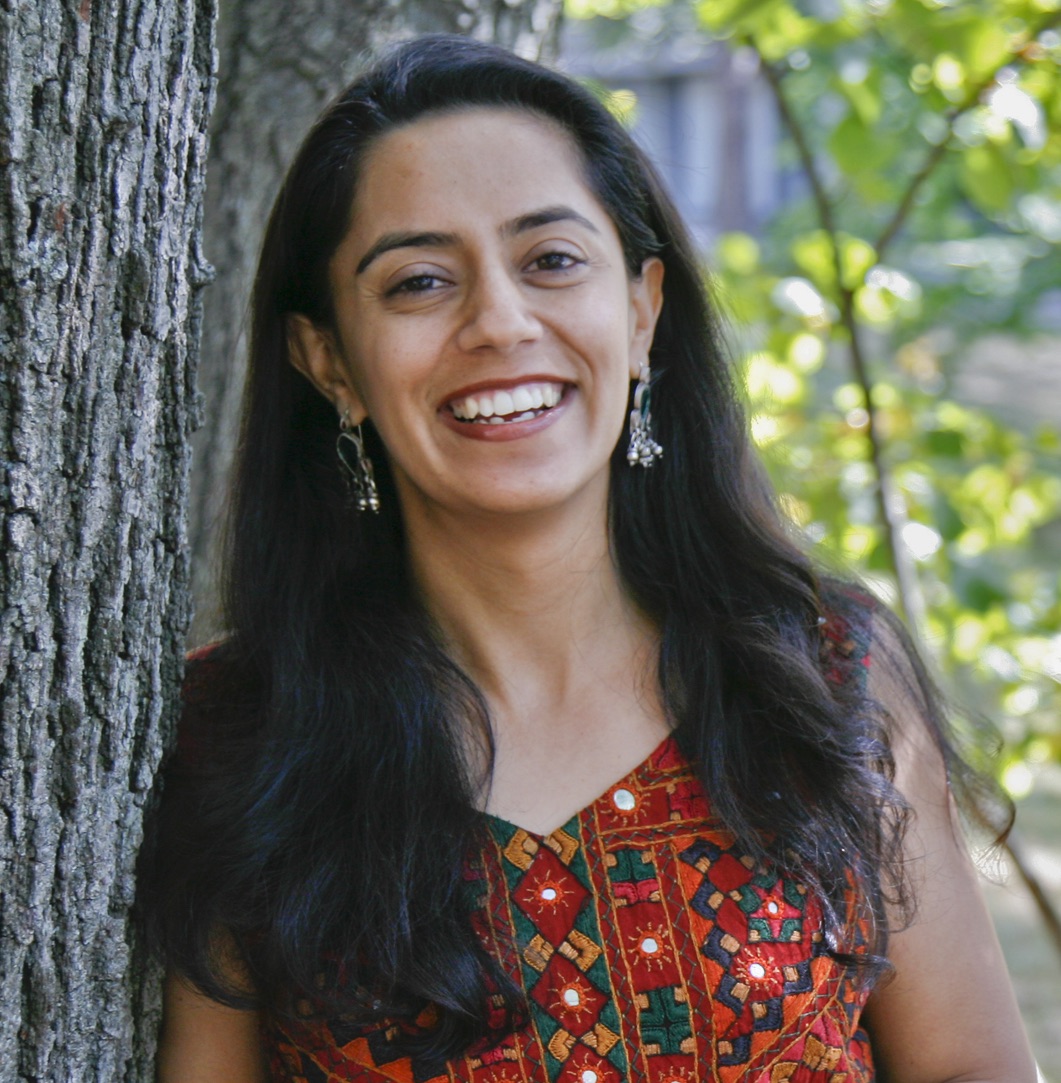 (Grow up to being neither a Hindu nor a Muslim. Born of a human, grow up to be a human being)

In 1959, Sahir Ludhianvi wrote these lyrics for the Hindi film Dhool Ka Phool, and every line in the song resonates today with the brutal murder of the eight-year-old girl in Kathua, Jammu. Carrying the memory of Partition, this song about an illegitimate Hindu child brought up by a Muslim man was also a plea to humanity: a child is a child, just that. At the core of Ludhianvi’s poem was his belief in our shared compassion that should have convulsed in grief to hear a mother describe the wounds of her eight-year-old daughter, battered legs, bruised arms, blackened nails; the unbearable pain of her “chirping bird” before her broken, brutalised body was abandoned in the woods by vile men.

Dead women, raped girls, women brutalised by their own families and by their own communities. These categories seem to circle back to India, to us, again and again. Whether it is the course of history, the momentum of religion, the pressures of modern living, or the enduring, insidious legacies of patriarchy, the bodies of dead women and children litter our narratives. We have become so immured to these deaths that we search instead for the motives of the victims, the truth of the stories, the ulterior purposes of the families that seek justice. How else can we explain our delving into the base political wrangling of one religion against another when a dead child lies at the heart of it all?

(God made each one of us a human being/it is we who divided ourselves into Hindus and Muslima/ Nature had bestowed one earth on us, but we created an India somewhere, and an Iran elsewhere)

News reports have pointed to conflicts over land between the nomadic Bakarwals and the residents of Kathua. A group of goons prevented the girl’s family from burying her, lest the land be associated forever with Muslims. The larger framework of Kashmir and its conflict of the last two decades, the current political vitriol between different religions, and the deep-rooted hierarchy of class, caste, the landed and the nomadic, has engulfed this particular case. Under fear of reprisal for seeking justice, the dead child’s family has already fled the area with their
belongings and their livestock. Will land and ownership matter after we have raped and killed each other’s children?

(Any religion that espouses hatred is not yours, any step that crushes humanity is not yours)

Protests have broken out over the religious affiliations of the brutalised child and the perpetrators. While many citizens of India have marched in remonstrance against the continued violence faced by girls and women, supporters of the criminals have threatened to immolate themselves and a bloc of lawyers sought to keep the case from being registered. Which religion has taught us to turn a blind eye to injustice? Which religion asks us to ride rough-shod over the lives of the innocent and the weak? Stop using history and religion as an excuse. Who will
speak for religious values when its representatives have become the purveyors of hate? Who will right the wrong when the very custodian of a temple has defiled it? Where will we look for support when women defend men who rape?

(Those who commit crimes against the poor, sell  the country/Make profits from selling shrouds of human beings)

The Bakerwal girl died in January, India woke up to her death in April, and statements from politicians and government officials have overtaken the narrative since then. The focus, of course, has been on those who have had something to say. Where are our pandits, our imams, our granthis, our priests? At the forefront of every imagined affront to their religion, why have these people, why have these men, had nothing to say about the bludgeoning of a child’s head? Hundreds of men took to the streets to protest the alleged “disrespect” accorded historical and imagined figures from India’s past when it came to Padmawati and Manikarnika. Why are there no crowds of
men in the streets now? Where are our religious leaders?

(My child, you will personify the identity of a changed world/You will be the storm that breaks all  barriers/You will symbolise the yearning for peace and reconciliation)

These are the last lines of each stanza from Ludhianvi’s lyrics. Every stanza ends with a hope that the adopted child in the film will break through the bonds of religion and hate, will herald a new age, and will become a symbol of peace and reconciliation. How can any child become anybody when we choose not to have girls? And when we have girls we mistreat them, rape them, and murder them.

We love our films and we love our film songs. Our hearts soar when we hear the strains of the national anthem, we bow our heads when a religious song, albeit of a different religion, wafts across the airwaves. We are not a people who will not help each other. We are now generations of Indians born in independent India. I am not talking of the street, the political forum, or the digital world—I am talking of the polite drawing rooms, the elite hotels, the cosmopolitan camaraderie over drinks and good food. We are educated, well-informed, and well-fed. And yet, we have somehow promised ourselves that only the children in our home need protection.

We can no longer say we were not there, it was not us. If we choose not to speak, we cannot say those who use our religion do not represent us. We are all culpable. We have shamed ourselves.

Many articles have already appeared in the print and digital media that indict India for its failure to protect women. These writers are angry and they have every right to be. And yet, we were angry in 2012 when Jyoti Singh’s life and body were destroyed. We called her Nirbhaya, Amanat, Delhi’s brave heart. I refuse to do so. To call her these names is to elevate her suffering, her pain to a mythical realm. I want us to stay focused on the entrails that were dragged out of her body. Do not remember the rape victim from Kathua as a cherubic young girl. Stay focused on her child’s body that was raped repeatedly, on her head that was smashed by a rock, on her rapist who wanted to rape her one last time.

Harleen Singh is a professor of Literature and Women’s Studies at Brandeis University, US.  She is the author of  a book, ‘The Rani of Jhansi: Gender, History, and Fable in India’, Cambridge University Press, 2014.  She is currently at work on ‘Half an Independence: Women, Violence, and Modern Lives in India’.