Sangita Srivastava had written to the district magistrate saying she was not able to sleep because of the morning azaan. 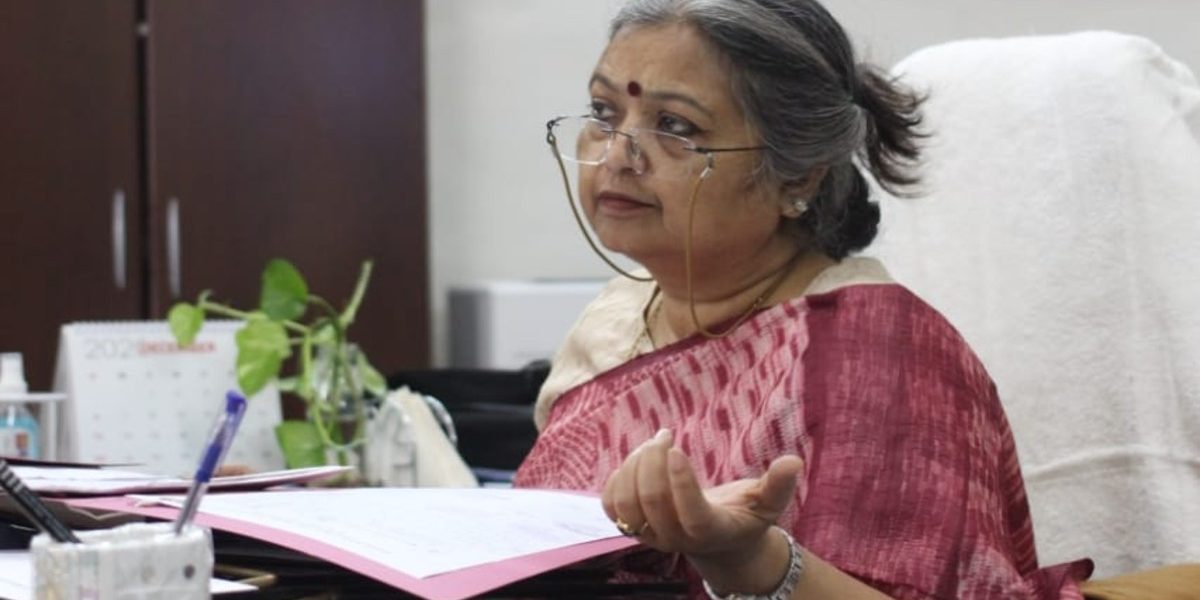 New Delhi: The mosque committee of Lal Mosque, about which Allahabad University vice-chancellor Sangita Srivastava had written a letter on March 3 to the district magistrate of the area complaining about the azaan (Islamic call to prayer), has decided to reduce the volume by 50% and also change the direction of the speaker away from her house. In the letter, she wrote that she is forced to wake up too early every day due to azaan being recited on a loudspeaker and urged DM Bhanu Chandra Goswami to take action. “The sleep [gets] so disturbed [that it] does not resume even after trying very hard,” she wrote in the letter.

“This also results in a headache throughout the day, causing losses in working hours,” the letter read. The VC added that no matter how hard she tries, she cannot sleep again after the disturbance. Claiming that she is not against any religion, she suggested that the azaan can be recited even without a loudspeaker.

Srivastava also complained about the announcement of sehri, the morning meal consumed by Muslims in the month of Ramzan. “This practice also creates a disturbance to other people. The constitution of India envisages a secular and peaceful co-existence of all communities, which needs to be practiced in letter and spirit,” the letter further said.

Srivastava cited an Allahabad high court judgement from 2020 in her letter that said azaan was an essential part of Islam, but not its recitation through the use of loudspeakers. She appealed to the district magistrate to “restore some peace and tranquility” in the minds of people suffering due to the “loud” call for prayer.

She has also sent a copy of this letter to the Allahabad divisional commissioner, the Inspector General of Police and the senior superintendent of police. Prayagraj IG of police Kavindra Pratap Singh told The Wire that action will soon be taken.

“I will be writing to all SP’s, telling them that without permission there should not be any public address at religious places.” He added that a meeting will be held to explain this to the concerned parties. “These instructions will be communicated to them and they will be asked to follow them,” he said.

Kalimurrahman, caretaker at Masjid e Noor also known as Lal Masjid, against which the VC had written the complaint, told The Wire that they have now reduced the volume of the speaker by 50% and also changed the direction of the speaker facing her house and tilted it towards the road. “The issue could have been solved amicably even if she had come to us once,” he said. He also told The Wire that her house is almost 400 metres away from the mosque.

The Wire tried to contact the Allahabad University VC for a comment but she was unavailable owing to a “family function”, her office said.