Built as "an oasis for people fleeing war and persecution," Amanati Masjid continues to spread its secular ethos. 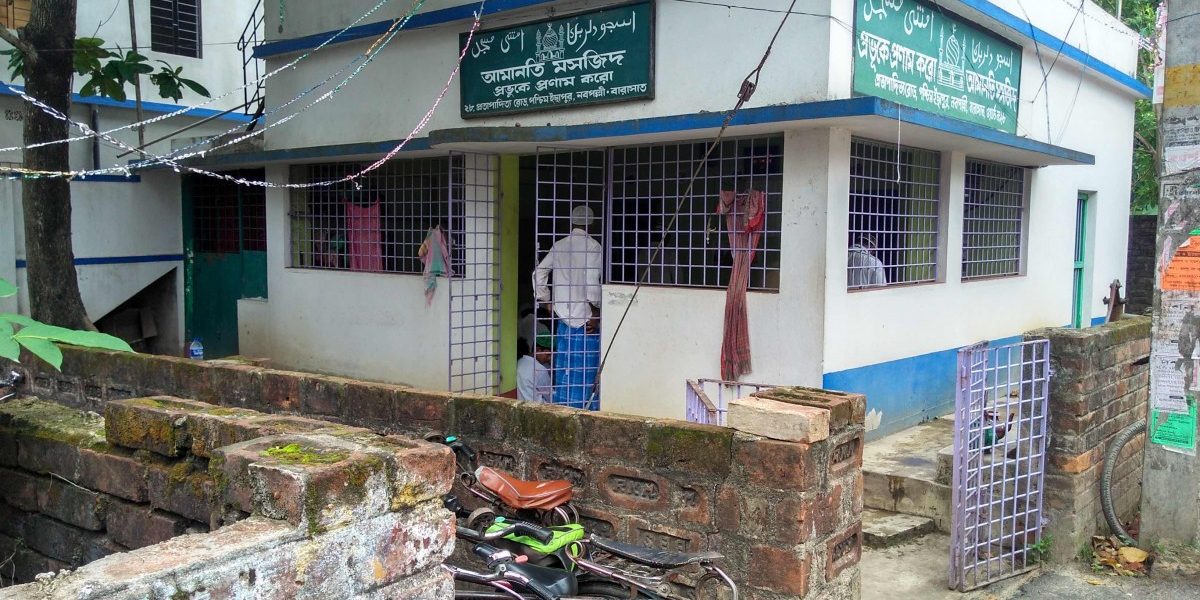 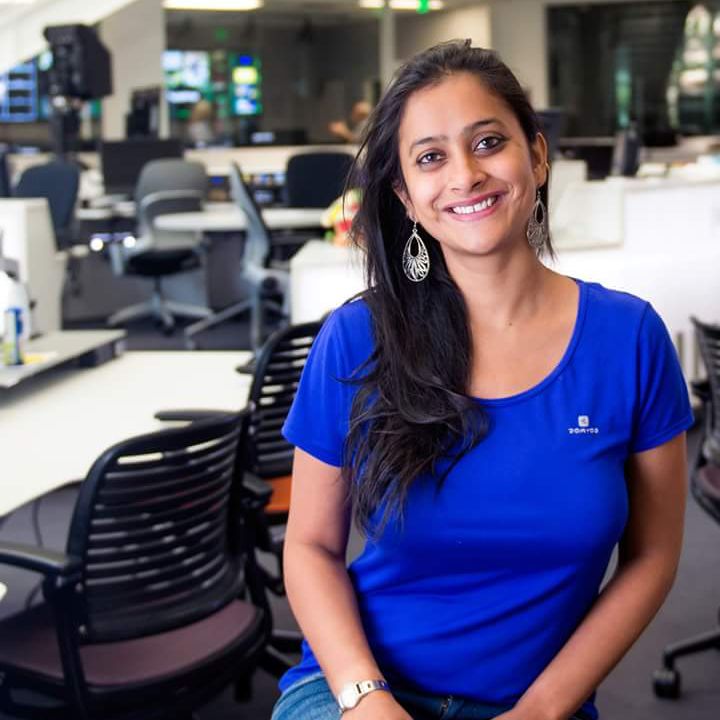 You wouldn’t blame yourself if you walked past the diminutive Amanati Masjid in Barasat, some 25 kilometres north of Kolkata, without as much as a fleeting glance. Sandwiched between an idol makers’ workshop and a hardware garage, the single-storied structure with a corrugated tin roof appears to be an ubiquitous place of worship in Kolkata’s suburbs.

But if you noticed the white lettering emblazoned across a freshly-painted board above the main entrance, you would pause. “Probhu ke Pronam Karo” (Pray to the Almighty) – at a mosque? “Probhu” is generally used in churches, and “Pronam” at temples in Bengal, urging devotees to offer their prayers. But here at Amanati, believers of many hues – Hindus, Muslims and Christians congregate. Not only is the mosque a microcosm of multiculturalism, it also has an unusual story.

Amanati – which literally translates as ‘left in trust’ is the only mosque run by a Hindu family that migrated to India from Bangladesh in 1964. “This is my identity. I wouldn’t trade it for anything in the world,” says 67-year-old Dipak Basu, hunkering down on a prayer mat.

Basu, a small-time kerosene dealer, believes the mosque is a testament to his belief in religious tolerance. The faithful are asked to keep their religious and political beliefs aside prior to setting foot on its leafy compound. “I have the same zeal as my father and elder brothers. They wanted to create an oasis of faith for all believers. It is our family’s pride,” he says. 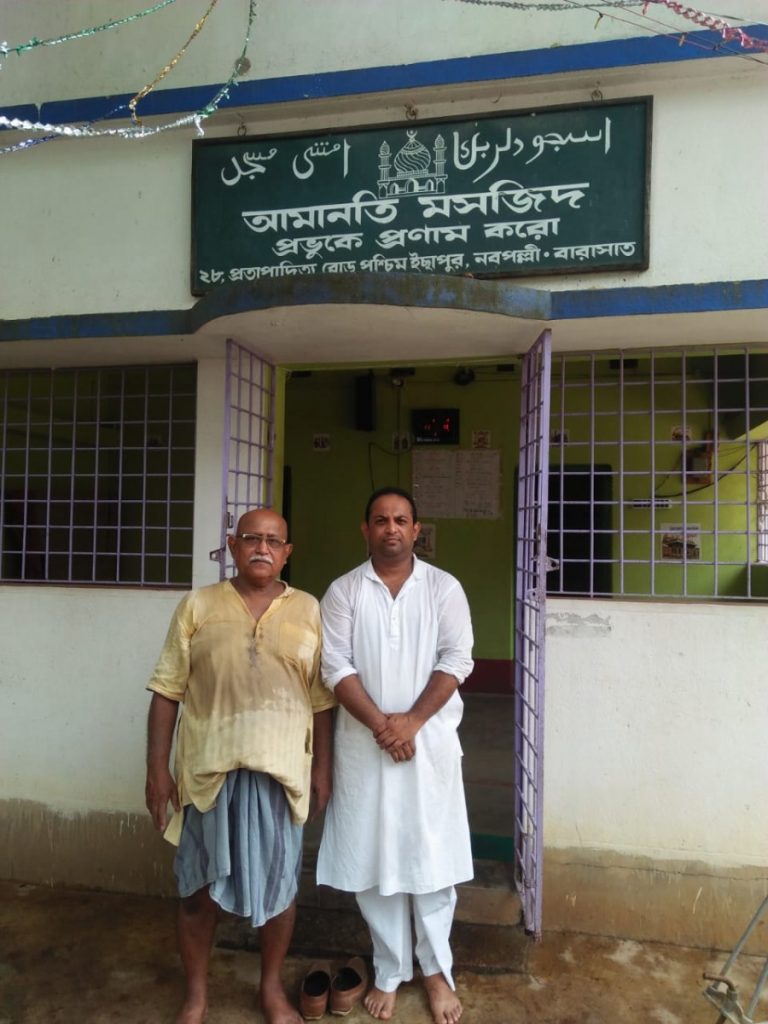 Back in 1964 during the religious riots in Bangladesh, the Basus swapped their property in Khulna district with a house owned by a Barasat-based Muslim family. “The property we got in exchange included the 500-year-old mosque in a ramshackle state. Some neighbours told us to tear it down because we are Hindus.”

But things took another turn when Basu’s mother lit a candle on the verandah outside the mosque’s eastern wall. “My mother felt an immediate connection with it, and insisted we should create a place of worship for everyone. Amid communal riots, this could be an oasis for people fleeing war and persecution,” says Basu.

So, the family in memory of Pir Amanat Shah – a popular eighteenth-century saint from Bangladesh, named the mosque Amanati. The dense orchard in which it was seated was cleared, and its bamboo fencing removed. A tin shade and ritual purification enclosure were constructed.

In a Hindu-majority area, believers from all walks of life started coming in to offer namaz. Raju Bhaskar, a shopkeeper from the nearby Malikapur village, cycles ten kilometres every afternoon to Barasat town. He learnt about the mosque from his 82-year-old grandfather. “Even today, my grandfather has faith in Amanati’s miraculous powers. It cured him of a deadly disease. He comes here every alternate day,” says Bhaskar.

Basu himself was struck by the mosque’s healing power when his son, Partha Sarathi, then just three, recovered from a bout of jaundice after being rolled on its hard-concrete floor. “His health was deteriorating, so we brought him to the mosque and offered our prayers. He improved in three days. It’s all about faith.”

Sarathi, now a 43-year-old real estate agent in Barasat, helps his father clean the mosque every day before sunrise. They lay out the prayer mats, perfume the women’s enclosure and offer namaz. “We follow most Islamic rituals, observe roza during Ramazan and read the Quran.”

During Eid, the boisterous owner hosts a feast of biryani and goat curry outside the mosque, inviting over 200 followers to join in the celebration and communal warmth.

Women, too, consider the Pir’s abode their own and not just a place for Muslim men.

Mary Rozario, an elocution teacher from Chandannagar town, visits the mosque every month with her family. “This place has a halo of spirituality like no other. I sometimes miss my Sunday mass to come here. I only wish it could accommodate more women.” 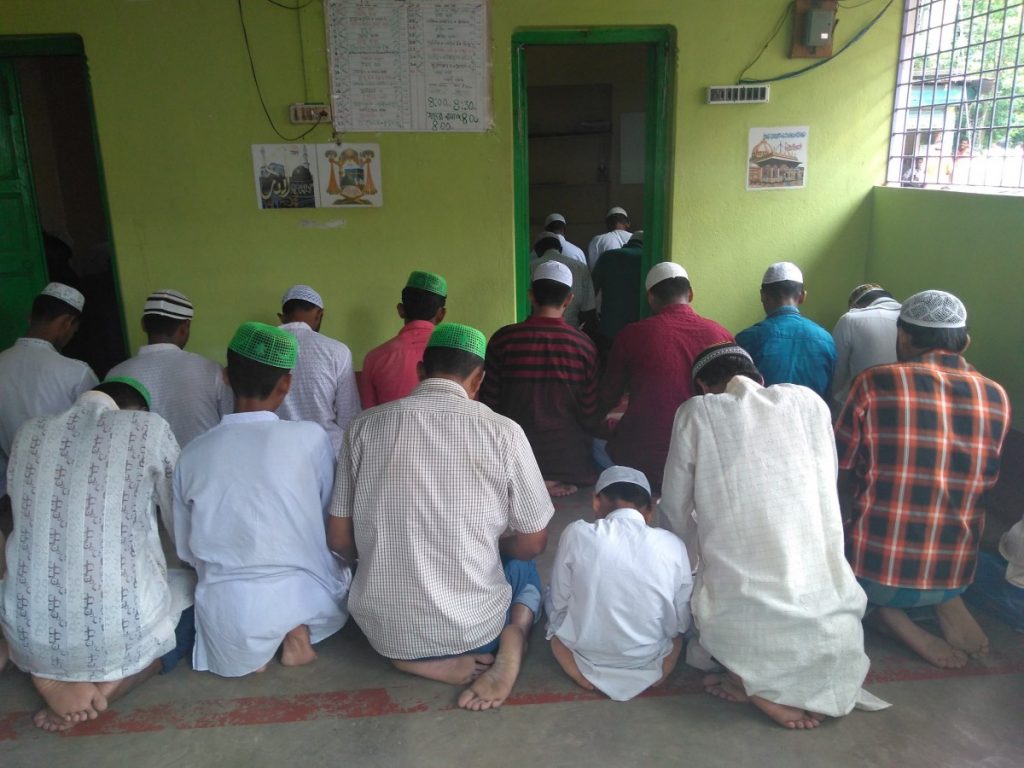 Echoing Rozario’s view, Sarathi too wants to build a more expansive space for believers. This year, he plans to fortify the 2,500 square feet area with six pillars, a dome symbolising the vault of heaven and an embellished space for women. “There won’t be any religious symbolism in the restructuring. This place started as one that broke stereotypes. It will continue to do so.”

The imam of Amanati mosque, Akhtar Ali, also believes breaking stereotypes in a polarised world is the way forward for all religious institutions. After taking charge in 1992, not only has he engineered religious mutuality within the mosque’s precincts but has even worked with the Basus to suppress polarising forces. “We sometimes get harassing calls from right-wingers. Our task is to remind everyone that communal flare-ups are the result of divisive politics.” 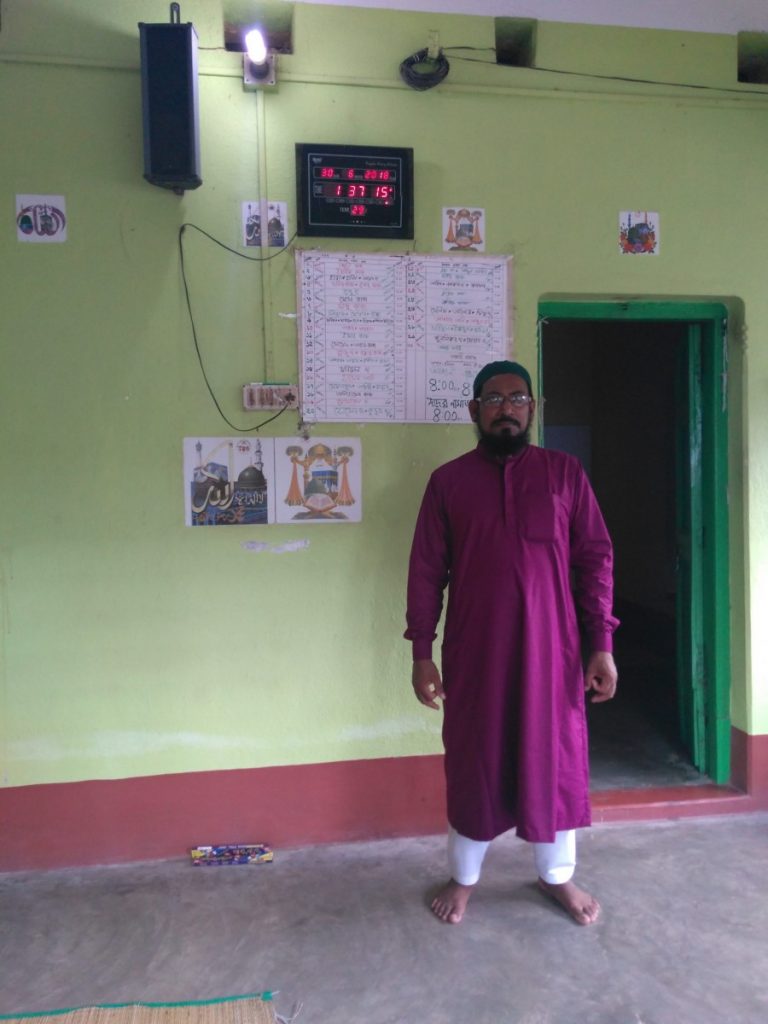 The only time when the secular flavour of the mosque came under threat was during the Babri Masjid demolition in 1992. Sarathi recalls how certain fundamentalists threatened to shut down the mosque and labelled the family pseudo-Hindus.

When the wave of fear passed, Basu resolved not to relinquish ownership of the mosque to any Muslim committee, nor cave into the Hindu fundamentalist threat. He got support from his secular brethren who rallied around him.

Abdul Haji, a 61-year-old tailor from a neighbouring village, remembers how representatives from different communities got together to pass on the message of peace. “Everywhere the atmosphere was tense, but among us, there was communal harmony. It was as if the mosque kept us together.”

But the intimidations haven’t gone away. Mina Bose, a 25-year-old medic from West Ichapur district, recounts how she was threatened by neighbourhood goons on two occasions. “I like this place for its secular ethos and community feel. But who would make bigoted people understand this? I’ve been stalked, and I keep getting threat calls.”

But Basu himself doesn’t care about bigots so long as they don’t disrespect Islamic rituals within the precincts of the mosque. “This is my Kohinoor, and I will not tolerate any form of disrespect. The generosity in my faith has allowed me to reach out to everyone. I will continue to do so.”

Priyadarshini Sen is an independent journalist based in New Delhi. She writes for various India and US-based media outlets.