Between a responsible media and the absence of an official narrative, the ‘miracle’ was very quickly demystified. 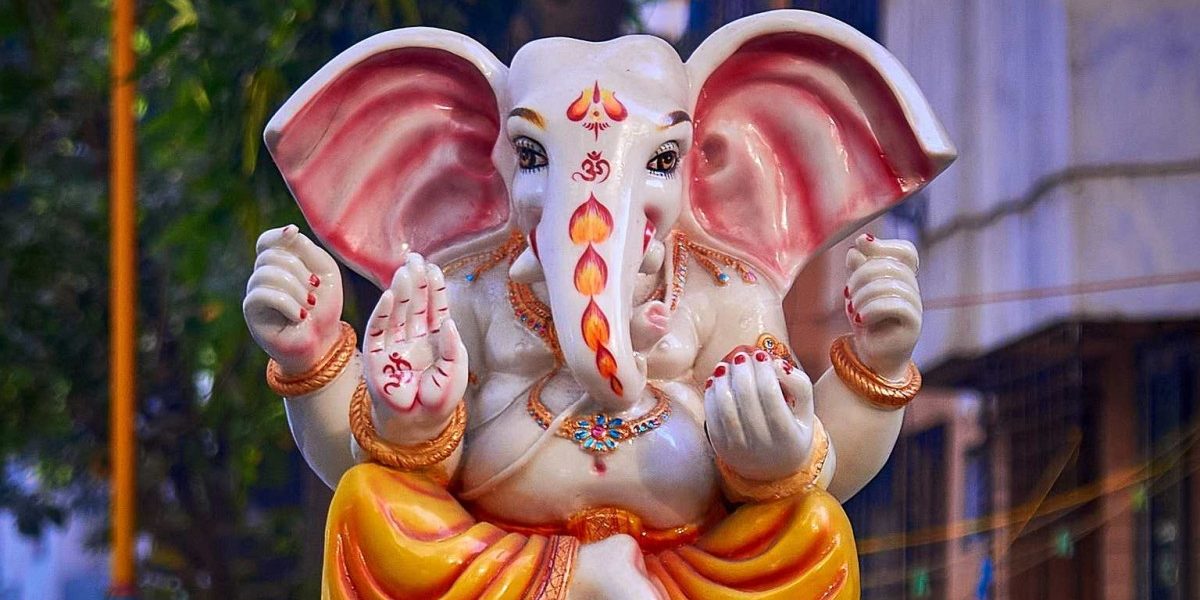 On September 21, 1995, exactly a quarter century ago today, Ganesh idols all over the world began drinking milk offered by their devotees.

In Nepal, King Birendra was thrilled by the experience. In India, Vishwa Hindu Parishad (VHP) leaders and the people in their ashrams and temples hailed it as the arrival of Shiv Shakti (divine energy). In many places, schools and colleges closed. Offices reported low attendance. Markets downed shutters. The Independent (UK) reported that soldiers in Punjab stopped ‘manoeuvres’. The Delhi and Bombay stock markets closed. There was a sudden shortage of milk because of which the idols in many places were forced to drink liquid made from milk powder.

There was mass hysteria.

India’s best miracle story had made its mark.

On this day 25 years ago, families in middle class colonies all over urban India began rushing to the neighbourhood Ganesh temples from the early hours of the morning. A survey carried by the Times of India the following day said 55% of the Mumbai population, 63% of Delhi’s population and 67% of the population of Calcutta (not officially Kolkata as yet) believed in the milk drinking miracle. Morning walkers and those returning from milk booths brought home the story. Those who had fed the Ganesh idols with milk came back with a sense of fulfilment. ‘You move the spoon to the God’s mouth and tilt it gently. Milk slowly disappears,’ they said. For the devotee, it was a moment of truth. God exists and is right in front of you. This prompted others to try and experience the divine bliss. The old and ailing were carried to the temples to perform the ritual.

Yet, the mood was not celebratory. It was eerie. There was a sense of anxiety and unease. The faithful believed this unusual phenomenon was the sign of a bigger divine intervention. But how long would it last? VHP leader Acharya Giriraj Kishore sent faxes to media offices, saying it heralded a new era for Hinduism. Temple pundits warned that the Shiv Shakti would subjugate those who denigrated idol worship. Some predicted the miracle marked the beginning of the arrival of a new avatar to re-order dharma. A famous ‘godman’ from Bangalore warned that the Shiv Shakti could become more potent. As the day advanced, the emotionally disturbed faithful held collective prayer recitations and lit diyas at home.

Towards evening, however, the atmosphere began to change. Scientists and rationalists had explanations for the miracle. The first to demystify it was T. Jayaraman of the Institute of Mathematical Studies. He showed that the phenomenon was a play of surface tension and capillary action. Scientists from the Council of Scientific and Industrial Research were invited by TV news channels to explain with visuals how the siphon theory worked. The Union technology minister at the time directed a senior scientist to study the phenomenon. Indian Rationalist Association president Sanal Edamaruku showed close-ups of idols to explain how milk coated the idol, collected at the pedestal and flowed into the gutter. Another scientist said idols made of Mahabalipuram stone accepted milk more easily than those made of Orissa stone. India Today quoted psychologist Udayan Patel: “The point at which the milk disappeared is the point when the mind ceased to function.”

The devotees, however, could not see the milk coating the idol; it was hidden beneath the garlands and flowers.

The milk miracle had another seminal subtext. It highlighted the exemplary manner in which the contemporary media handled the sensitive situation. There was a sense of balance and utmost social responsibility. Even Zee News emphasised the science behind the phenomenon. Unlike today, departmental scientists enjoyed academic freedom and the media believed restraint and reason were virtues. Media owners and editors were free from Enforcement Directorate raids and arm-twisting by the Prime Minister’s Office. The absence of an official narrative enabled the contemporary media to present the diverse dimensions of the miracle.

Meanwhile, the Hindutva project encountered challenges from its own ranks. India Today quoted Umesh Bhat, a priest for 20 years at a famous South Mumbai Ganapati temple: “It did not happen with my temple’s idol. But when people came, I could not lock the temple.”

Mohandas Malya, trustee of central Mumbai’s Siddhivinayak temple, said: “The deity refused to take milk after 12.30 noon.” The idol at the popular Ganapati temple at Tilwada, 100 km from Mumbai, was even less cooperative.

For this, the VHP sadhus had an explanation: the deities were expressing ire at the local nastiks (atheists; in this case, unbelievers).

A Ganesh image at the Delhi Stock Exchange refused to drink the milk offered by the bulls and bears. The Ganesh idol at the shrine behind Pearey Lal Bhawan on Bahadur Shah Zafar Marg drank fruit and sugarcane juice as easily as milk. A week later, on September 27, The Statesman reported that a statue of the Virgin Mary in Singapore had also accepted milk. A September 28 report from Mumbai in the Indian Express said some people had protested when locals offered alcohol to a Gandhi statue, which it had quickly sipped. By the time Bahujan Samaj Party workers in Uttar Pradesh’s Basti district began feeding milk to statues of Ambedkar and Buddha, it was clear that a counter narrative had also been in the works. Thus within a week, what had started as a godly miracle ended up as a tamasha.

Chandraswami, the ‘godman’ who was then embroiled in CBI cases, tried to stake a claim on the milk miracle. From his Delhi ashram, he told the UNI: “This is only the beginning of the godly miracles.” But few took him seriously. In a study published in the Economic and Political Weekly (there were a dozen surveys and studies), Mina Swaminathan found that only the RSS parivar had the capability to undertake such an operation with precision. Sitaram Kesri, a minister in the then Narasimha Rao government, quoted internal reports to say that a temple in Jhandewalan Park near the RSS headquarters in Delhi was the epicentre of the miracle. He said it was a BJP ploy to gain votes in the ensuing Lok Sabha elections by spreading false rumours.

The Hindutva version, as narrated by Hinduism Today, talked of a midnight dream by a Delhi man that Ganeshji was feeling thirsty. He woke up the pujari of the Jhandewalan temple and the miracle happened. A pujari at the nearby Birla Mandir alerted the neighbours when he heard the temple bells ringing past midnight.

Now the famous parivar networks took over the operation. Telephone calls began crisscrossing the world. On October 1, the Indian Express said that an NRI (non-resident Indian) in the US had received six calls in a row from India on that day.

How was it that the temples in America and Canada were the first to experience the milk drinking miracle? Many Indians said they had heard of it first from their NRI friends and relatives. This was because by 3 am IST, their relatives in the US and Canada were about to open their temples for the evening rites. Thus NRI devotees began the feeding three hours before their Indian brethren did. The RSS parivar used their network called ‘Overseas Friends of BJP’, a registered outfit. Many of the Haridwar and Rishikesh ashrams are associated with the VHP and also have a large number of devotees abroad. They played a major role in quickly disseminating the spectacle across the globe.

Unfortunately for the parivar, the milk drinking gambit was a flop. It had been designed as a foundational atmospheric to consolidate the Hindu faith – like the Ramayana and Mahabharat TV serials of the mid-1980s, the Ayodhya agitation and the Shah Bano case. They had hoped the miracle would leave a lasting imprint on the Hindu psyche. VHP leaders like V.H. Dalmia and Giriraj Kishore wanted it to be an annual ritual as part of the Ganesh Chaturthi celebrations. The suggestion was to observe a fast on September 21 and light diyas in temples and homes. However, when wayside statues were also widely acknowledged to be drinking milk, the Shiv Shakti halo lost much of its shine.

The leaders of the BJP were also cool to the VHP project.  They did not find it a useful election plank. The BJP was already confident of a victory by whipping up corruption charges against the Narasimha Rao government. But Project Vajpayee envisaged the support of secular parties as allies if the BJP fell short of a majority after the 1996 elections. This necessitated soft-pedalling the Hindutva agenda. That was why Atal Bihari Vajpayee and L.K. Advani avoided commenting on the milk miracle. Murli Manohar Joshi said that as a physicist, he attributed it to capillary action. Bal Thackeray called it a ‘hoax’.

And thus the grand Hindutva project fell flat. After 1995, three more milk miracles were reported – in August 2006, January 2008 and September 2010. In March 2017, a Hanuman idol at Meerganj in Allahabad began shedding tears, which led to frightening predictions. But then the tears were found to be due to the presence of mercurial acid in the vermillion used on the idol.

P. Raman is a political analyst.