Sadiq's message on inter-faith harmony and work to promote good public education will be deeply missed. 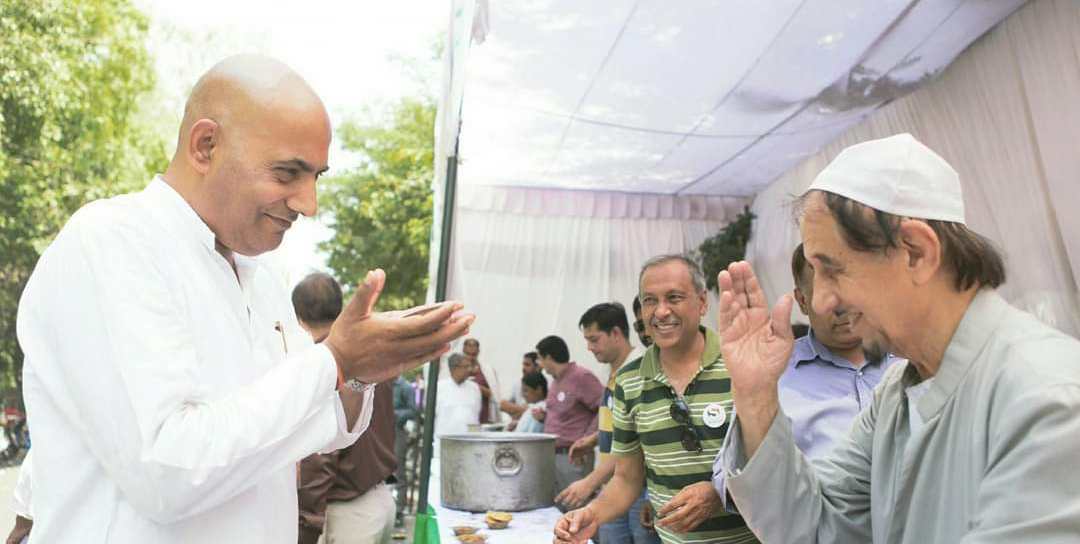 The city of Lucknow witnessed a sea of mourners converging in the roads of the heritage zone. People from different sects and religions assembled to bid a last adieu to their revered “Janab or Doc Sahab/Hakeem Ummat”, as Dr Kalbe Sadiq was fondly called by Lucknowites. Education, health and inter-religious harmony – his three core issues – were clearly visible in his final journey, as he united everyone again at Lucknow’s iconic.

A Sunni scholar, Maulana Fazle Mannan, led the final prayers. Shias, Sunnis and others joined him and propagated the message of inter-faith harmony. The presence of Mahant Devyagri, Swami Sarang and other religious leaders added value to this universal message.

Sadiq, who was a renowned Islamic scholar, orator, social reformer, thinker, educationist and a champion of communal harmony between Hindus and Muslims and Shias and Sunnis, breathed his last at Lucknow’s Era Hospital on November 24 night, after battling colorectal cancer for three years. 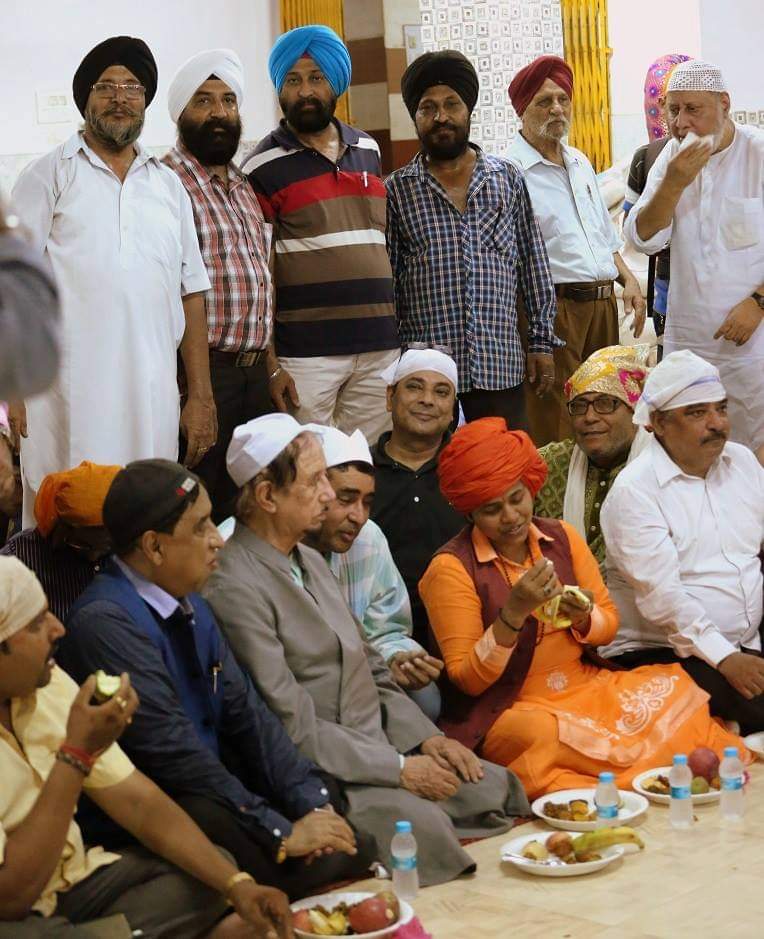 Hailing from one of the most prominent families of Islamic scholars, known as Khandane Ijtihad, among Indian Shias, Sadiq was born in Lucknow in 1939. He completed his early education from the prestigious ‘Sultan ul Madaris’ and then moved to Aligarh Muslim University for further studies and received his doctoral degree from Lucknow University. He served as the vice-president of All India Muslim Personal Law Board.

Sadiq is viewed as a staunch proponent of religious harmony and peaceful coexistence. Although a Shia, he is held in high respect by all Islamic sects and even revered among Hindus. He was a patron of the ‘S2S’ initiative that organised, for the first time, joint Shia-Sunni namaz on Islamic festivals, followed by an all-community Eid milan with sewaiyan served by Sikh sevadars in the presence of Christian and Hindu priests. He also actively participated in the Bada Mangal Bhandara to promote interfaith amity.

Condoling his demise, President Ram Nath Kovind said, “He was known for his candour and appreciated for his philanthropy which helped innumerable needy children. His contribution will  be cherished.” Likewise, Prime Minister Narendra Modi appreciated his work in maintaining communal harmony and brotherhood. Defence minister Rajnath Singh, Congress leaders Rahul Gandhi and Priyanka Gandhi, Delhi chief minister Arvind Kejriwal, UP chief minister Yogi Adityanath, Bahujan Samaj Party’s Mayawati, Samajwadi Party’s Akhilesh Yadav and all top leaders across party lines condoled his death, and described it as a great loss to the social and educational movement in country, specifically in area of religious harmony.

In an effort to bridge differences between communities, Sadiq himself used to organise inter-faith dialogues and also took part in such events organised by saints of the Hindu community. Sadiq used to speak and participate in Ram kathas conducted by revered Hindu saint Morari Bapu. He used to visit ‘Art of Living’ sessions by Sri Sri Ravi Shankar and also invited him to his institute, Unity College, where he organised an inter-faith programme while felicitating ISC toppers. No function at Unity College commenced without renditions from the Quran, Bhagwat Gita and Bible.

Also read: A Tale of Two Durgas: Cardi B and the Narrowing World of What Can Be Meddled With

Sadiq’s annual lectures in the month of Muharram were globally acclaimed and he was in high demand in Europe, the US, Pakistan and Canada. His lectures on ‘The Quran and Science’ delivered in the US brought Sadiq global recognition and made him a face of reformist Islam. His view, though, was that Islam is already reformed from the beginning – what is needed is to free it from the clutches of unwanted customs developed by pseudo-scholars or Katth-Mullahs.

He grabbed headlines in 2017, when he went against the AIMPLB’s official stand and advocated for peace in the Ayodhya dispute, asking that Muslims respect the court’s ruling if it went against them. He further went on to say that Muslims should hand over the disputed land to Hindus if the ruling was in their favour. By doing this, he believed, they can win ‘a million hearts’. The void he has left behind will be felt more amidst rising sectarianism and religious polarisation.

Moved by the poor conditions of the Muslim community and poverty and illiteracy they faced, Sadiq set out to educate his society. He was often heard saying in his speeches, “I exhort you all to three things: education, education and education.”

In a recent interview, he said:

“I think one of the most crucial challenges facing the Muslims of India is that of education. We must make that one of our foremost priorities. Imam Ali, the son-in-law of the Prophet, said that he who doesn’t know about something, he becomes its enemy. Likewise, there may be some maulvis who know nothing about modern education or science and, therefore, oppose it.

…This time is not for building palatial mosques, but, instead, for using our resources for setting up schools, colleges, polytechnics and research institutes. I also say that much of what is being taught in the name of religion has nothing to do with true religion or spirituality. True religion inheres in values, not just rituals.”

The treasured legacy of over a dozen institutes in different parts of the country, including schools of science and medicine, that he has left behind prove that he did not limit himself to words, but rather waged a community-wide war against illiteracy and ignorance. It was because of his tireless efforts and initiatives that he is often called ‘the second Sir Syed’. Speaking about the Ayodhya dispute at another instance, he remarked,”A mandir should definitely be constructed there, but a vidya mandir.” In 1984, he founded a philanthropic society, the Tauheedul Muslimeen Trust, aimed to provide education and scholarships to underprivileged students. The Trust describes its mission as “to develop educational, health and moral potential of the underprivileged and most vulnerable members of Indian Society by providing financial resources, establishing educational and training institutions, health care centres and adopt programmes that promote individual responsibility and community participation”. Over three decades, it has provided monetary assistance to thousands of students irrespective of religion in Lucknow and other cities.

Several schools, colleges, technical education institutes, charitable hospitals and free education programmes have been running under the banner of TMT. A network of hospitals under the aegis of TMT offers low-cost health assistance to people below the poverty line, persons with disabilities and widows.

Sadiq was also the president of Lucknow-based Era Educational Trust, which manages Era’s Medical College.  The hospital was hailed recently in the fight against COVID-19 for having the best recovery rate in the city. Apart from this, he also established the Hiza Charitable Hospital in Lucknow’s old city, to provide affordable care to marginalised sections of society.

He was very vocal about women’s rights and their education. He opposed triple talaq, again going against the opinions of his organisation. Though bedridden for the last three years, he made a public appearance on a wheelchair at the Clock Tower earlier this year, to extend support to the women agitating peacefully against the CAA and NRC. “I appreciate the courage with which the women are staging the sit-in in this chilly winter,” he said. Calling children and women the real ‘Shah’, he also added that it was for the first time in his memory when women came out to register their protest.

Being a champion of women’s education, I still recall one of his unfulfilled dreams wherein just a month ago, he reiterated his desire of establishing a Unity Girls’ Degree College to provide equal opportunity to women students. He stated this desire in several conferences and meetings too, and had met former UP chief minister Akhilesh Yadav and SP head Mulayam Singh in this regard.

Sadiq’s demise has created a huge void in the country, at a time when his views and work were much needed to create a doctrine of love and harmony. India today needs more of Kalbe Sadiq’s to realise the dream of fostering educational needs, improving public health infrastructure and eradicating poverty.

Dr Faiz Abbas Abidi is a junior doctor based in Lucknow. He works on digital health interventions, biomedical research and public health. He tweets at @doc_faiz.