Pilgrims from Pakistan – who come every year – could not attend the auspicious Chhati Sharif of the Urs because they were unable to get visas. 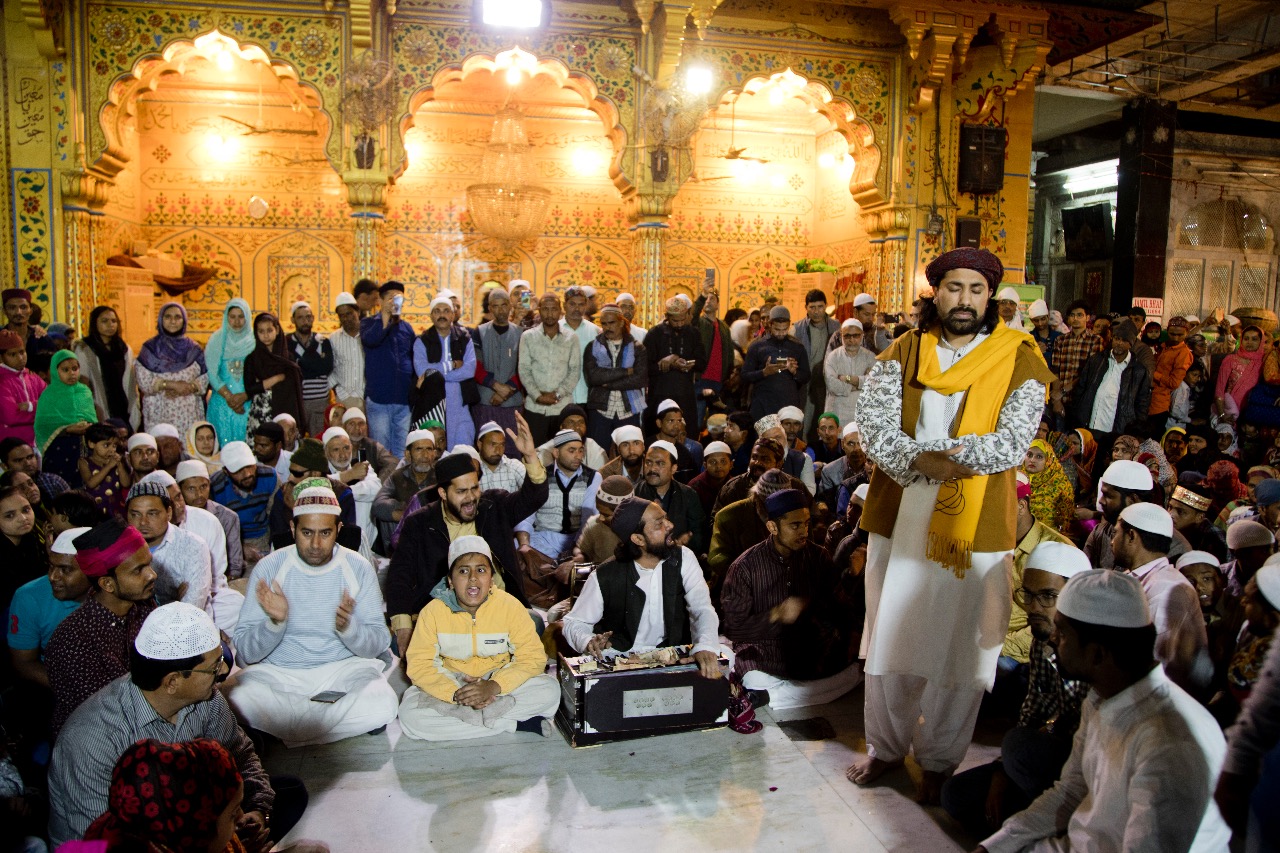 Ajmer: As always, the annual Urs at the dargah of Sufi Saint Hazrat Khawaja Moinuddin Chishti, which concluded on March 28, ended with a Badi Kul (a ceremonial prayer). The auspicious Chhati Sharif of the Urs – the 806th – was held on Monday.

The successful and grand Urs was marred with poor management of the event and a break from convention when pilgrims from Pakistan – who come every year – could not attend because they were unable to get visas.

According to a report, around 500 Pakistani pilgrims had applied for the visa. However, New Delhi did not consider their applications due to the recent diplomatic standoff between the two countries. According to a 1974 India-Pakistan bilateral protocol on visits to religious shrines, New Delhi is bound to grant a visa to Pakistani pilgrims. Over 400 Pakistanis had attended the ceremony last year. 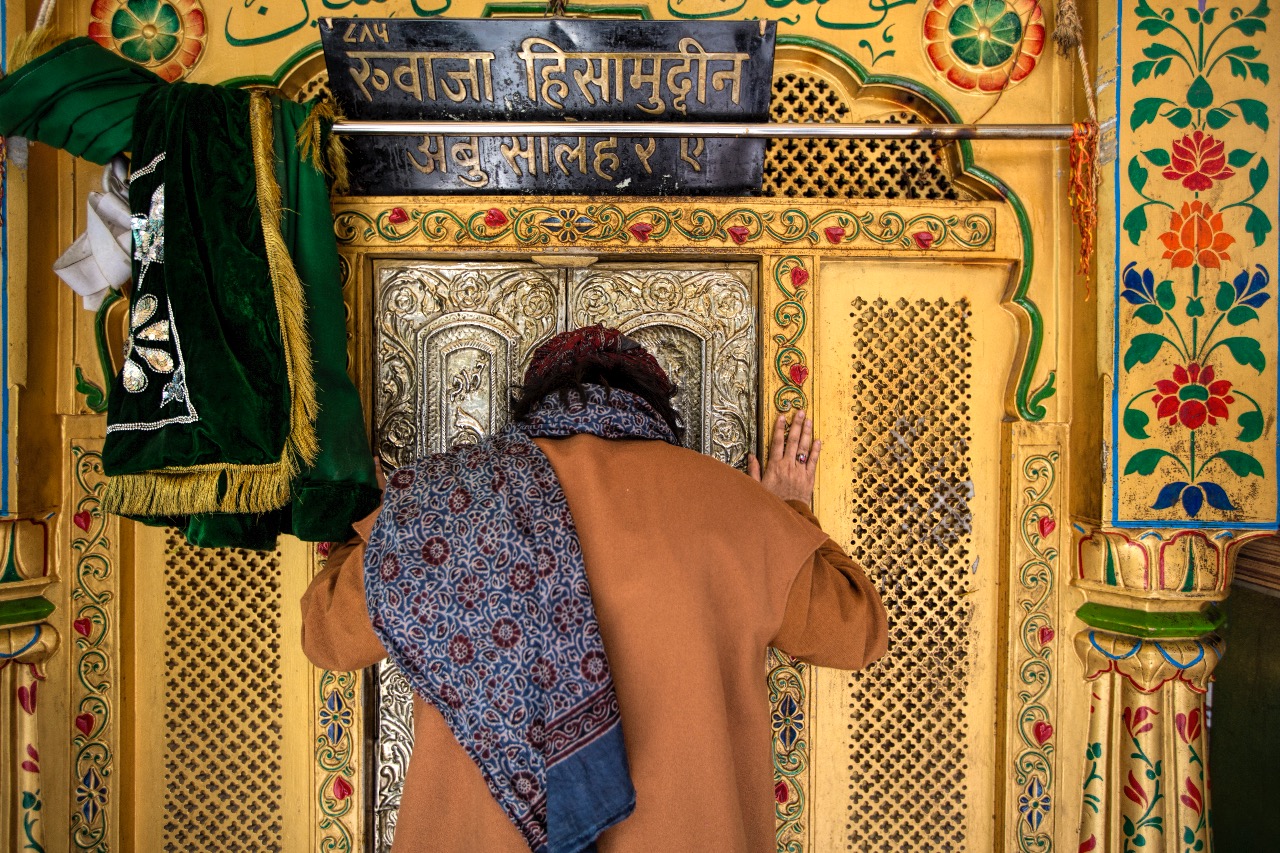 ‘Unlock the door of love and peace’. Credit: @sufimusafir

Haji Syed Salman Chishty, the chairman of the Chishty Foundation said: “It was very unfortunate to witness a religious pilgrimage getting embroiled in a diplomatic row. In the light of 1974 convention, Medical and Religious Pilgrimage Visa are not supposed to be stopped – this has been the norm for devotees who want to attend Ajmer Dargah Sharif’s annual Urs celebrations. The government’s decision not to grant visas will reduce possibilities of people-to-people dialogue.” 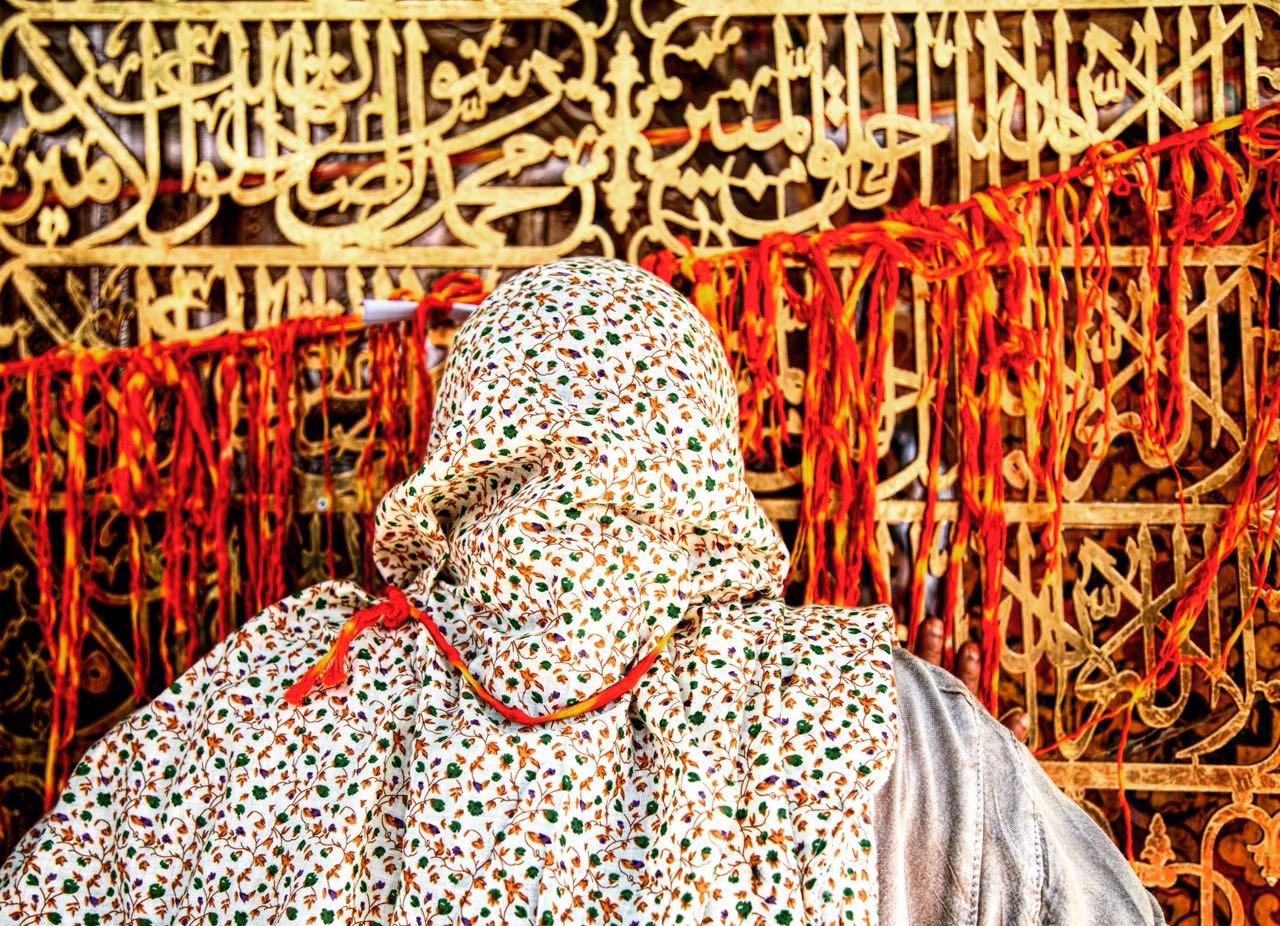 A female devotee making a wish at the famous Golden Gate. Credit: @sufimusafir

He said that the minister of external affairs Sushma Swaraj has always been generous with visas to Pakistani citizens who want to come to India for medical treatment. “We request the minister to also personally ensure visas for Sufi pilgrimages. It would be really sad and unfortunate for Indian devotees and pilgrims if Islamabad responds by banning Nankana Sahib for Sikh devotees and Shahbaz Shah Qalander for Sufi devotees from India,” he said.

The Urs (death anniversary) of Khwaja Moinuddin Chishti, also known as ‘Gharib Nawaz’ (saint of the poor) is celebrated by a large number of devotees of the Sufi tradition from all over the world. 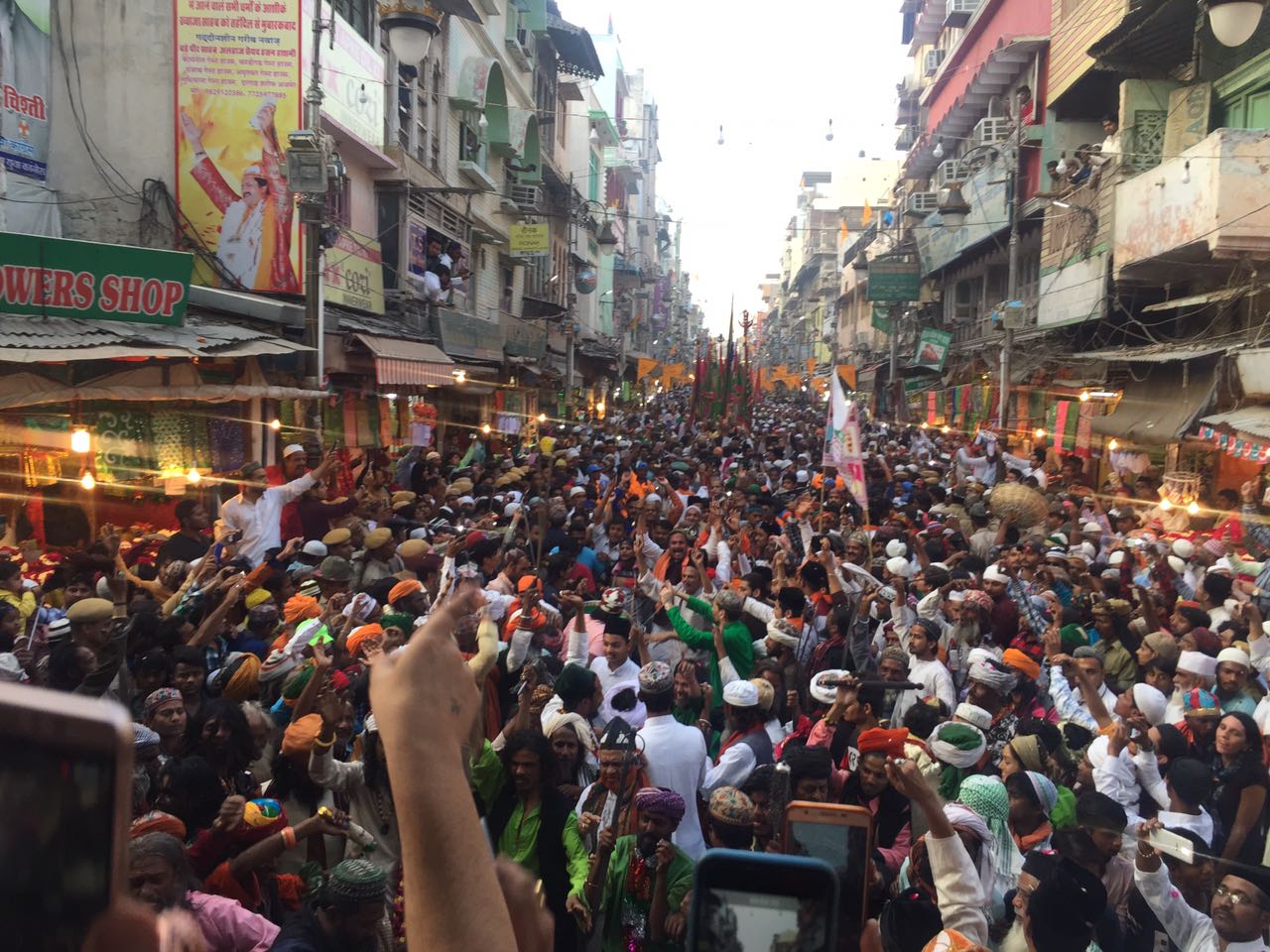 On the very first day of the commencement of the Urs ceremony this year, a chaadar was offered at the dargah on behalf of Prime Minister Narendra Modi. Later, during the Urs, chief minister of Rajasthan Vasundhara Raje also offered a chaadar on the grave of the Sufi Saint.

Over five lakh Zayreen (devotees) attended the ten-day long celebration, where community feasts and qawwalis were held every day. 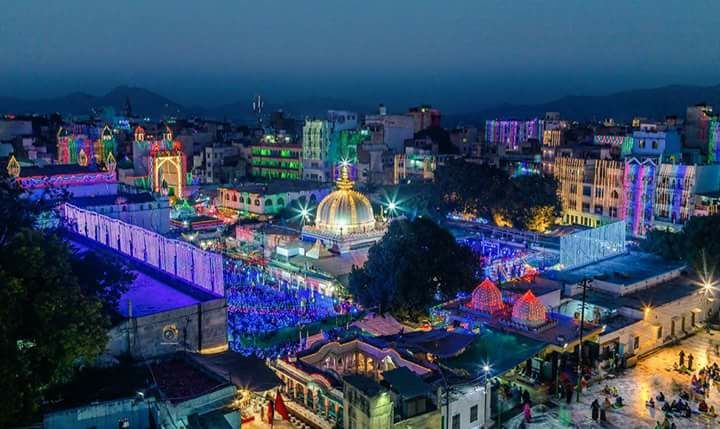 Visitors were, however, not satisfied with the poor management of the event. There was adequate security for the pilgrims but basic amenities, such as toilets were missing, causing great distress, especially to women. “I had to go back to my guest house every time because there were no proper toilets,” a devotee, Noorjehan said. Drinking water too was difficult to get. 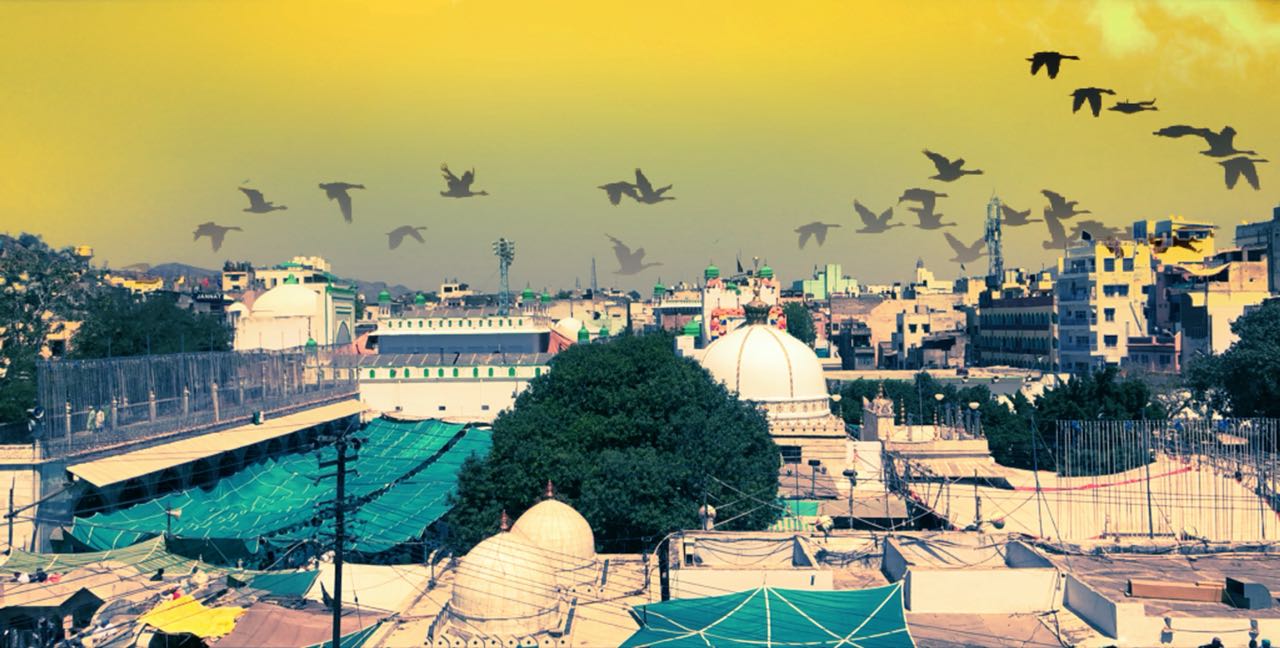 Haji Syed said that the present Dargah Management Committee, appointed by the Ministry of Minority Affairs, had failed to arrange for basic amenities. “A few years back, a community toilet complex used to exist at Solakhambha but that land is not available anymore. We have been demanding the construction of a multi-level toilet complex but unfortunately, the present management committee is reluctant to do this.”

The committee gets funds in the form of donations from devotees and aid from the government.